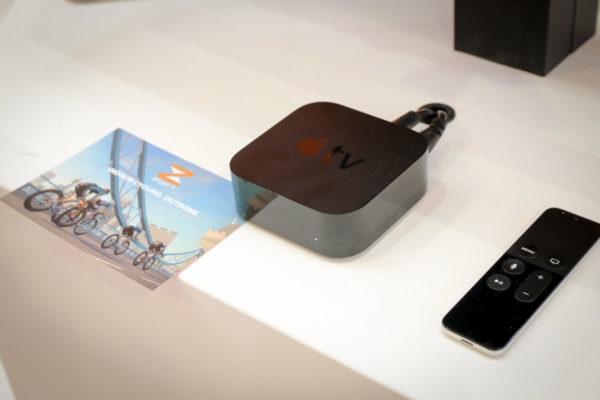 For many of us, it’s getting to that part of year where it takes more time to find and put on enough gear to stay warm, than the amount of time you actually spend outside. Ok, that might be a bit of an exaggeration, but the days are getting shorter, the temperatures colder, and that means more time spent on a trainer for a number of cyclists.

But thanks to the best thing to happen to trainers since sliced bread (training sandwiches?), life has gotten so much more tolerable while suffering indoors. We’re talking about Zwift of course, and moving forward into the 2017/2018 trainer season, there are a ton of updates to make things even better. 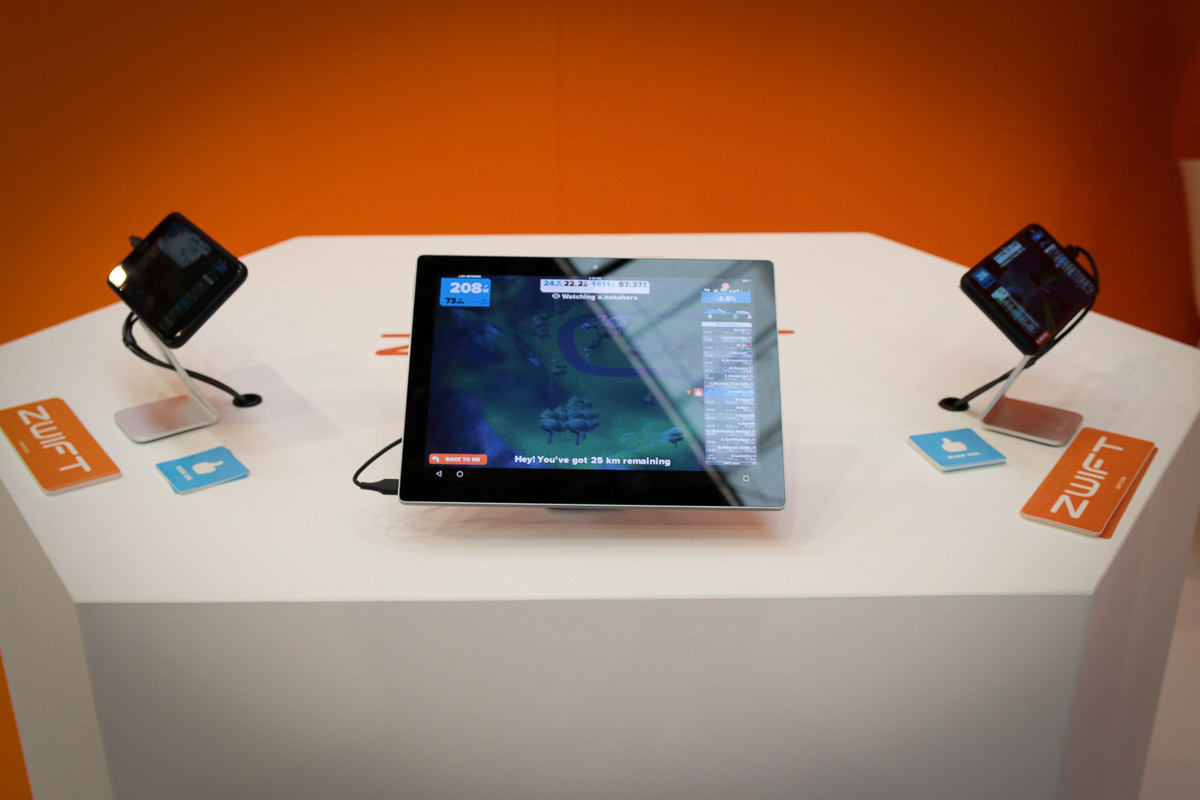 One of the biggest announcements is that Zwift will soon be available on Apple TV. Using a free app, users will be able to use Zwift just like they would through their computer or phone, just through the Apple TV environment. Take note though – we’re told it will only be compatible with the latest 4th gen Apple TV which may leave a lot of users out in the cold.

Also in the works is Zwift on Android which will finally open up the training app to those who haven’t bought into the Apple platform. Officially an invite-only beta test program, Zwift expects a fully functioning Android version by the end of Winter 2018. 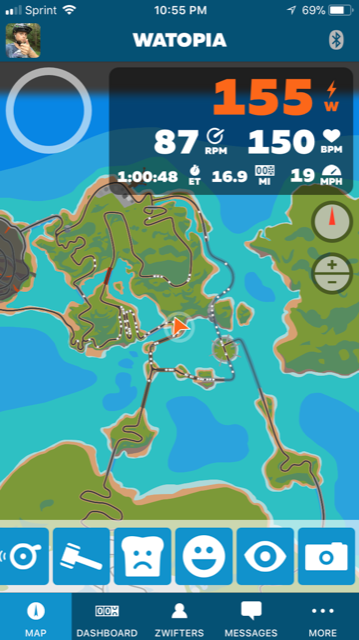 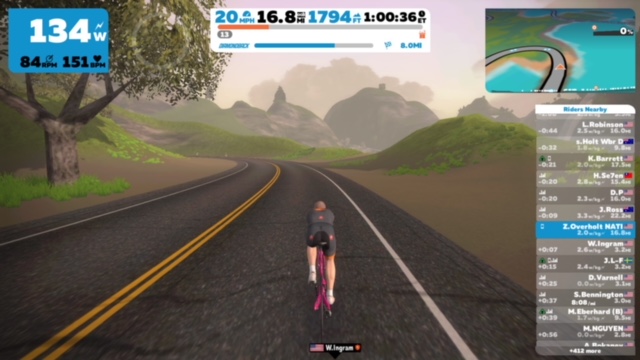 As far as in-game updates go, the Zwift Mobile Link 2.1 offers vastly improved maps with real time rider locations so you can actually figure out where you’re going and where you might want to go. The improved mapping also extends to the desktop/laptop minimap with better overlays to make it easier to navigate. The messaging center is also far better as is the ability to join other Zwifters you follow mid ride.

On that note, Group Workouts have also arrived with private chats, shared workout goals and the ability for riders of different skill levels to ride together without worrying about getting dropped.

Are you at level 10 yet? If so, you’re about to gain a new world with the Mayan Jungle course expansion. The Mayan expansion is part of the Watopia map, and is accessible through three different course options in the game – as long as you’re level 10 (or riding with a friend, or a special event).

And there’s more – Zwift also offers running options for anyone using footpods or sensors, and while it’s been a hidden option for almost a year, more running features are on the way. Which means we can expect a full release in the near future. There’s also new cloud storage for workouts coming in Spring 2018, a new virtual store for avatar customization, and more slated for the coming year.

Wow, the super lacking support for android is disappointing. Not to mention the fact that I had to go buy a new computer because my Zwift wouldn’t allow me to run the program on my perfectly capable laptop because it didn’t have the right graphics card for a cartoon.

It’s not even remotely a cartoon, but a fully 3D rendered environment. No different than any first-person shooter PC game. For cheapest access it is possible to play on iPad etc, or you can put together a budget PC so long as it has a suitable video card, the other specs are fairly non-demanding. AppleTV will be the cheapest option but may not be quite prime-time at the moment.

A PC with a GTX 1070/1080 however gives an amazing experience. If you are serious about Zwift training time, then is worth the investment IMHO.

I run Zwift @1080p on a 2 year old Intel integrated graphics laptop. Try lower res. just because you can surf the web and watch YouTube does not make your machine perfectly capable of running a game.

Word from the Zwift podcast is that Zwift is planning to double the monthly subscription rate in order to pay for the runners expansions and all of the various Zwift Academies and who knows what else most of their subscribers don’t care about. Maybe there will be enough money left over to finish developing your Android version (but I wouldn’t count on it).

Android is ALREADY under development and should be in use (beta at least) this winter.

As to price change, yes, there is likely a change coming. But anyone who claims to know the exact amount (doubled in your reference) is guessing (unless they are IN with Zwift HQ).

Is ‘mirroring’ not a option to play Zwift on a AppleTv?

It is an option. Sometimes it’s a bit laggy compared to running it directly on the Apple TV.

I think the zwift software needs a ton more core updates before they start adding more features. Their menu system is crap, it still exits the program when you finish a ride. Ant+ support is garbage. Last time i tried a workout it would kick out of erg mode if you stopped for a second. They NEED spindown calibration routines in zwift. Warm up 10 min, zwift makes you do a spindown or PM calibration (THIS NEEDS TO BE DONE) the fact it hasn’t been implemented is a joke.

Zwift has had spin-down for a few months:

I quit zwift and went to trainer road. For what it’s worth Zwift is great! I still have an account for my kid. I maxed out my level and felt like I had “beat” the game. On to trainer road (which is still lacking imo) coupled with training peaks. I would rather watch Netflix than Zwift anyways.