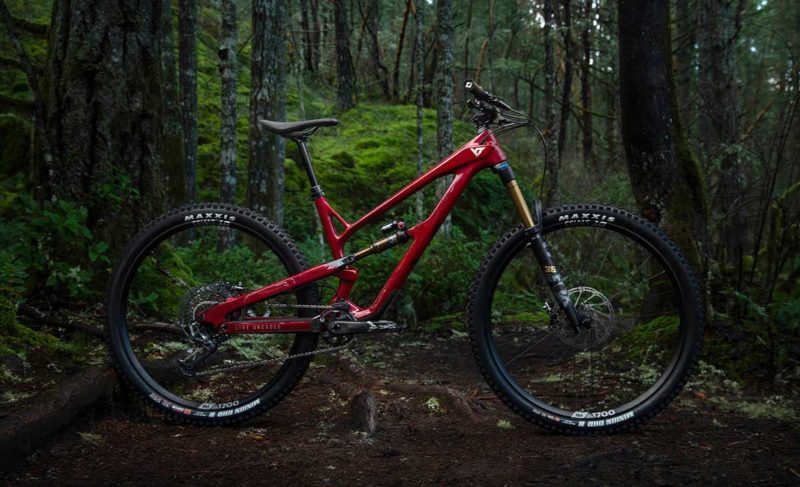 YT have announced the retirement of the old Pro Race, Race, Comp and Base model classification, replacing it with the Core line-up. The YT Jeffsy is the first of the YT mountain bikes to enter the new classification system, which will number models from 2-4, with Core 4 dripping in the highest value spec of the lot. Here’s a quick overview of three new YT Jeffsy Core bikes, priced from $2,799 up to $4,999. 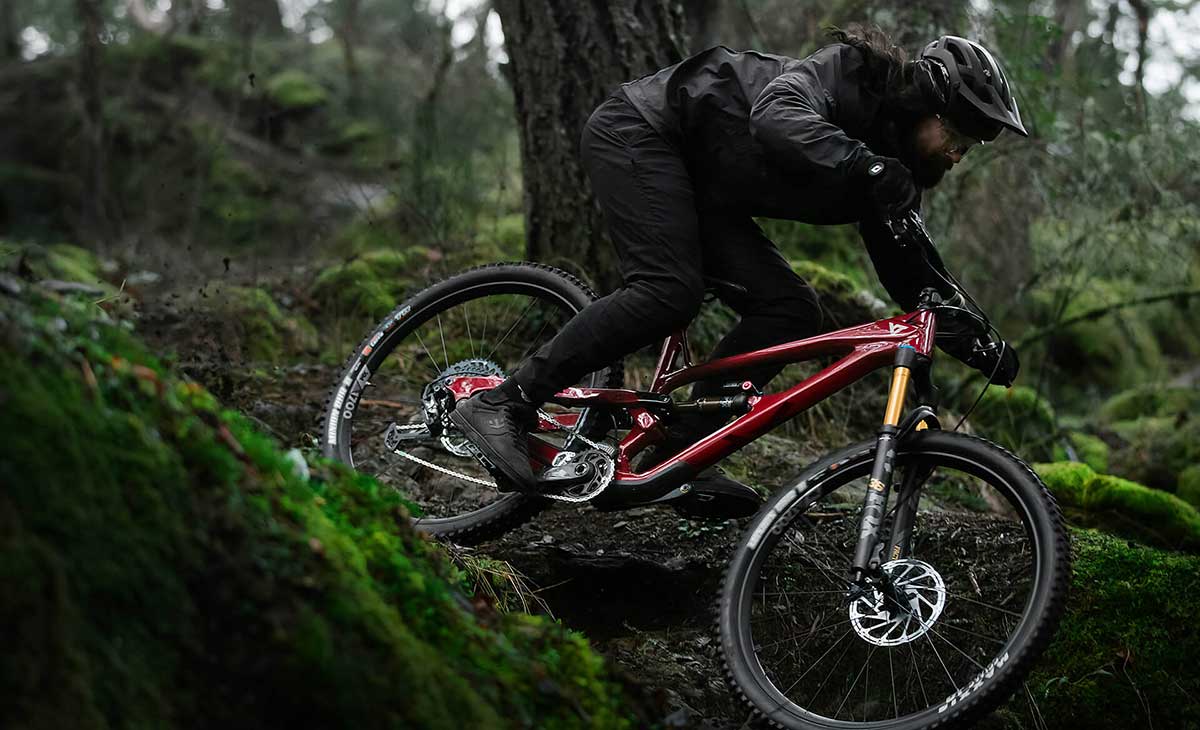 The YT Jeffsy is their all-mountain offering available in 27.5″ and 29″ wheel size options. The former rocks 160mm of balanced suspension, front and back, while the latter gets 150mm of travel. You can get it in alloy and carbon, but that depends on which Core model you opt for… more on that to come.

First, this. We have Core 2, Core 3 and Core 4 models of the YT Jeffsy. So, where on earth is the YT Jeffsy Core 1? Who knows. It could be that they may release a frameset only in due course, but that would be uncharacteristic. Likely the Core 1 will be an ultra budget-friendly alloy option. We’ll have to wait and see. In the meantime, here’s what’s available right now. 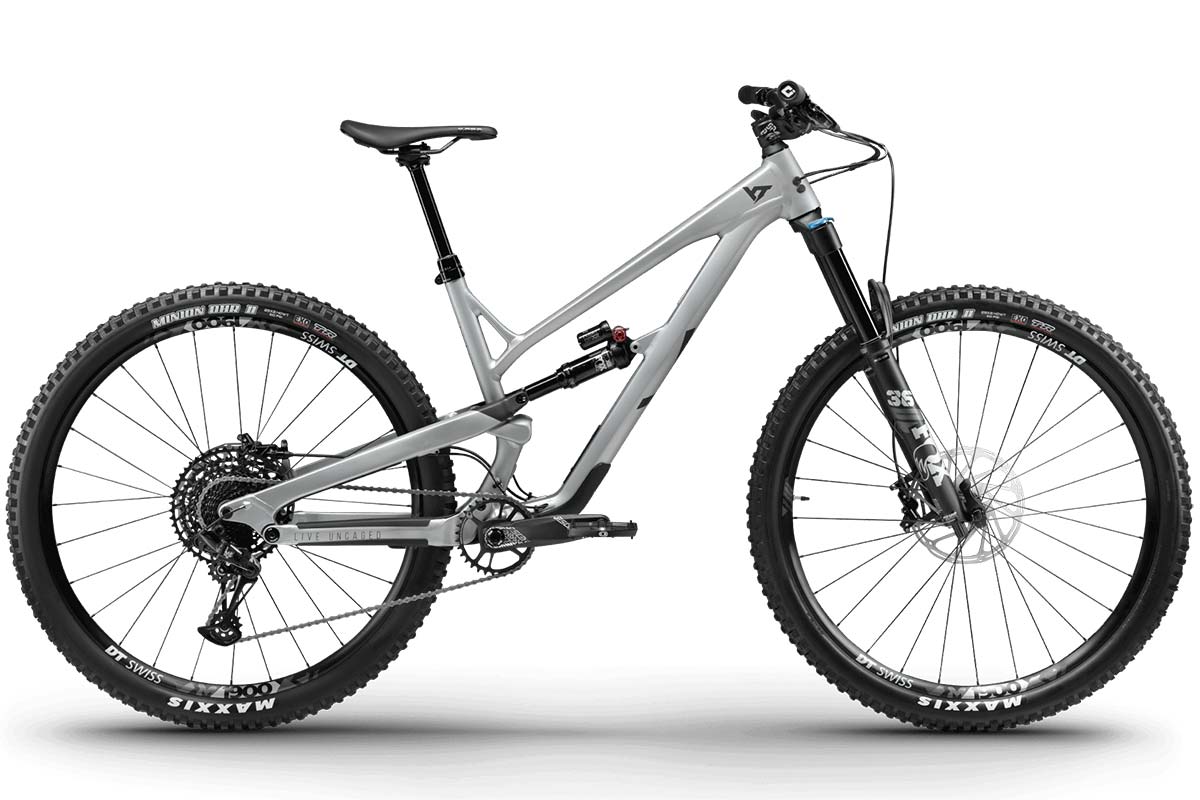 This is the lowest priced Jeffsy Core, priced at $2,799. Unlike the more expensive Core 3 and Core 4 models, the Core 2 is available in both 27.5″ and 29″ options. It gets a hydroformed double-butted aluminium frame decorated in the following key spec: 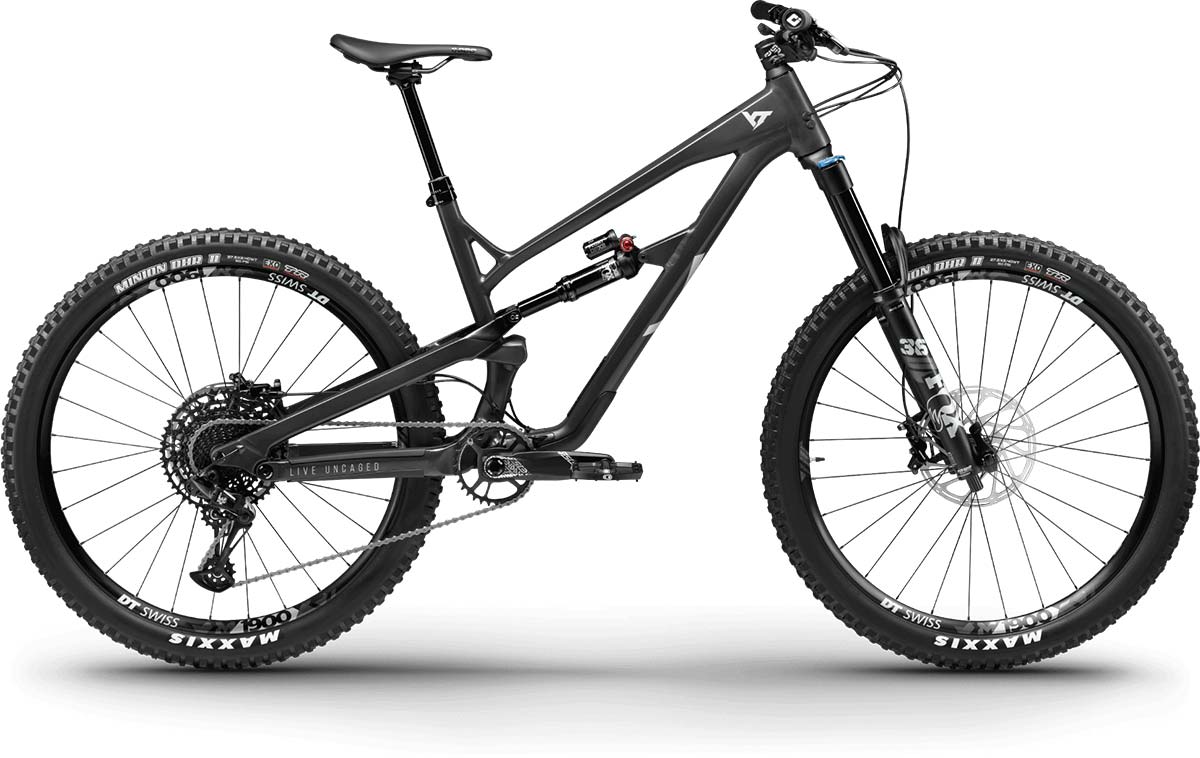 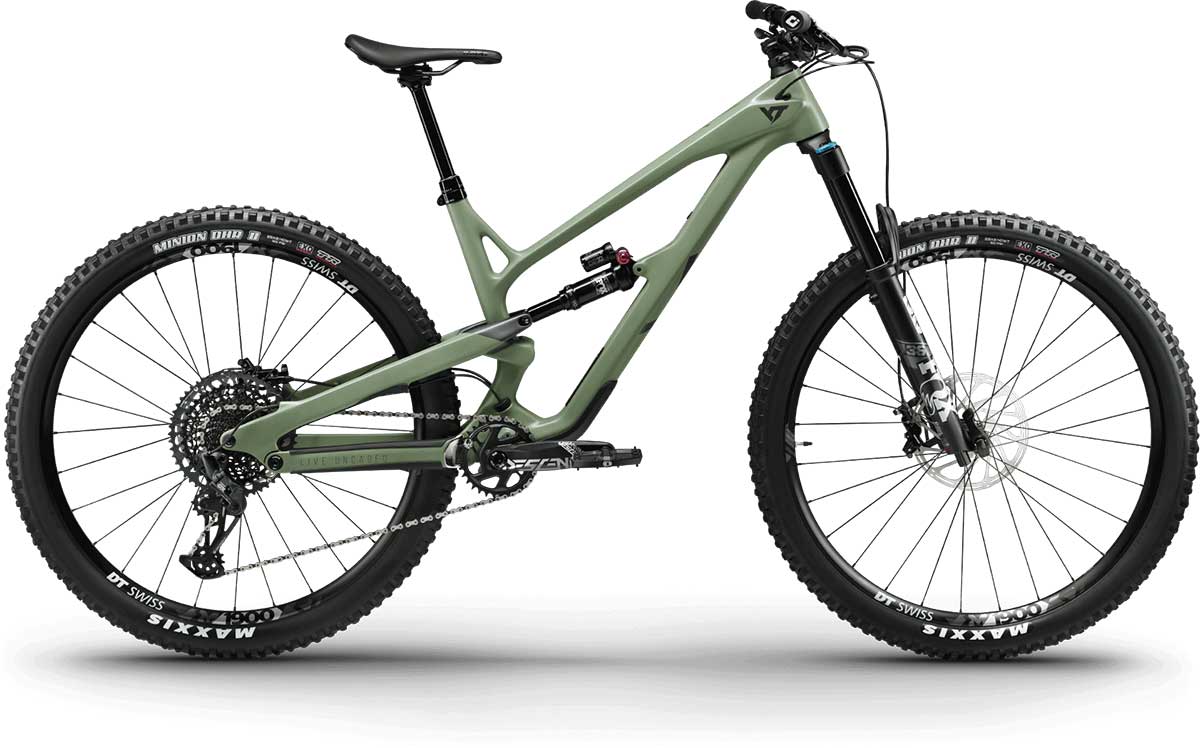 The mid-range YT Jeffsy Core 3 is a carbon frame and is available as a 29er only. For $3,999, this all-mountain bike is kitted out with the following noteworthy components: 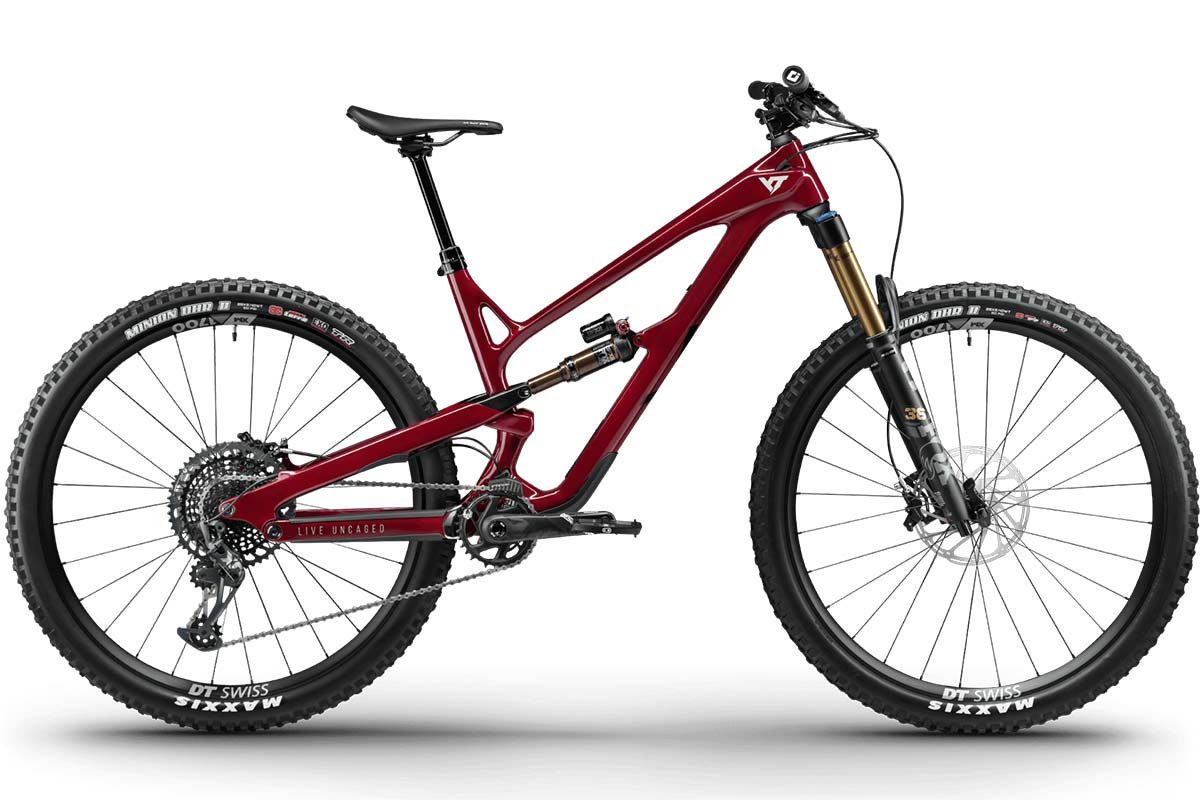 The top-of-the-range Jeffsy Core 4 is also a carbon 29er, retailing at $4,999. That cash gets you the following high-end parts: 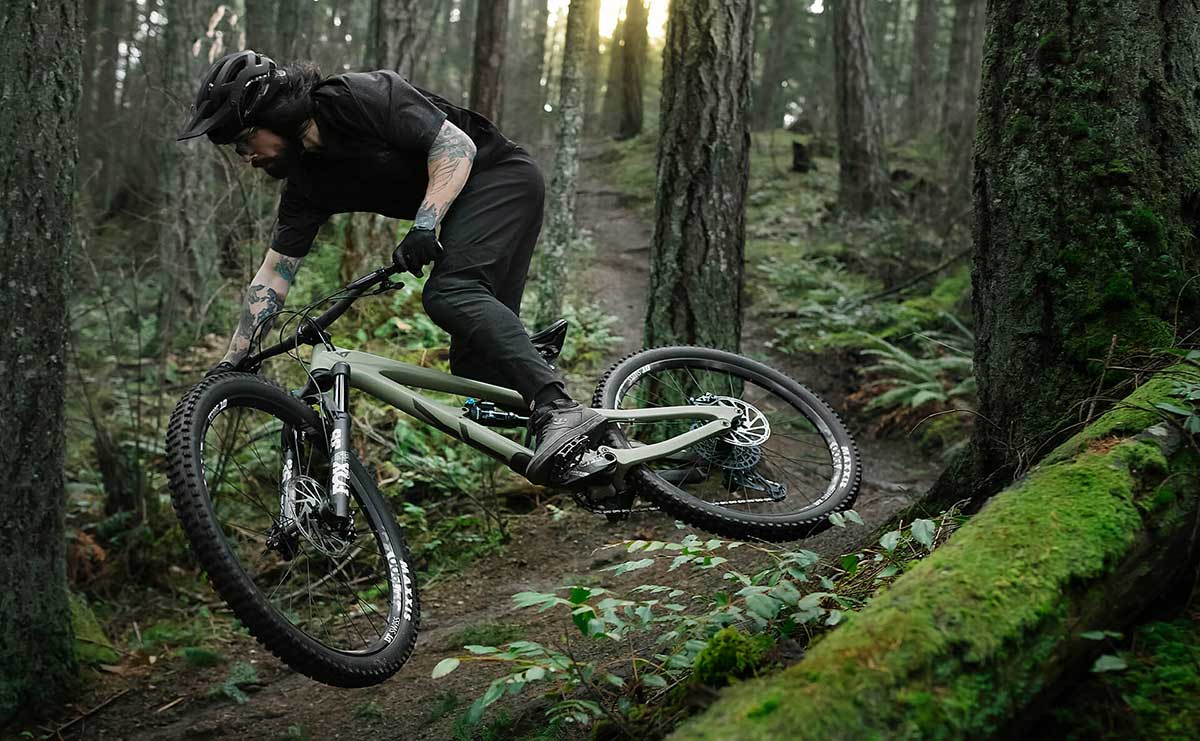 A key change with the new YT Core bikes is that the brand will carry out running updates on the specs as and when new components become available, rather than relying on annual updates. This will ensure that riders get the latest componentry available across the industry. Other direct-to-consumer brands benefit from this business model, like Bird for example. An Uncaged model; the YT Capra Shred with coil shock

In addition to the Core line, YT will also be releasing Uncaged models. These will be limited edition models with unique spec tailored toward particular riding styles. Each bike in the YT stable; Izzo, Jeffsy, Capra, Decoy and Tues, will eventually be available in both Core and Uncaged models. You may have already seen some examples of the Uncaged line; the Capra Shred and Decoy Shred were ltd eds with coil shocks. Another example would be the Blaze models of the Izzo, Jeffsy and Capra with RockShox Super Deluxe Ultimate shocks released in February. Brace for more Uncaged models to come.

Warning, those YT carbon frame pivots use bushings instead of bearings and get hella flexy real quick…

I’ve never heard of YT using bushings and all of the YT I’ve worked on had bearings everywhere.

Unless you are referring to the shock mounting hardware, where it’s standard to have bushings. As far as I know, only trunnion mount shocks have bearings.

Check out the horst pivots. They are indeed IGUS bushings on my buddies 2020 carbon YT Decoy. Looked straight out of the 1990’s era.

Nothing wrong with bushings in the right locations. If they are high load low rotation they actually stand up better than bearings. As long as they are good quality there should be no issues.

In 700 miles he had to replace these bushings twice. That is the issue. YT customer service did send out replacement IGUS bushings at no charge.

yep that seems a little high for twice. I change the bushings on my warden when I change the bearings and they are usually in decent shape and I put on around 850 miles a year different location but similar rotation. Maybe they just didn’t spec it correctly to save a few cents.

i feel like these bikes get heavier yearly haha. looks great tho