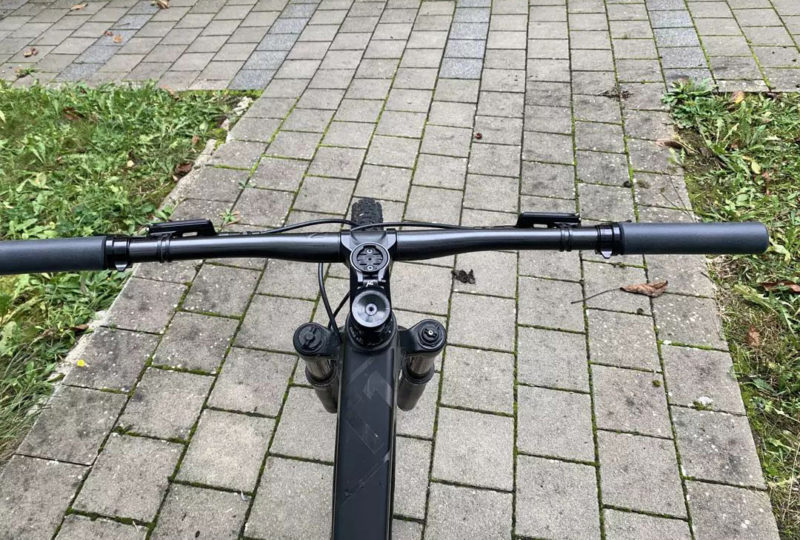 These aren’t the first twist shifters we’ve seen from Swiss brand Zirbel, but they are the first designed for flat bar mountain bikes and the latest SRAM Eagle AXS rear derailleurs.

Technically, you could pair these with any AXS derailleur, front or rear, but with the flat-bar specific design, they’re looking like the cleanest option for shifting those wireless Eagle mechs.

Available in two versions, the WE01 has a tiny paddle on it, giving you a bit of a thumb lever to push against. It comes in left and right versions, which corresponds to the side that the wires stick out on. So, you’d probably want to order based on which direction you want the wires headed…either along the bar toward the stem, or headed outboard to a wire port on the handlebar. 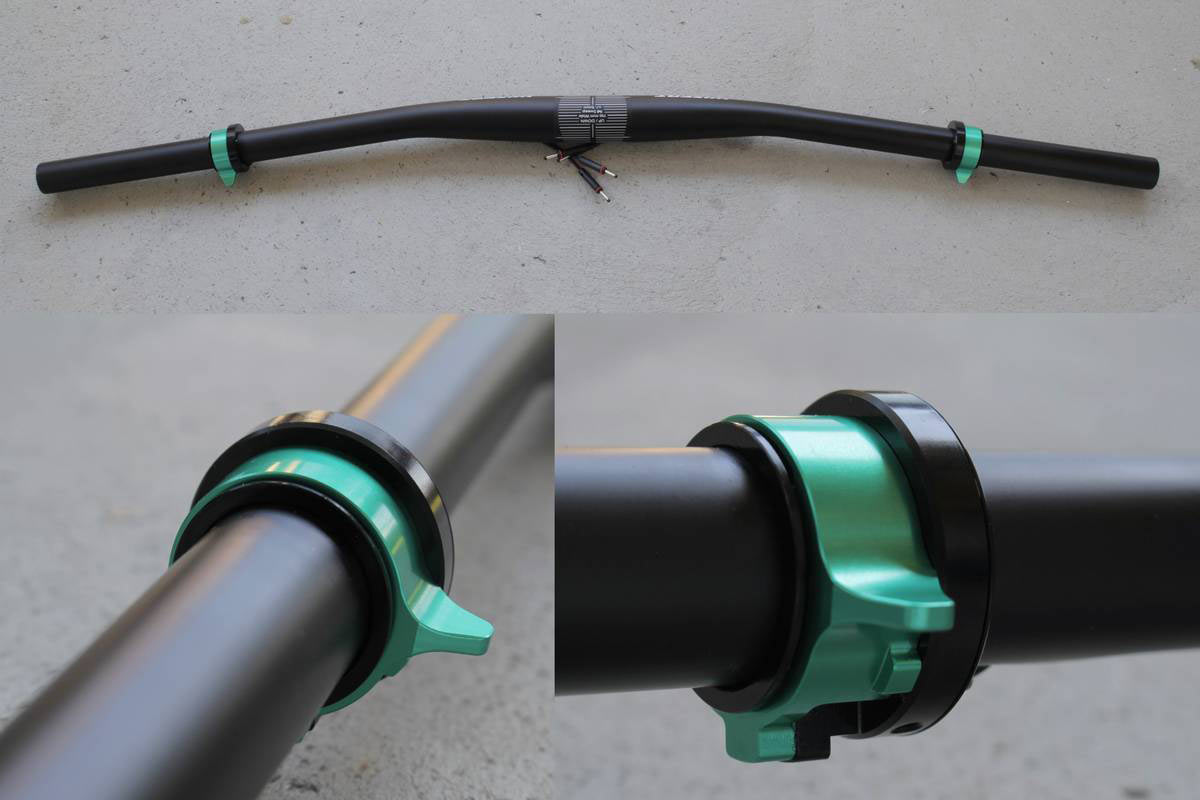 There’s also a Pro version that has a carbon fiber base with green-anodized bezel. 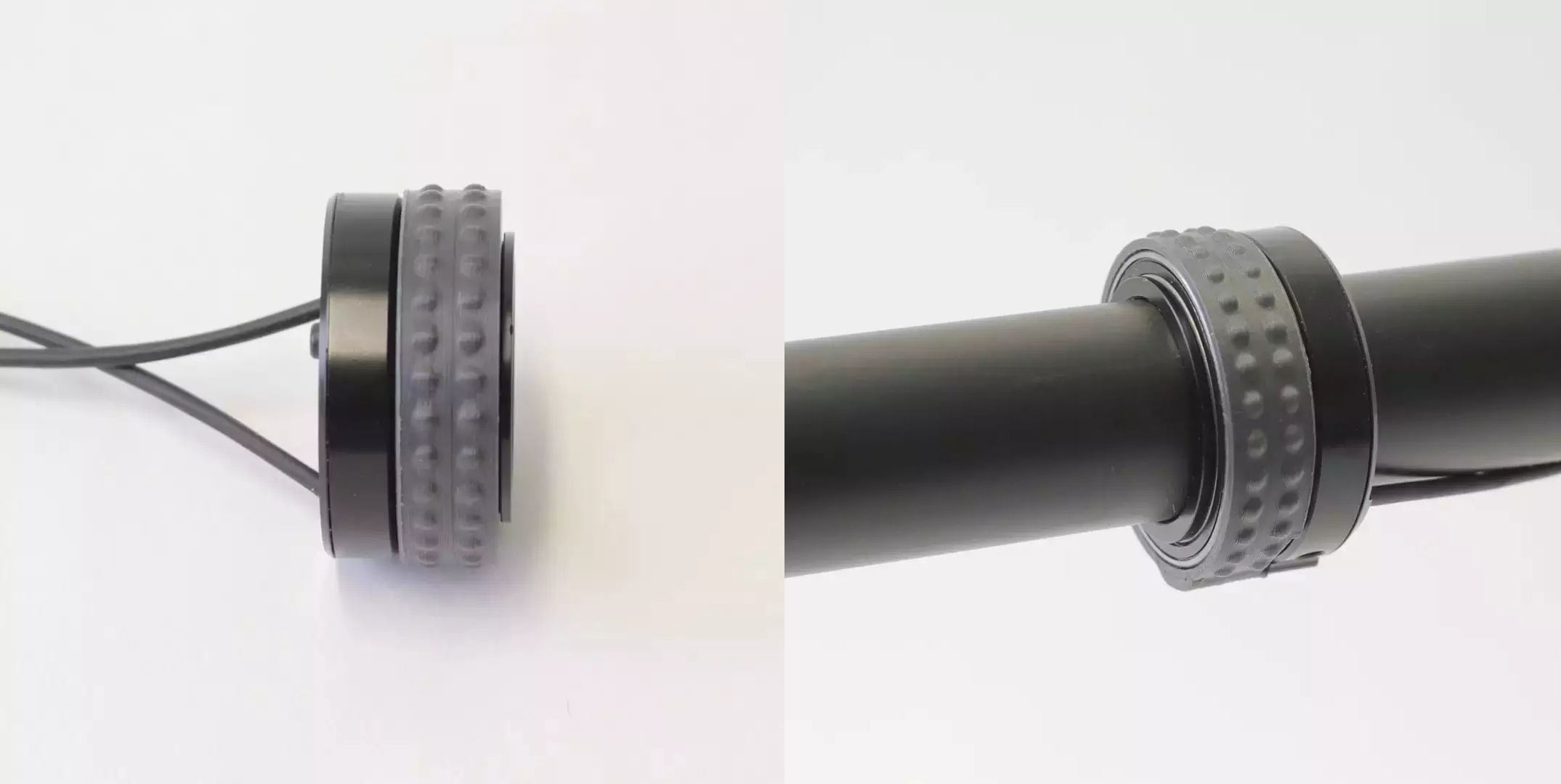 The WE02 is a pure twister, with only nubs on the twist ring to nudge it up or down…or not. 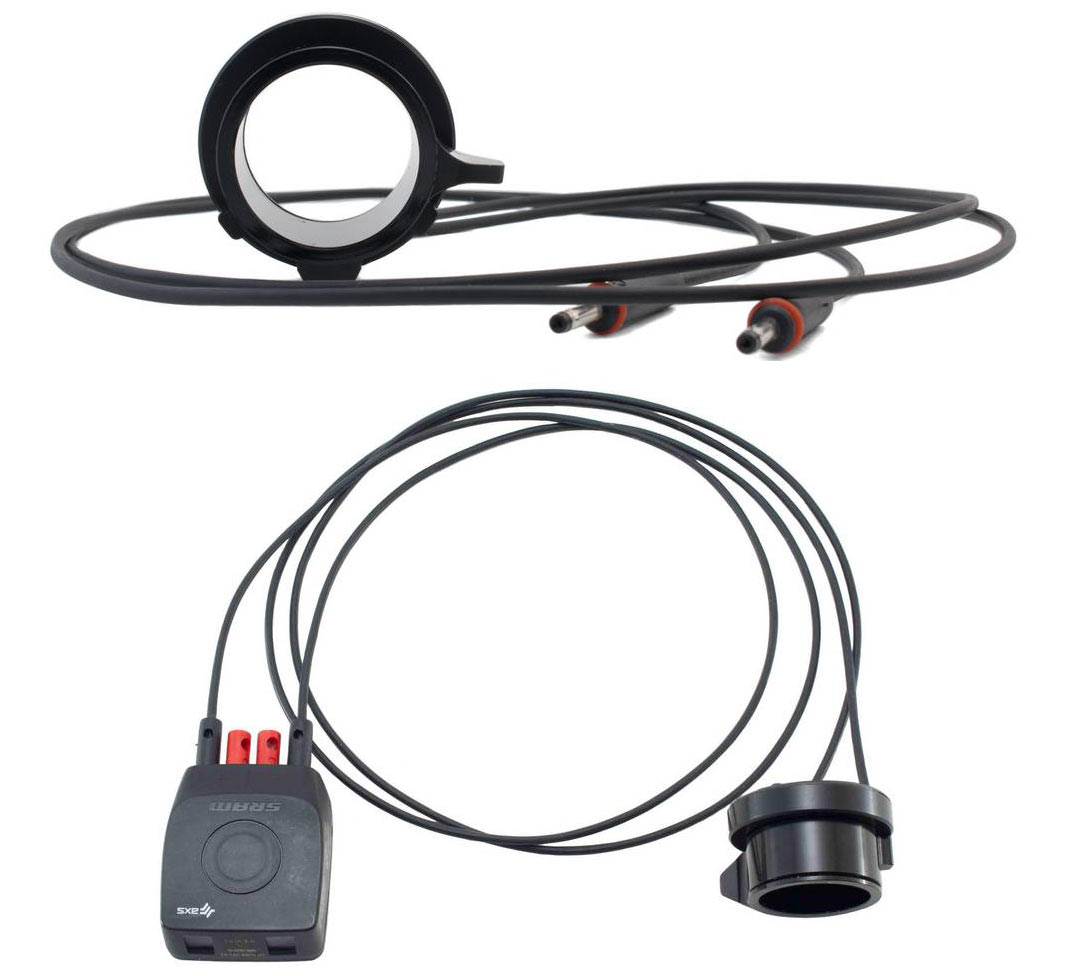 Both versions wire into a SRAM AXS BlipBox, which sends the signal on SRAM’s proprietary wireless protocol. This means you can program it with SRAM’s app to control both a rear derailleur or a dropper post. Or even a front derailleur if you wanted.

You’ll find these on some of Dangerholm’s custom lightweight builds, sometimes taking it even further with a deconstructed, custom-wired BlipBox.

And should you want to control your smartphone, too, you’ll want their WI01 handlebar kit, which comes with left and right WI01 twisters preinstalled. Click down on either side to shift, setting it up more like SRAM’s road AXS shifting.

Click up to control various functions on your phone. Customize it to take a photo, turn volume up or down, or skip tracks, so you can adjust music or whatever without taking your hands off the bars.

Grip shift is back.

Really cool design, but the wires and blip box ruin it.

This could be a SRAM product but they playin.

On the Zirbel Instagram-Chanel there are some More Pics of the Bike.

How about a wireless shifter system with wires? 😀