Now in full swing, there’s some interesting news from the Consumer Electronic Show that may lead to safer cycling. Back in September, Trek announced that they would be partnering with Tome software to create an AI based bicycle to vehicle (B2V) communication system that would essentially tell oncoming cars that a bicycle is upcoming. This isn’t the first attempt at getting smart bicycles or accessories to interact with automotive safety systems (POC and Volvo come to mind), but the inclusion of big brands like Trek and the Ford Motor Company carries some serious weight.

Today, Trek and Tome have announced another layer to the safer cycling equation. Calling it Cellular Vehicle-to-Everything (C-V2X) communication, the system promises to allow vehicles to communicate with the surrounding infrastructure. While still in the development phase, the goal of the project is to create a better ecosystem for transportation where the various modes communicate with each other to cut down on collisions. We imagine that this could lead to stop lights that would actually trip for cyclists, or vehicles that would be force to slow down if someone is using the cross walk.

Trek says that their contribution will include Trek and Bontrager branded products that will alert oncoming drivers of bicyclists giving them more time to react and (hopefully) slow down. It’s possible that the system could even tie into automatic collision avoidance systems that theoretically could make bike vs. car collisions a thing of the past. We’re still likely a ways out until we see the first products from the collaboration, but it’s great to see more resources devoted to improving on-road safety for cyclists.

Progress toward active-cycling safety integration to be presented at CES

(Las Vegas, NV) – Trek Bicycle and Tome Software are leading the drive to make roads safer for cyclists. With the support of Ford Motor Co., they’ll continue a movement toward an industry standard for active-cycling safety in 2018.

Trek and Tome are showcasing the development on an AI-based bicycle-to-vehicle communication system (B2V) at Ford’s booth during the 2018 CES in Las Vegas.

B2V is now adding Cellular Vehicle-to-Everything (C-V2X) technology to its technical roadmap. C-V2X has the potential to help cities around the world create safer, more capable infrastructure and connect vehicles to a larger communications system. It is designed to allow vehicles to directly communicate with other vehicles, pedestrian devices, bikes and roadside infrastructure, such as traffic signs and construction zones. C-V2X also provides opportunities for direct bicycle electronics integration, as well as mobile phone app integration for cyclists.

Originally announced in September 2017, Trek and Tome’s collaboration has now expanded the research and development phase of B2V to include automotive and smart-city integrations, with the goal of reducing the number of cyclists killed and injured on the road. Ford is supporting the work that Trek and Tome are doing to evaluate the technical opportunities and the best user experiences for cyclists on roadways.

Cyclists are an important and growing part of urban mobility and multimodal transportation and B2V will be critical to the future of safer cycling, where vehicles, devices, and the surrounding environment communicate wirelessly.

“Ford has been supportive of our mission to make cycling safer since day one and we all understand how important it is that B2V technology is open and shared,” said Tome founder and CEO Jake Sigal.

Trek is in a unique position to lead the development effort as an industry leader with a history of conducting research that has led to a range of products cyclists utilize to enhance their visibility, including electronics and apparel.

“The future for us is moving from a more passive approach to cycling safety and focusing our development on active safety measures,” Trek Electronics Product Manager Scott Kasin said. “We want to ensure that while cyclists have the tools and knowledge to do what they can to create a safer experience, they will now have the enhanced ability to communicate their presence directly to vehicles.”

For B2V, Trek will focus on the rider’s user experience and the electronics available to them that will alert drivers to their presence in potentially-dangerous roadway areas. Unlike its existing visibility products, Trek B2V-enabled equipment will focus on giving driver alerts directly to approaching vehicles. The software technology will be licensed to cycling and automotive companies as an industry standard. While the technology will initially appear in Trek and Bontrager products, the company intends to publish the results of its development.

Track the progress being made on Trek and Tome’s B2V innovations at TomeSoftware.com or visit us at the Ford CES booth 5002. 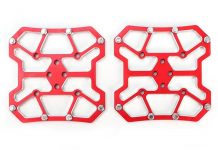 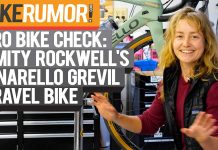 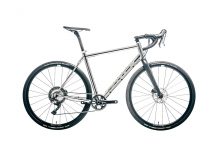 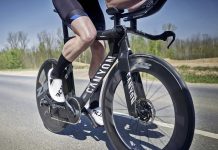 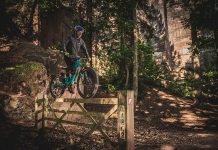 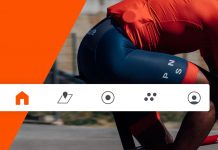