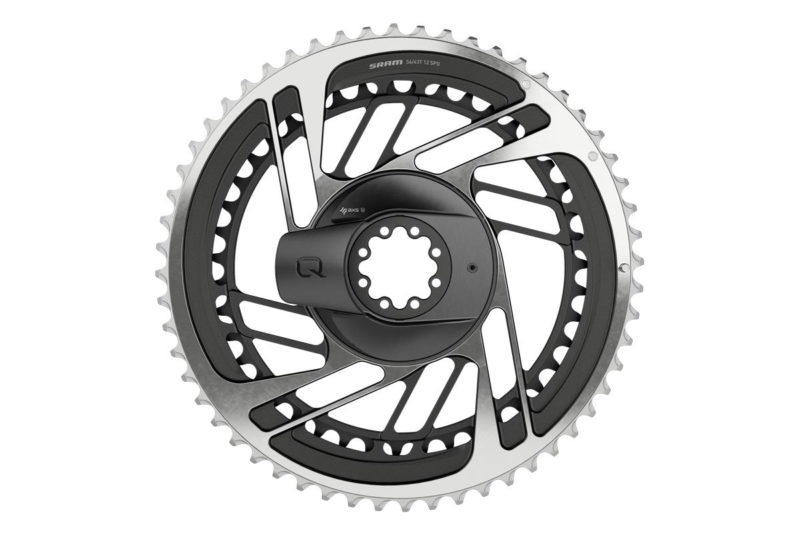 When SRAM launched the new AXS road bike groups, they introduced new gearing patterns and chainring combinations to optimize the ring-plus-cassette ratios. But the largest officially available double chainring was a 50/37.

Their sponsored pro teams, however, wanted more. So SRAM was making custom combinations with bigger gears. UCI rules, however, state that anything the pros are running needs to also be available for sale to the public…or at least heading toward production.

So, SRAM is adding three new Red eTap AXS 12-speed double chainring sizes to the lineup. Here’s everything you can now get: These new combinations are only offered for aftermarket, not OEM, and will only be sold with the integrated Quarq powermeter spider. Which means they’re part of SRAM’s power meter exchange program (50% of replacements) since the power meter and chainrings are built into a single part.

Retail prices are MSRP: $1,349/ €1300*/ £1160 (*includes VAT), which sounds expensive…it’s a $150 premium over the original Quarq-equipped chainrings. That’s because they come with a special two-position eTap AXS front derailleur to handle the taller gearing.

If you were building a bike from scratch, and you wanted monster gearing, that’s actually a bit of a deal since the front derailleur normally runs $400.