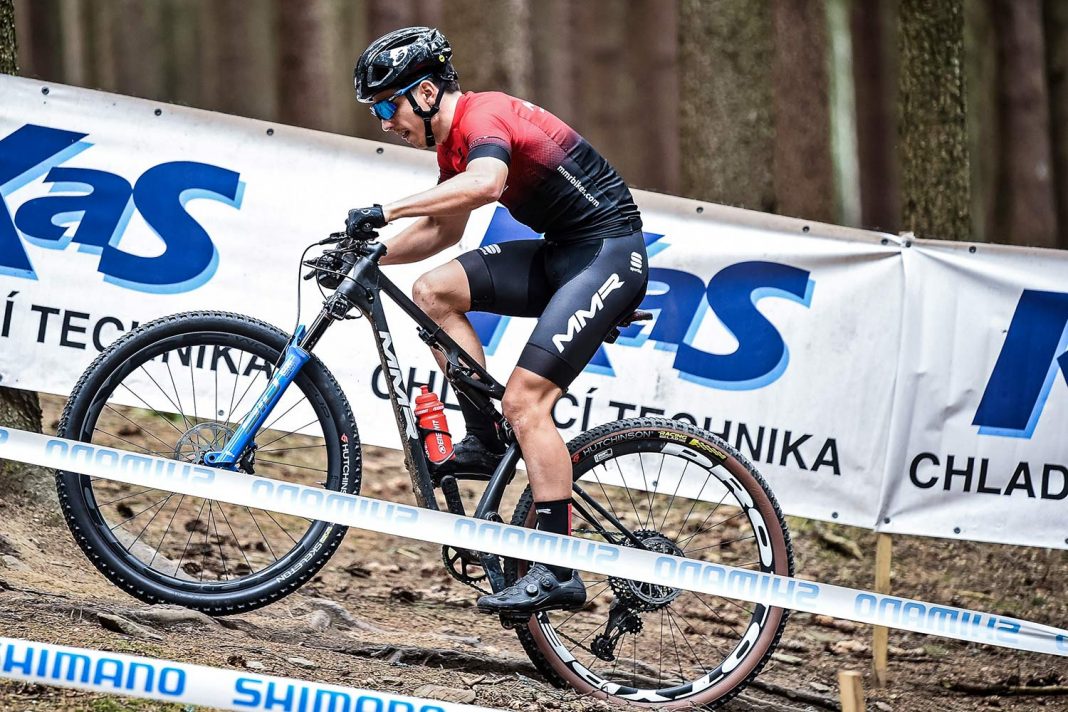 MMR got back to racing another new prototype Kenta 29er XC bike in Nové Město, updating what looks like a more capable version of their full-suspension cross-country bike which debuted on this same World Cup course four years ago. The new carbon XC bike shares a similar suspension design as before, but has been tweaked for what we suspect is a broader range of racing styles among modern technical XC courses…

The World Cup XC MMR Kenta prototype appears to still stick to 100mm of front & rear travel as is most common on the XCO circuit. It also uses the same basic single-pivot rear suspension layout as the currently available Kenta, with a small linkage hanging down in front of the seat cluster to drive a shock that hangs under the top tube.

While the overall layout looks unchanged, tubing shapes and almost every frame joint has been redesigned. The new bike gets a thinner toptube, especially pared-down around the larger window cutout at the upper shock mount. 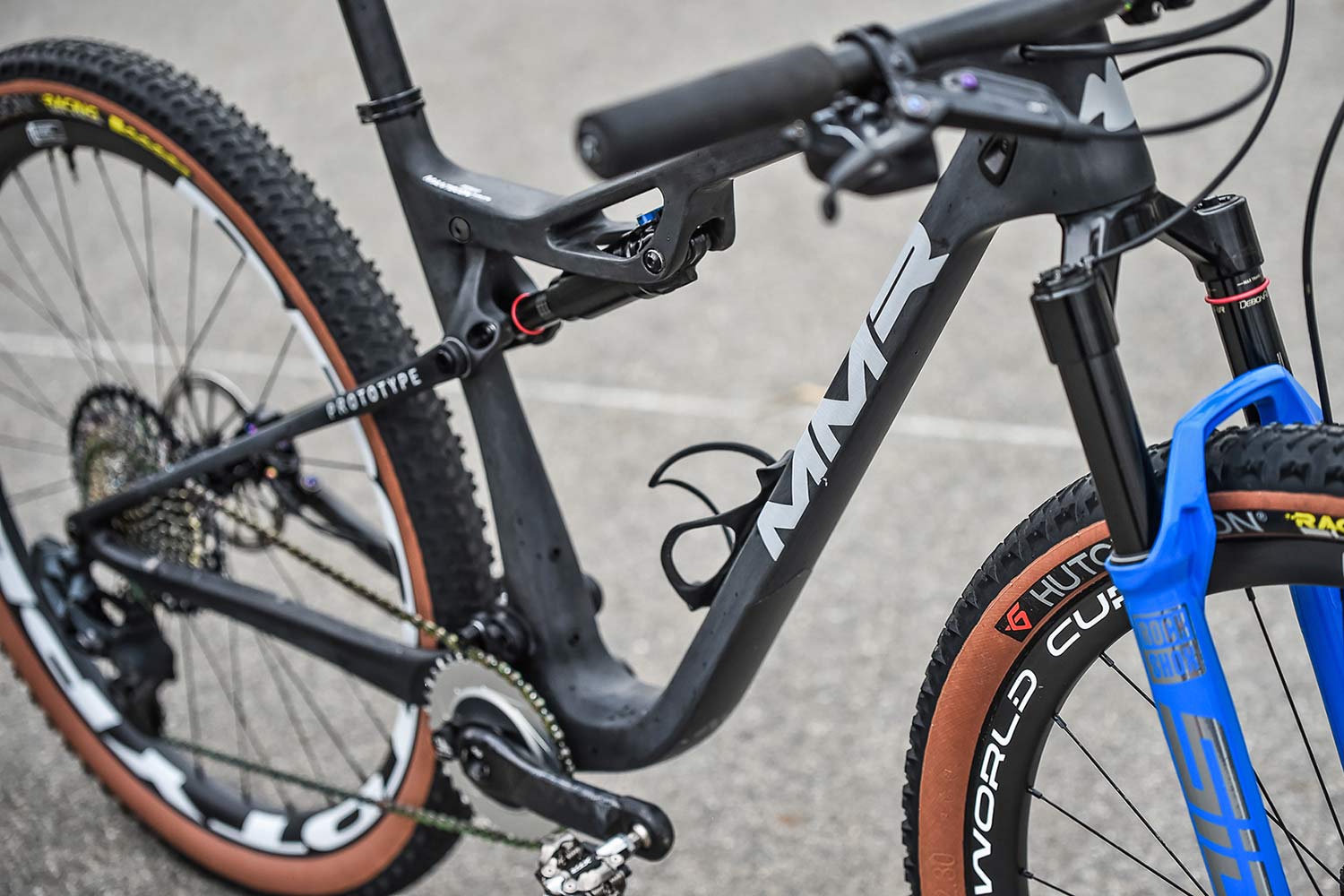 The new headtube junction is also lighter overall, as it transitions into a reshaped downtube. There’s more downtube offset up top to improve clearance around the fork crown, and again more offset at the bottom bracket, which makes room for two full-sized water bottles inside the main triangle.

The bike again uses modular internal cable routing, now with ports on both sides of the headtube. But it looks like any hold-out compatibility for a front derailleur is gone. 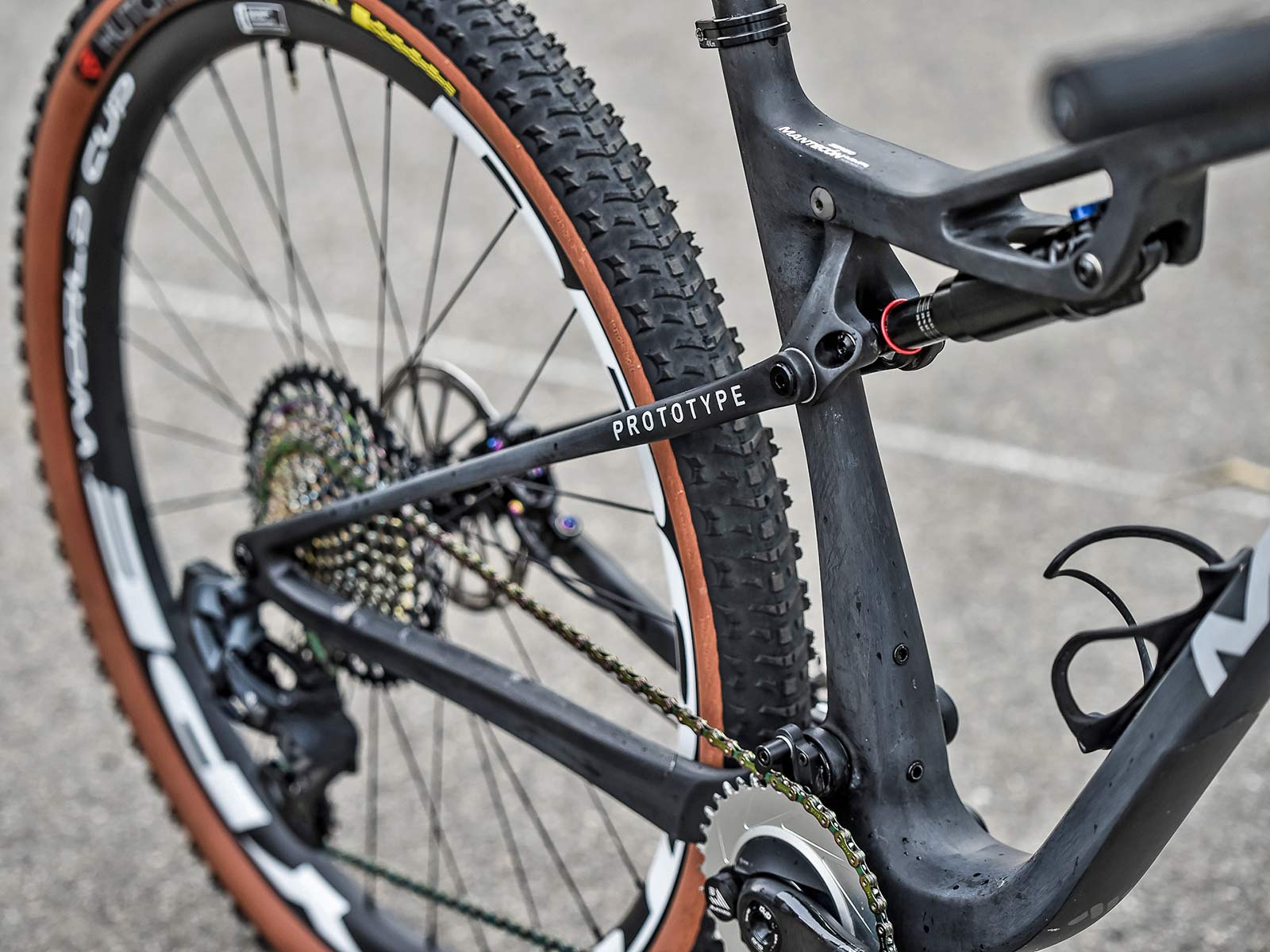 With no front derailleur to contend with, this new 1x-only prototype frame features more widely-spaced bearings at the main pivot. MMR does still provide a mini chain guide, again mounted directly to the main pivot.

Up top, the shock is now driven by a new molded carbon linkage that decreases the leverage input vs. the previous version in line with the seatstays.

While it’s doesn’t look like a huge redesign, those seatstays do look a bit thinner, with more flattening in their midsection to allow the necessary flex to drive the shock without a pivot near the rear axle. 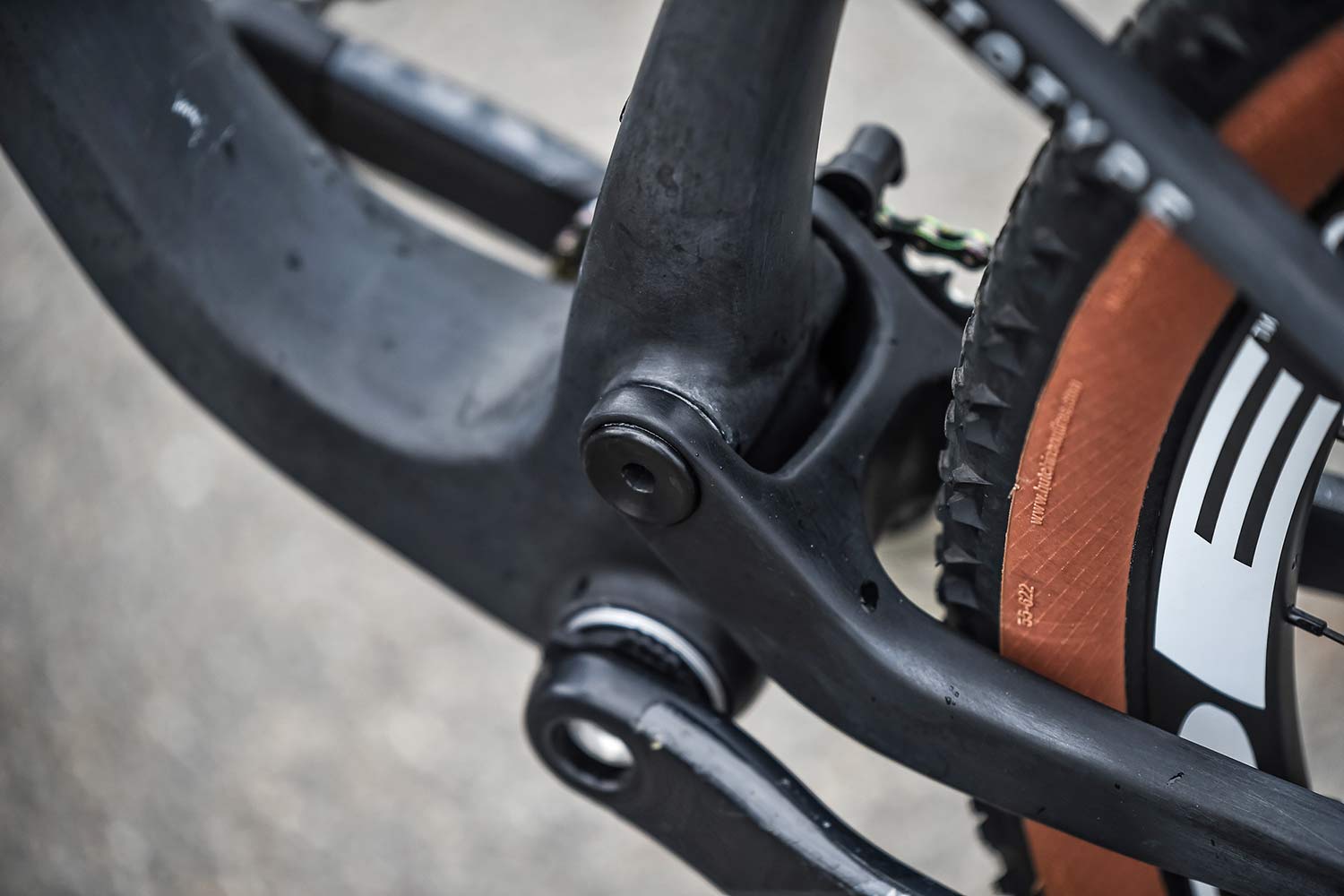 Again a chainstay bridge adds stiffness at the main pivot, while the seatstays are bridgeless to all a bit more flex. The same PressFit bottom bracket carries over. 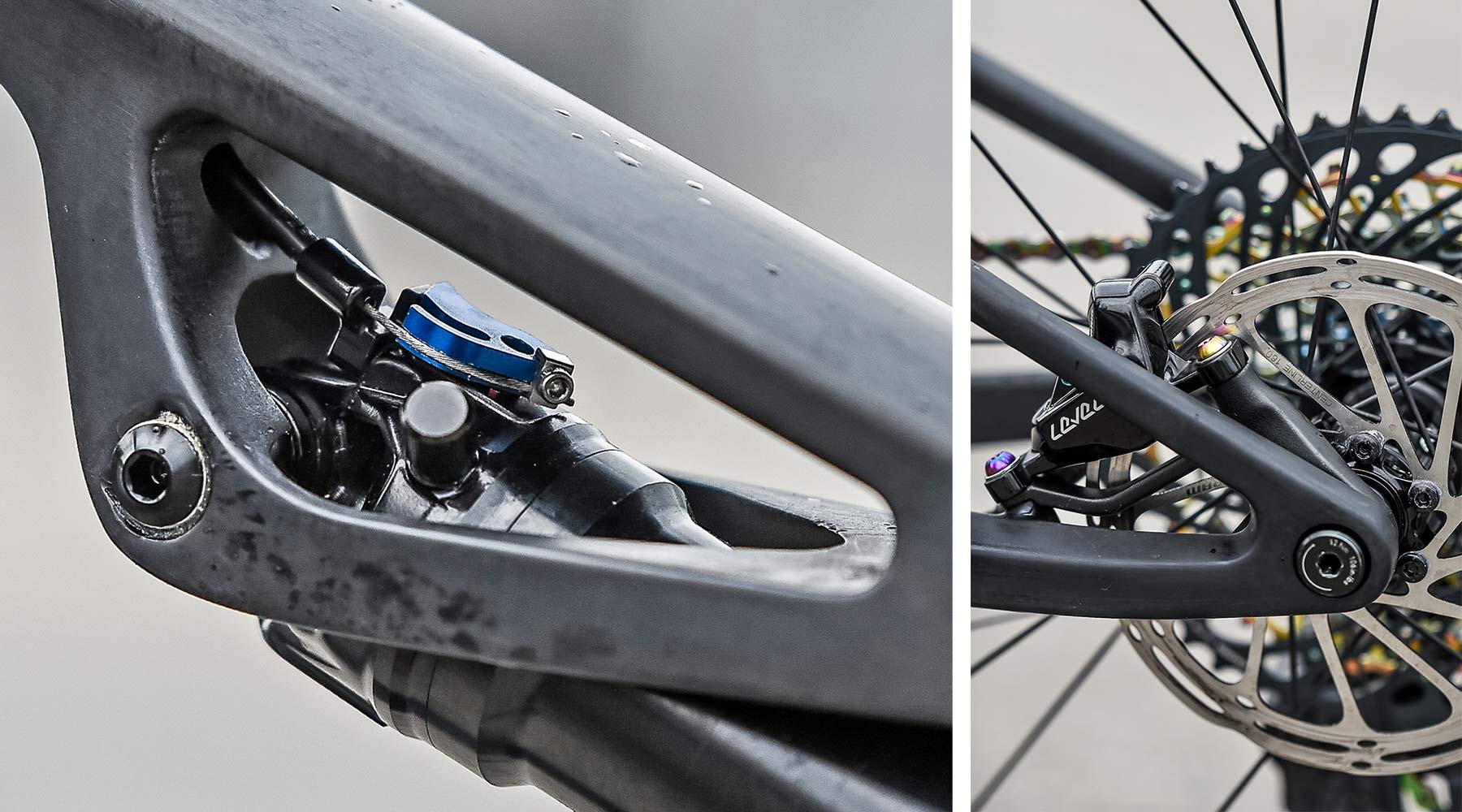 Inside the larger cutout for the upper shock mount, we can also see that MMR has provided much cleaner, more direct cable routing for a shock lockout. It’ll likely be a bit tricky to line up, but the straight routing from the dedicated port on the top, driveside of the headtube should make setup simple enough. Maybe if mechanics are lucky, there’s a full-length guide inside?

Out back, it’s Boost 12mm thru-axle spacing again, with a new alloy post mount brake adapter that bolts to the axle and chainstay, taking braking forces away from the flexing seatstay. 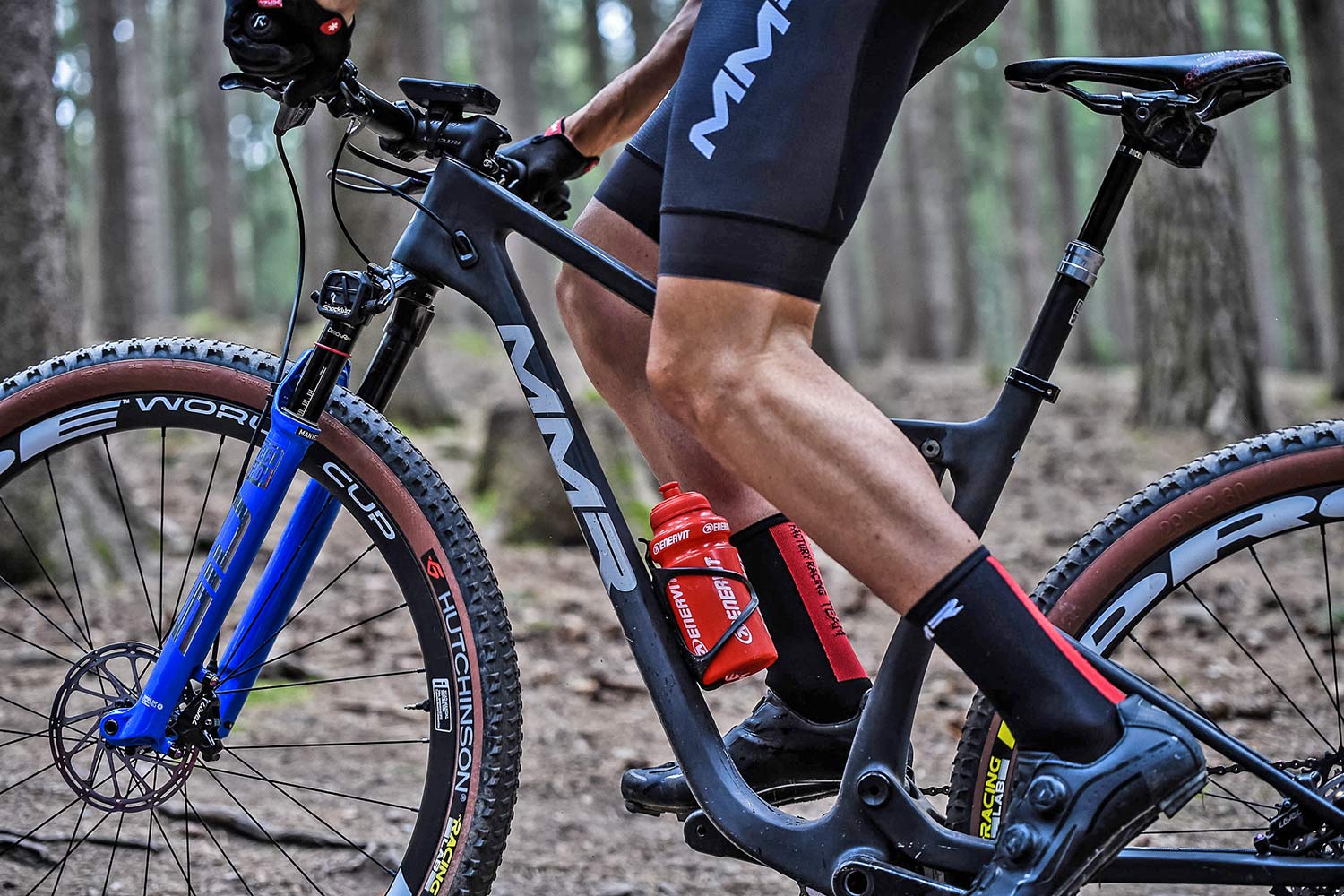 MMR hasn’t comment on how long consumers will have to wait for the revamped Kenta XC race bike. But it does seem like even the MMR FRT team are relatively new to the bike. Some of the team even raced the old bike at the Albstadt World Cup, just one week ago.

Back at the end of February, they were talking about their work training for the Tokyo Olympics riding on the old version of the Kenta. And now at the second round of the UCI World Cup, they spent the mid-week collecting data and dialing in their suspension setups with ShockWiz devices strapped to both ends of the completely new bikes. 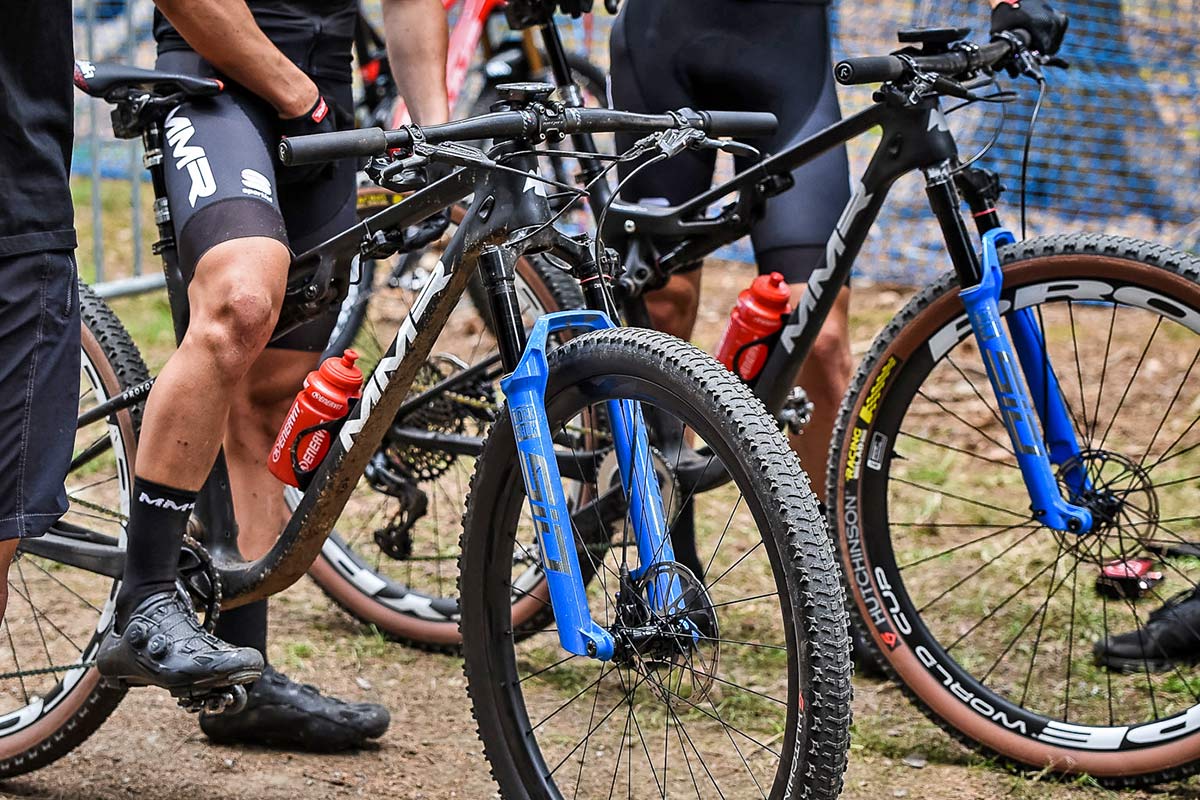 We’re also not sure what alterations have been made to the 29er race bike’s geometry. But we do know that the MMR FRT team are still members of the #slamthatstem persuasion.

The new prototype Kenta doesn’t have an overly tall headtube. But it still looked like every team rider was running without the upper top cover to their integrated headsets, plus a number of steep negative rise stems, and at least one rider with his handlebar flipped upside down to get his grips a bit lower. 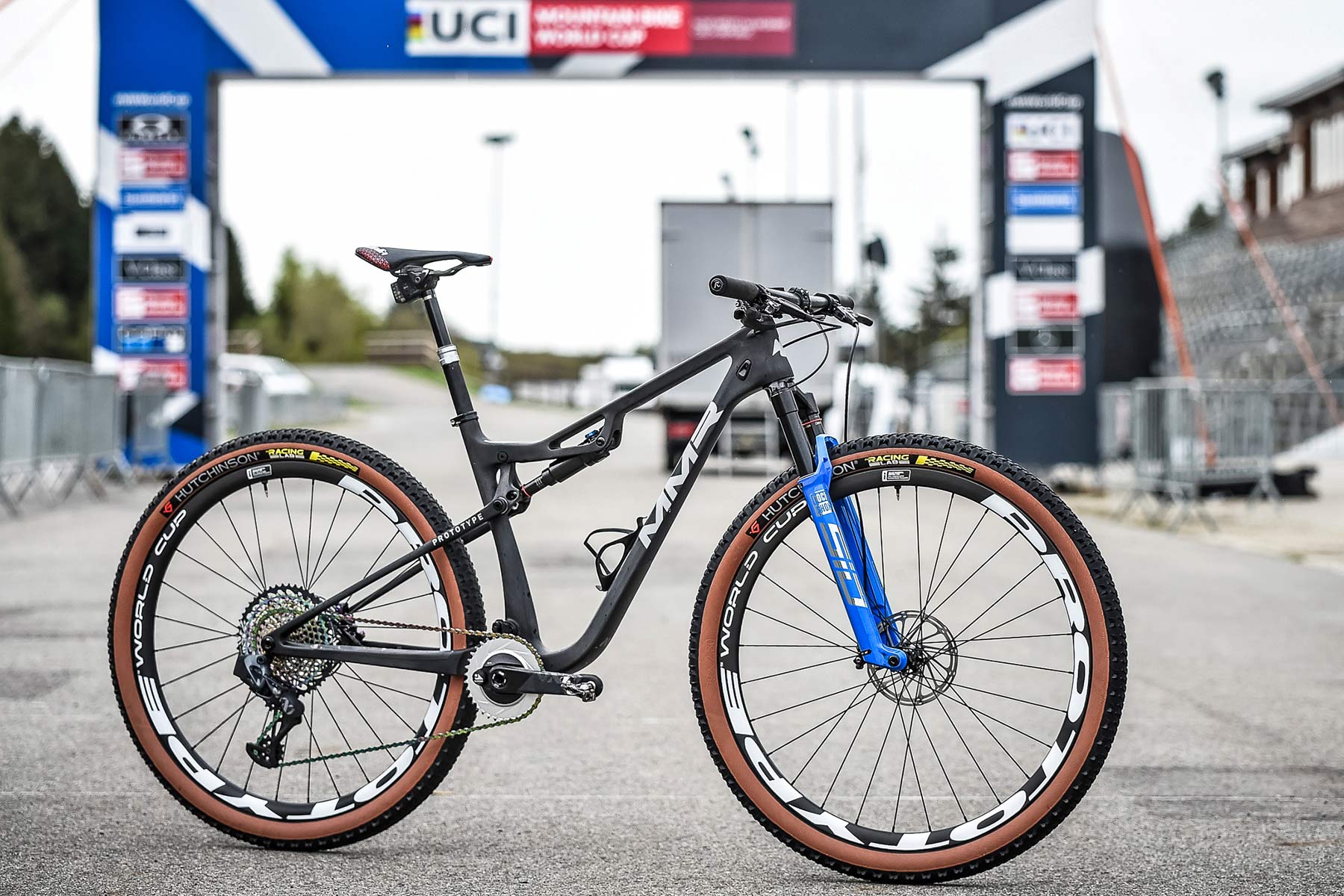 In the end, the new prototype looks like a lighter, more refined version of the most recent short travel MMR Kenta race bike. As the Kenta started out as a longer 120 or even 130mm 4-bar marathon bike, it seems to be settling in well as a lighter, simplified cross-country mountain bike. 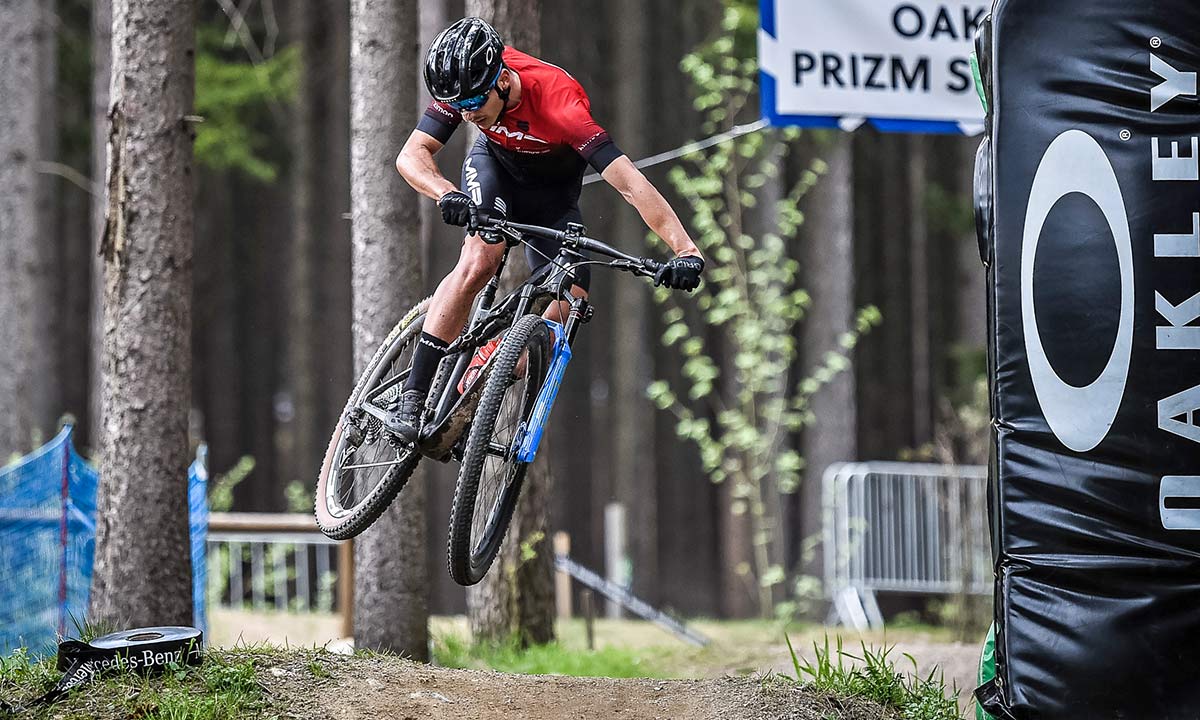 Industry shortages have made predictions a lot harder this year. But we’d still expect the Spanish bikemaker to officially unveil their new XC bike by the end of the summer, with consumer availability hopefully sometime next winter in order to be racing it at the start of the 2022 season.