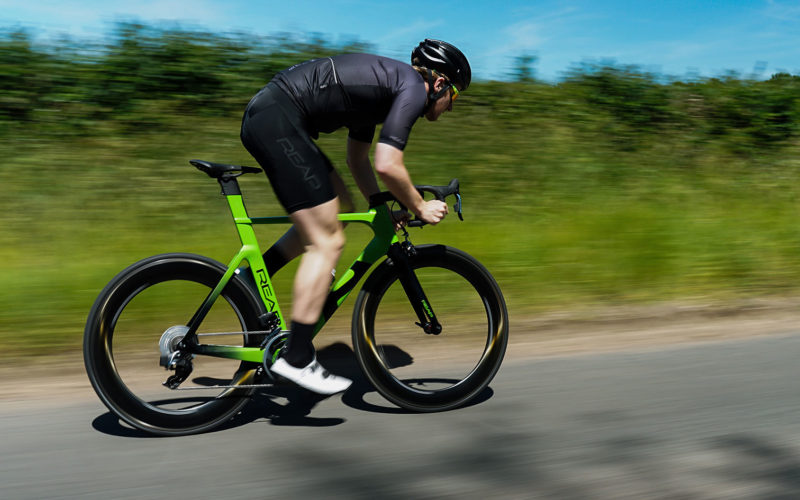 REAP Bikes has unveiled their new Vekta aero road bike, and it’s a full one-piece monocoque design that’s made as a single piece in the UK. That construction method and origin story aren’t the best part of the story, though…it’s the layup and design that they say sets this bike apart from other fast road bikes.

The other thing that stands out? It has rim brakes, which is a bit of an anomaly these days, but they say a disc brake version is coming, so let’s look at the other features in anticipation of better brakes to come… 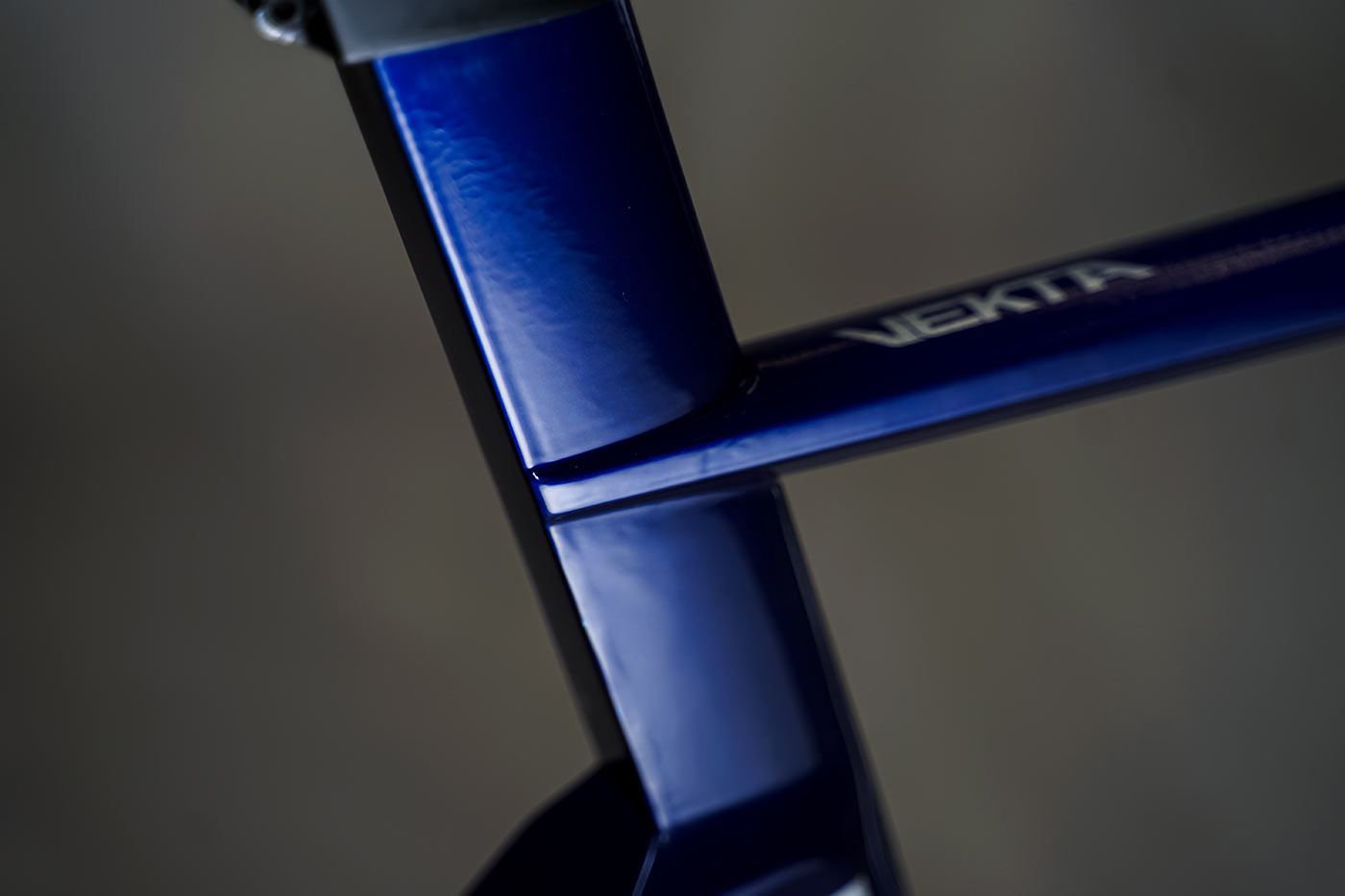 The basics are an integrated seatmast and clearance for 28mm tires, and a frame that’s designed exclusively for electronic groupsets (so, no shift cable ports). They say it has “category leading” aerodynamics and stiffness, yet pencil-thin seatstays and a layup optimized for reducing vibrations so the rider remains comfortable.

Let’s start with stiffness. They say it’s stiffer than anything else out there with regards to pedal input and steering response. That’s partly thanks to their layup and monocoque design, but also because they use 80% ultra-high modulus Toray M40J unidirectional carbon fibers.

They say that’s a higher percentage of UHM fibers, and a higher quality, than other brands use. Oh, and a top-secret manufacturing method they won’t disclose, but there is mention of carbon composite molds used for construction, which would be unique from anything we’ve seen…and something they say is used to make Formula One parts because it’s far more exacting than alloy molds that can expand during the molding process. 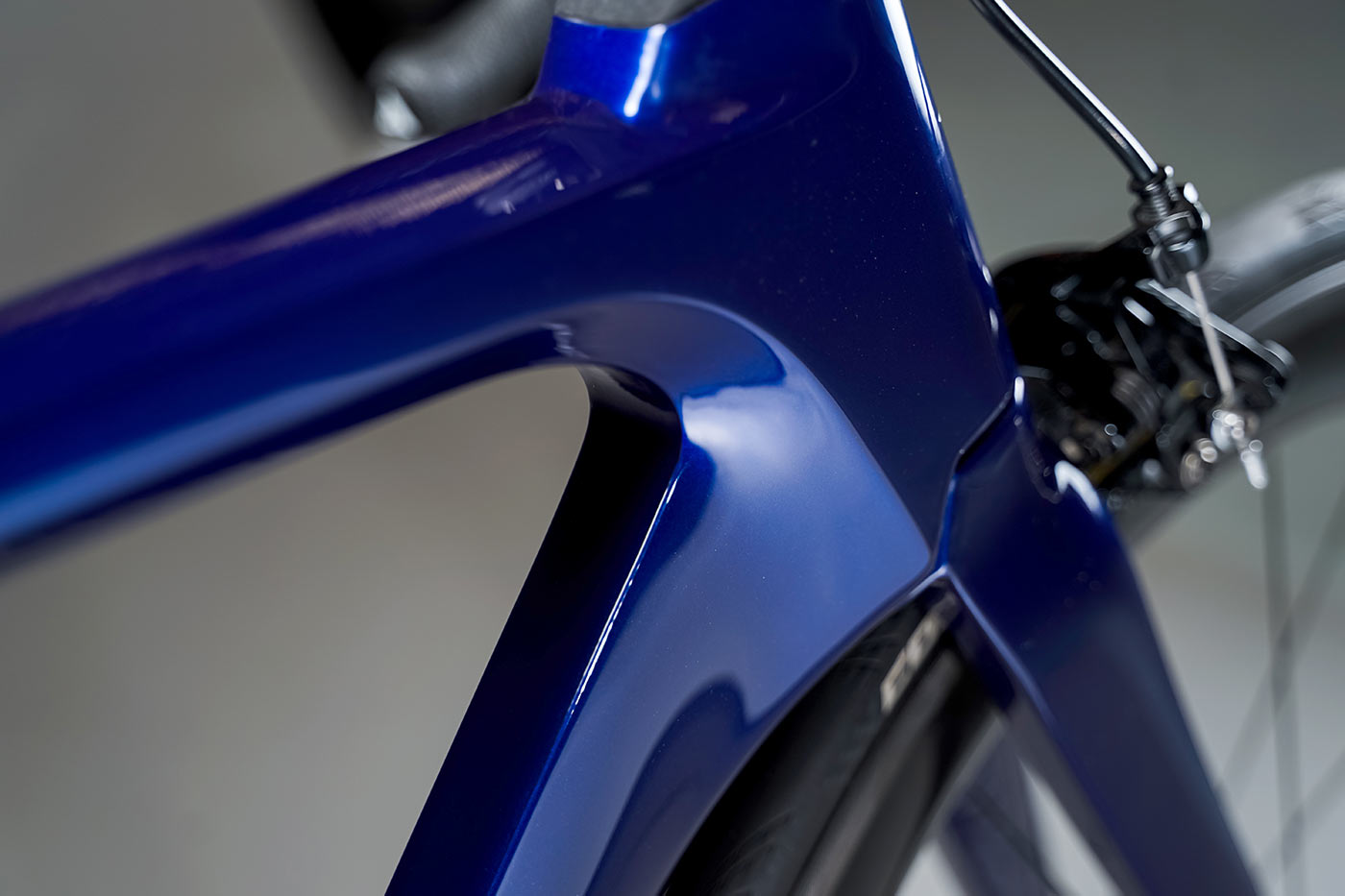 The aerodynamics were tested in the wind tunnel and use truncated airfoil tubes to reduce drag. Other wind-cheating design touches include tucking the front wheel into the downtube, dropped seatstays, and a wider fork stance for reduced turbulence between it and the moving spokes. 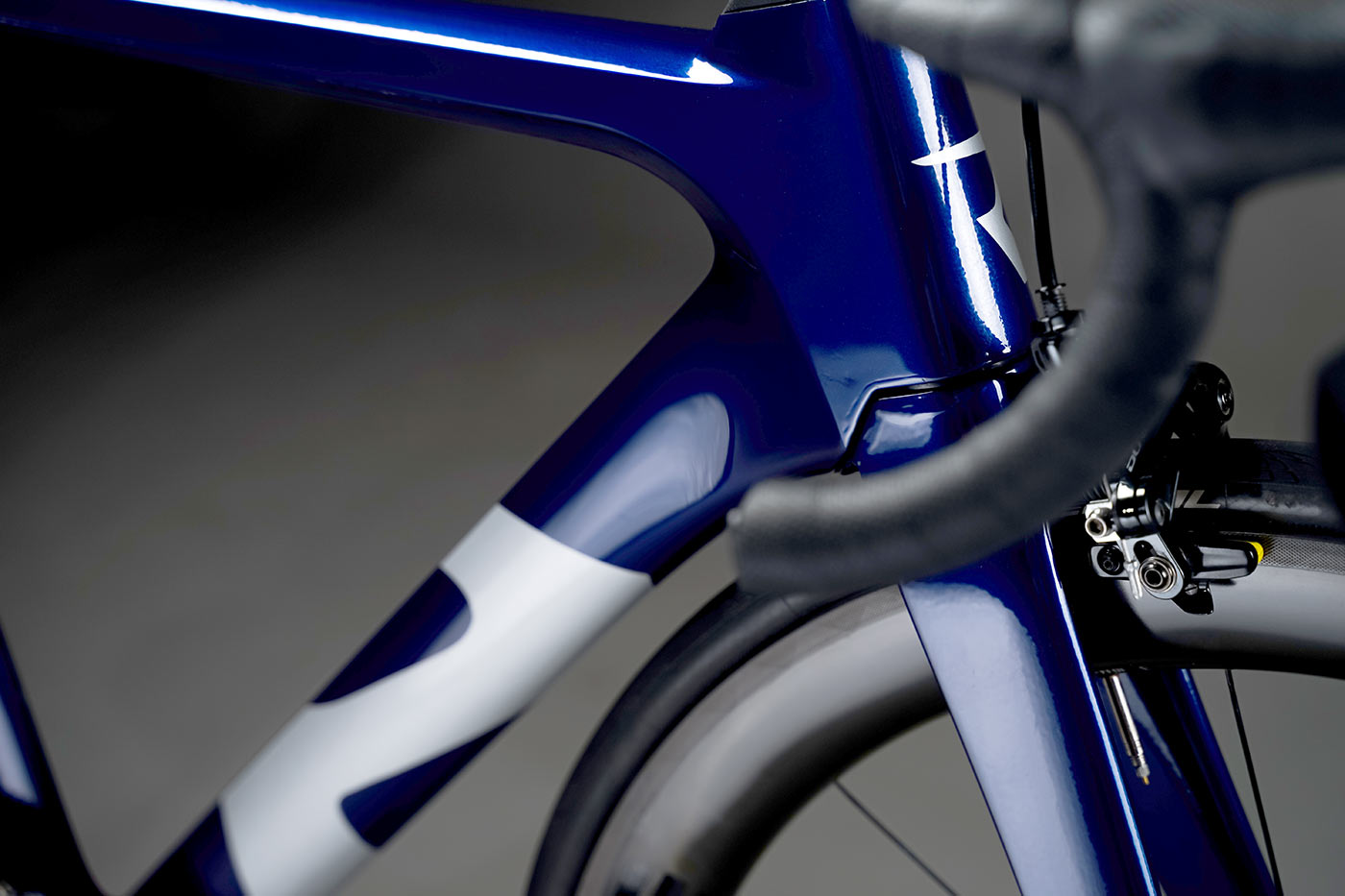 They say the tube profiles have sharper corners on the trailing edge, where the airfoil shape gets cut off, which helps the air slide off more smoothly. And the transitions between frame and wheel are shaped to maximize the aero benefits of 25-28mm tires. 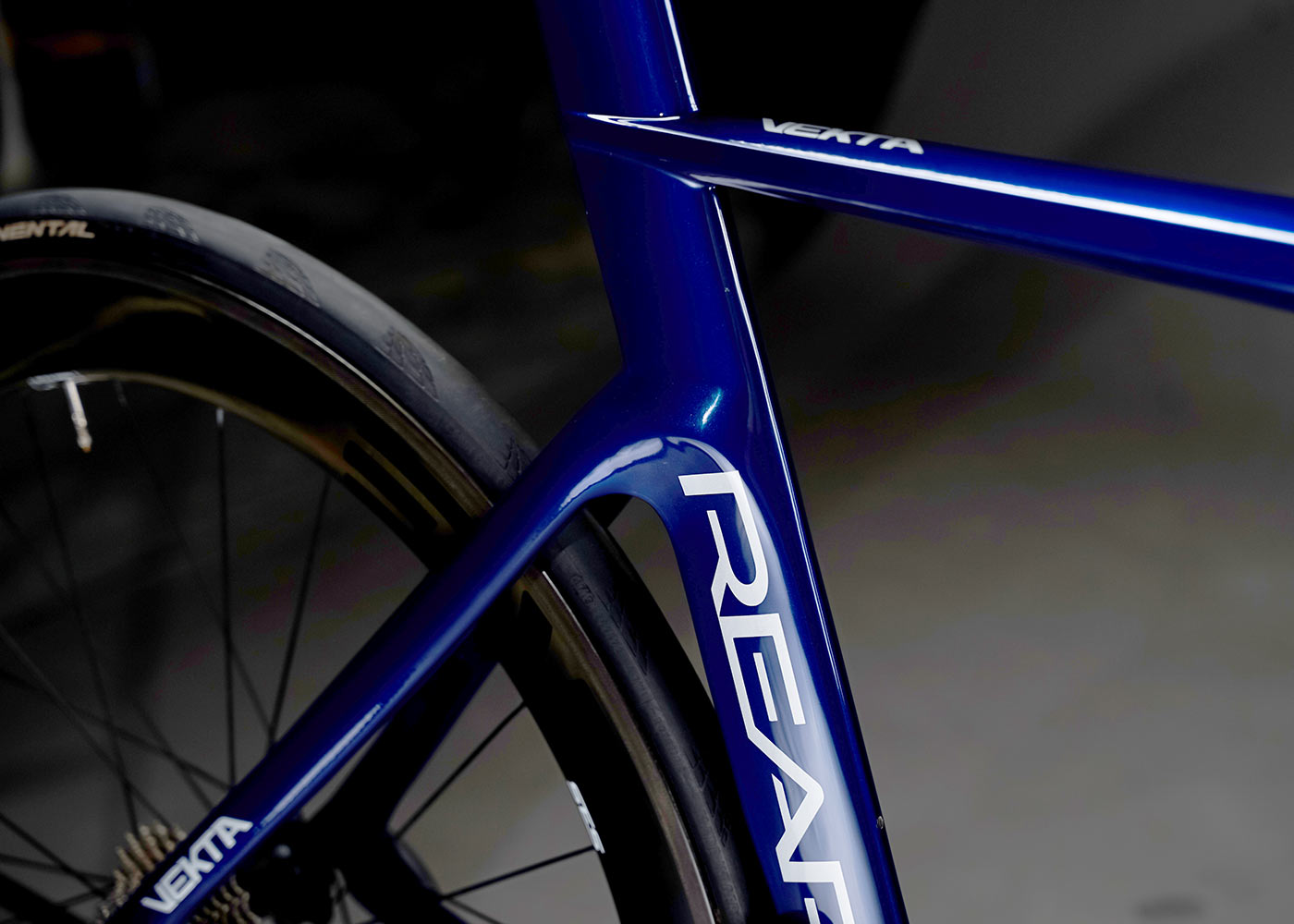 Bigger tires help with ride quality, but so do dropped, thin seatstays. Thinner tubes should offer some compliance, but REAP says they kept the seatstay-to-seat tube junction as low as UCI rules allow, which lets them push into the seat tube slightly and use the inherent vertical flex that provides to absorb small bumps and vibration. 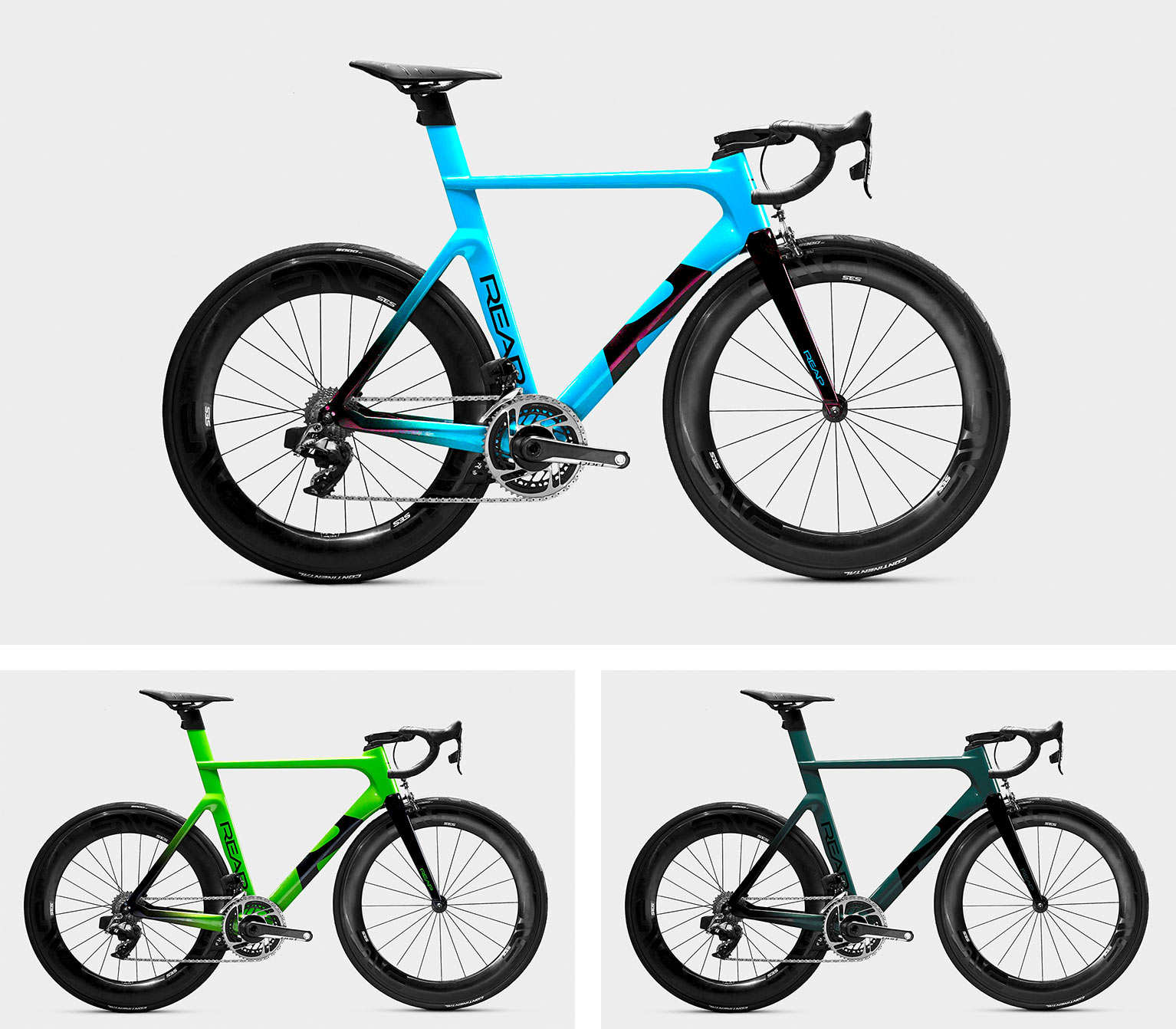 The REAP Vekta is available in six colors and six complete builds, plus two frameset modules: