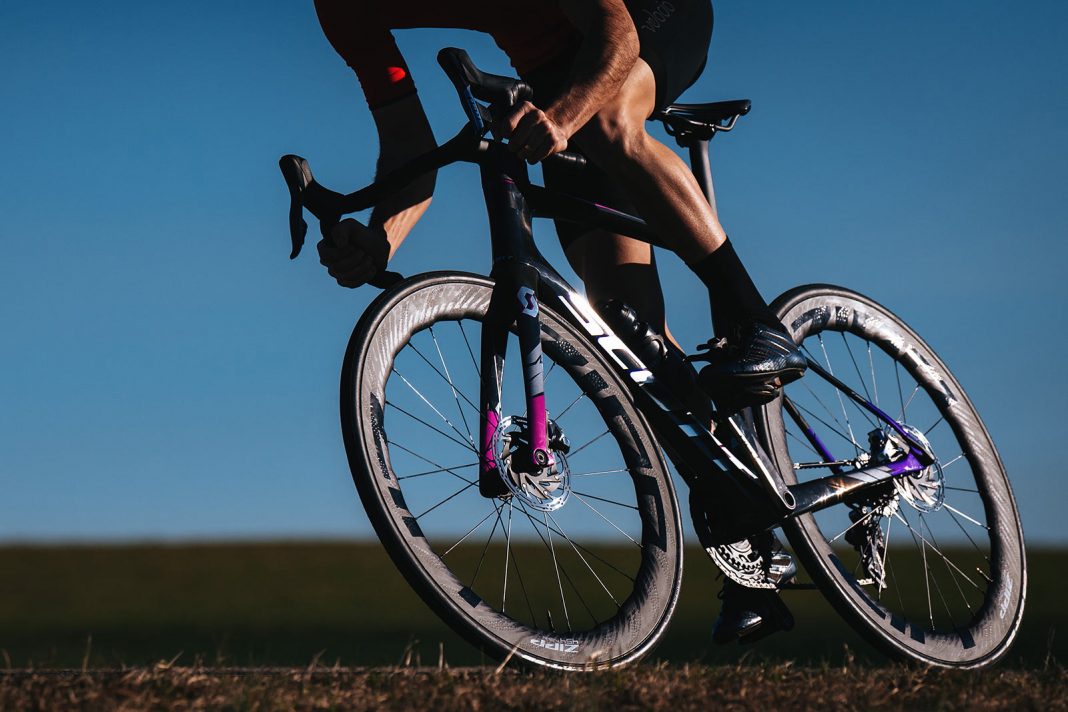 The all-new Zipp 404 Firecrest and 454 NSW wheels take everything they learned from making the 303/353-series lighter, wider, and more comfortable and have applied that their deeper road wheels.

Where the new 303 introduced in 2020 added a lot of width to it’s bulbously round shape, the 404 takes a slightly different approach. It still gets a lot wider, but it moves back toward a more pointed shape. Zipp says now that tires are wider, and things are hookless, those tubeless tires’ shape and interface with the rims created a different aero profile that benefitted from the rims’ leading/trailing edges having just a bit sharper point.

The 454 NSW is the top of the line, but it’s easier to see how it gets on top by looking at the Zipp 404 Firecrest first… 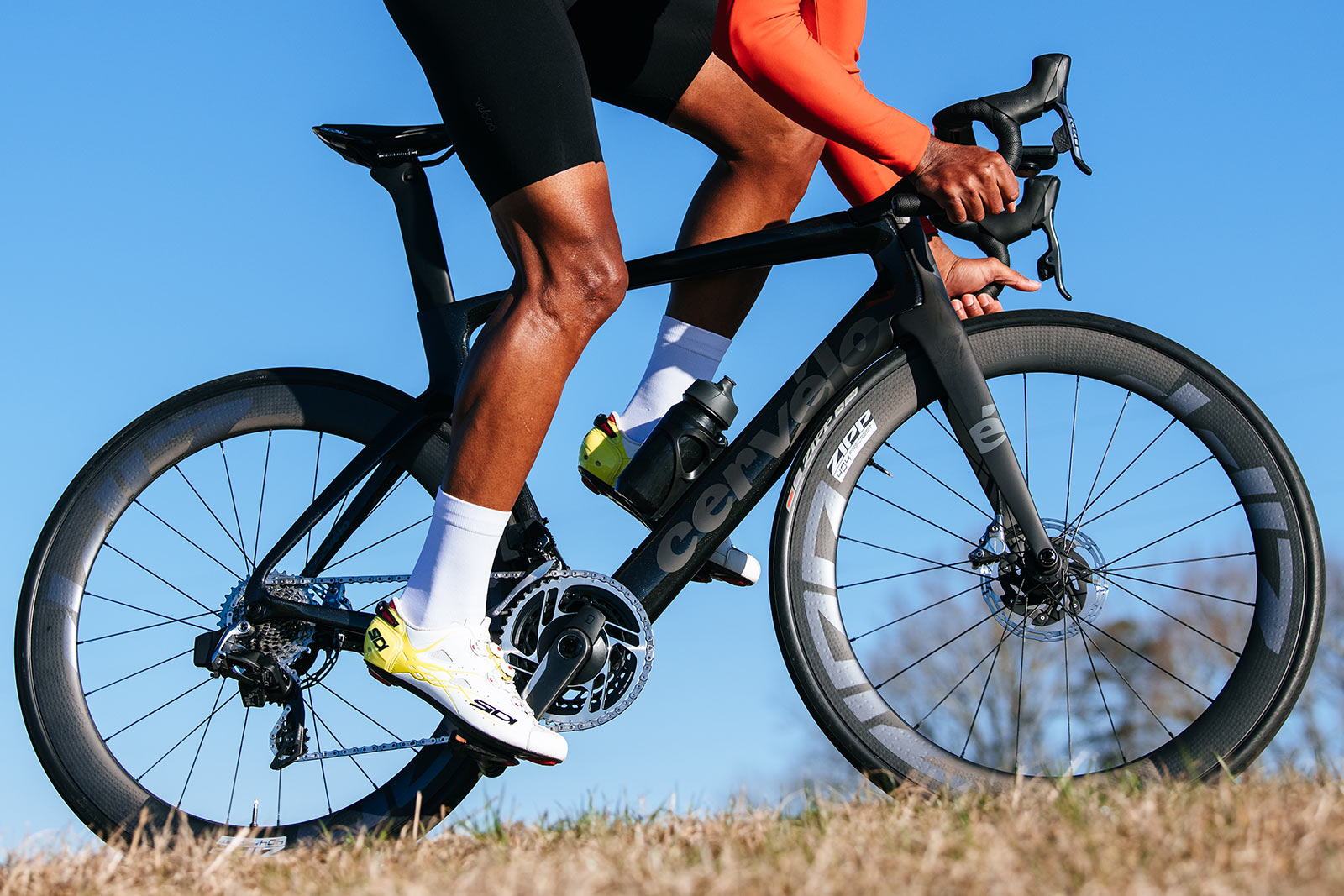 From the Way Back Machine, the Zipp 400 was their first structural carbon rim. It was a tubular, but it set the stage for wheels to come. That was 1990, and in 1998 came their semi-toroidal rim shape, the first alloy-and-carbon rim clincher, and (they say) one of the most durable carbon clinchers with a rim brake surface. All are the 400/404 series. Which is why, along with the 303 wheels, they’ve been a bit of a benchmark against others.

You’ll notice there’s a lot of that borrowed from the new 303 Firecrest and more recently introduced 353 NSW wheels. Even the “Total System Efficiency” concept, whereby the aerodynamics are combined with vibration-absorbing layups and wider tires to enhance ride quality and make you faster overall. Zipp says the new 404s save 4 watts over the prior model, all else being equal. 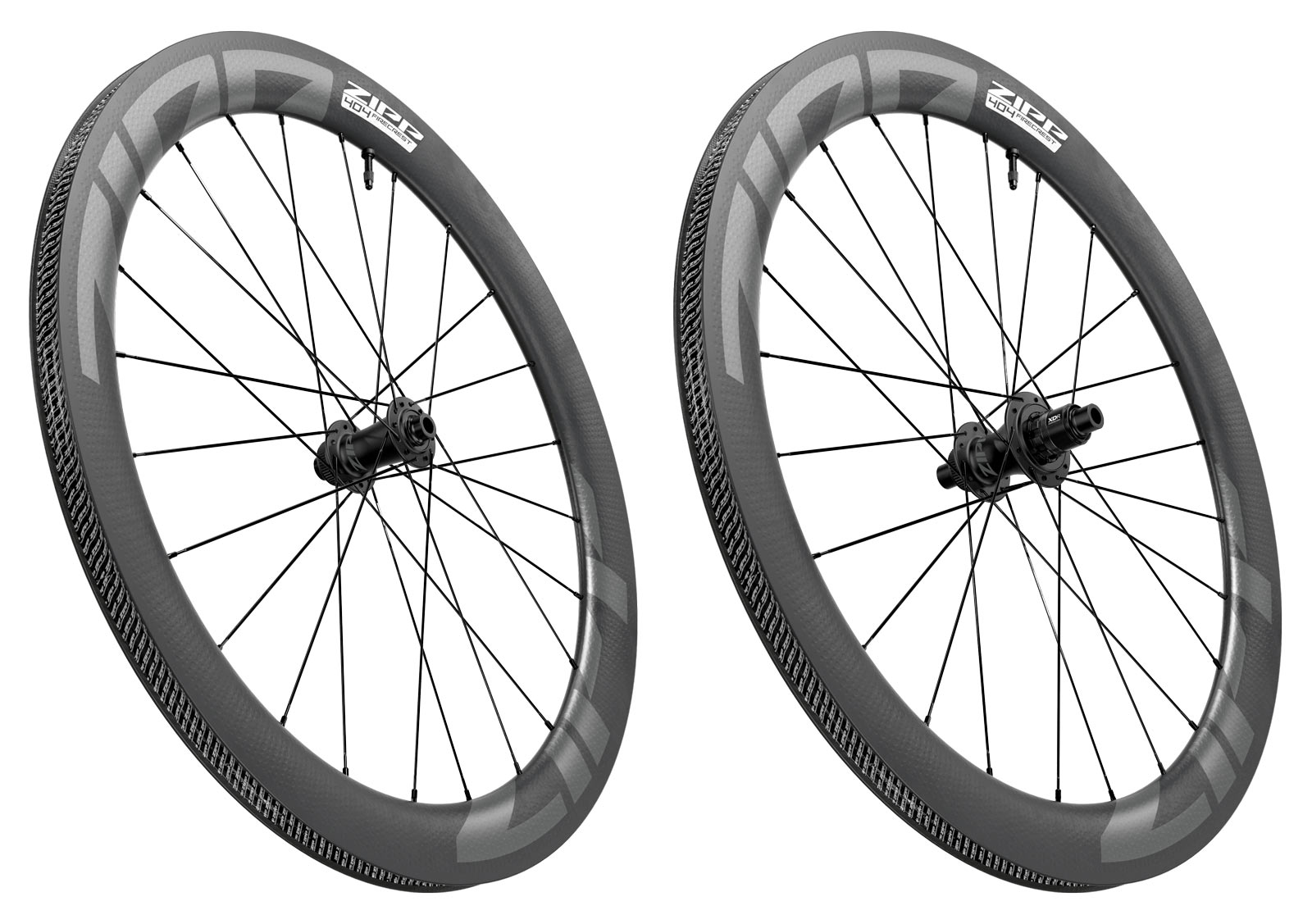 But there are a couple of key differences between these and the 303 series. First, the new 404s are optimized around a 25mm wide tire…the 303’s minimum recommended tire width is 28mm.

And that’s because these lean into the Road Race category. Zipp told us they expect the new 404 (and 454 NSW, below) to become the go-to all-around race wheels for most riders, where before that was the 303s spot and 404s were aimed at endurance riders.

The other big difference? Where the 303s are gravel-ready, the 404 Firecrest strongly prefers the paved road. 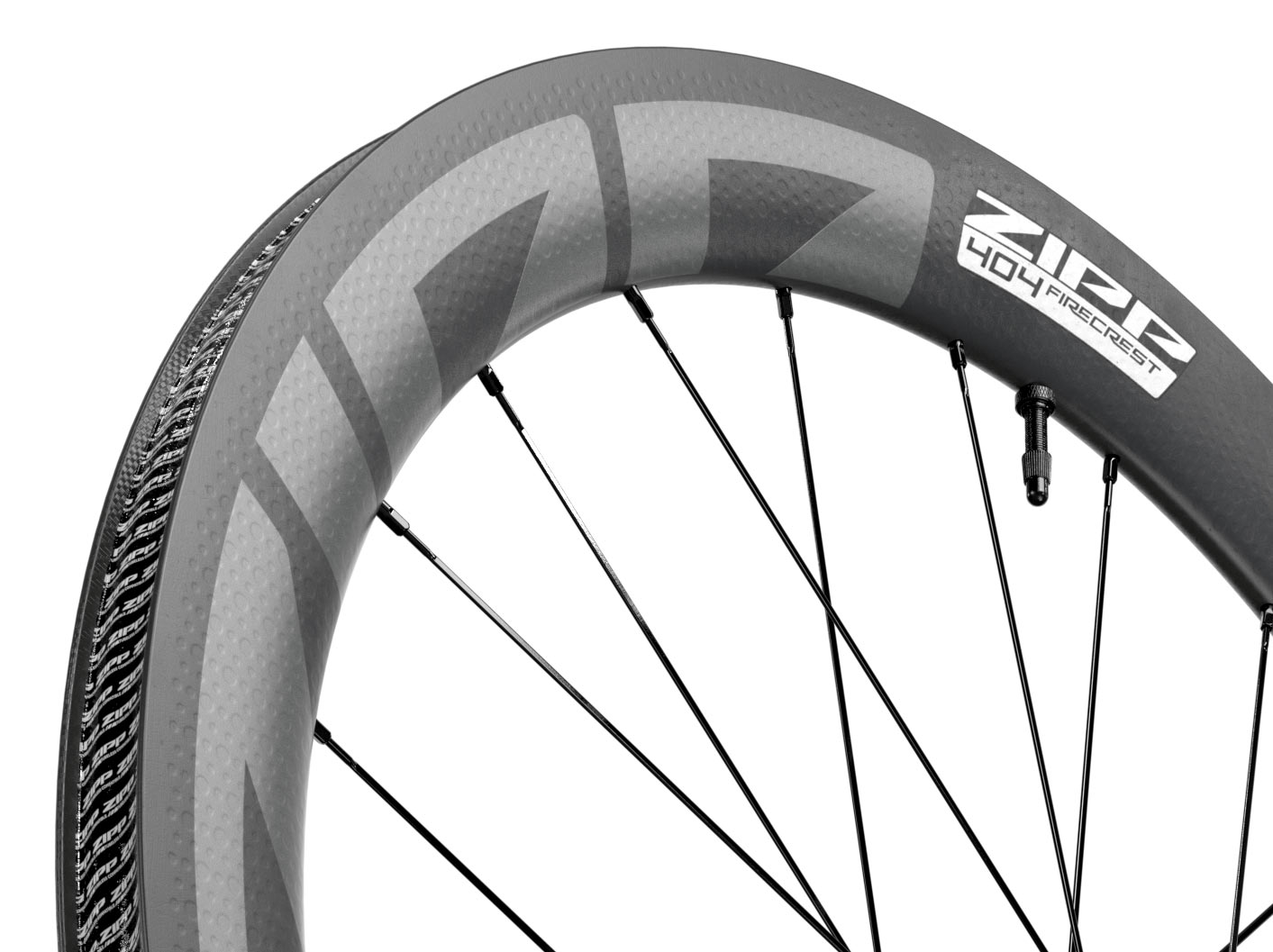 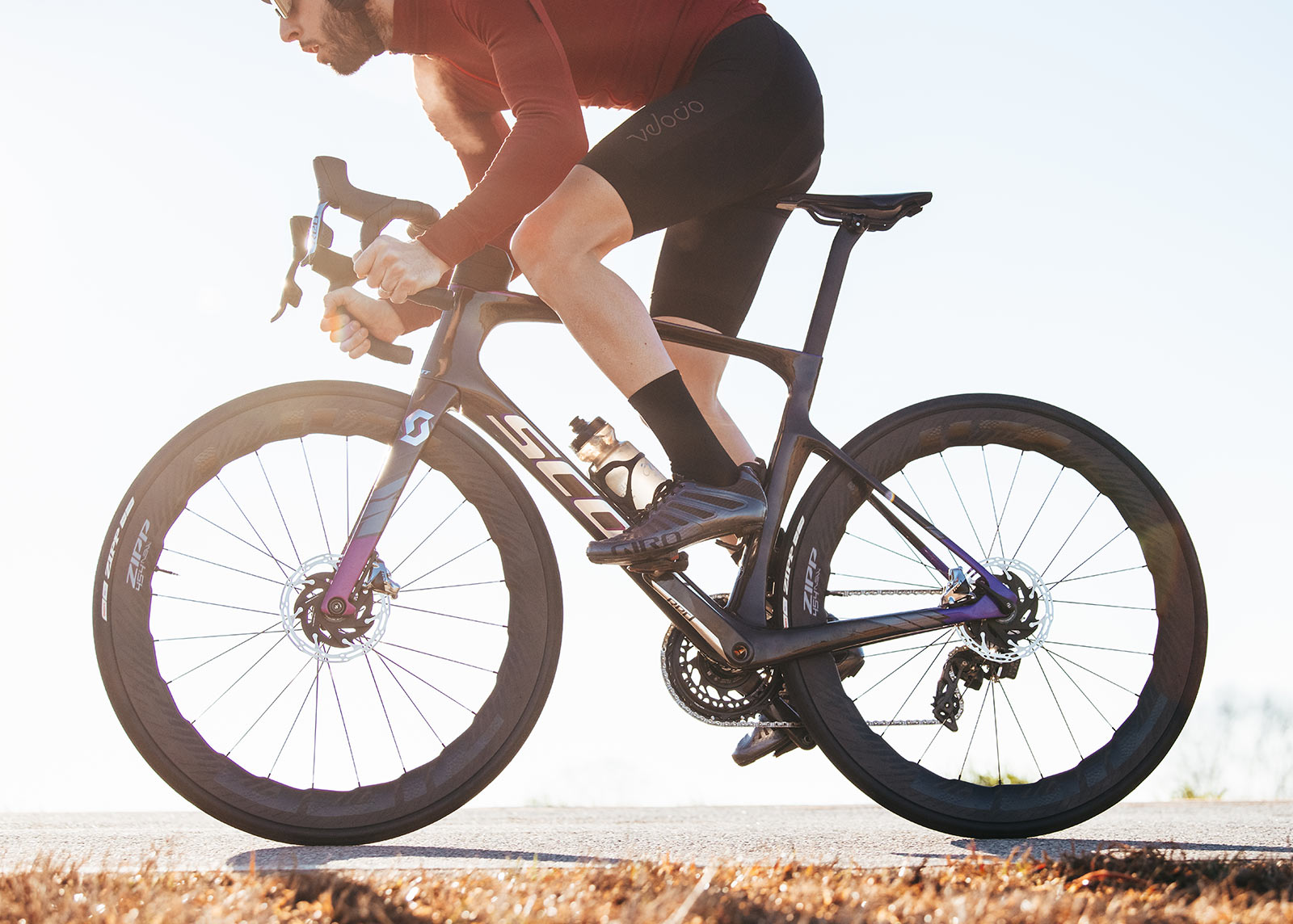 The new 454 NSW are also much lighter than their predecessor. The complete wheelset (without tape or valve stems, with XDR body, weighs in at a claimed 1358g, down from 1815g. That’s a massive 457g savings, and most of it’s from the rims, so they should feel way faster.

But here’s where their TSE theory gets interesting. As with the 303s, they’re not sharing “classic wind tunnel data” anymore. They still use a wind tunnel so they can see how a wheel acts, but their “Total System Efficiency” goals are about more than just aerodynamics. Because they say, optimizing solely around aerodynamics can actually make you slower. 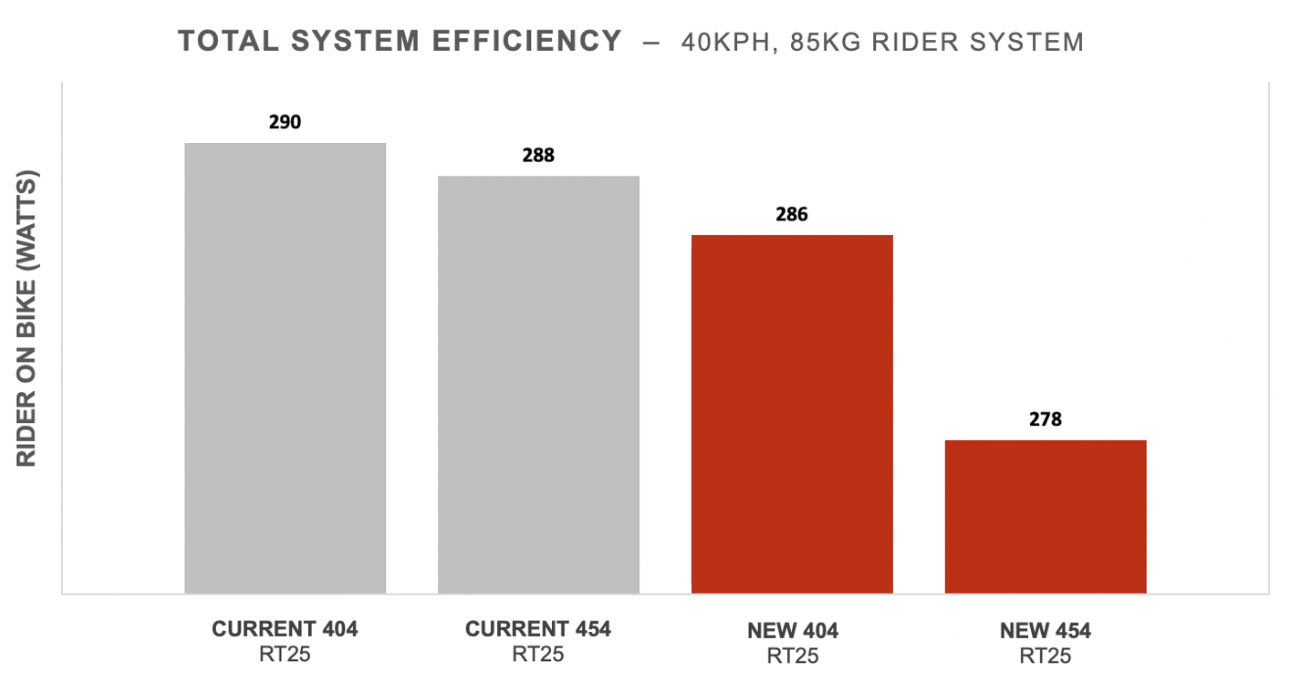 This graph shows the watts required to ride along at 40km/h (~25mph). Technically, or aerodynamically, the new wheels are actually 0.9W (404) and ~4W (454) slower than the prior models. Which is almost negligible. But, as a system, Zipp says the new wheels roll a lot faster, saving 4.4W and 13.6W respectively. 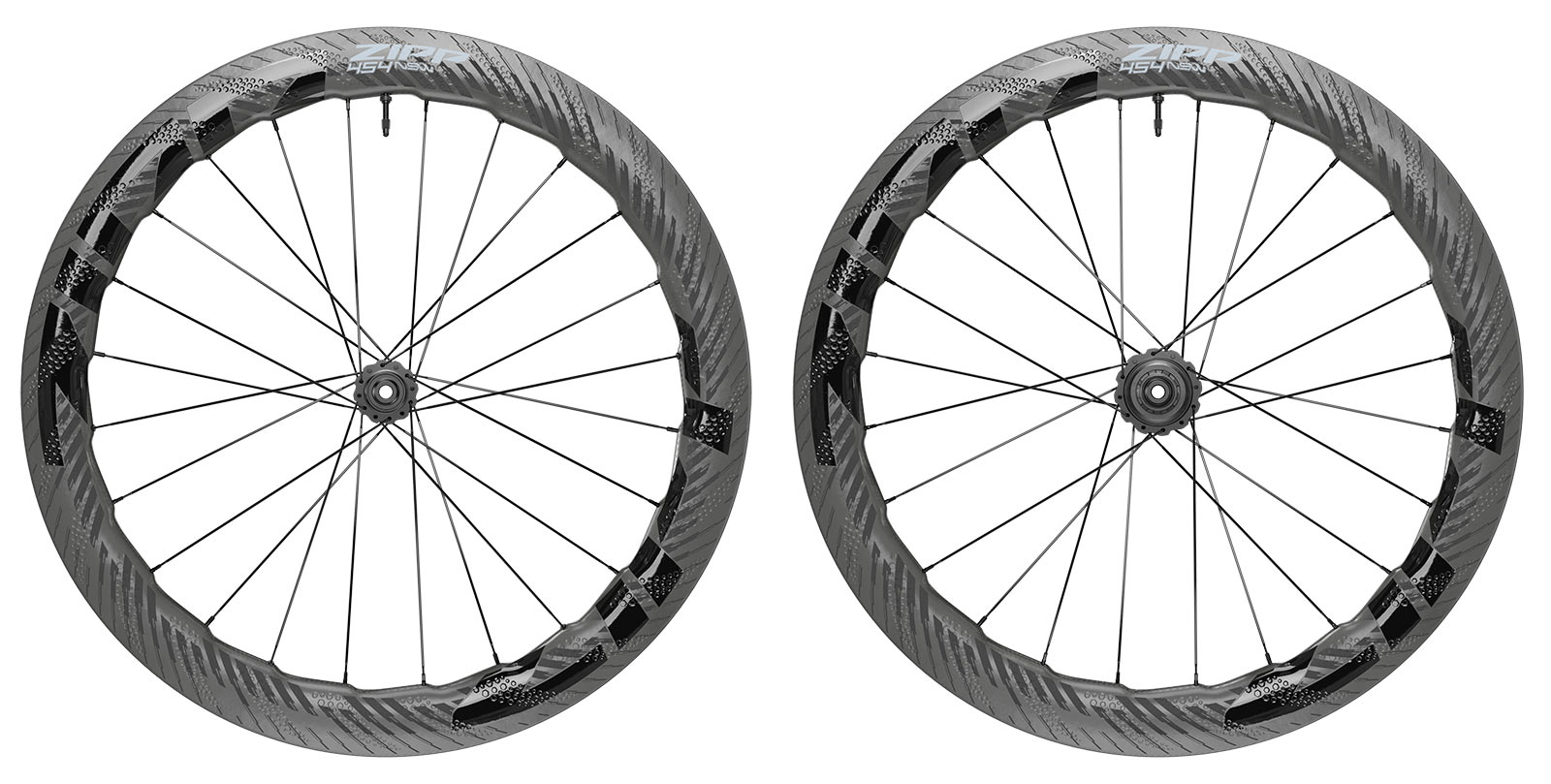 So, they’re still quite aero, but more importantly, they take less energy to go fast. Put another way, you can go faster with a given amount of power output. That’s thanks to the new carbon layup and rim shapes.

The rim’s laminate is optimized not just for weight, which is why these are so much lighter, but they’re also better able to damp vibration better. And that’s why they’re more efficient and roll faster in real world conditions. 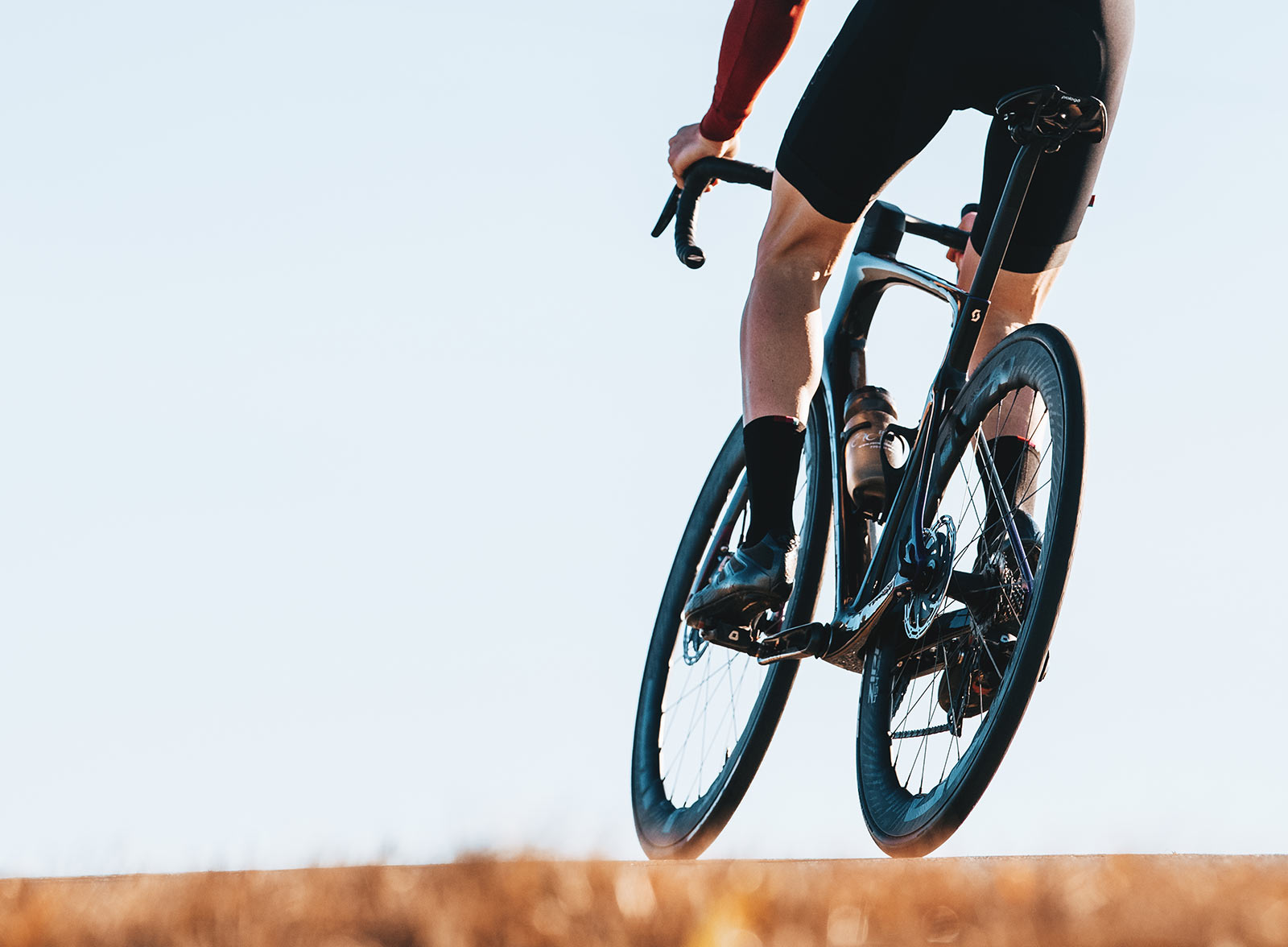 What about the tires? How much does tire selection matter on these numbers? Zipp says probably not much, but they’ve (so far) only tested with their own tires. 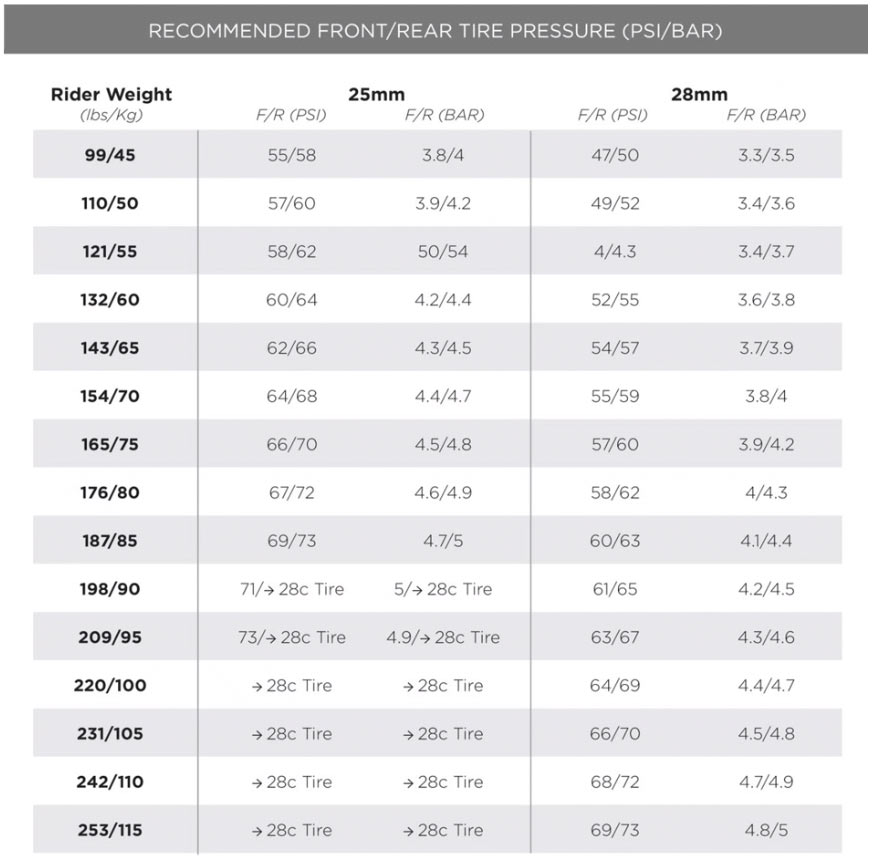 With these new wheels, they also revised their rider weight to air pressure chart and actually found that there’s a clearly identifiable point where a rider is better served by going up to a 28mm tire.

That’s not to say that a lighter-weight rider is definitely going to be faster with a 25mm tire -they admit there’s some inconsistent data so far for 28mm tires and power output- but this table represents the best data they have right now. And you can use their free AXS smartphone app to get this data on hand while you’re pumping up your tires. 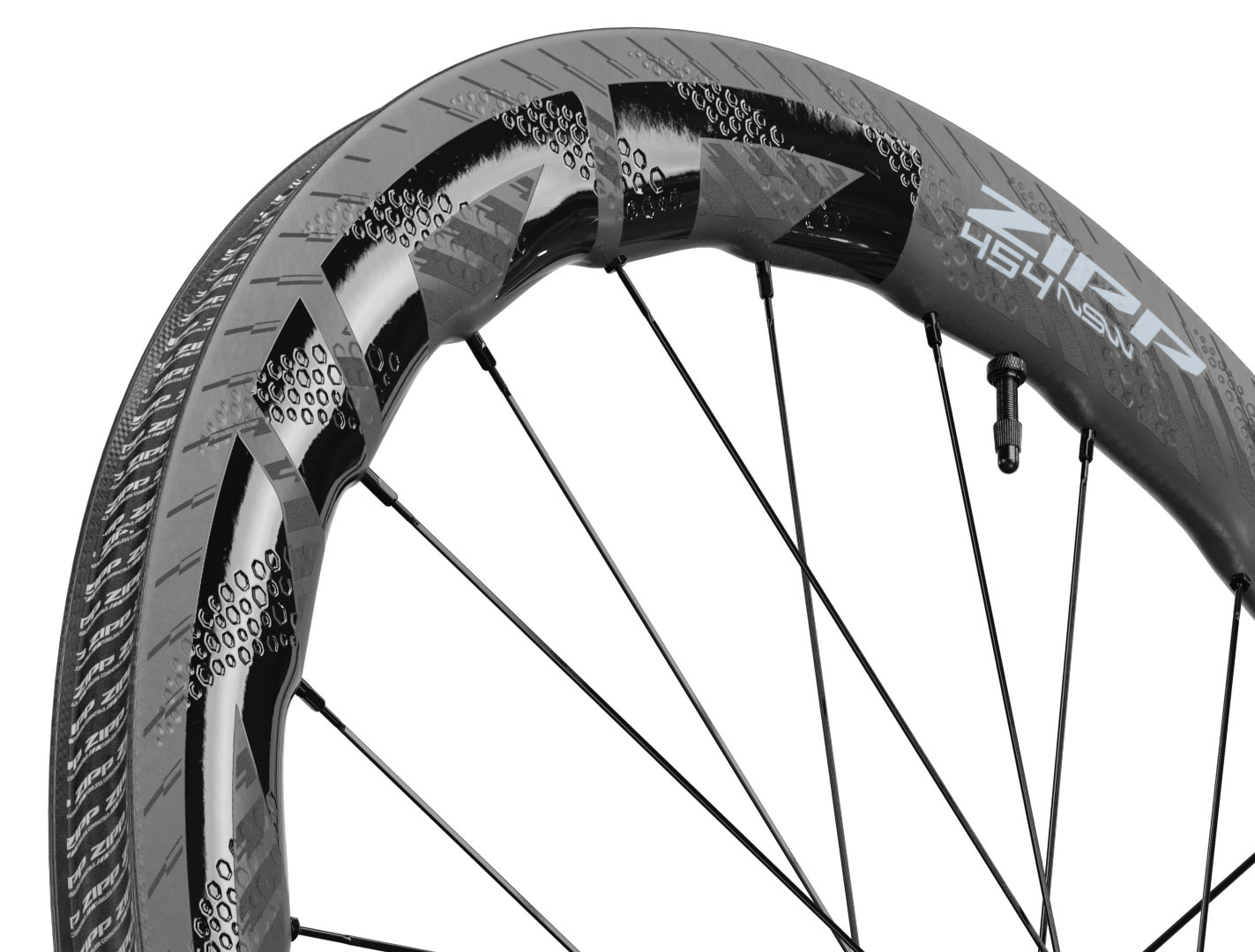 The sawtooth profile undulates between 53mm and 58mm deep, which Zipp says improves crosswind performance. Other than that, the key differences between these and the 404 are the upgraded Cognition Hubs and a different dimple and groove pattern to further optimize aerodynamics.

The layup on these is much more involved to get that shaping, but the idea is the same…reduce vibrations and smooth out the ride. Thanks to the hubs and their direct-printing of all logos (rather than decals), these actually come in lighter than the 404 Firecrest wheels. 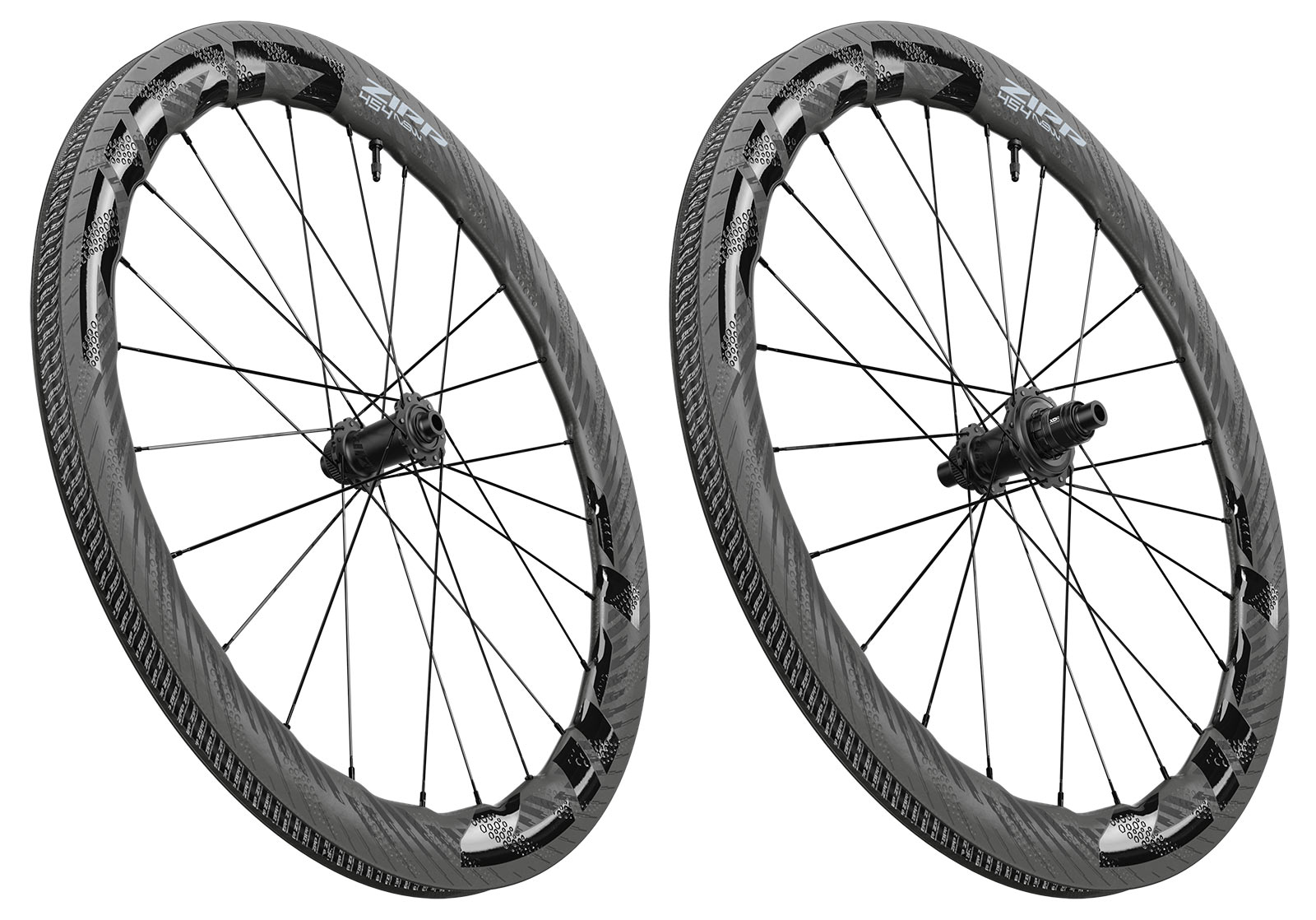 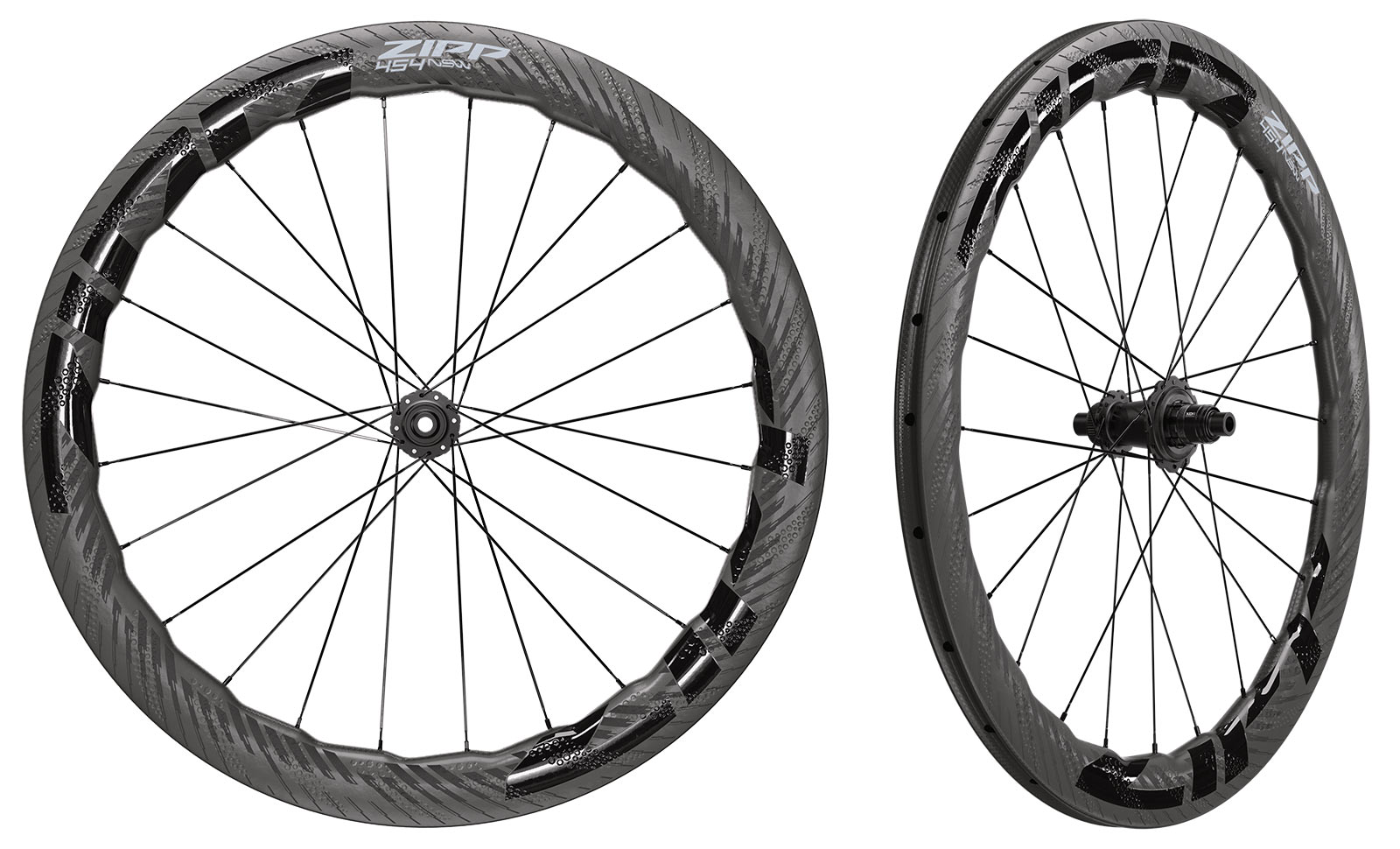 If these are poised to become Zipp’s go-to race wheel, then they need a tubular, right? The new 454 NSW Tubular is a disc brake wheelset that uses the updated rim shapes and Cognition V2 hubs.

But if it says anything about how far carbon fiber rims have come and the benefits of a hookless rim profile, these are slightly heavier than the tubeless version at 1,463g (683g F / 780g R). MSRP is the same $4,000 as the tubeless-ready wheels. 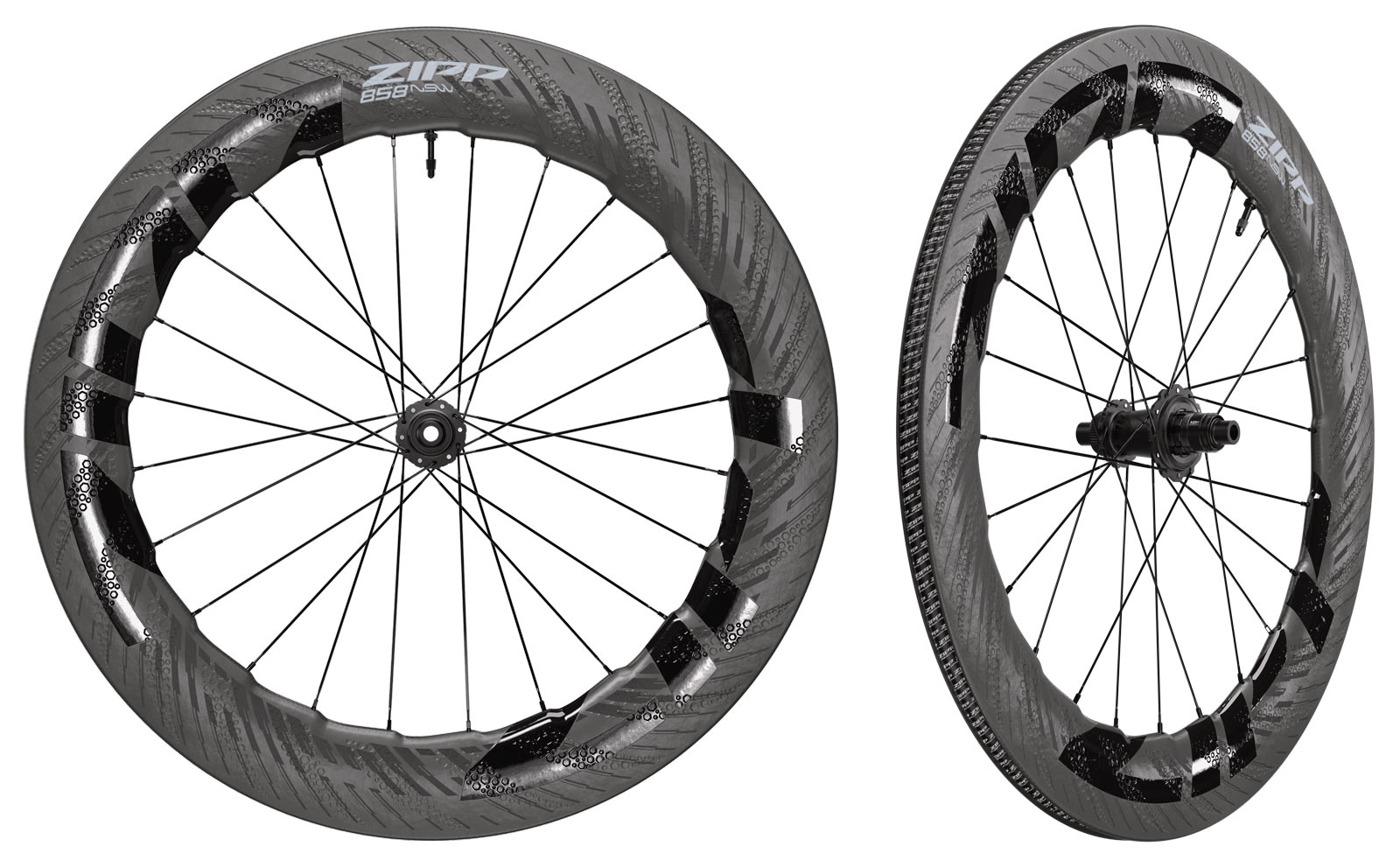 All of the wheels come with a Lifetime Warranty. Available now. Stay tuned for actual weights and first ride review of the new 404 Firecrest wheels…