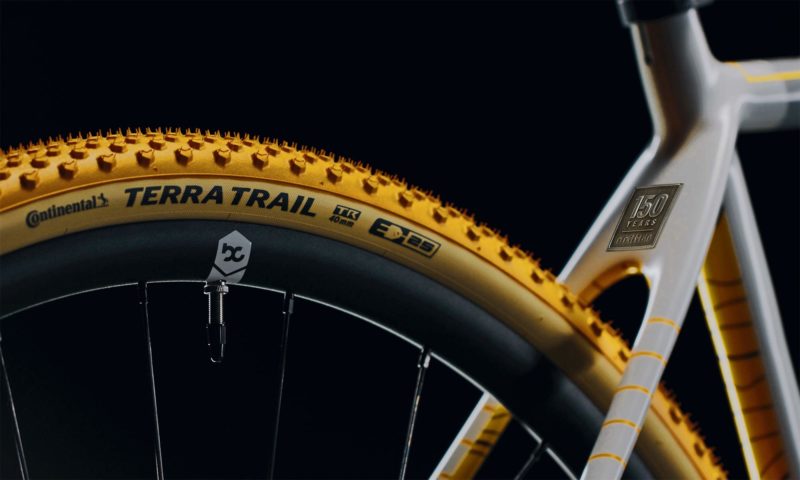 Continental has been making tires in Germany for 150 years, and to celebrate they produced a limited edition run of special yellow Terra Trail gravel tires. The trick though, the tires seem to be so limited that the only way you can get them is if you buy a bike. Continental partnered with OPEN for the perfect platform to show off those new tires, hand painting and custom building a limited run of 150 carbon U.P. gravel bikes with Shimano GRX…

Let’s get this out of the way first… Continental calls the classic orange of their logo “Conti yellow” so who are we to argue with the Germans calling these tires yellow when they are obviously orange. 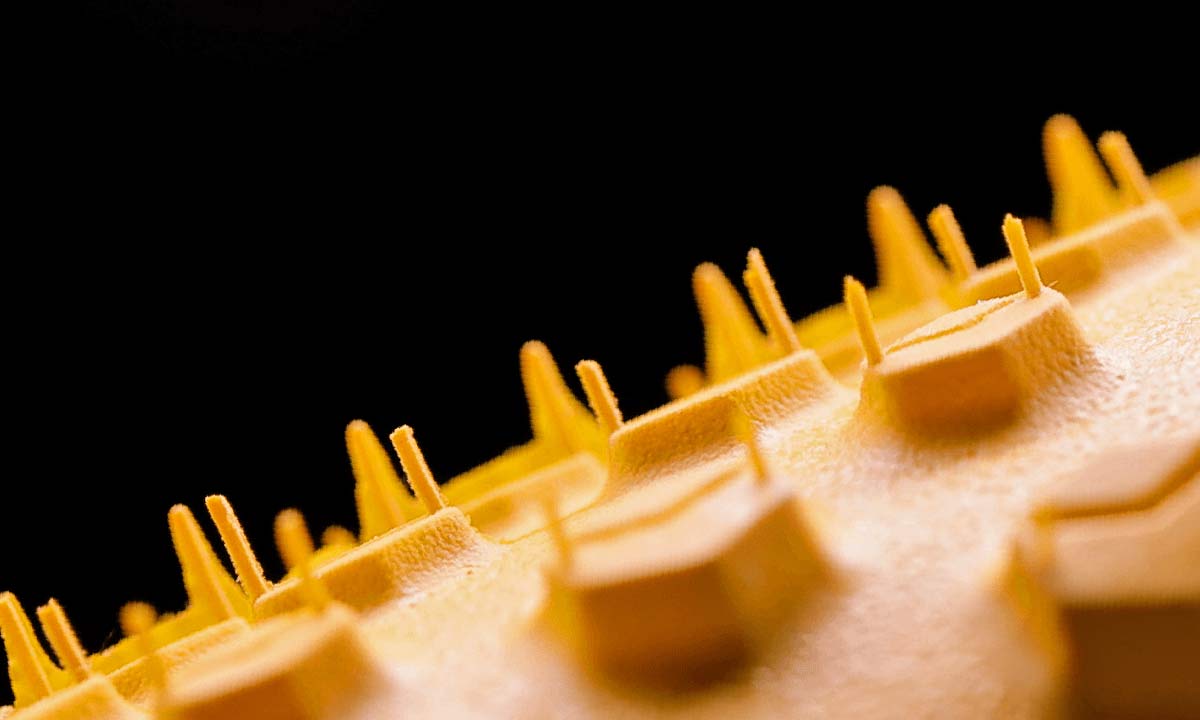 They have been working with this logo for 150 years, after all. (Argue in the comments, please.) 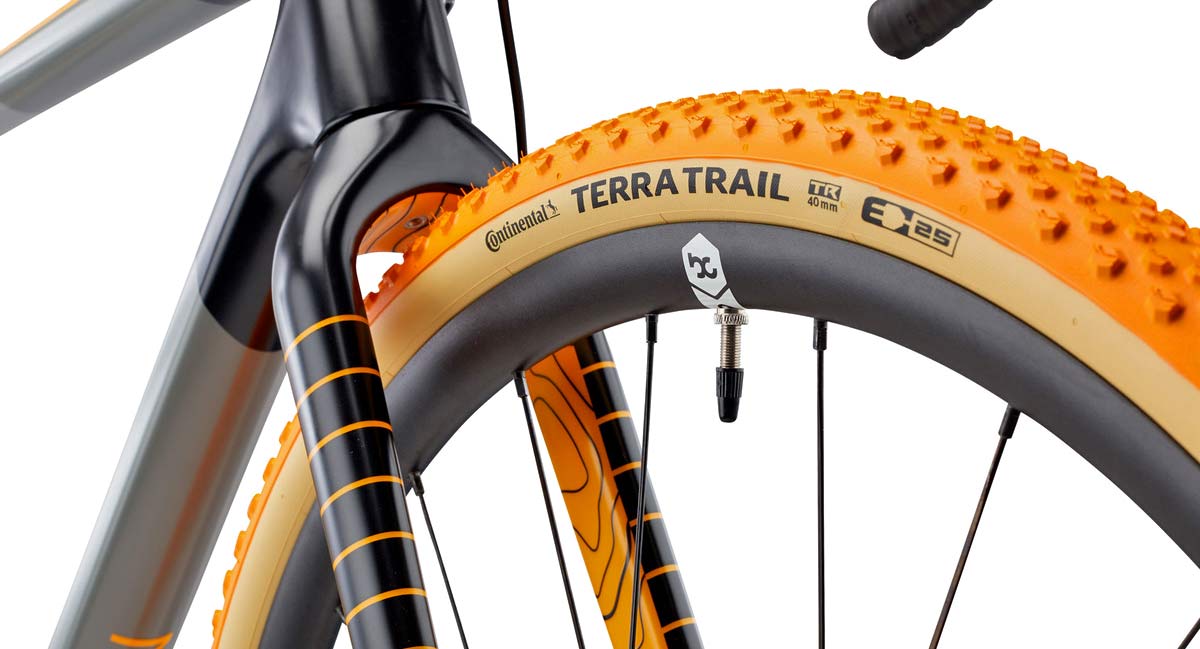 Anyway, the unique look really makes the versatile Terra Trail gravel tires pop as a combination of tanwalls and orange rubber.  Spec-wise the made-in-Germany tires are said to be exactly the same as the standard black tire with cream skin sidewalls –  3-layer 180tpi ProTection construction available in 700x40mm only at a claimed weight of 450g. Interestingly, the cream wall version is said to be 5g lighter than black walls or 10g lighter than ‘transparent’ brown wall versions. 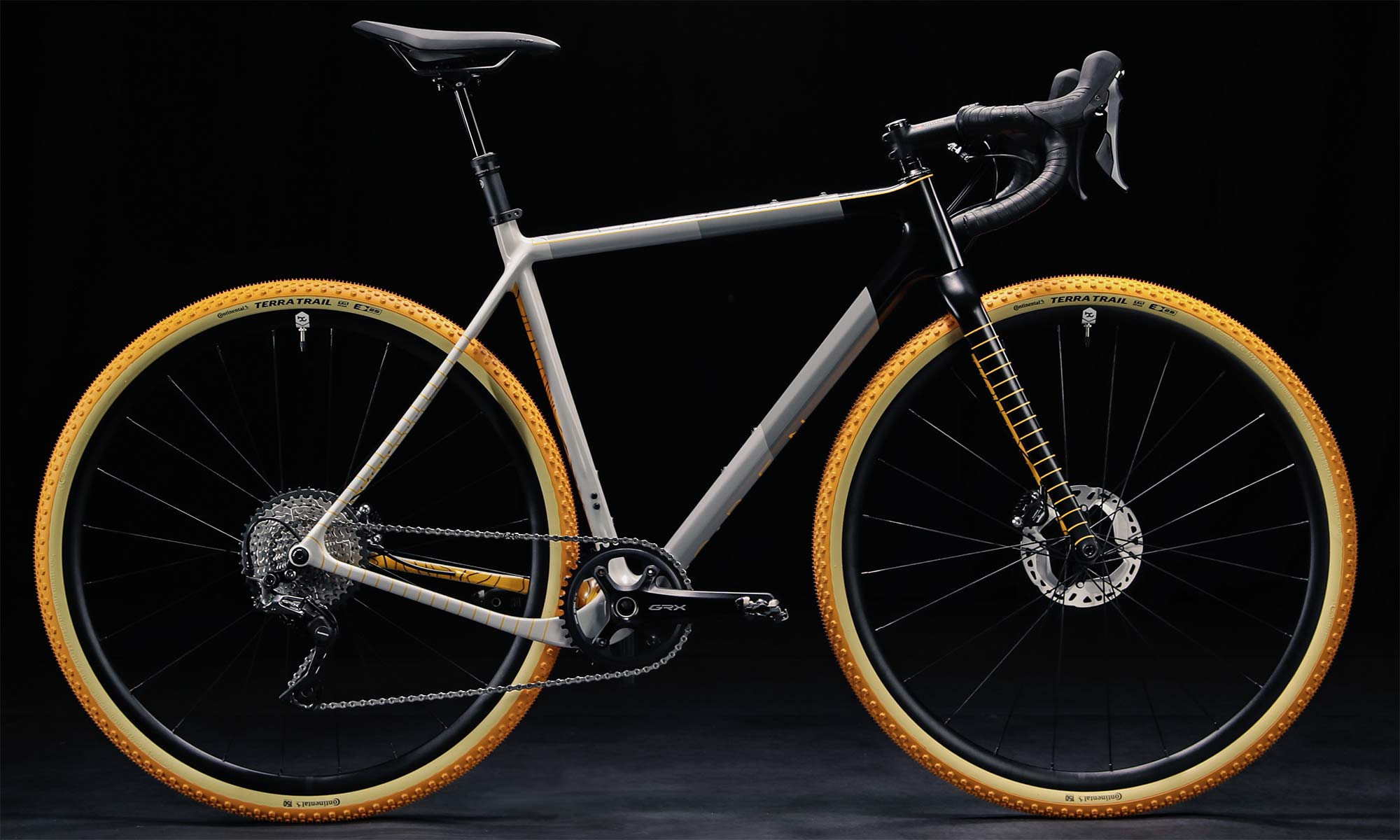 The complete anniversary edition gravel bike starts with the proven benchmark OPEN UP, only being made available in 150 individually number bikes worldwide for 5083€. The anniversary bikes are available to order now, exclusively through Bike-Components.de where you pick your size and select “Inform-Me” to manage demand, with delivery estimated with a week. 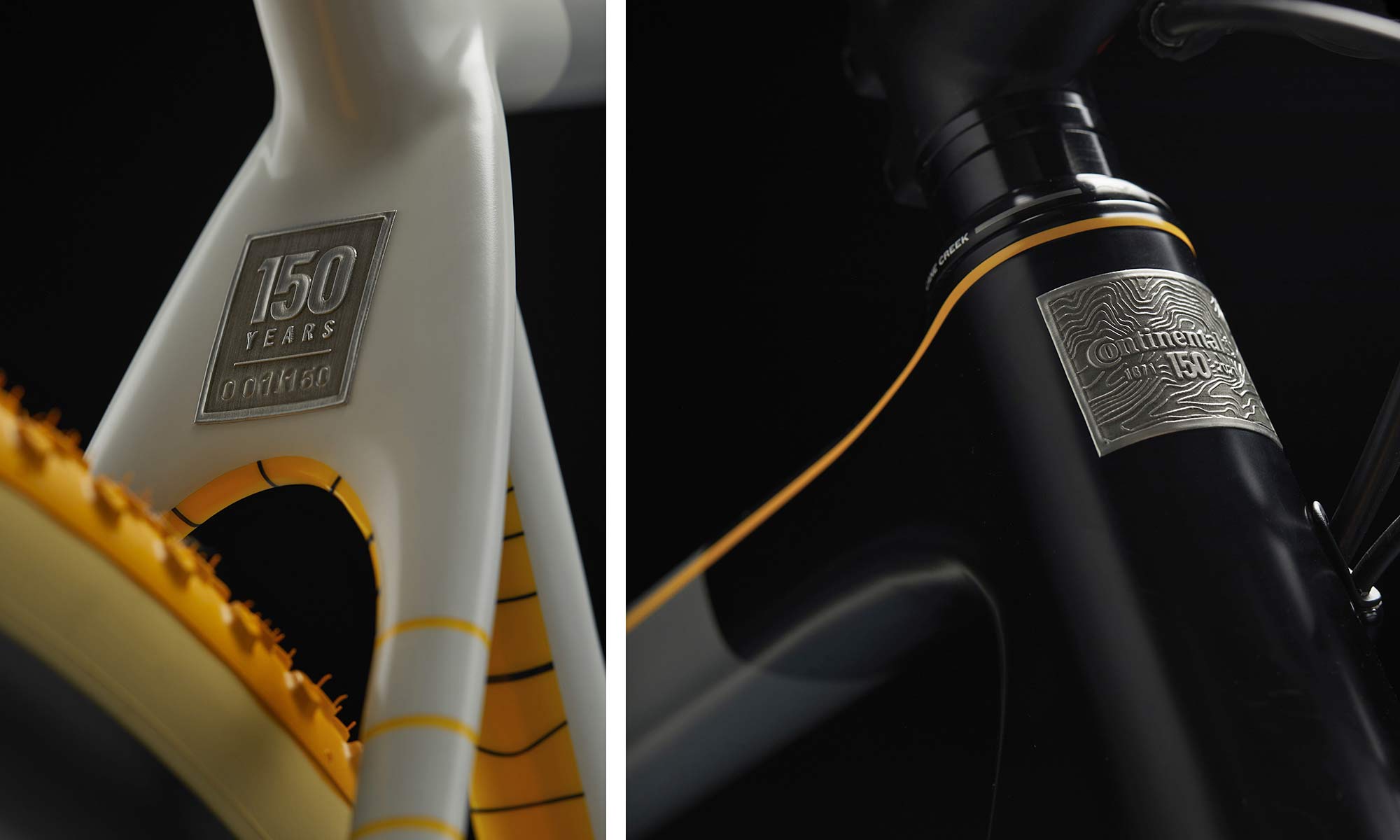 Each UP frameset in the series is individually badged, numbered & issued with a certificate of authenticity, on top of the Conti gravel contour-themed gray/black/orange hand paint job. 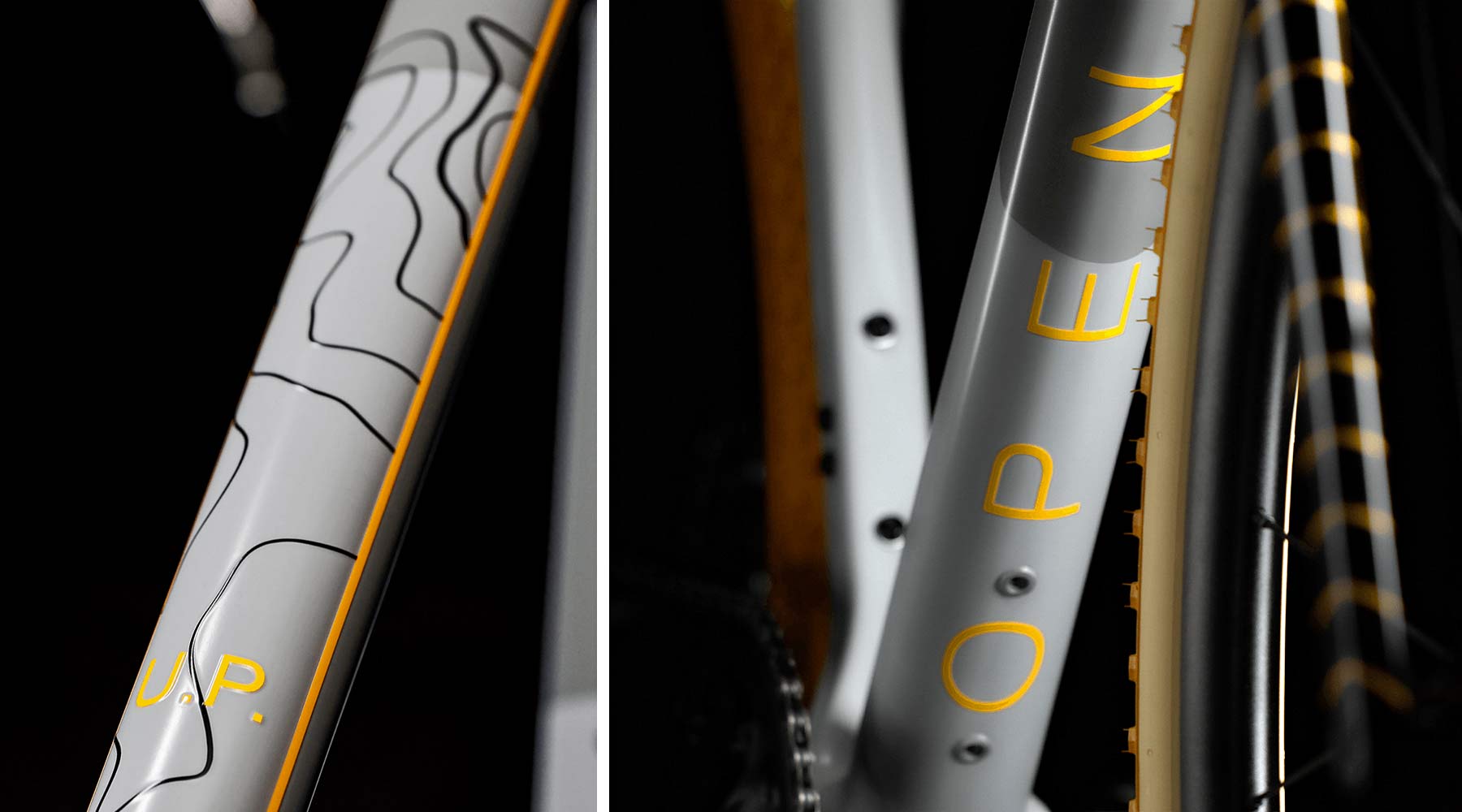 Then it is finished with a Shimano GRX 800 1×11 mechanical groupset, alloy cockpit & wheels from Bike-Component’s own product line-up and a Crankbrothers Highline gravel dropper seatpost, for a claimed weight of 8.9kg (M). 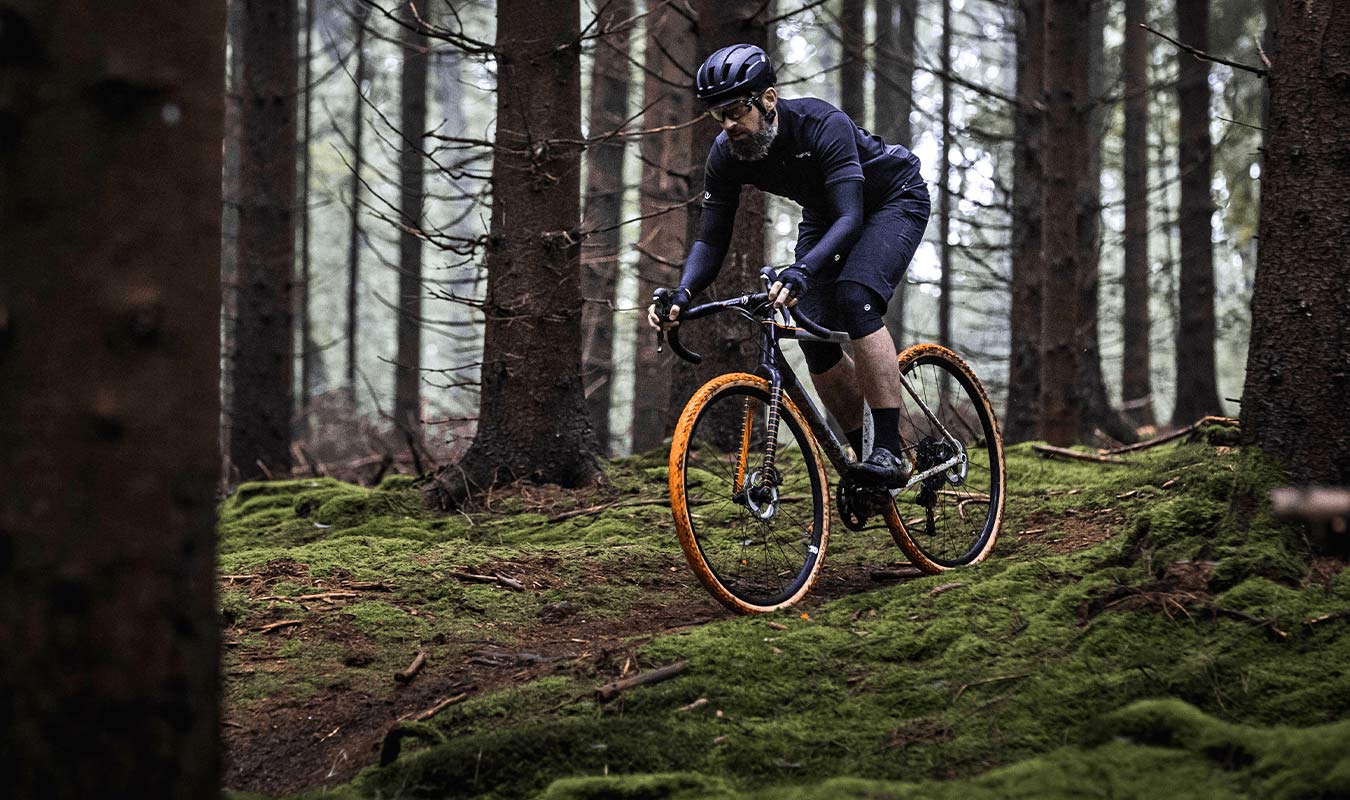