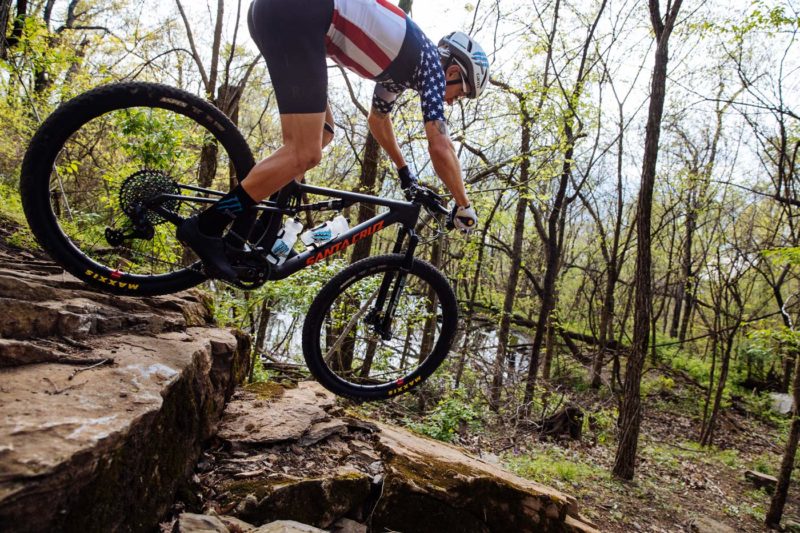 Seen racing the World Cup XC race circuit, the new Santa Cruz Blur blends a lighter single-pivot design with top shelf components to drop grams and go faster. Gone is the VPP suspension, and gone is a lot of weight…it’s 289g lighter than the prior model.

This new Blur has 100mm of rear wheel travel, paired with 100mm forks, with suspension tuned by a single upper linkage. Tagging along for the ride is a new Blur TR, with a 115mm rear end that’s designed for more aggressive XC courses. Here’s all the details, starting with how we got here…

Is this a Santa Cruz Superlight or a Blur? 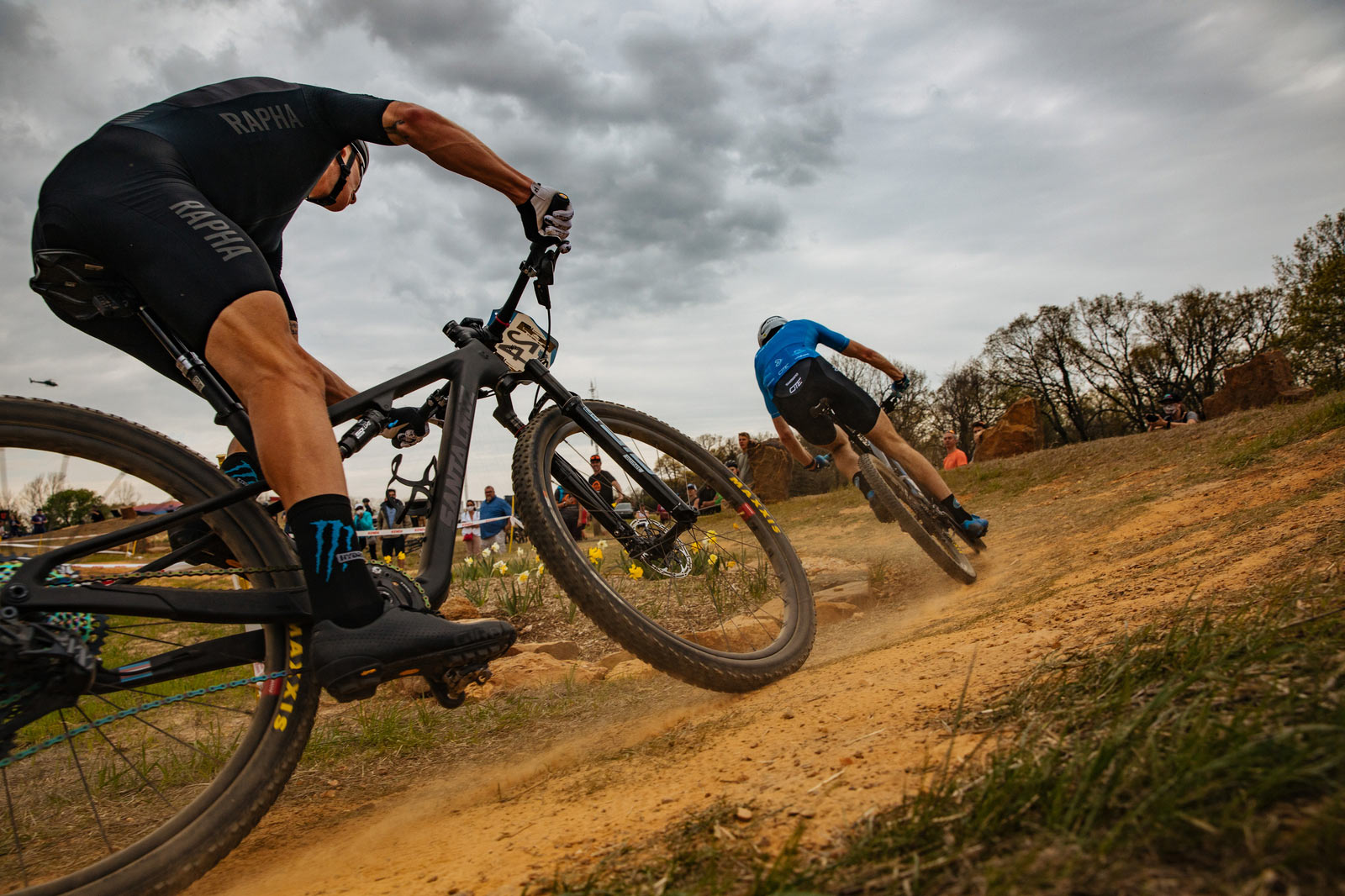 Um, yes? It takes the best of both bikes, really, and adds fully modern carbon fiber production and a minimalist design to create a really, really light bike. So it’s worth a quick recap of the two models that informed this bike’s design.

Over the years, Santa Cruz has offered a range of bikes with an evolving VPP suspension design. Only one model stood out, the Superlight. Built for XC racers, it was simple and light. In 2012, it finally got 29er wheels but stuck with a direct-driven shock while many other bikes in the category were upgrading to linkage driven designs to better tune the suspension curve.

The Superlight was discontinued in 2018, just as the Blur was rebooted as a 29er. The Santa Cruz Blur iterated numerous times through the years, relying on their multi-linkage VPP design. But, surprisingly, after a four-year vacation from the line, it really did take until 2018 to get rebooted as a 29er and becoming their top XC model.

Now, the 2022 Blur mixes the best from both…and gets a new life on the World Cup XCO circuit.

The bike comes only in carbon (for now), with a standard Blur C layup and a lighter Blur CC option. There’s two colors, with the “Dark Matter” black saving 48g over the Salmon pink color. 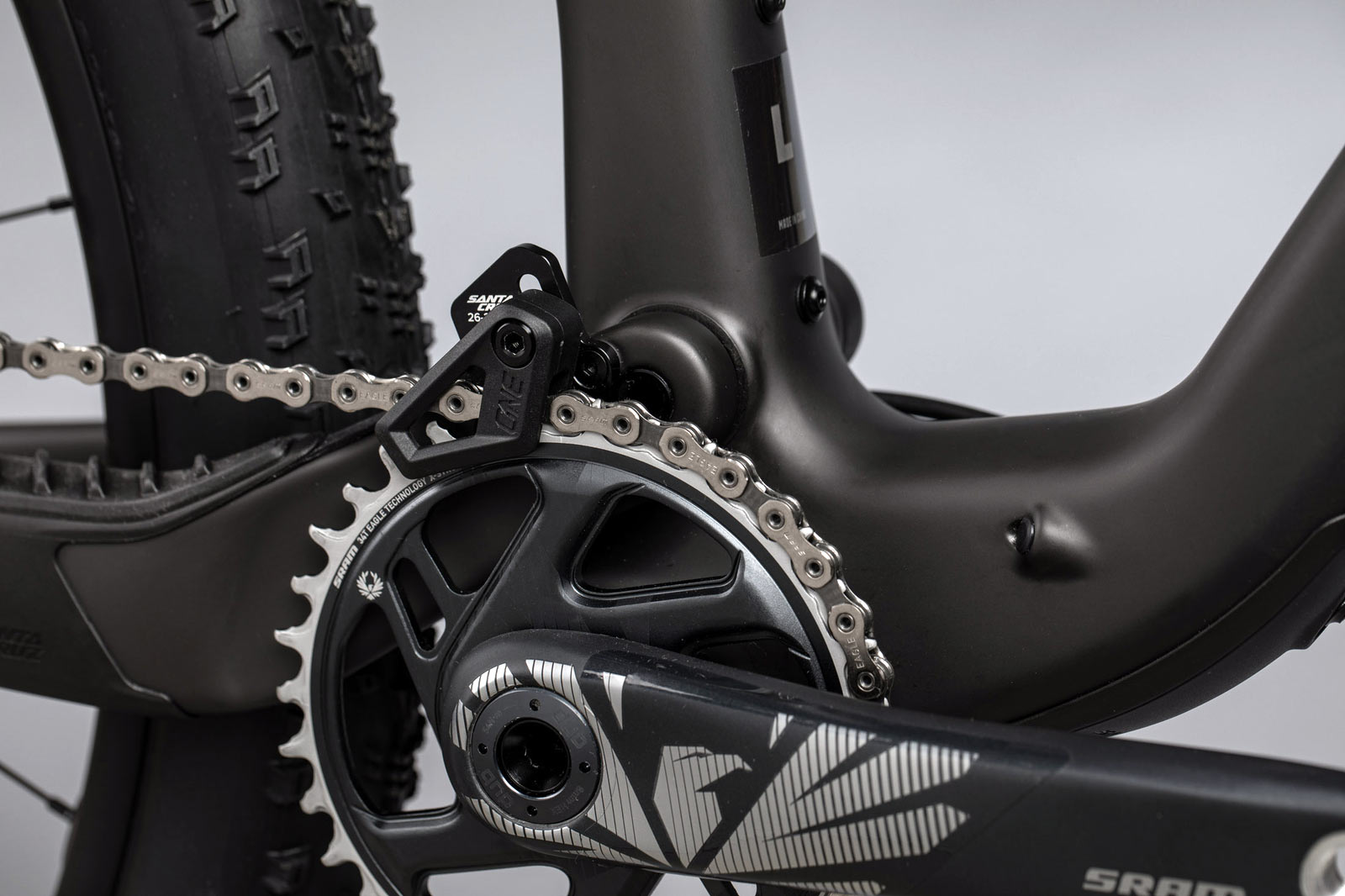 Claimed frame weight, with all hardware (including seatpost clamp, but excluding rear axle) and a SID Luxe rear shock is 1,933g for a size large. Considering the shock has a claimed weight of 235g, that’s a really light frame. 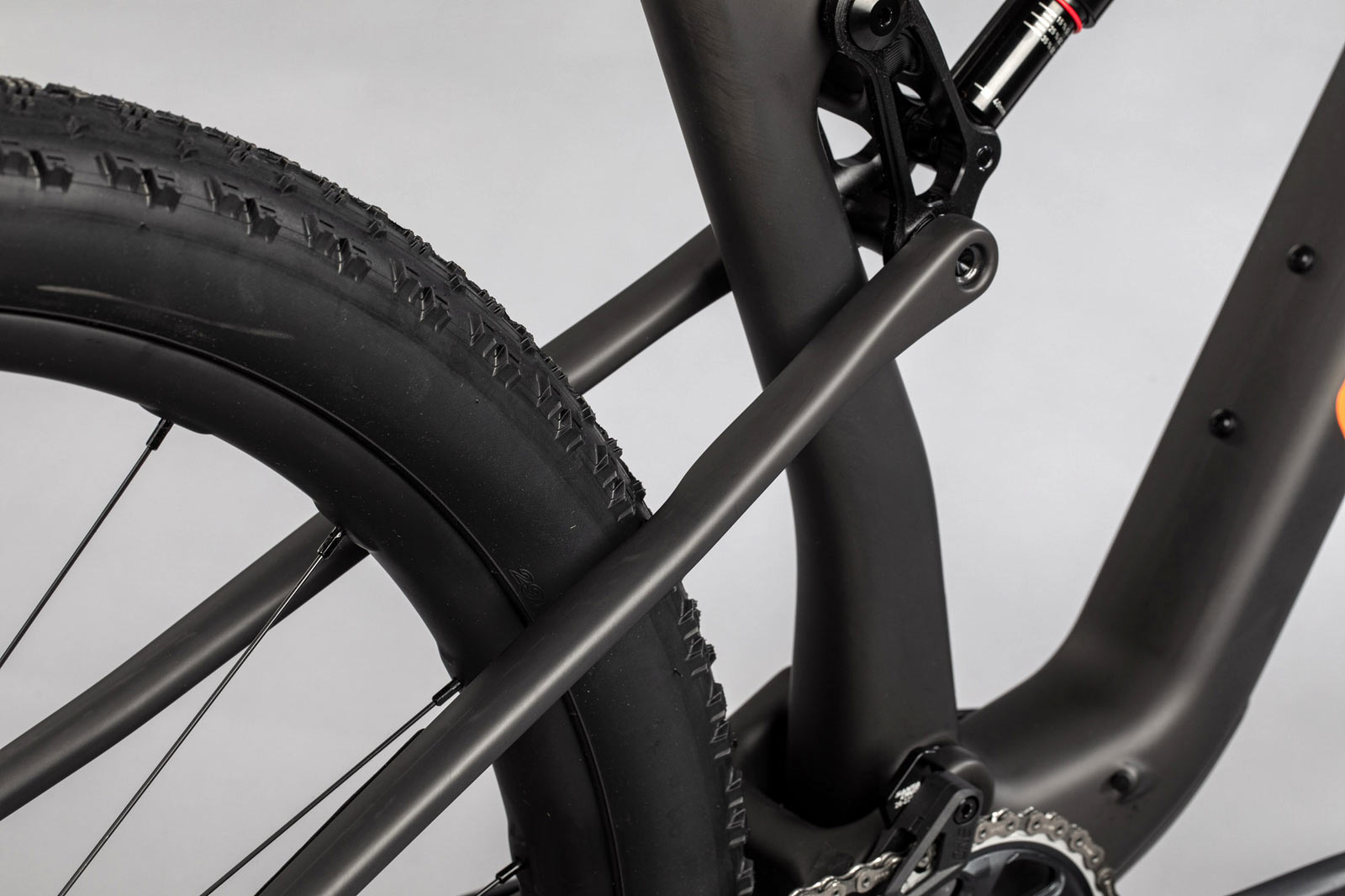 The big difference in the design is the use of flex seatstays tied to an ultralight alloy upper linkage. Combined with a tuned carbon fiber layup in the stays, and the added tuning a linkage provides, they were able to keep the shock’s tune fairly simple and light so it could soak up the little stuff and remain active. 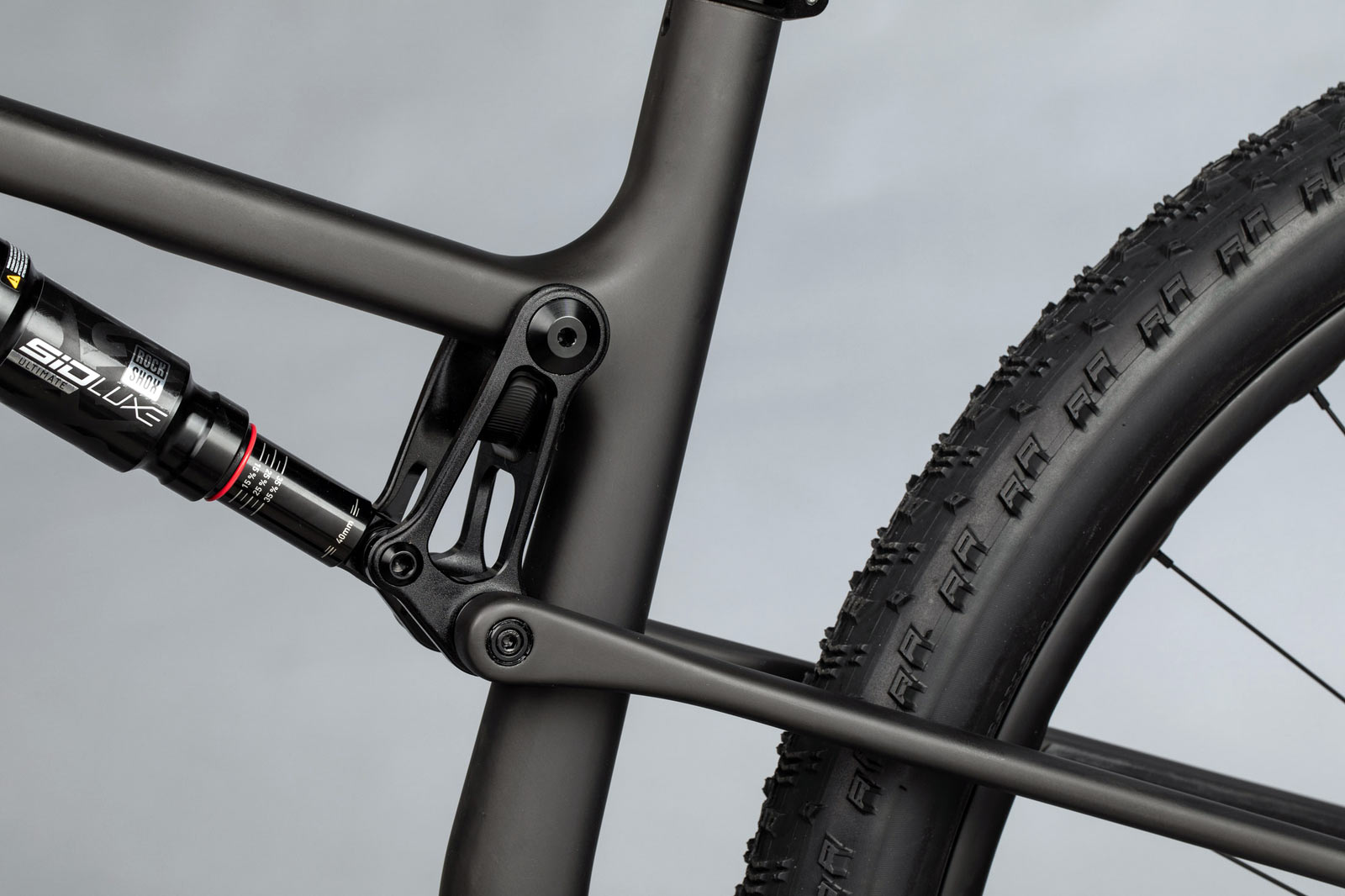 This means a low leverage ratio, which they say makes for a smoother suspension curve. The lower main pivot is positioned at the top of the chainring, which should mean very little pedal influence on the suspension, too…which makes sense considering they say there’s very little anti-squat built into the kinematics. 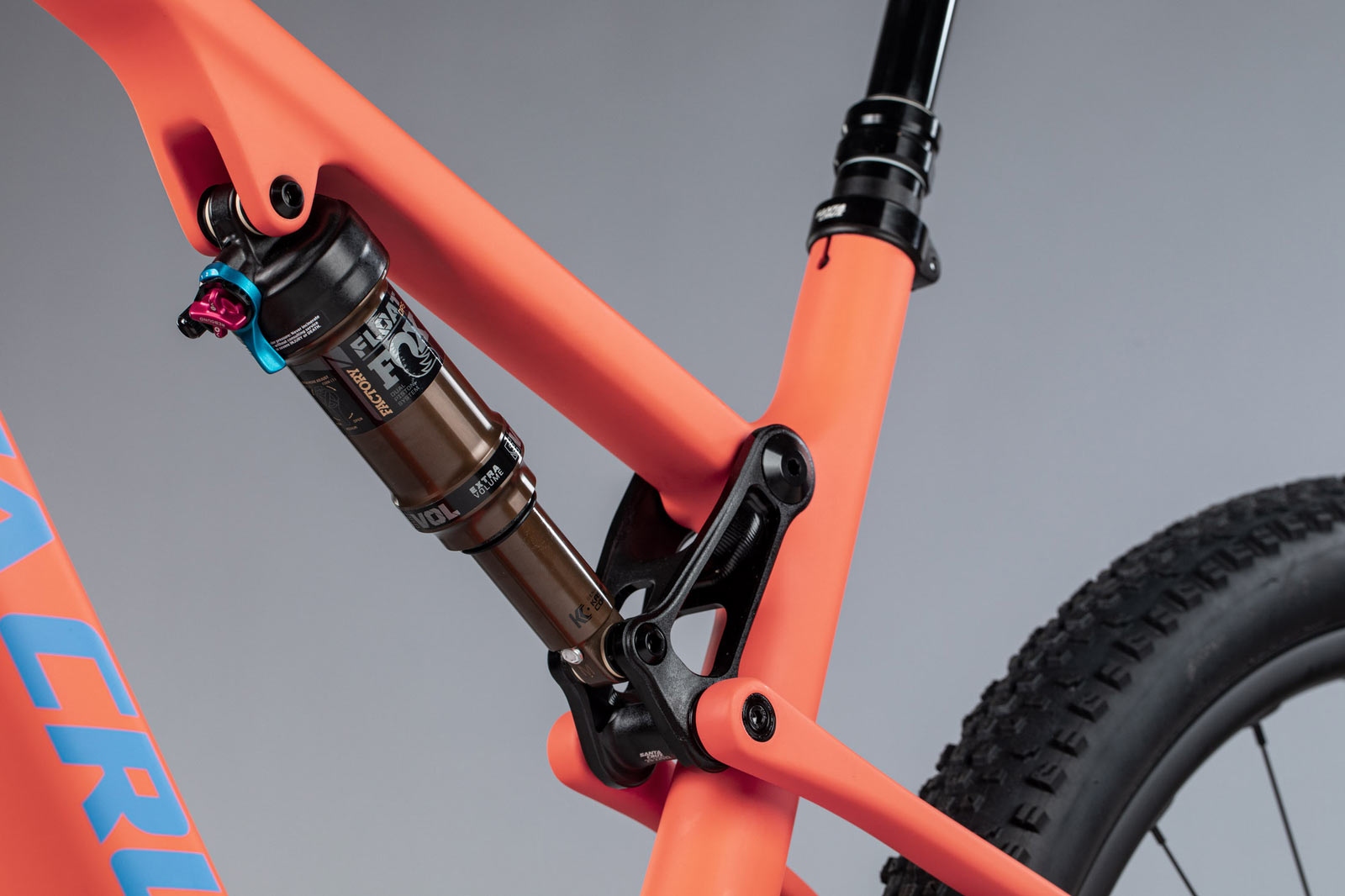 The result? A suspension that’s able to easily work over the terrain without having to combat a lot of anti-squat just to break into its motion…even while pedaling.

Some models will come with a lockout remote, but even for those that don’t, the lockout lever is easy to reach directly under the seat tube. 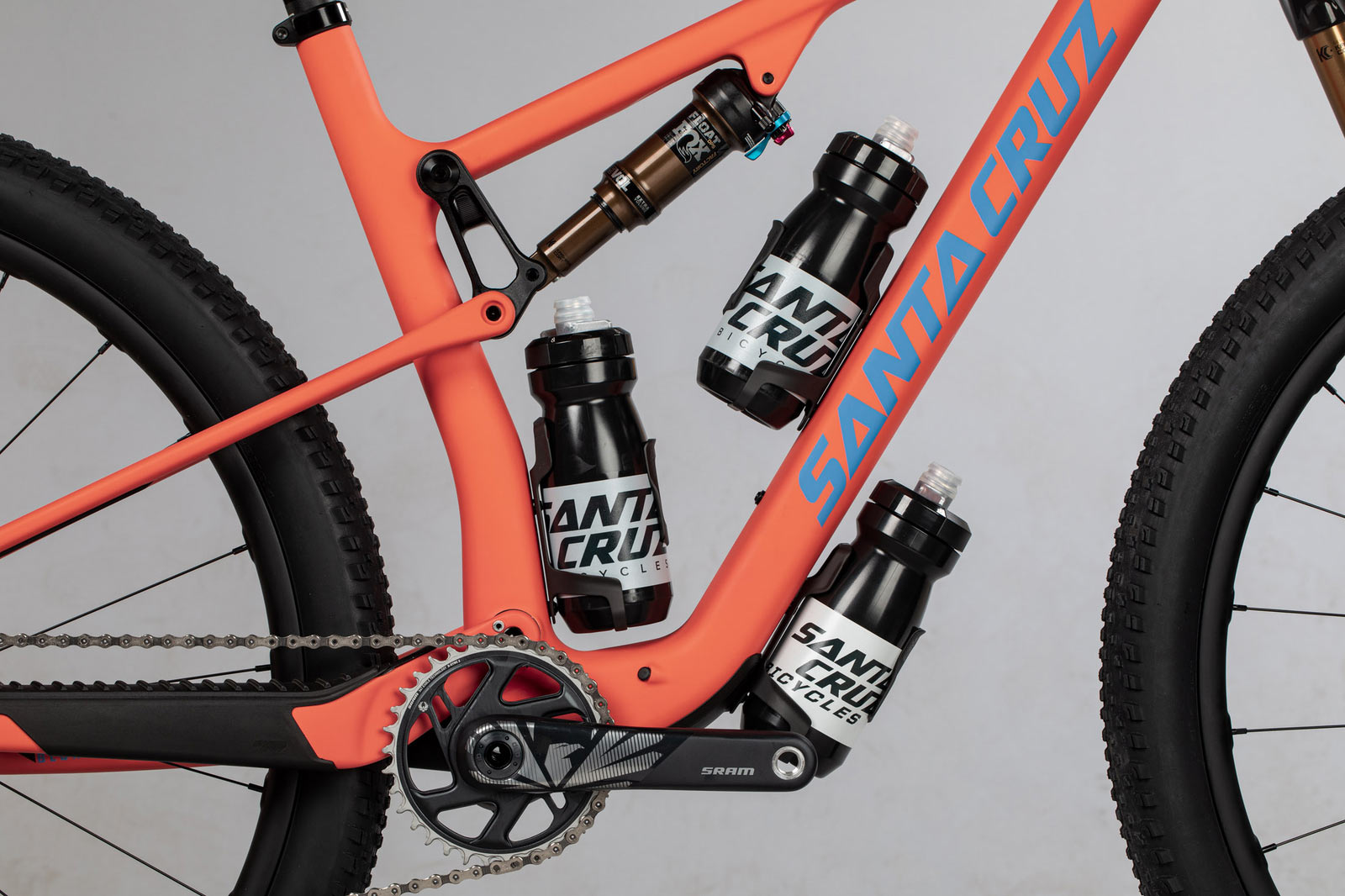 The bikes fit two bottles inside the front triangle, with three bolts on the downtube. You can actually run that bottle in the lower position and still clear a second bottle on the seat tube…or move it up and make room for a small tool kit attached behind the cage. Need more fluids? Use the extra bottle cage mounts under the downtube for a third bottle…or tool storage, etc. 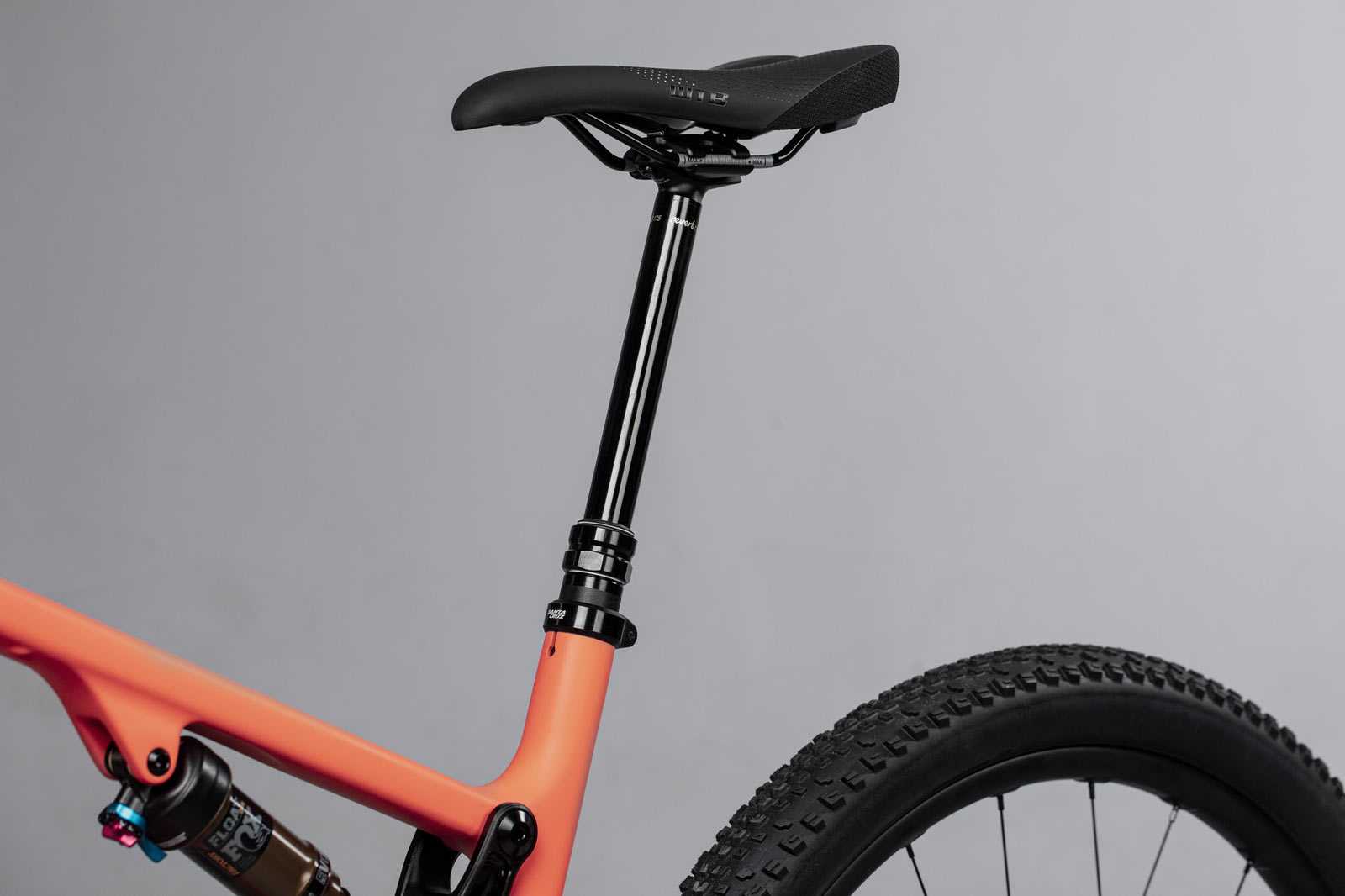 Need something more aggressive, but still racy? That’s the new Blur TR, for “Trail”, though Santa Cruz is still leaning on the 120mm Tallboy to fill their “trail bike” spot. The Blur TR is aimed at racers that just want more travel. It gets 115mm rear travel with a 120mm fork. 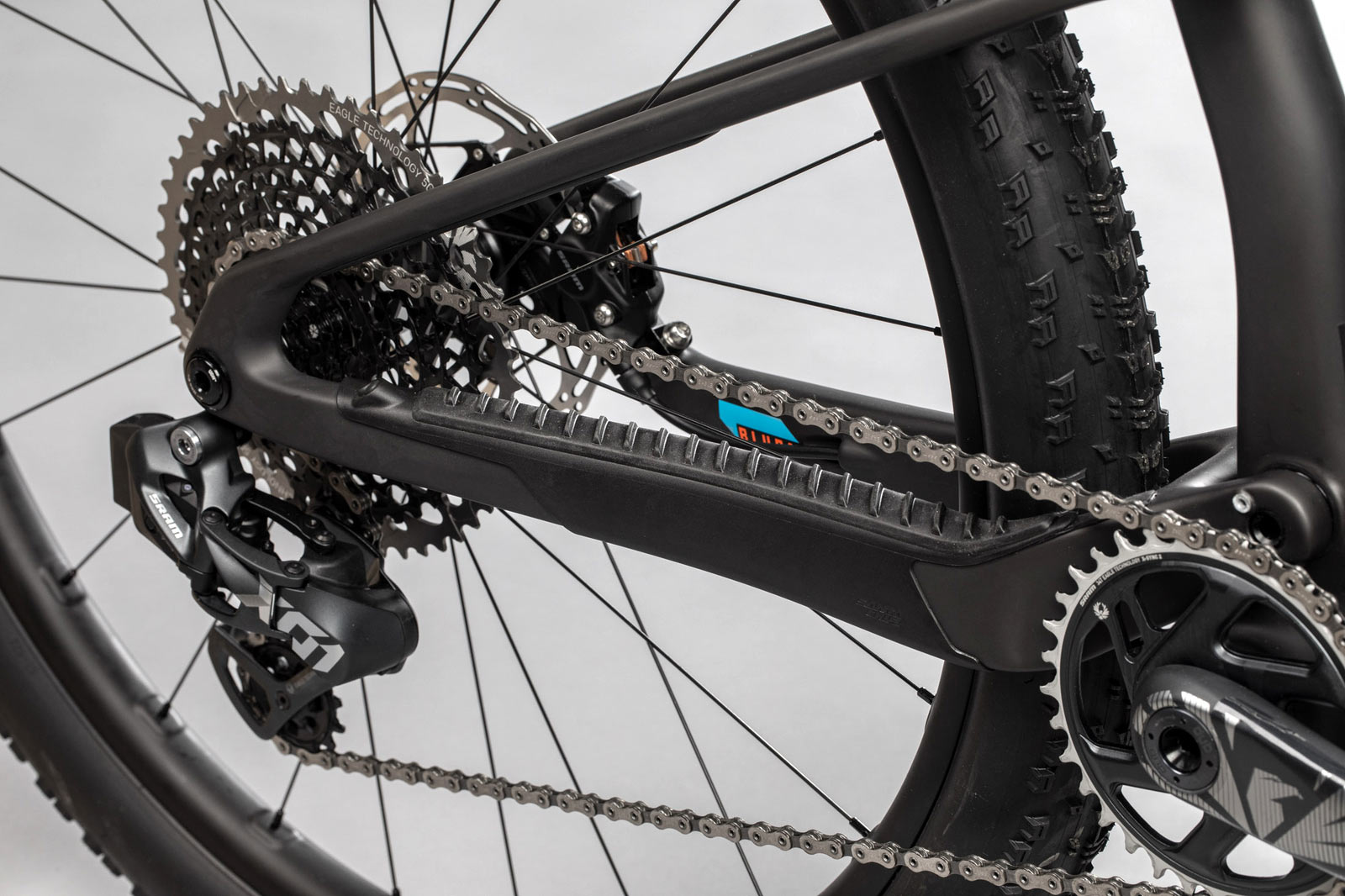 That extra travel comes from a longer stroke rear shock…the frame, rear triangle, and linkage are all the same for both bikes.

Technically, the shorter travel Blur is just “Blur”, without the “XC”…but we’ve added it throughout this post for clarification. Here’s the quick comparison cheat sheet: 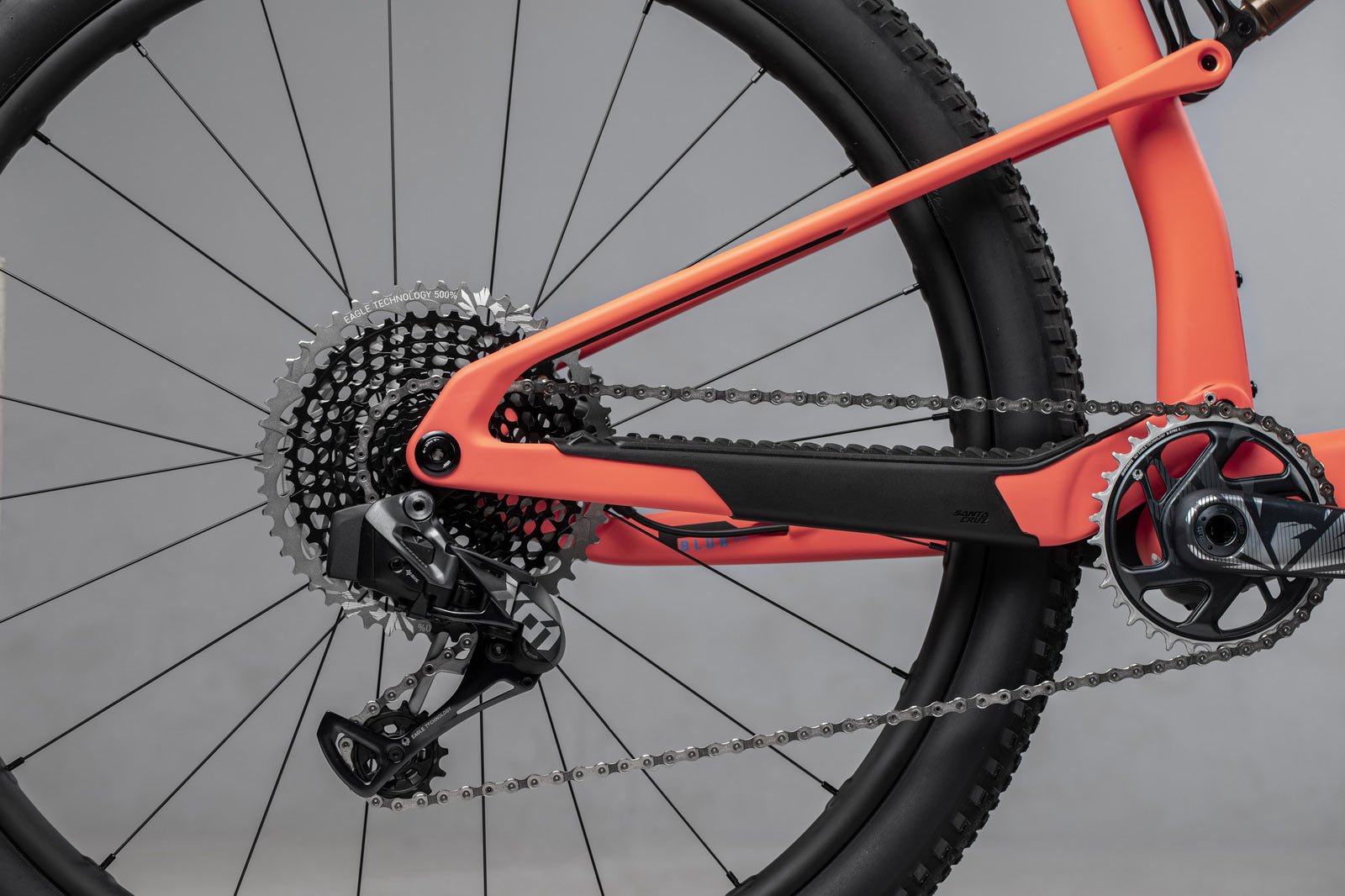 Because they share the frames, it means you can run bigger tires on the XC model, too, or just swap fork and shock when you want something a little bigger.

All models get size specific seat angles and chainstay lengths. They say this gives every size bike and rider the same weight balance and handling characteristics.

Reach is longer, paired with short 60mm stems and a 0.7º slacker head angle. The Blur TR is 1.4º slacker up front than the prior TR model. Scroll down for build specs, pricing and models. 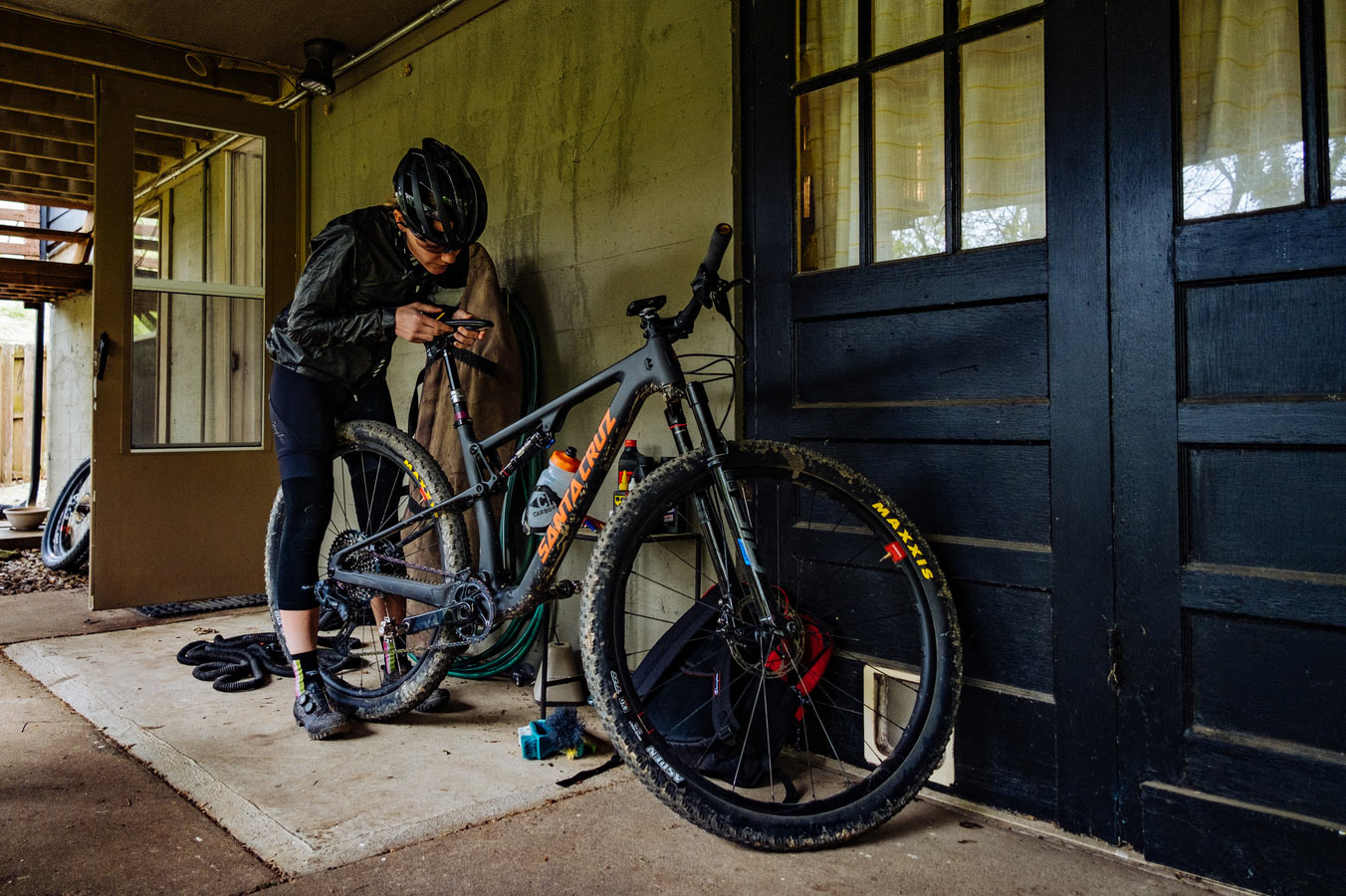 All of the bikes come with Santa Cruz’s lifetime warranty and lifetime bearing replacements. And they all use standard parts -nothing really proprietary- so it should be easy to work on.

The CC models come from the same mold, just have a higher-end carbon and layup. Santa Cruz says they’re typically 150g to 200g lighter than the C models. Down the line, Cane Creek headsets handle steering. Wheels are typically Industry Nine 1/1 hubs on Race Face AR/ARC rims, until you get to the RSV models. These get the really, really light Reserve 28 carbon wheels, which drop a lot of rotational weight.

Dropper posts are either the new Fox Transfer SL 100mm travel on the XC models, or longer travel Reverb (Stealth or AXS) on most of the TR bikes, with the two lower end builds getting SDG Tellis posts instead. 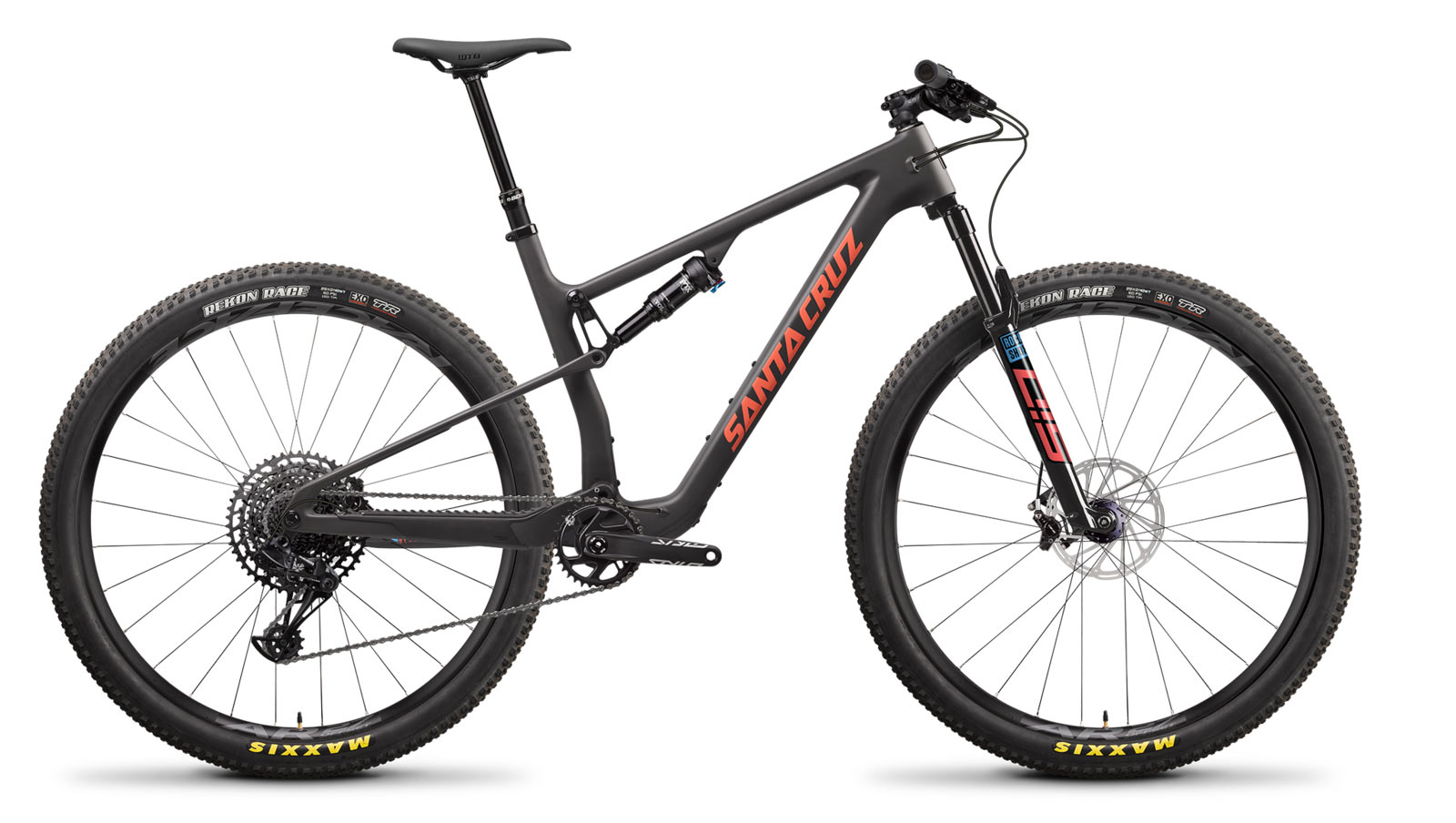 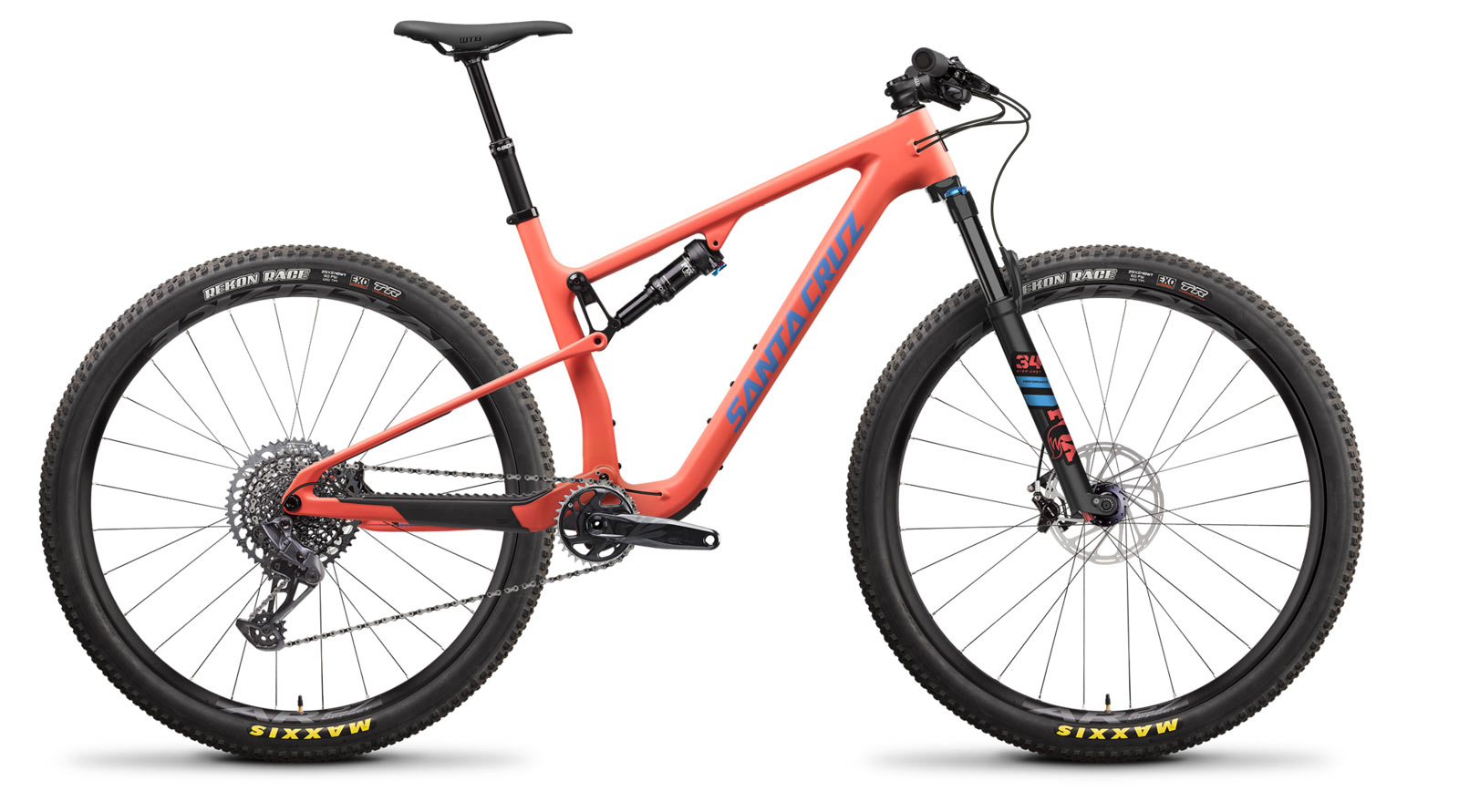 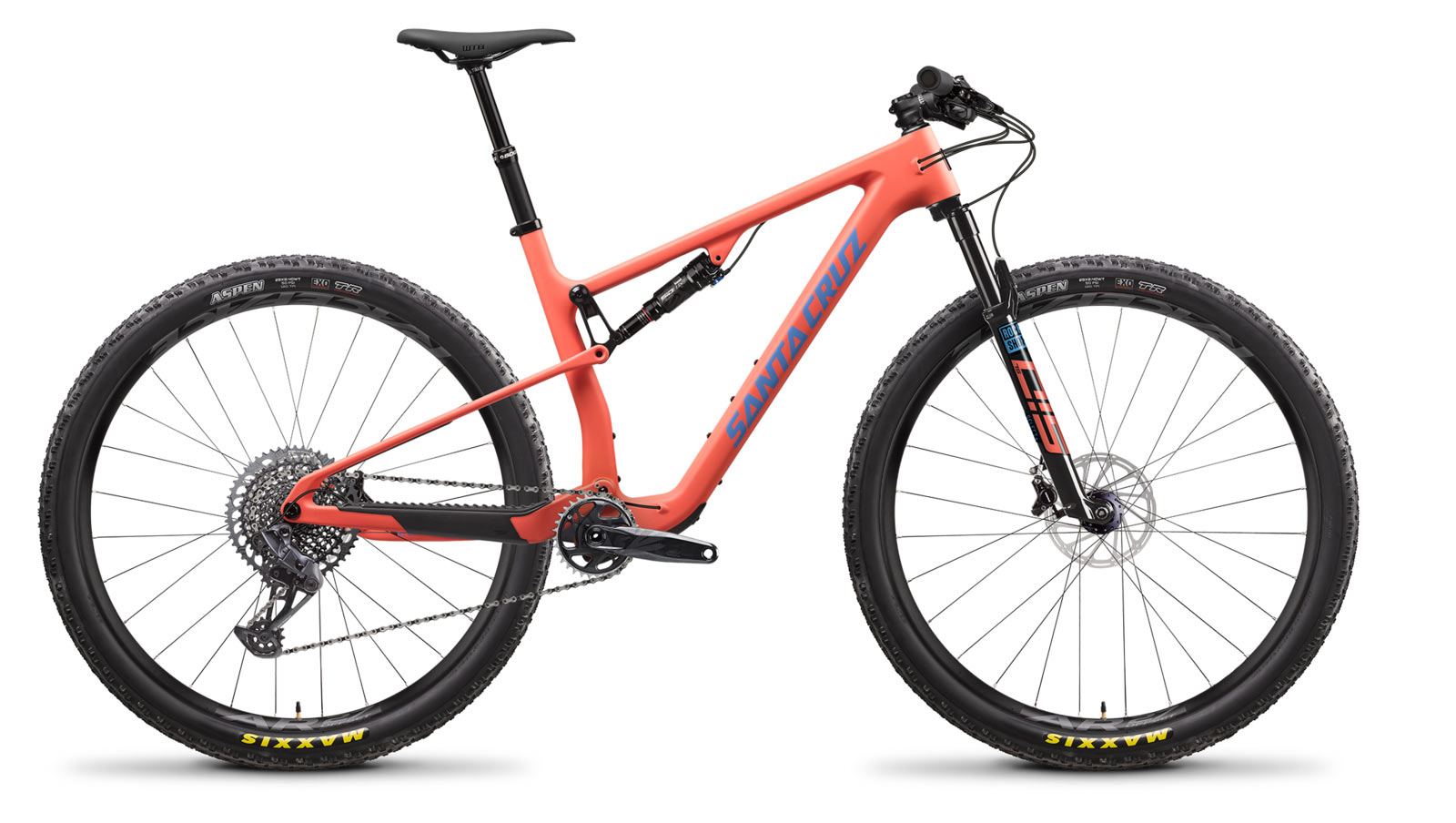 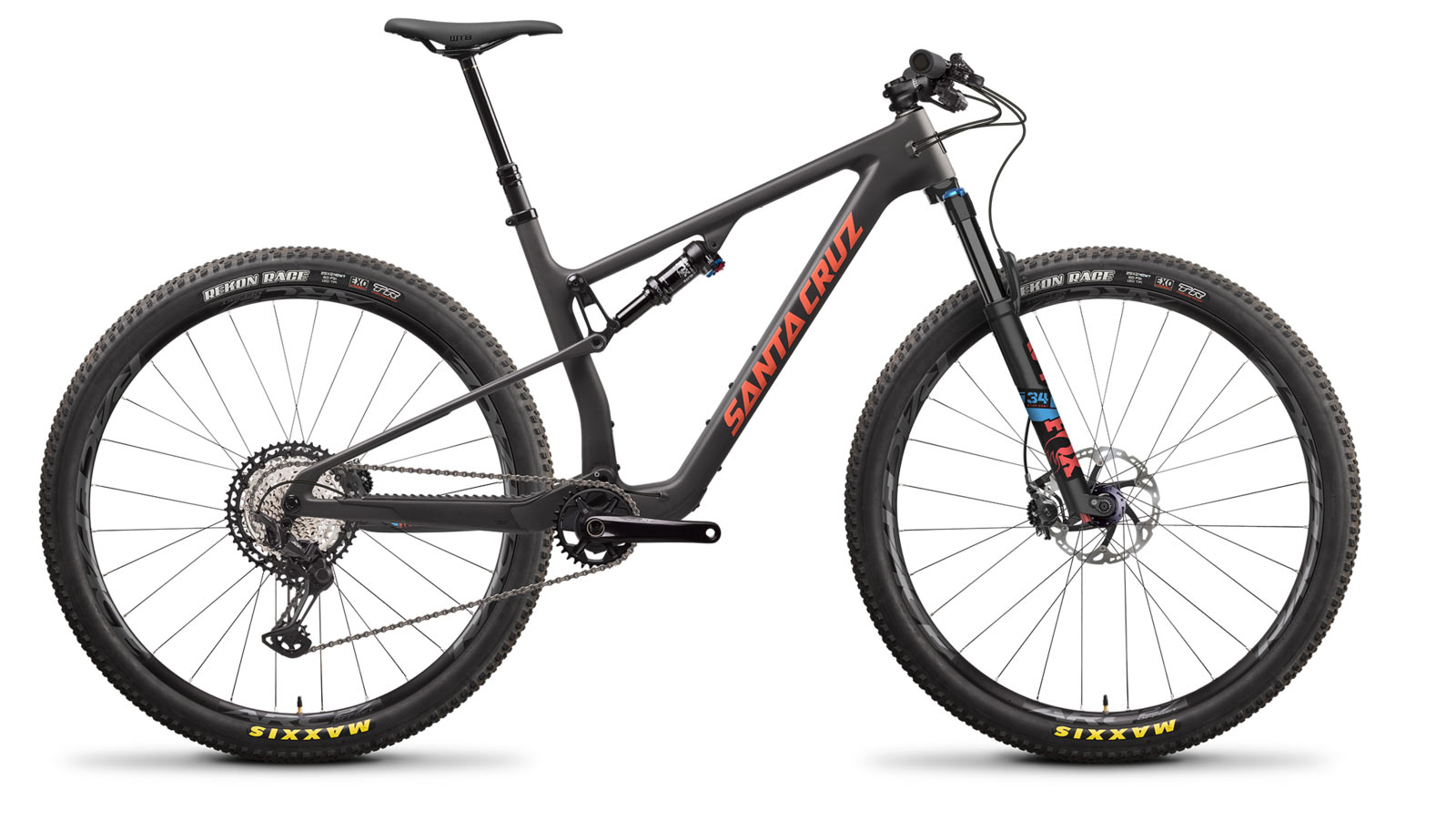 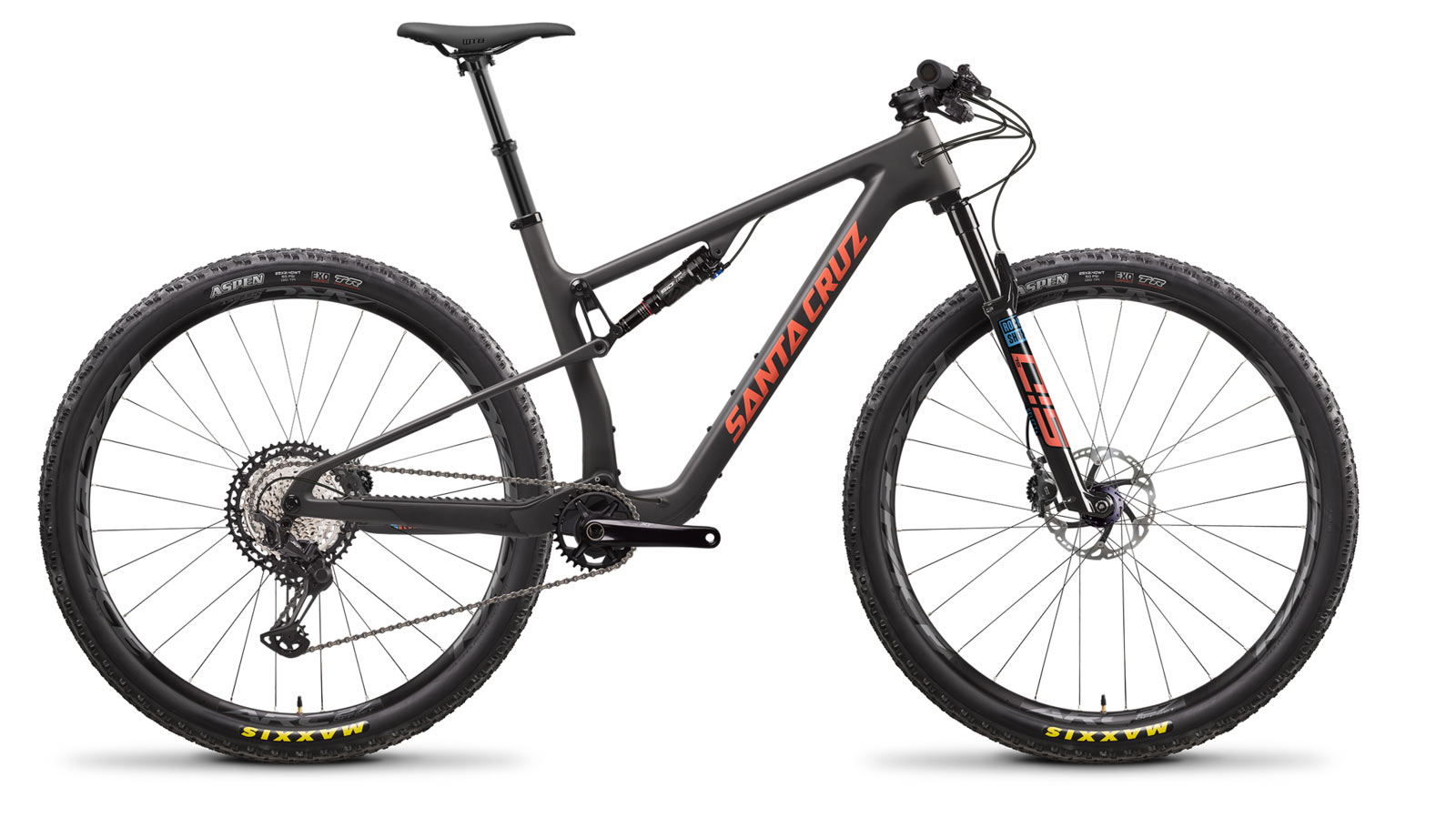 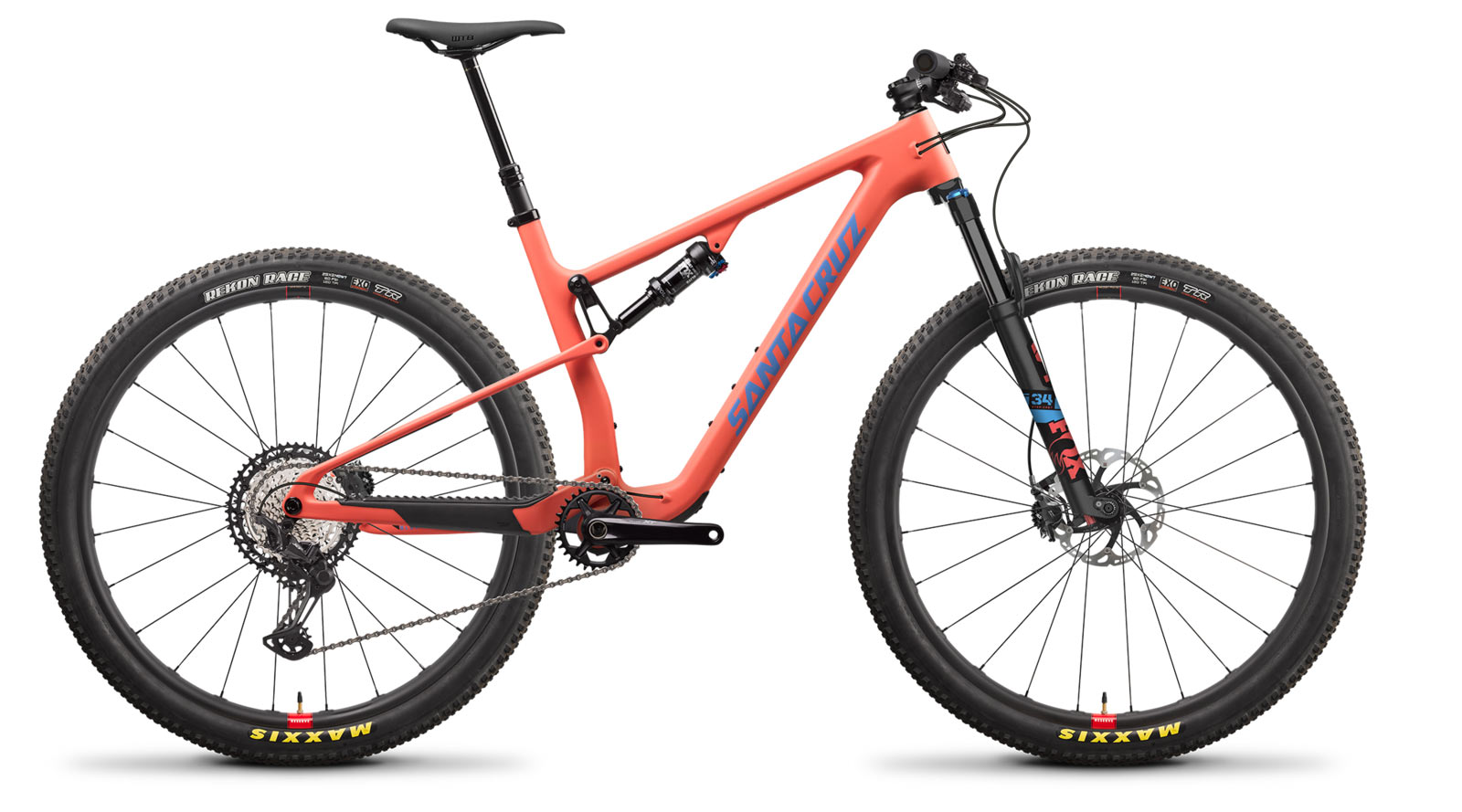 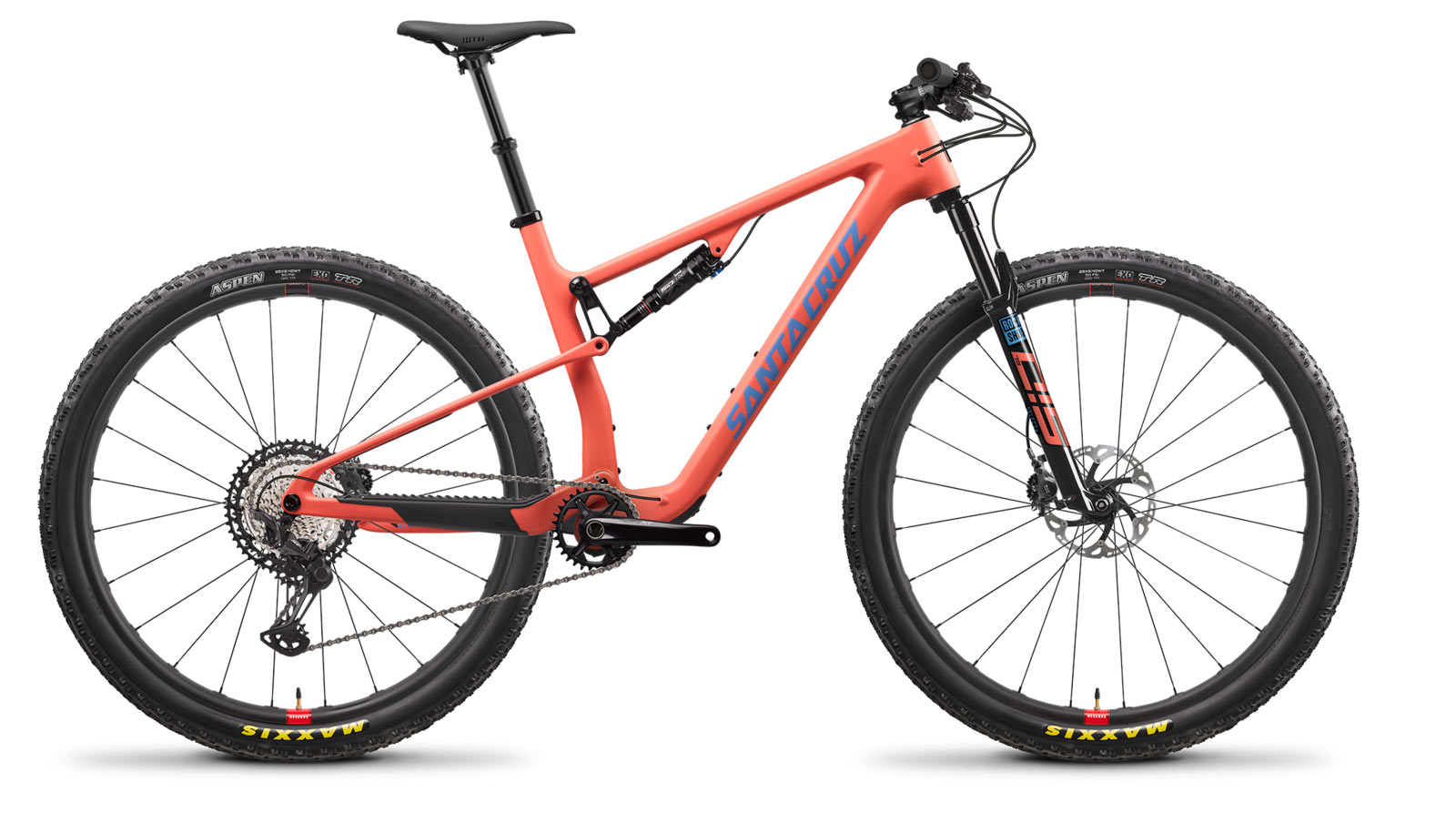 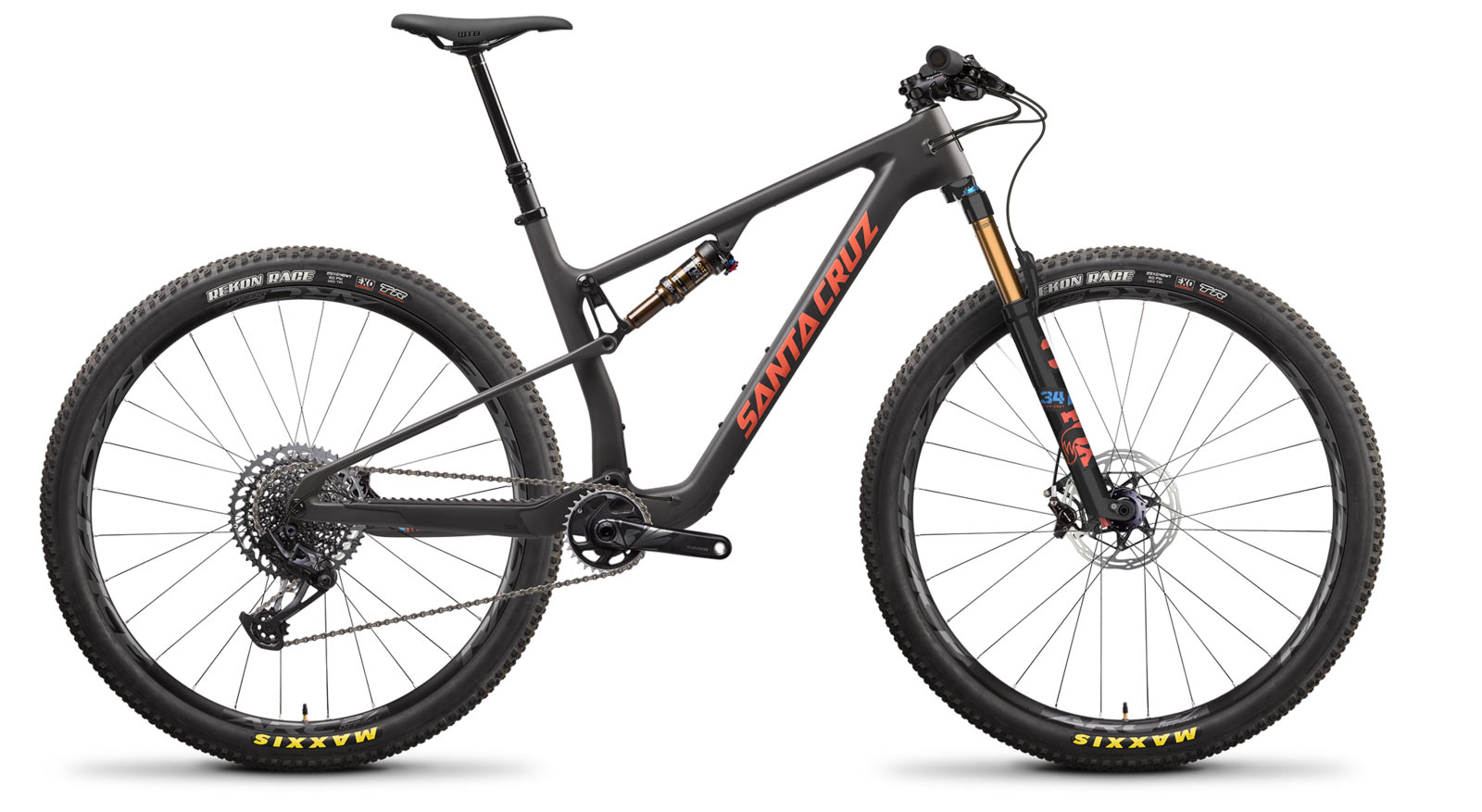 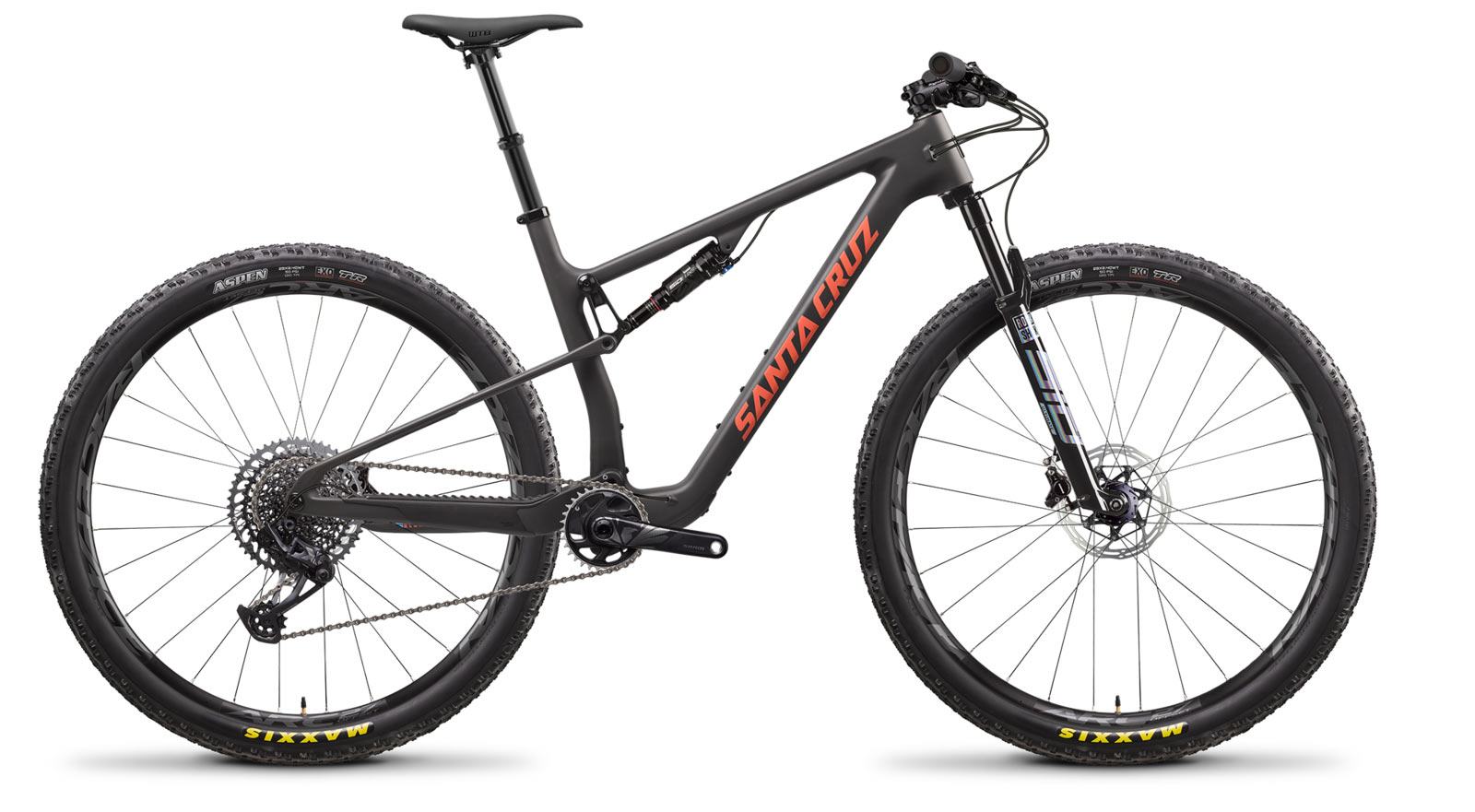 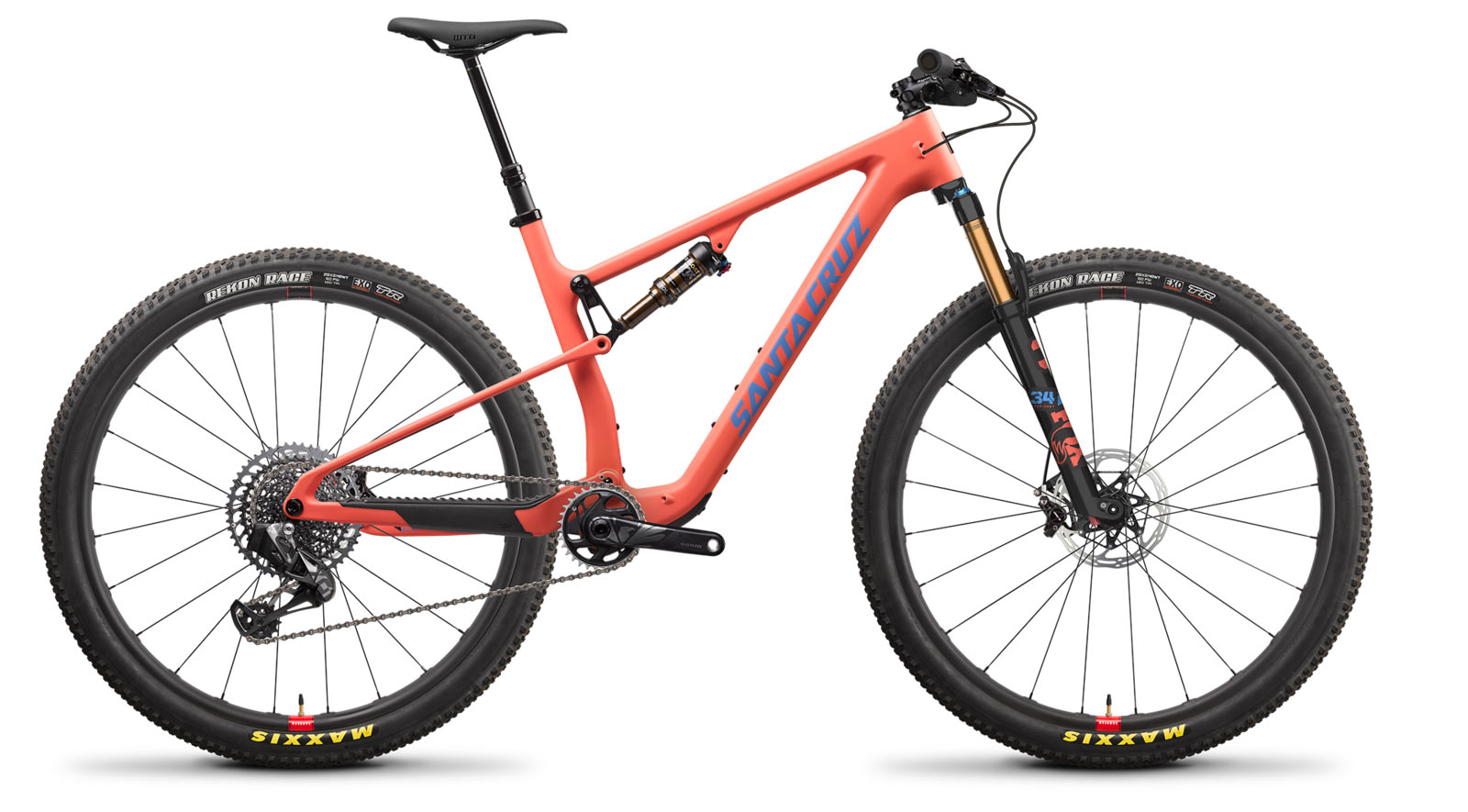 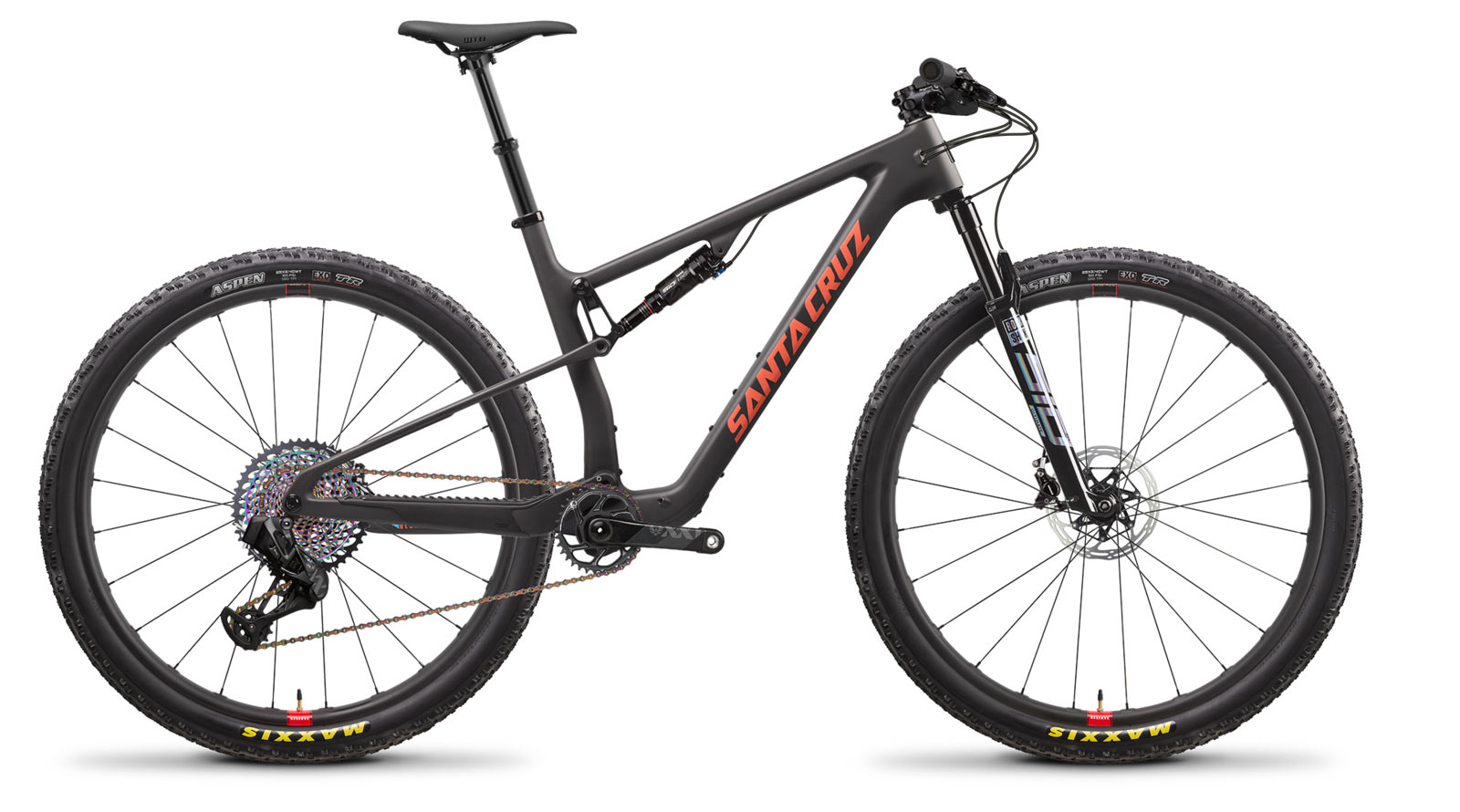 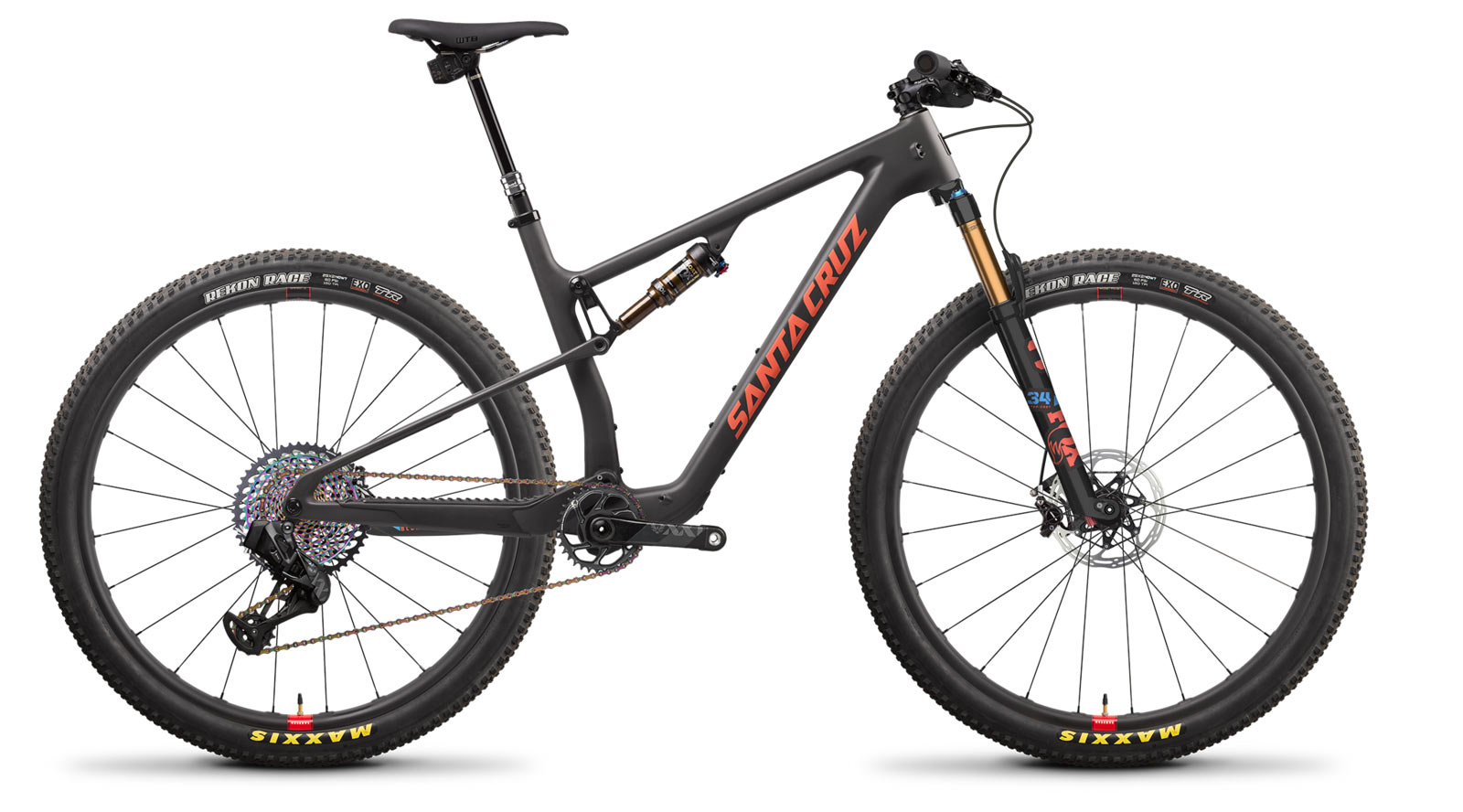 Full spec lists for cockpit parts and more available on their website.

I had the same thought – especially for an XC bike

When compared to the current trend ultra long top tubes it looks short. But when you take into account the seat tube angle (76 on medium), and most racers are going to slide the seat back to something equivalent to a 73 to 74 degree angle. This will increase the effective top tube length by a couple of centimeters.

Pretty sure the lockout lever is under the top tube, not the seat tube…

Wait, What? i thought VPP was the best thing ever…

It is almost like there is nothing that is good for a 160 enudro bike, and just as good on a 100mm XC world cup racer

Bike manufacturers they all just copy each other. TR version is like Specilized and Cannondale’s without handlebar lockouts. At least highest option and framesets should have it as 120 mm light bikes scream racing

If the stays flex, and they’re guided by a link, then the flex is a link. This is not a single pivot bike. It has three sets of bearings and a link in the rear suspension, for chrissakes.