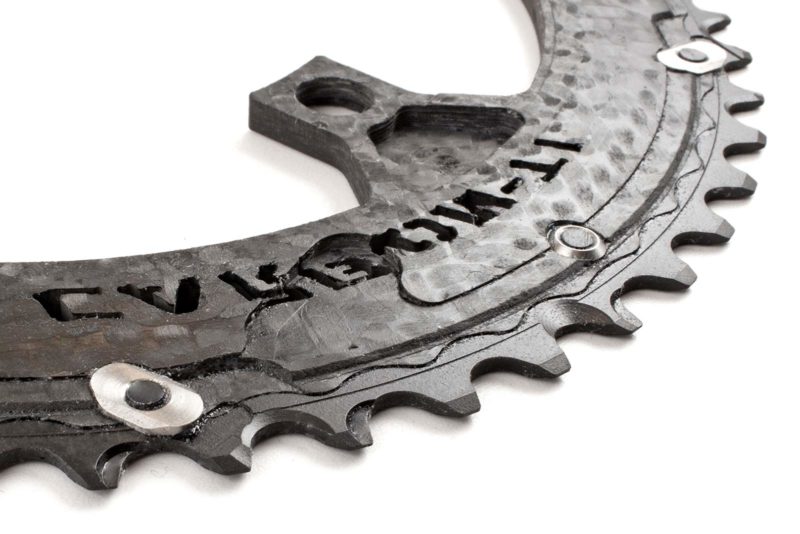 On top of that, there are simply more and bigger chainring combos than stock rings for those who just want to go faster… 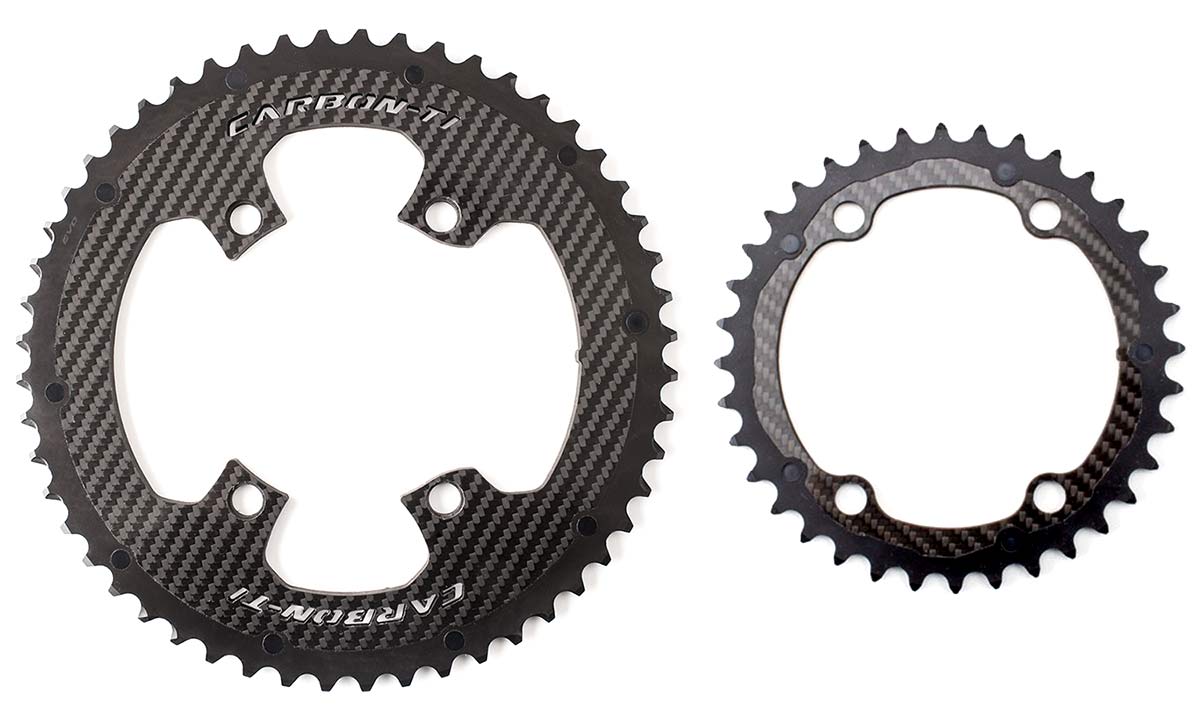 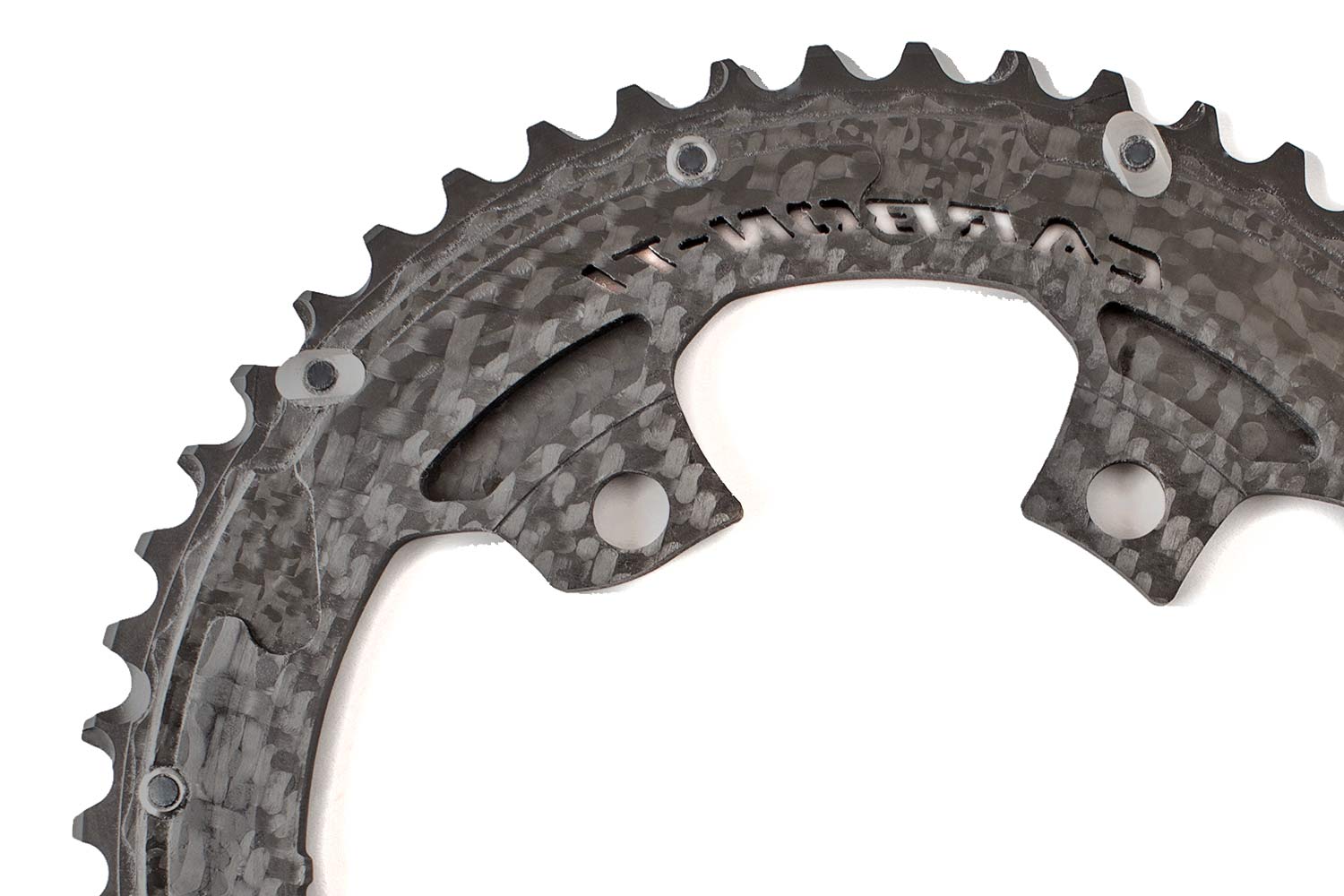 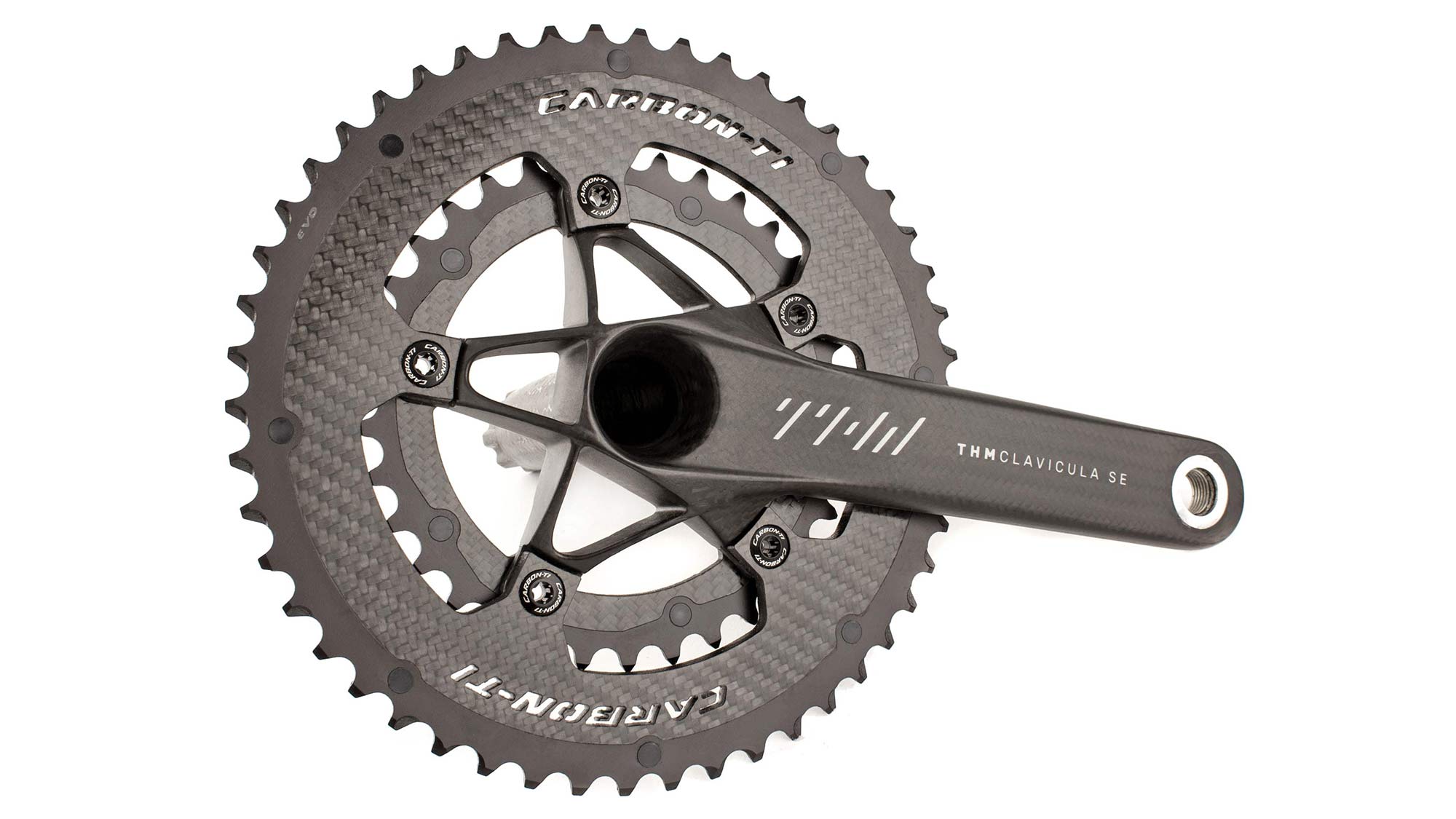 The 5-piece 8.5g 7075 alloy X-Fix Road kit will bolt on either set of chainrings, available in seven anodized colors for 25€. 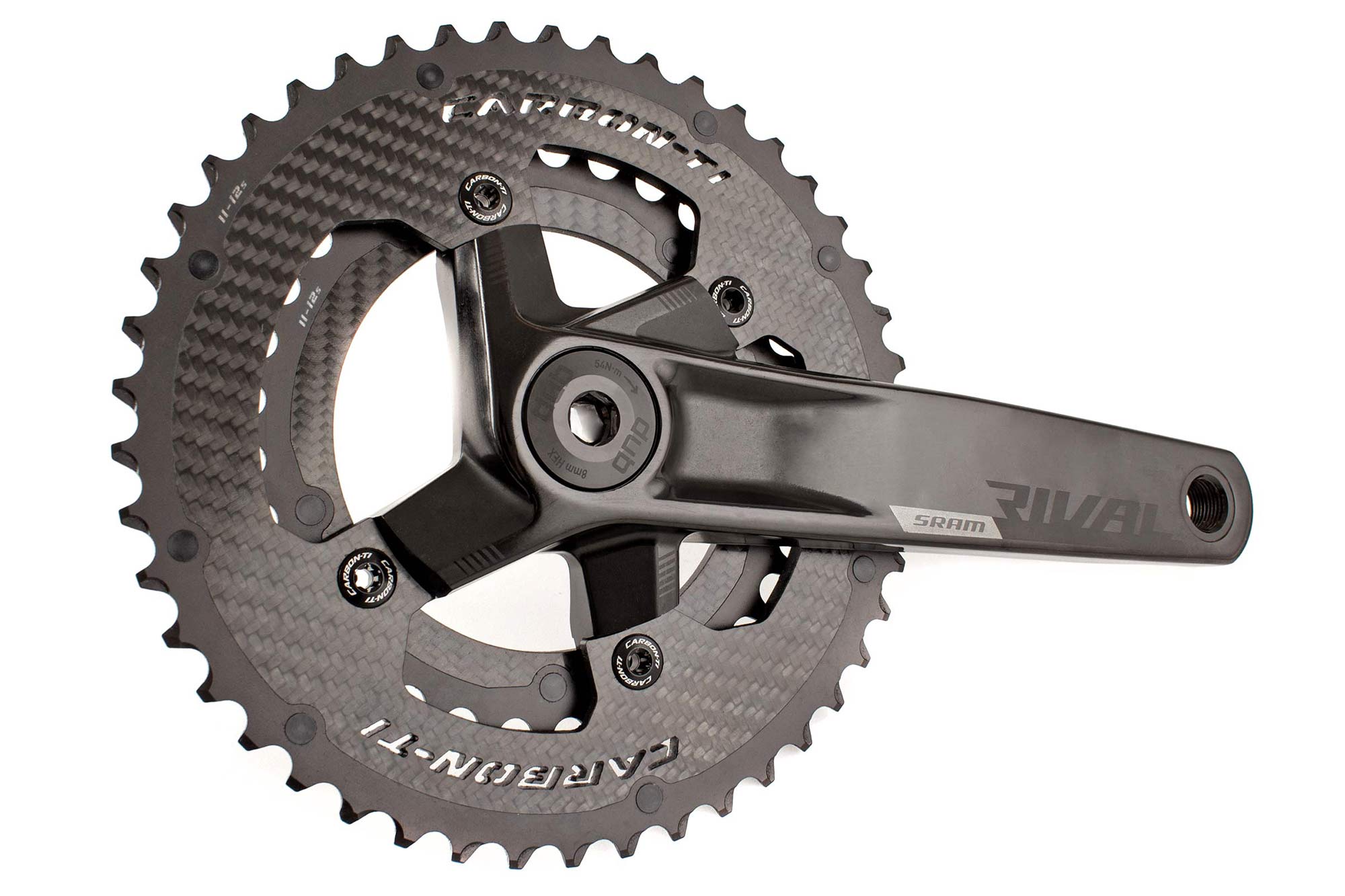 The new Carbon-Ti X-Carboring X-AXS chainrings in 107BCD are made to upgrade your stock rings on the latest SRAM Force & Rival AXS 12-speed cranksets, all with flattop compatible tooth profiles. These X-AXS chainrings get the same thicker, stiffer EVO tech big rings scaled down to the smaller 107mm 4-arm bolt circle diameter of the latest Force & Rival cranks, and with the requisite smaller chainring combos suited to SRAM’s smaller XD-R cassettes. 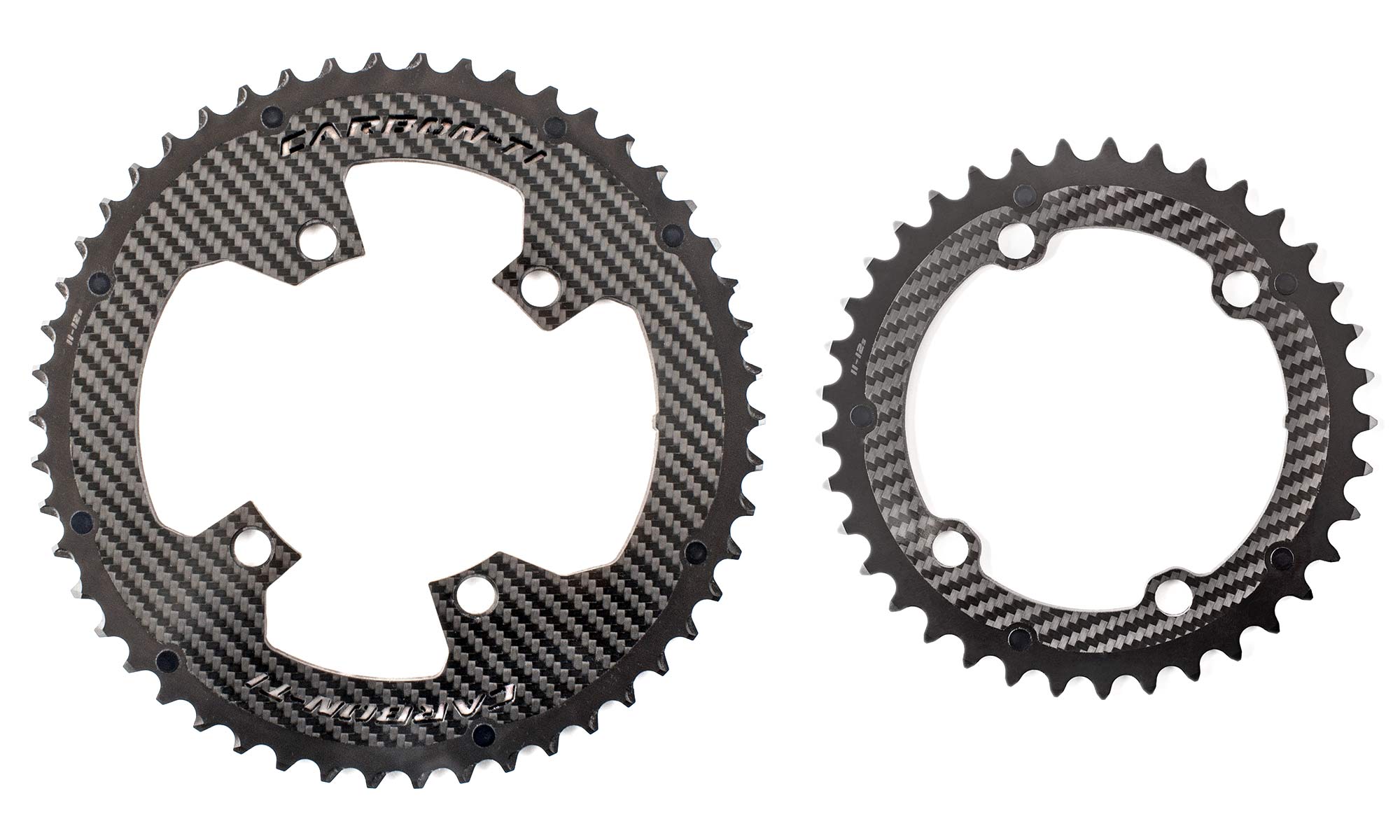 Carbon-Ti thinks they make a great replacement for these otherwise affordable groupsets, for a claimed 50g savings over stock Force rings, while giving a fully bling performance upgrade. 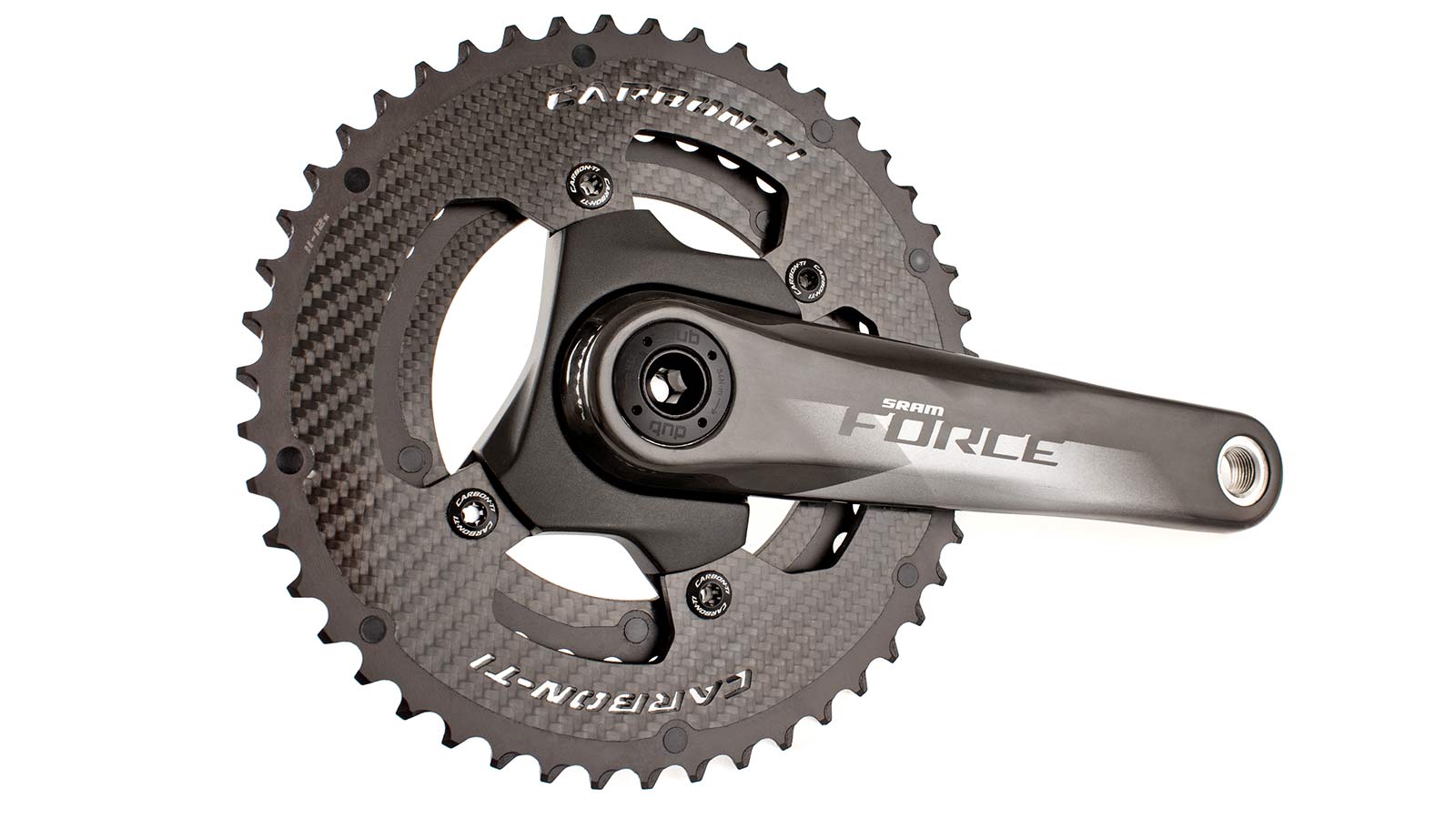 To bolt up the X-AXS rings, Carbon-Ti has a special 9g X-Fix BCD 107 2x bolt kit with longer 7075 alloy bolts to fit these new SRAM cranks, available in sets of 5 for 25€ in seven anodized colors. 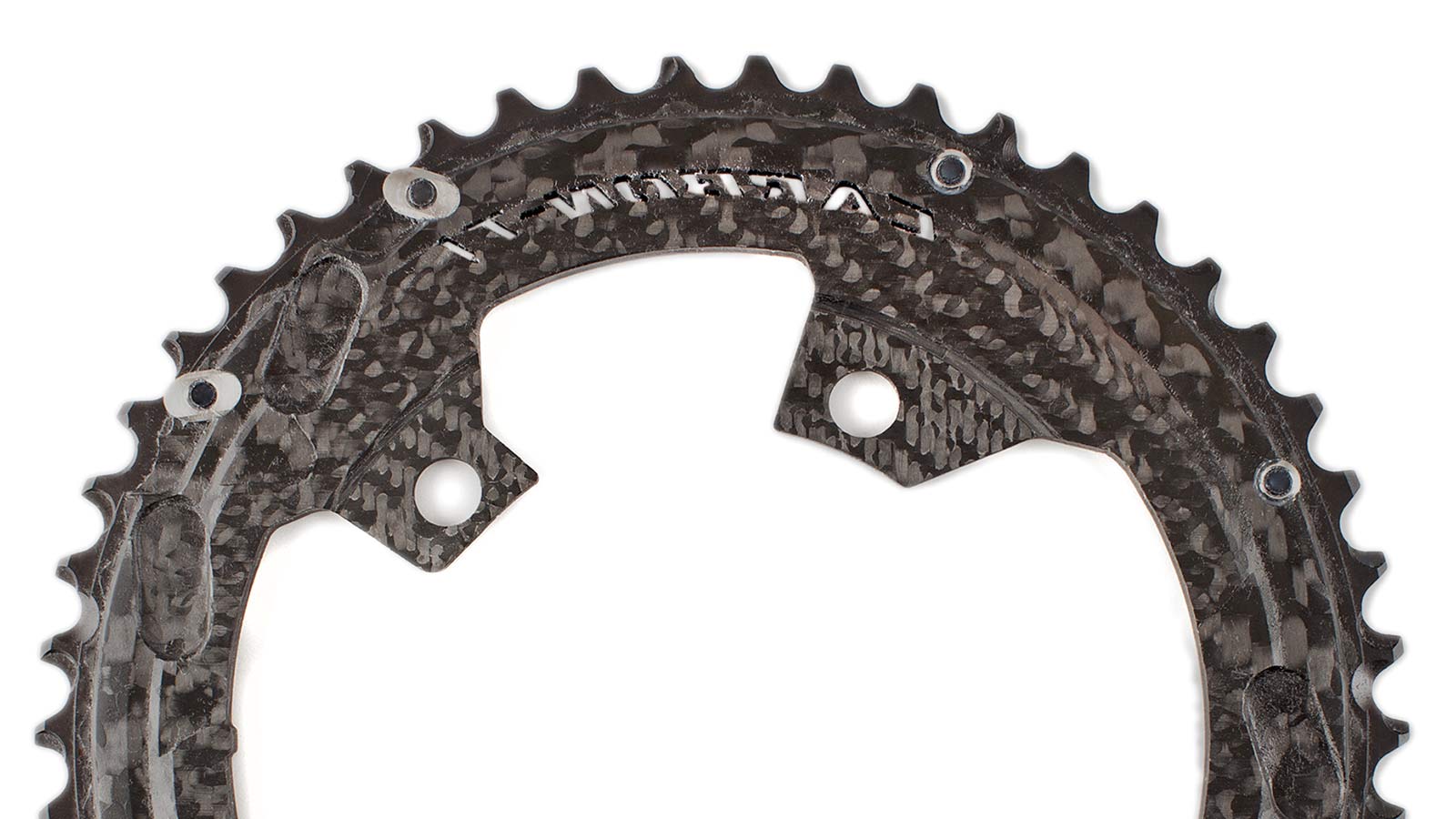 Like everything else they sell, all of the X-Carboring chainrings and bolts are entirely made-in-Italy by Carbon-Ti.

This soooooo reminds me of the good ol’ days of “Drillium” (just drill out where there seems to be any extra materials)….buddy of mine did that to his crank arms…some weeks later, his crank drilled out his calf muscle. 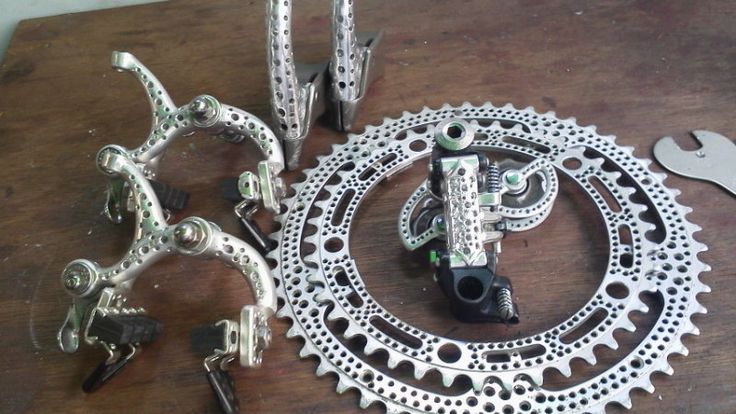 Any word on how quickly these wear vs standard aluminum rings?

Interesting that Carbon-Ti is the only company making a Flat Top compatible shift ring so far. Hopefully more companies will follow suit so we can have some more affordable options.

Honestly this product has not really a point of existence anymore except show value. It is not lighter anymore then a set rotor alu rings or praxis rings though at more then triple the price. Shift performance is not better then the default and certainly not in case of shimano rings