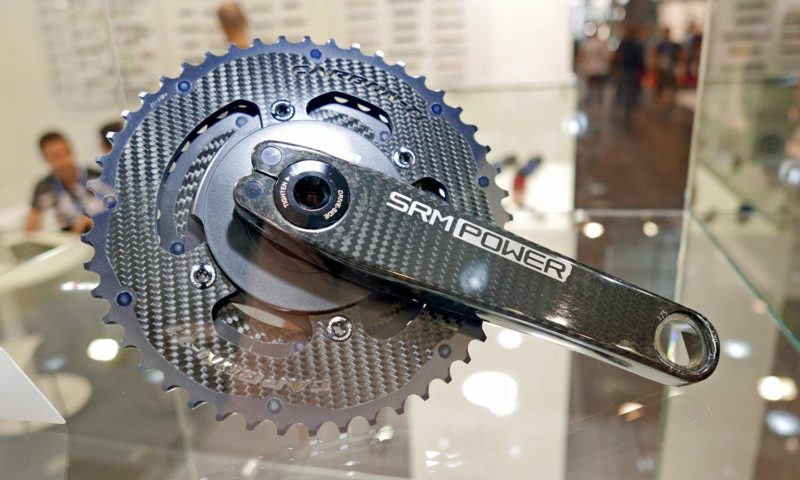 Do you have a super high-end THM crankset or even a SRM x Look Origin carbon powermeter, but want to upgrade to SRAM Red eTap AXS? Carbon-Ti have the new X-Carboring X-AXS chainring solution, because obviously you aren’t going to ditch that fancy crank to go 2×12. Oh, and they have a new prototype ti XD driver, and the only disc brake rotors the discerning weight weenie should ever need… 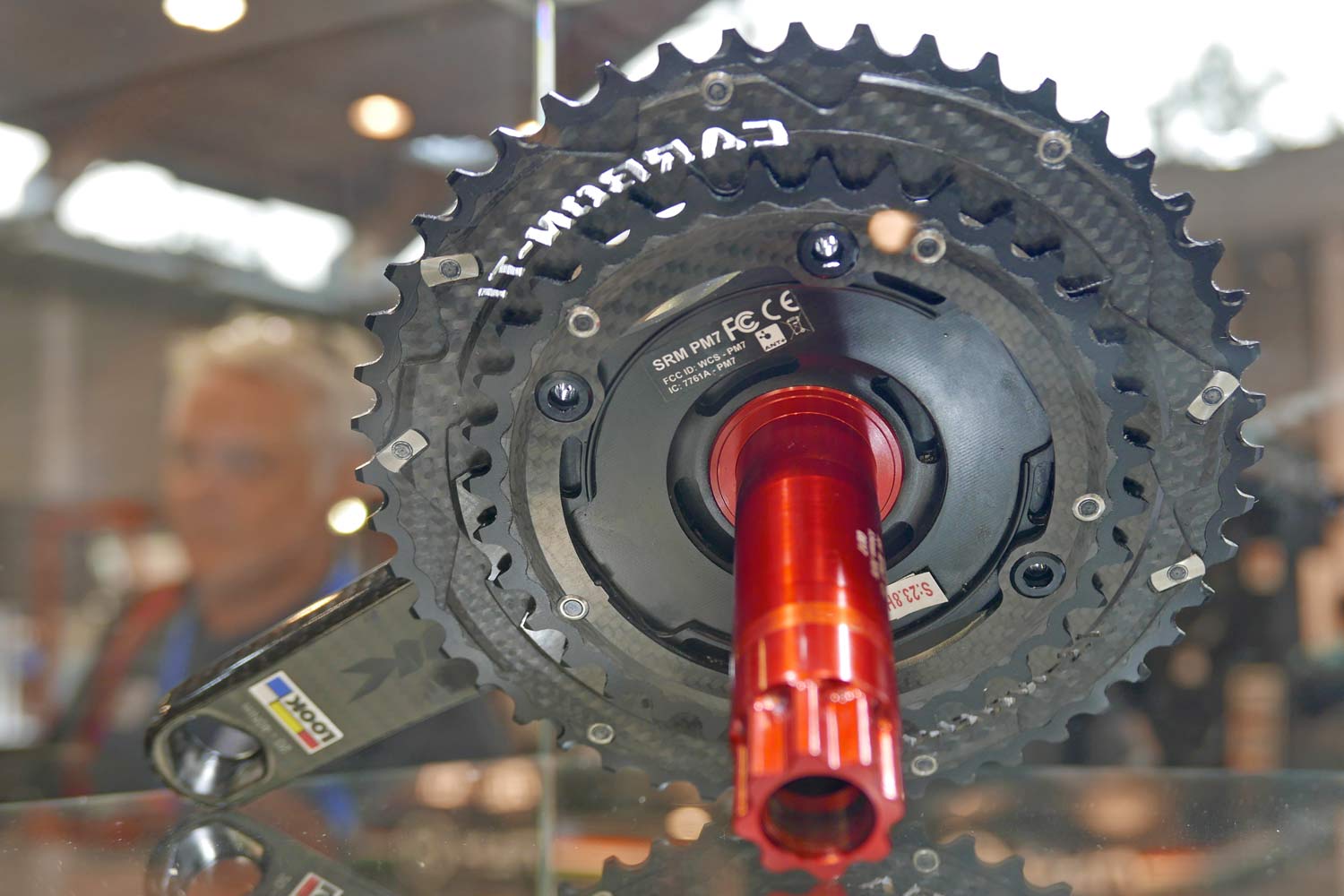 Surely, you aren’t going to get rid of your fancy carbon cranks or even fancier carbon powermeter just to get the latest in 2x 12-speed wireless shifting. So, the equally premium Italian component makers at Carbon-Ti have the perfect solution. Their new X-Carboring X-AXS chainrings deliver long-wearing 7075-T6 alloy teeth on a structural 3K glossy carbon carrier to bolt up to your existing premium cranks and work with the latest SRAM drivetrain. Each matched pair also gets specifically tuned titanium pins for smooth, synchronized up & down shifts. 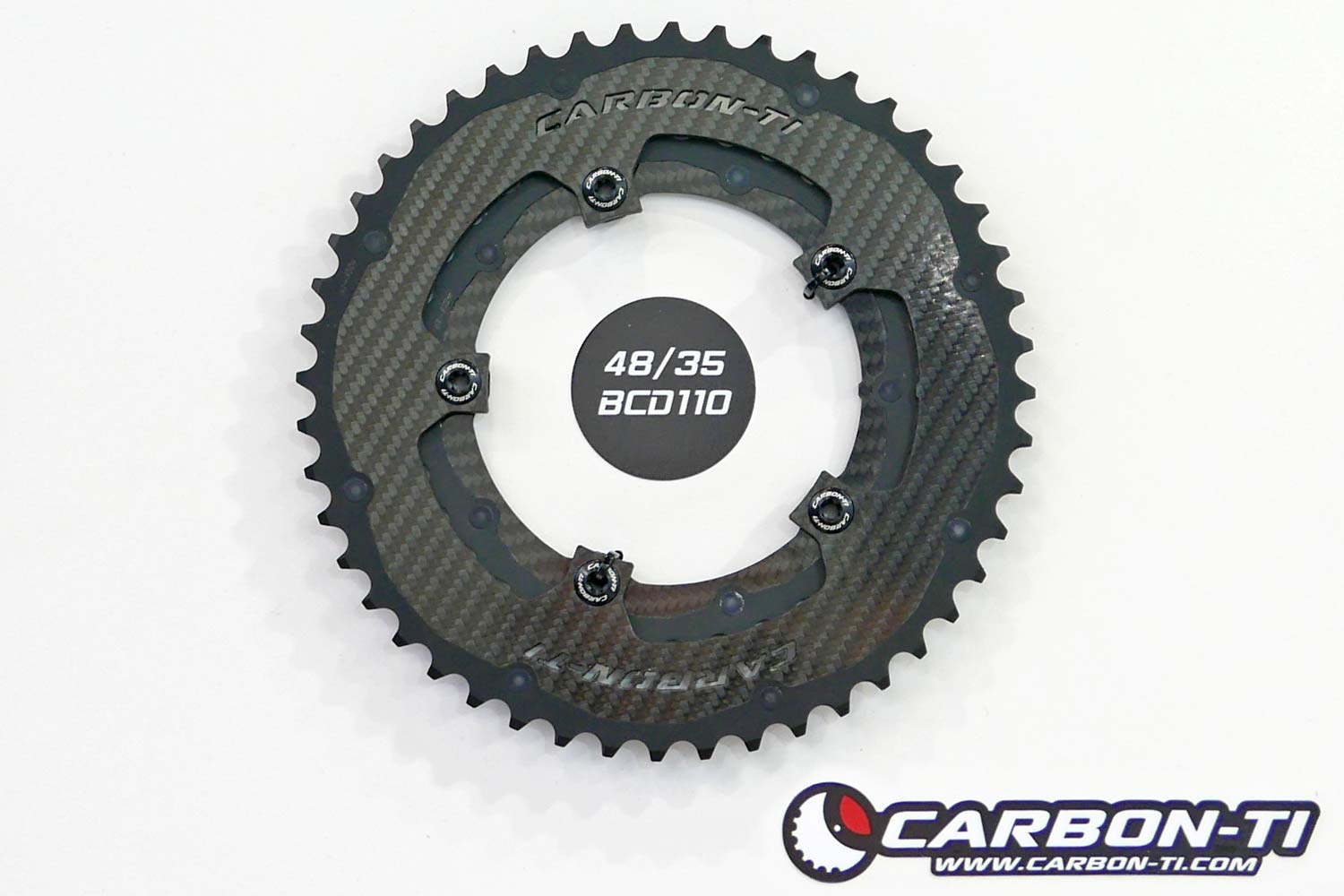 The new rings are available in three different gearing ratio pairs (the same as SRAM Red 2×12) of 50/37, 48/35 & 46/33 to work with SRAM 12-speed 10-26T, 10-28T & 10-33T cassettes. Carbon-Ti offer the rings in two bolt patterns – traditional 5-bolt road compact 110BCD for premium cranks like the THM Clavicula SE and 4-bolt asymmetric 110BCD for premium powermeters like the SRM Origin. (Interestingly that 4-bolt is the Shimano standard, but we doubt many riders will mix Dura-Ace cranks with a Red AXS cassette.) 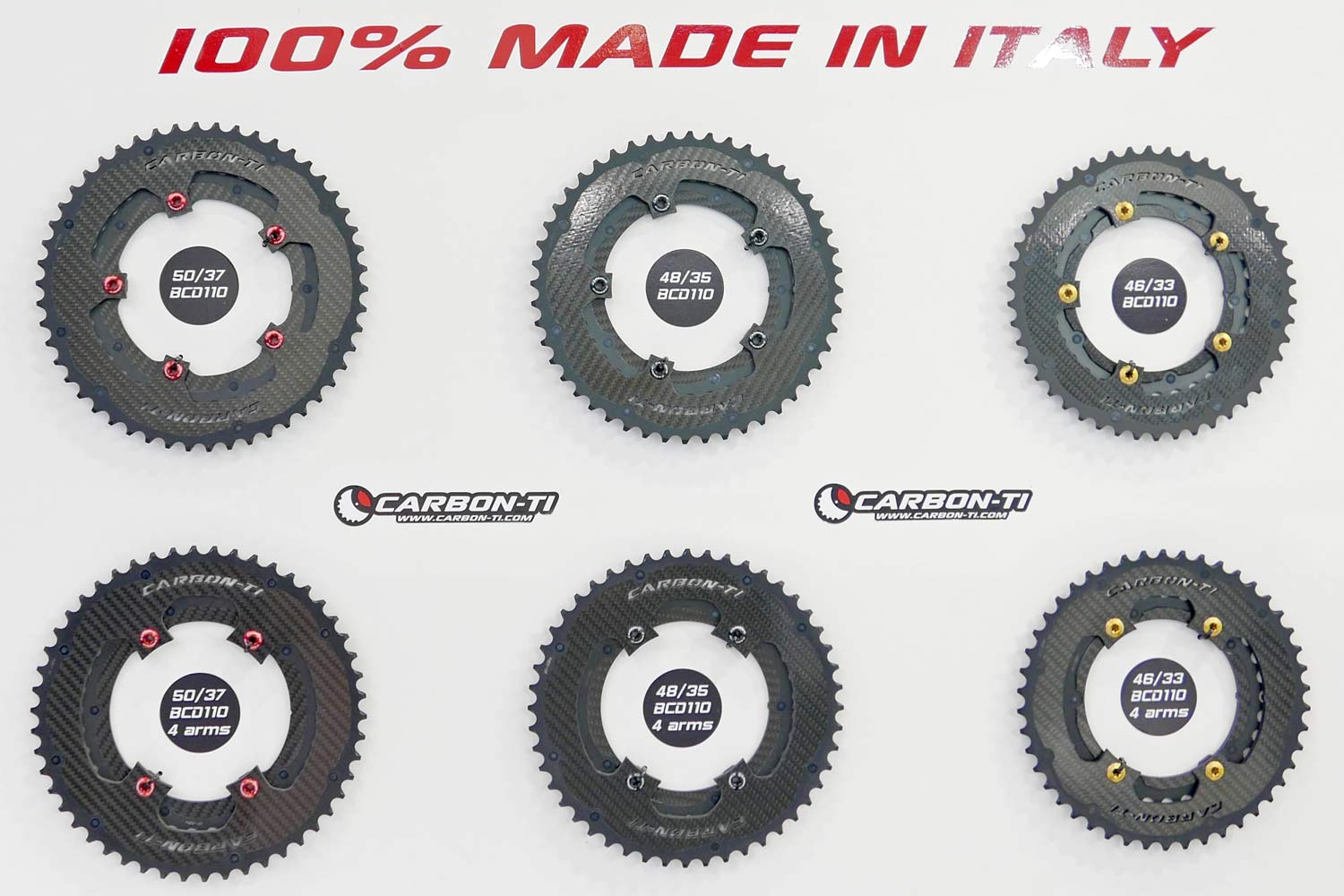 Pricing isn’t yet official, but expect a pair of the entire made-in-Italy SRAM AXS-specific rings to retail for around 400€ and have a combined weight for the pair of <115g. 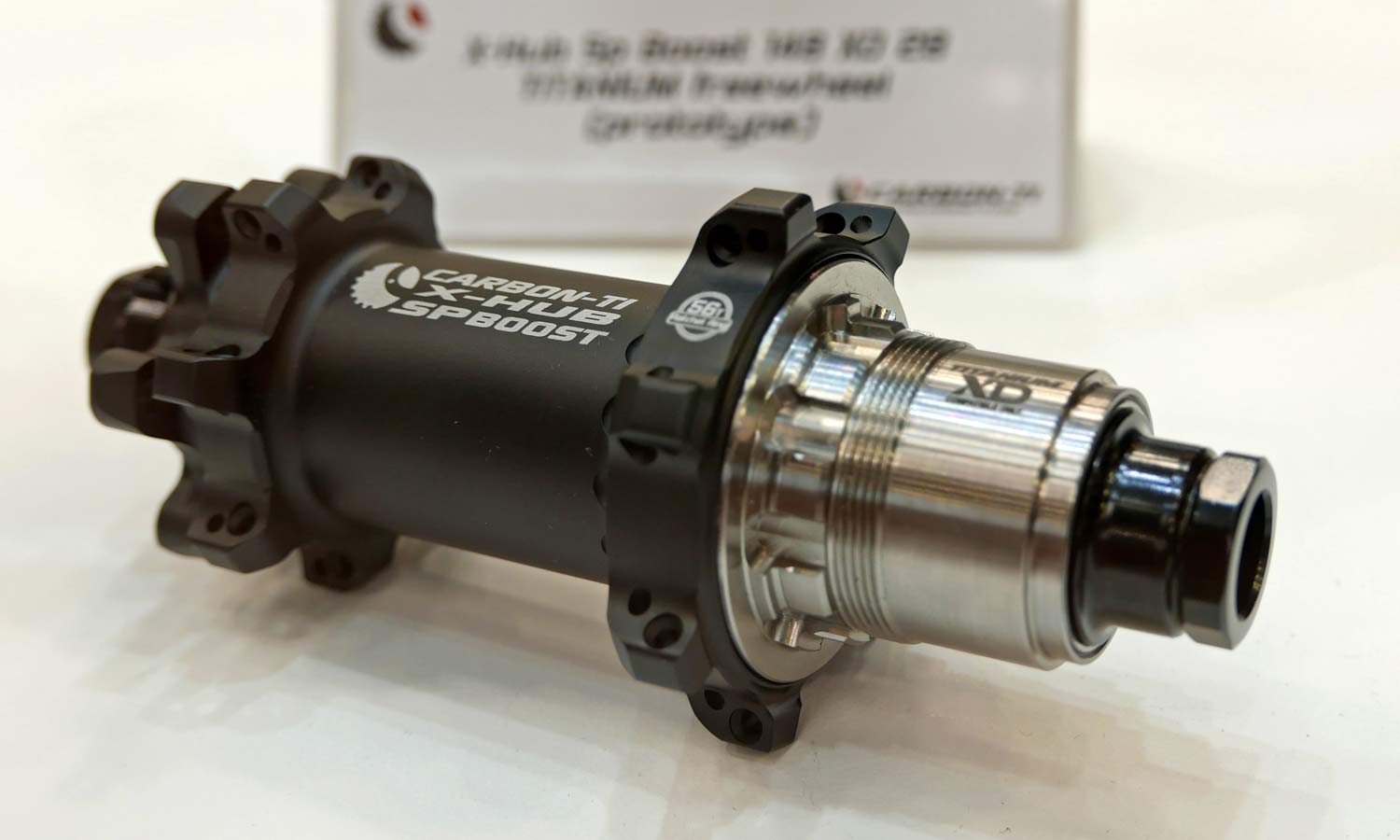 While you are upgrading your SRAM drivetrains, Carbon-Ti also has a new prototype XD driver body carved out of a block of titanium. The machined ti freehub promises to be stronger & more durable than the standard 7075-T6 aluminum, at only a 10g weight penalty. First being tested with a 56 tooth engagement in Carbon-Ti’s Boost-spaced MTB hubs, if the demand is there they could offer it as a premium upgrade for on & off-road hubs. Expect a pretty premium due to the difficulty of machining ti over softer alloy or even steel. 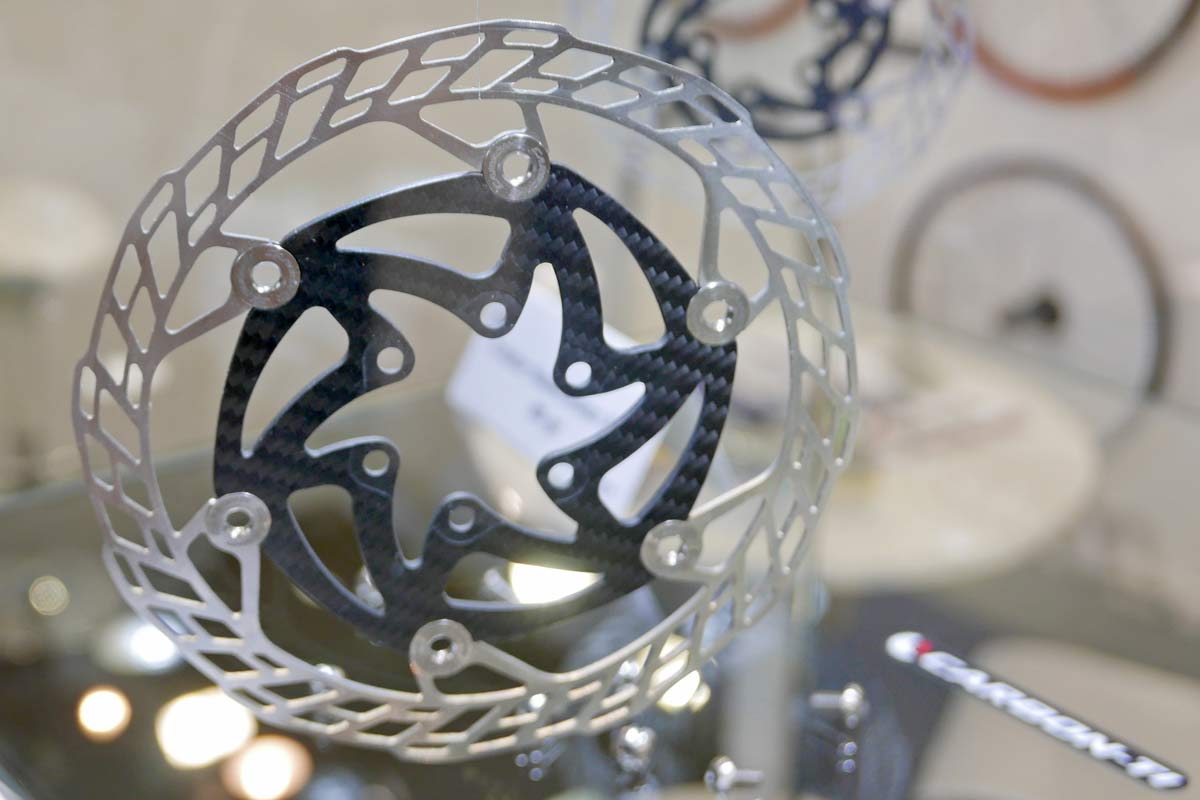 They aren’t new, but it’s hard not to ogle or even drool over Carbon-Ti’s superlight floating disc brake rotors. They still come only in 6-bolt (Carbon-Ti, please bring us a centerlock version too!) but they feature a stainless braking surface for perfect stopping, pinned to the carbon fiber carrier with six titanium rivets, and come in three sizes. 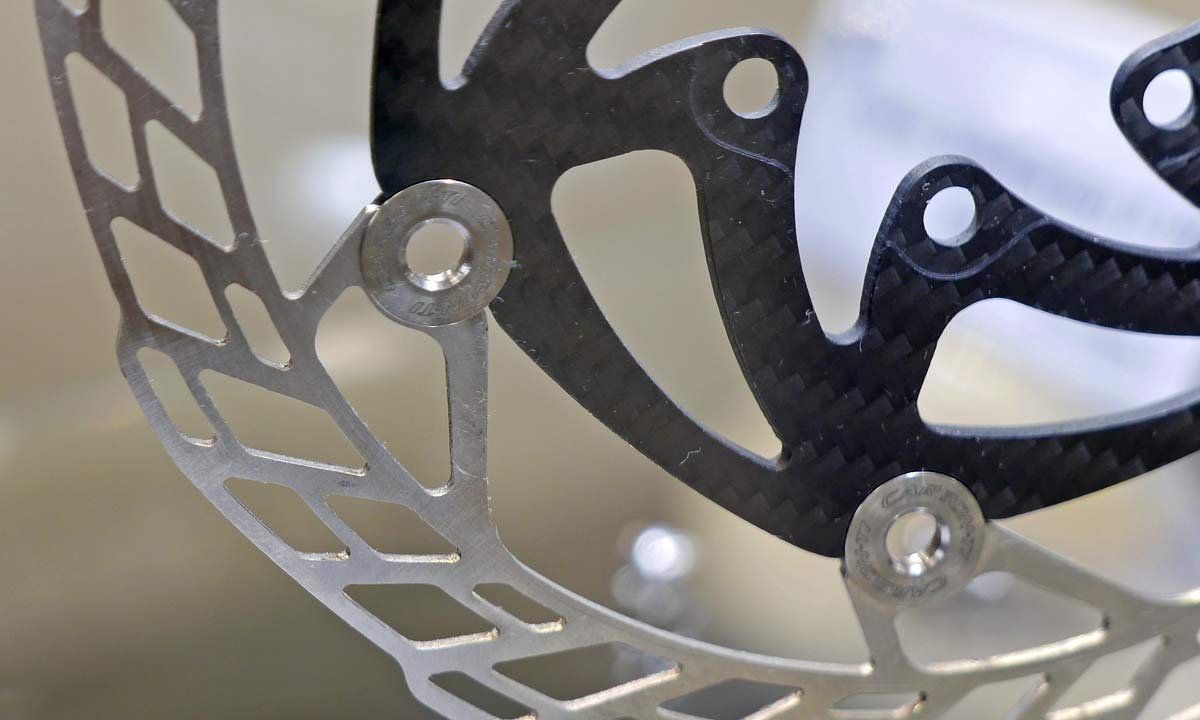 Looking at those rotors gives me the same feeling as when I look over a cliff.

You feel euphoria and ecstasy when looking over a cliff?

What? You’re going to die?

The X-Rotor SteelCarbon 2 disc rotors are not new, they are used for years even in the MTB world cup XCO and marathon competitions. Ever heard of Christoph Sauser?
http://christophsauser.com/featured-product/carbon-ti-x-rotor/