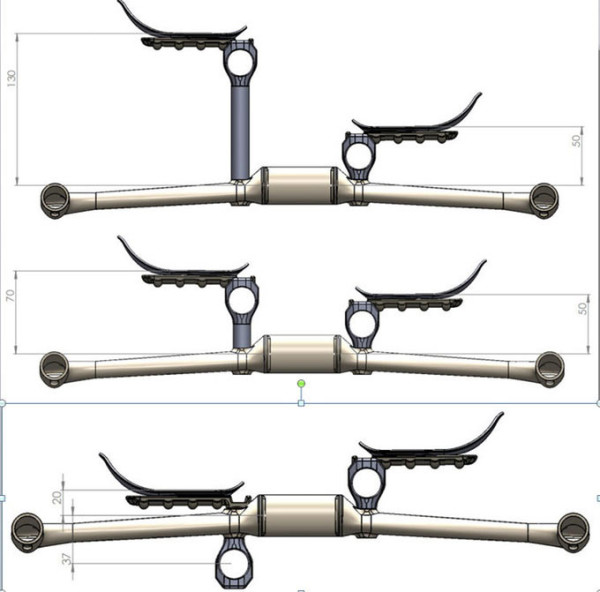 Expat Josh Colp has been designing cockpit parts and complete framesets in Taiwan for quite some time – sometimes for others, and more recently for his own brand, Culprit Bicycles.

Now, he’s switching the focus exclusively to components. Josh has been developing integrated triathlon bar and stem systems recently for the abandoned Legend tri bike project, so our guess is that’s what we’ll see first. But we’ve also ridden his standard stems and handlebars on several of his bikes we’ve reviewed and found them both stiff and comfortable. Should be interesting to see where he takes it.

In the meantime, all remaining bike and frame inventory has gotta go, including the well-spec’d kids road bikes… 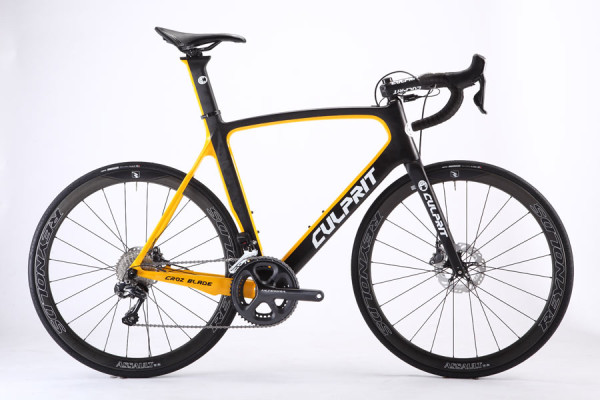 All framesets are on sale as follows, check this link for available colors. Price includes international shipping, but import/VAT are payable buy the recipient:

RoaDi has 4 color options, all prepainted and ship immediately. Carbon bikes are custom painted upon order and take 2-3 weeks to ship after ordering. There are a very limited number of Di2 disc brake groups available to be built on the bike for $3595. Details here. 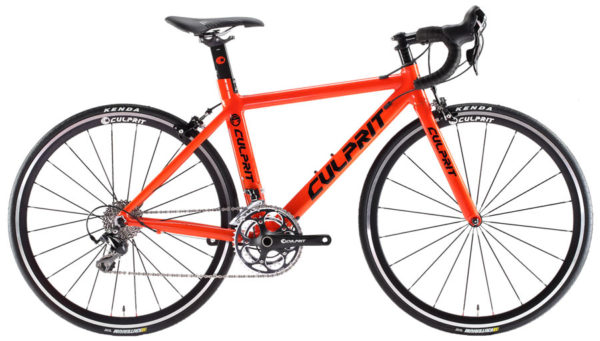 We reviewed the Culprit Junior Two road bike a while back and liked it. The alloy frame is aero shaped and comes with a solid component mix. 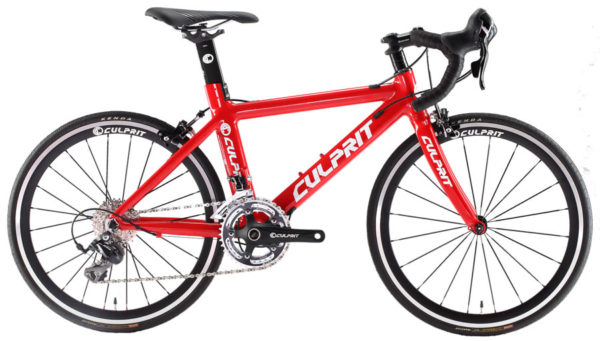 The Junior One is a smaller version, with smaller wheels, but still with the aero tubset and seatpost. Below that (not shown) are the S1 and S2, which are sized the same but use round tubes and seatpost. Pricing on these includes a kid’s jersey and global shipping, and if you buy during July, they’ll throw in a second jersey for free.

Seems like it’s just a bunch of branded catalog frames?

I think they are mostly Culprit’s designs. Just not a huge budget for Rd and testing. They did a Kickstarter for tri frame that kinda rubbed some people the wrong way. The whole situation is kind of odd to me.

Actually, many established brands use crowd funding. Pebble watch launched new model there recently. Knogg launched s bike bell, etc. It’s not only for design testing but also a huge database for use for marketing and brand exposure. New stuff will be offered there first to offer new adopters big discounts. It also gives is a wider audience than only our website and cycling sites.

Culprit is a young 100% family owned brand. So any platform that can help a brand is a benefit. First models of components we will have first size produced but seek funding/ pre orders for other sizes. new models will be very unique in the market.

That’s too bad – I’ve been on a Culprit Roadi for a year now and it still kicks ass. I was looking forward to seeing them develop more over time…

If they are still available go bag one . We own 5 of them and love them . My son has raced them since he was 7 .. he’s 13 now and on his third one with a health amount of wins and podiums . We found them to be best junior bike out there.