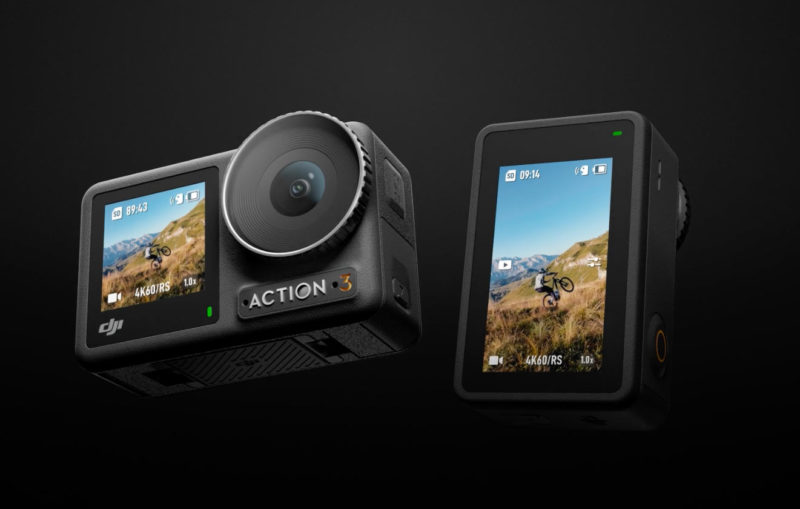 After going “mini” with the compact Action 2, the new DJI Osmo Action 3 camera returns to form with a familiar shape and size that packs some unfamiliar features.

The new camera gets dual touchscreens, an “enduro” battery, and increases its sensor size to go bigger than the new GoPro HERO 11. From there, it borrows the clever magnetic mounting system from the Action 2 for a versatile shooter with all the expected stabilization and 4K quality. 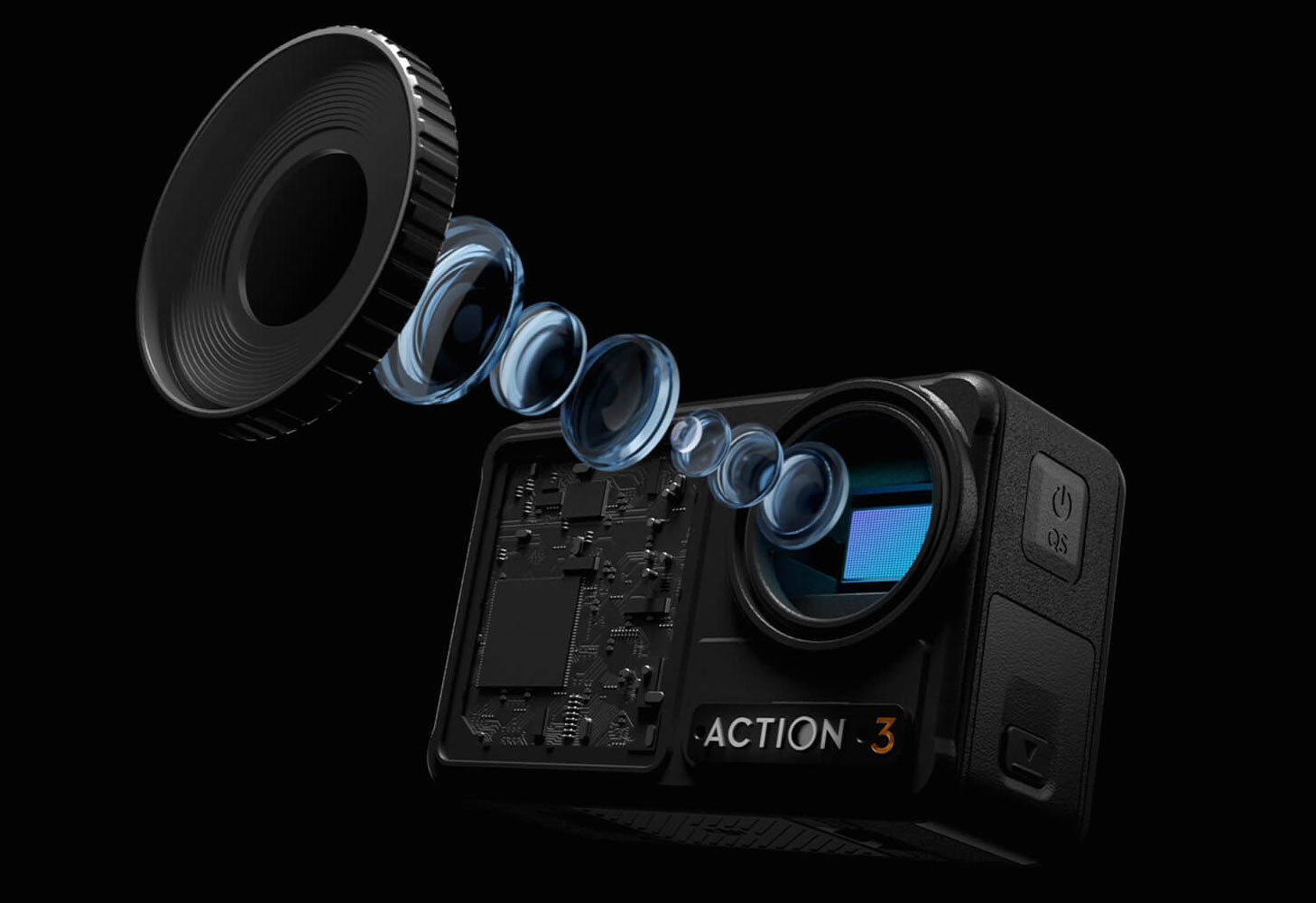 While GoPro’s new 8:7 format essentially lets you crop to get any finished size you want, DJI has another solution for shooting those vertical videos… 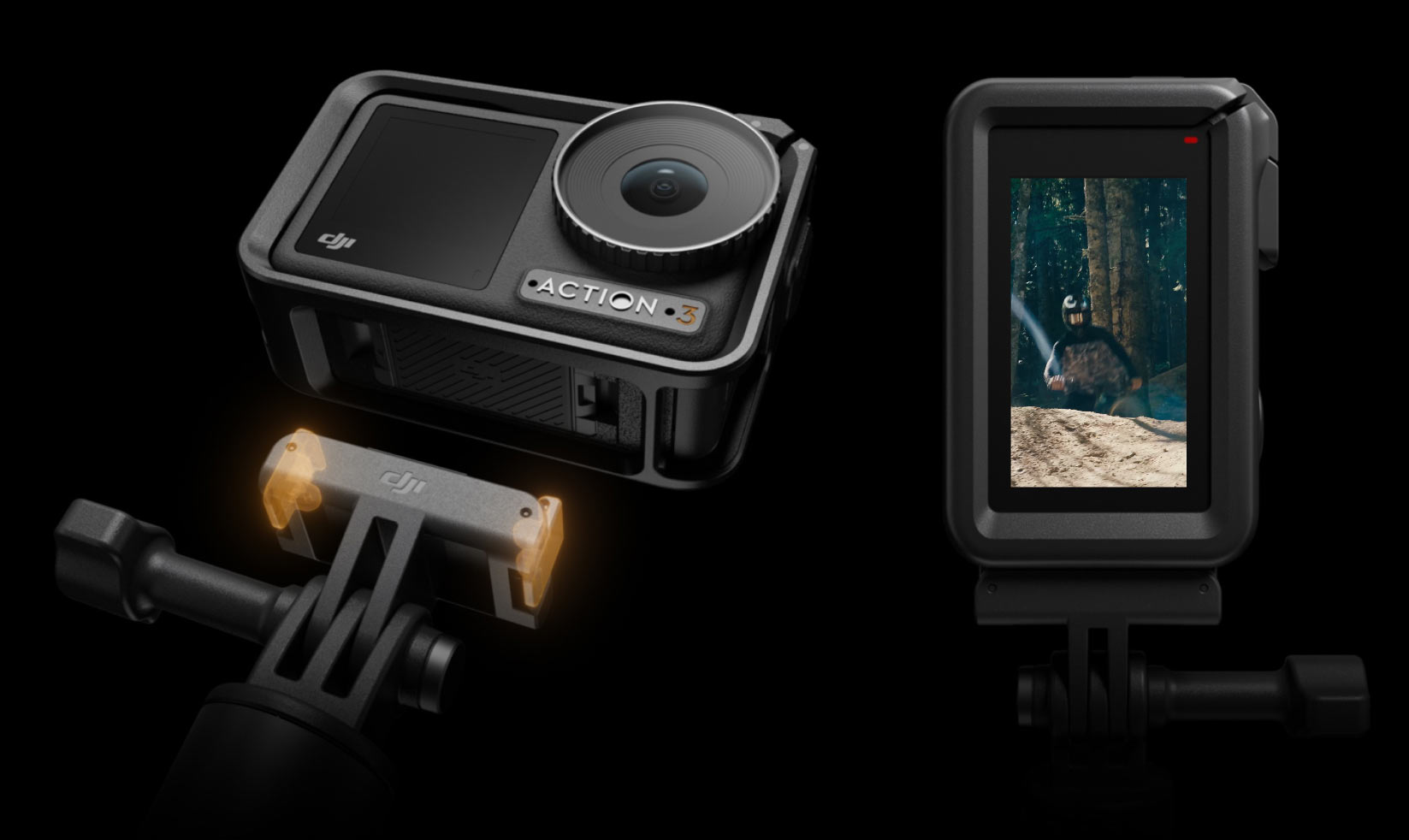 Introduced on the Action 2, DJI’s magnetic quick-connect mounts snap into place and hold tight, requiring you to squeeze two release arms to disconnect it. DJI uses it here on the bottom of the camera to quickly connect and disconnect and, despite appearances, we’ve found it to be very secure.

The Action 3 has an optional protective case that adds another quick-connect point on the side of the camera, letting you hold and shoot natively in a vertical format. This not only lets you see what you’re capturing in real time, it exports the video ready-to-go in the portrait layout so you have less editing work to do later before sharing to Instagram Stories, YouTube Shorts, whatever.

The Action 3 now comes with their own “enduro”, offering 160 minutes of recording from its 1,770mAh capacity. Even better, they say it’s fully functional down to -20ºC (-4ºF), and can recharge to 80% in just 18 minutes, giving you another two hours of filming. 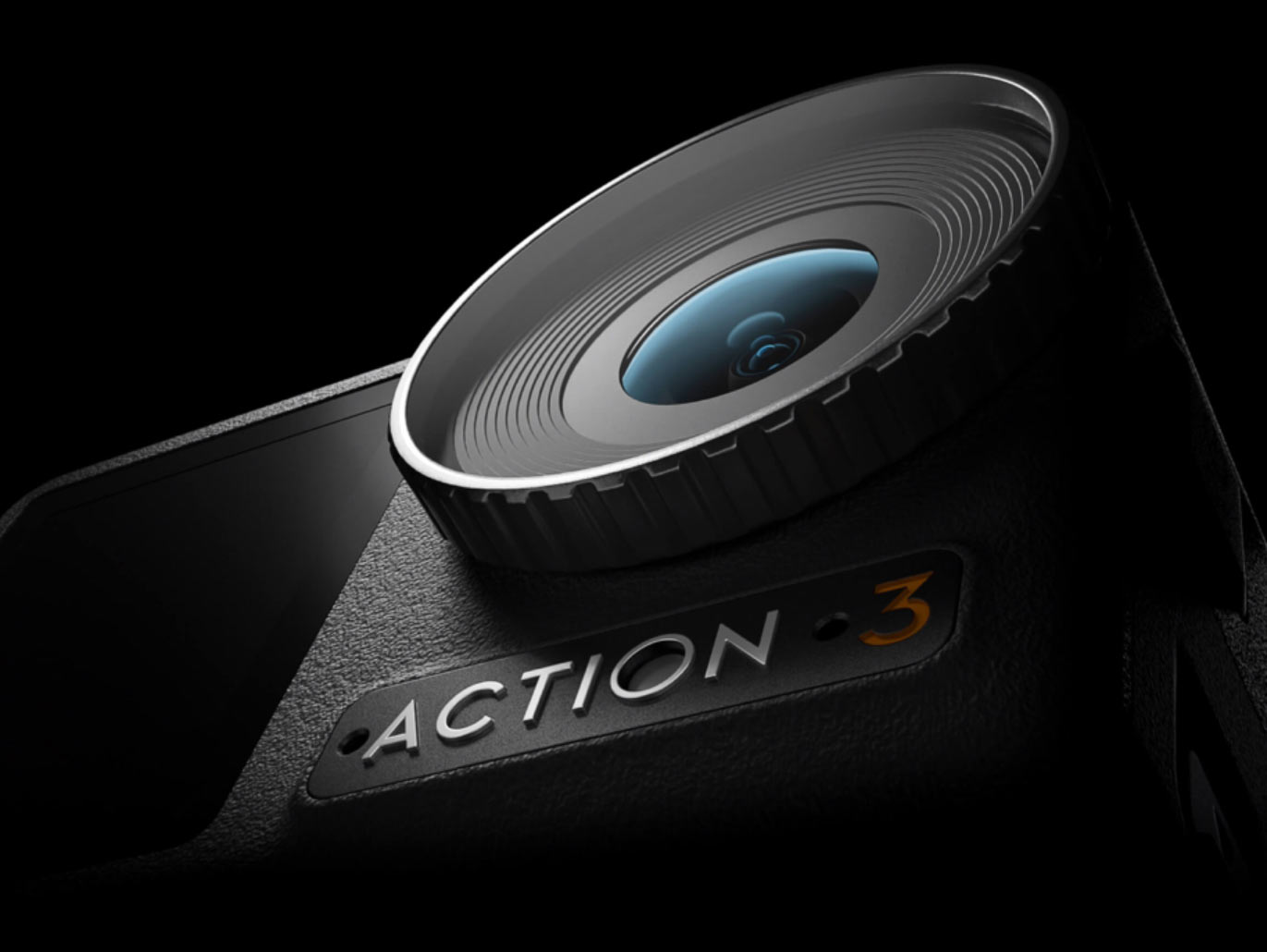 Other key features include:

Their Electronic Image Stabilization (EIS) gets better, with RockSteady 3.0 virtually eliminating shakes and vibrations for ultra-smooth footage. Two varieties of horizon stabilization are available, too:

HorizonSteady keeps it level no matter what you’re doing, even if you spin the camera a full 180º, it’ll keep the subject upright. Horizon Balancing corrects the tilt by up to 45º should you need to mount or hold the camera at an odd angle, giving you level footage anyway.

The Action 3 records stereo audio natively. For Vloggers, attach the DJI Mic for wireless mic audio recording, or use a USB-C to 3.5mm adapter to plug in any wired microphone. You can even use it as a web cam. 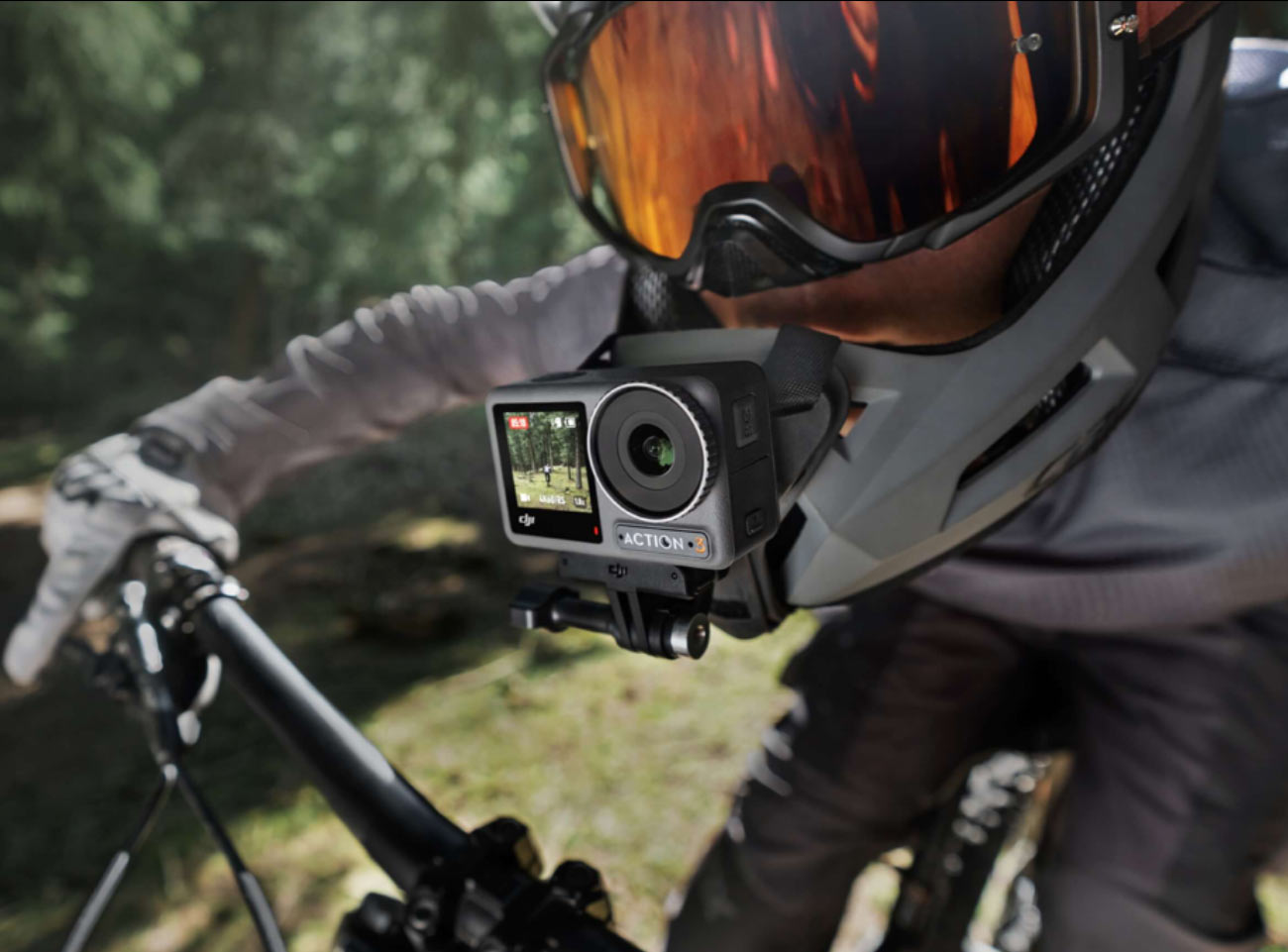 In addition to the usual assortment of mounts and accessories, a new helmet chin bar mount lets you stick it to the front of your full face for true POV shooting. The quick release attachment lets you easy remove it or move it around between different mounts in just seconds.

If you’re shooting with it on a pole, importing the footage into their DJI Mimo app will use AI to remove the pole from the footage. It’ll also create highlight reels for you in their LightCut video editor app.

MSRP is $329 for the camera with Extreme battery and protective frame (that gives you the dual mounting positions) and an assortment of mounts and accessories to “cover most shooting scenarios”. The Adventure Combo ($439) includes two batteries, a battery case that lets you charge multiple batteries at once, a 1.5m extension rod, and more accessories.

Slightly off topic but can someone recommend a good cheap (100 bucks) action cam? I remember GoPro used to do a 2 gen previous model for 100 bucks but have stopped that. This camera looks great as well but kind of rich for my needs (mostly filming myself in bike races and motorcycle track days so I can improve technique after the fact). Would like some 1080p 60fps and stabilized. Lots of generic options on Amazon but I think those have tons of paid reviews and some of the recorded videos look good and others terrible.