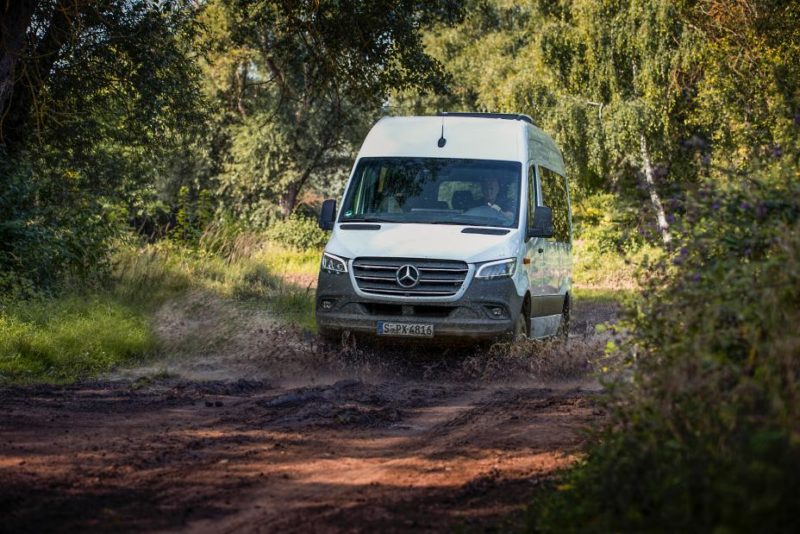 Mercedes-Benz Sprinter Vans have entered a new era of efficiency and environmentally conscience emission standards with a shift to a fully four-cylinder gas and diesel lineup that will hit the road early next year.

Mercedes-Benz announced the new lineup at the 2022 Work Truck Week. In addition to the 4-cylinder OM654 engine, the new vans will come with an all-new all-wheel-drive system and an upgraded transmission. 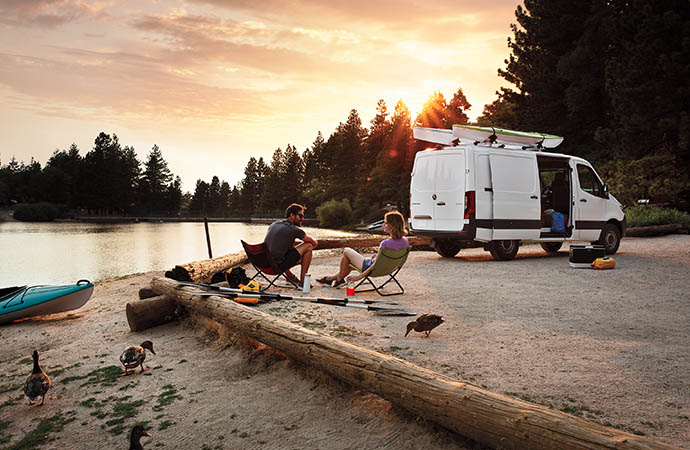 The new lineup of Mercedes-Benz Spinners vans features the same ground clearance, approach and departure angles as its predecessor.

The OM654 will give drivers more torque and smoother acceleration while cutting back on noise and vibration common in larger rigs.

The vans will be available in 164 hp or 155 hp options. The engines feature a combination of aluminum block and steel pistons, NANOSLIDE cylinder coating that reduces friction, a near-engine exhaust and a multi-way exhaust gas circulation system that combine to result in better fuel efficiency and lower emissions compared to predecessors. 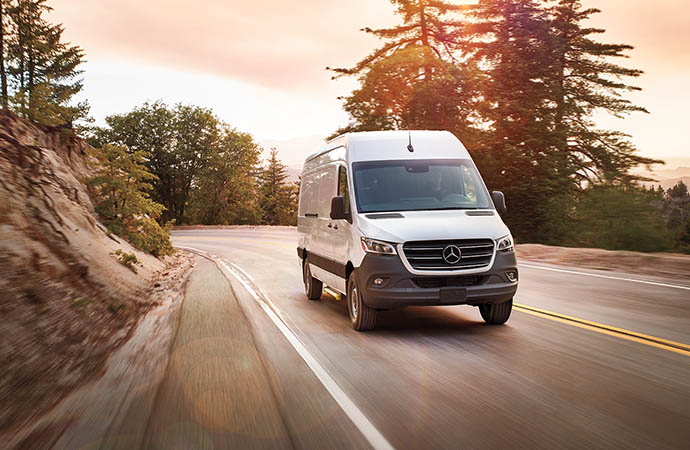 Mercedes-Benz 2023 model sprinter vans will be available in the U.S. early next year. Sprinter-based camper vans soon to follow?

By switching to the new 9G-TRONIC 9-speed transmission, the 2023 model year vans will have more gears and larger gear ratios than the 7G-TRONIC transmission. That translates to quicker acceleration and easier downshifting.

Additionally, an all-wheel-drive systemwide replace the current 4×4 system to give the new line an edge in endurance and power over varied surfaces. Ground clearance, approach and departure angles and breaking angles will stay the same, so drivers can expect the same level of maneuverability they’ve come to expect in Mercedes-Benz Sprinter vans, just in a more efficient package.

Now if they’d just throw this powertrain and AWD into the Metris.

Struggle to understand why they would offer a gasoline powered variant at all. Are there significant markets that don’t have access to decent diesel fuel?

In the USA the diesel makes less sense is it is 20% more expensive per gallon than gas (where I live anyway). If fuel economy is 25% better then the net savings factoring in fuel cost is around 4%. The Diesel engine option for MB is $3300 more than the Gasoline version. If you spent $4000 per year on fuel your savings is $160. It would take 20 years to break even.

They’ve always had an gasoline alternative, but many as well as myself chose the diesel. I drove my ’08’ 864,000 miles then sold it to my son n law he put another 350,000 on it before it was totaled in an accident.

Did you mean environmentally conscious, Mark?