Zwift has a lot of updates and new challenge and maps launching now and over the next few months, offering more racing, better training, and an all-new Neokyo urban expansion on the Makuri Island map. 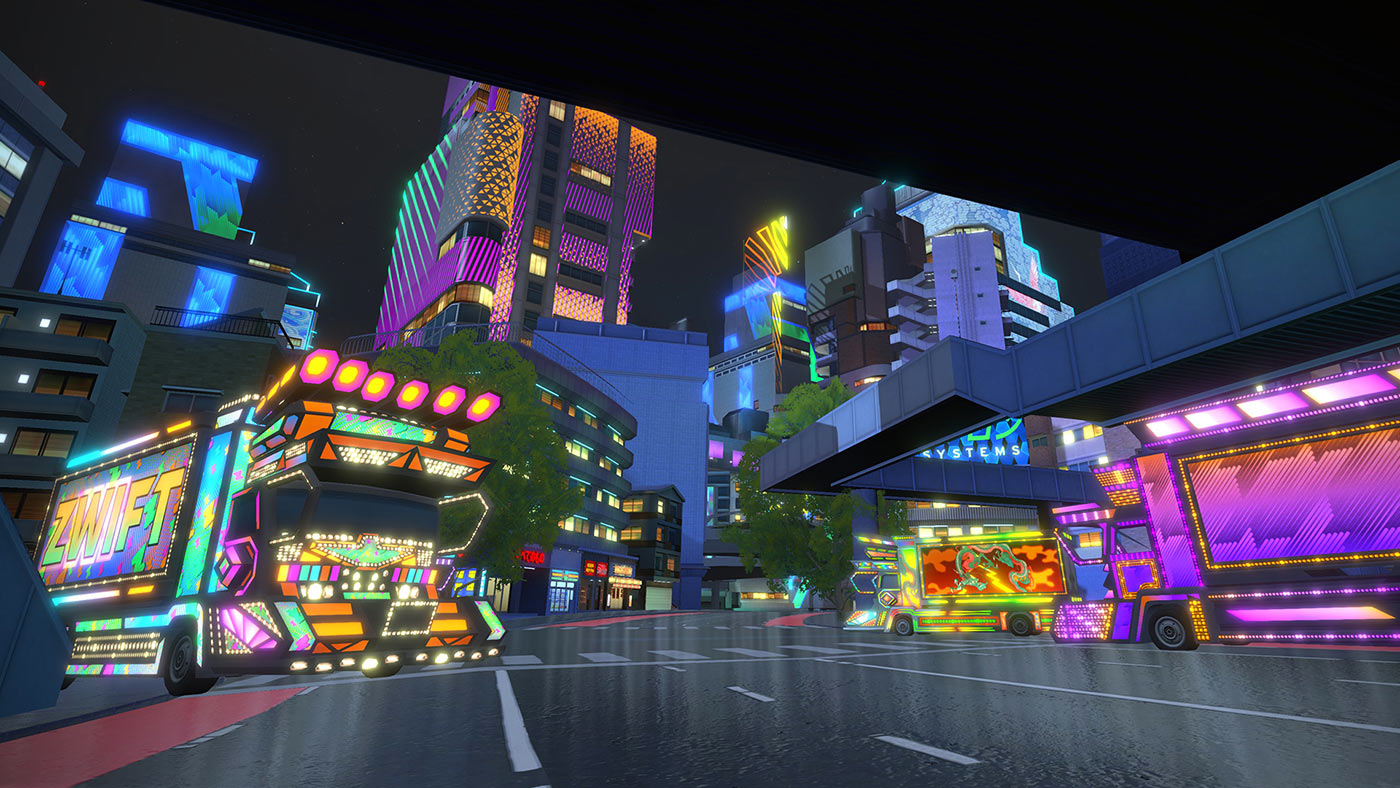 Neokyo is the newest expansion to Makuri Islands, almost doubling the amount of roads originally created for Yumezi. It’s flat and fast, running through a neon-filled city that mimics the sights and lights of a city like Tokyo. There are big roads running through town, and even a side alley for sprints. 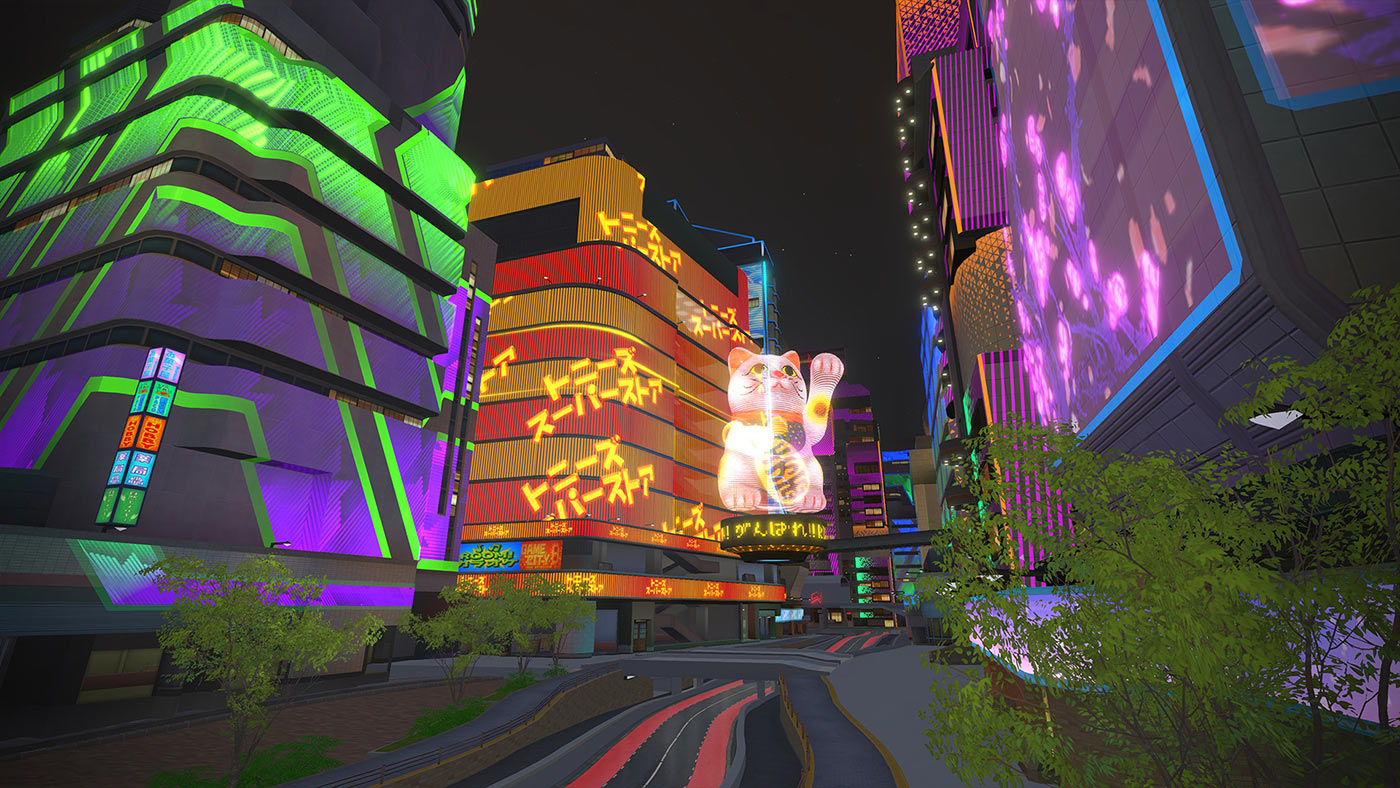 Look for plenty of challenges and badge-hunting expeditions at launch. Hint: Find the monorail? Take it and see where it goes. 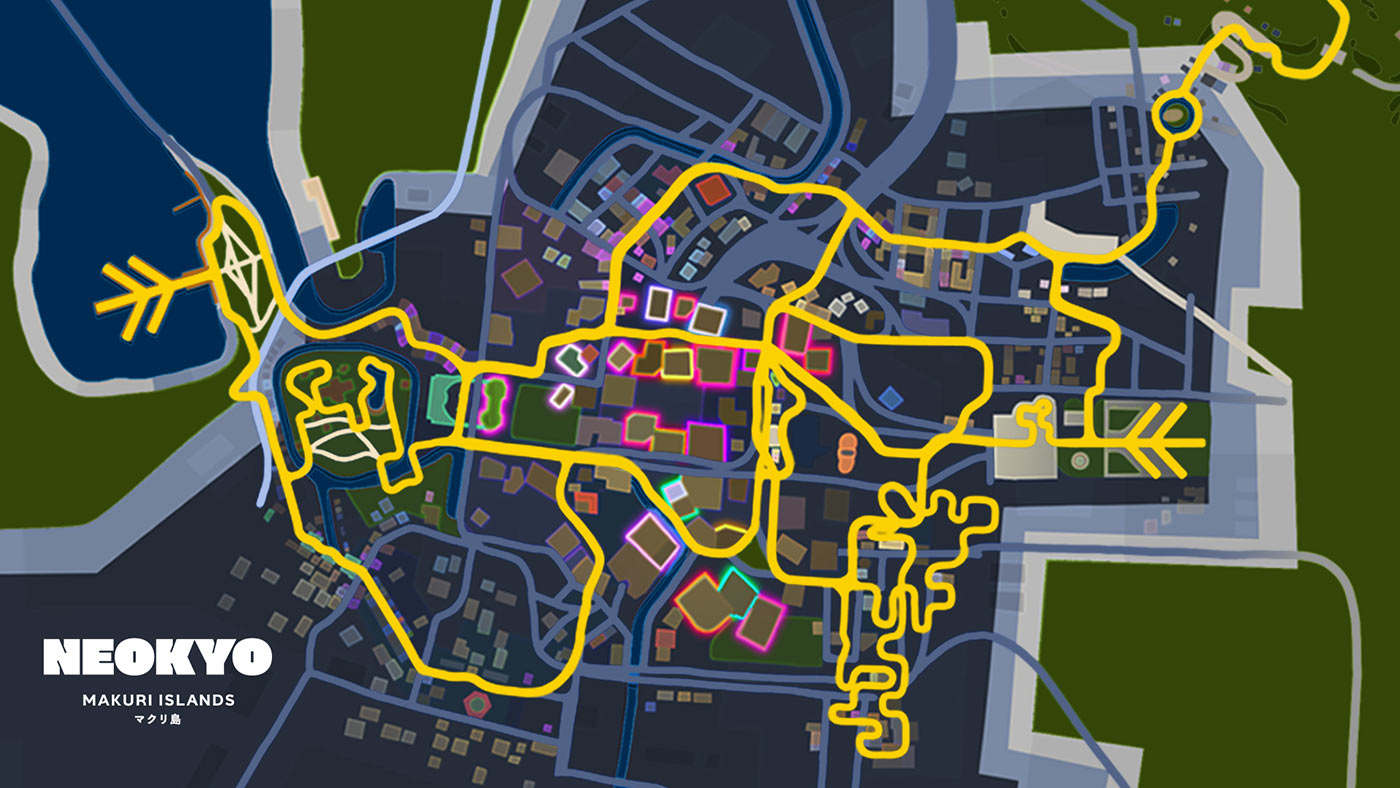 Look for the Neokyo expansion of Makuri Island world to roll out in November 2021. 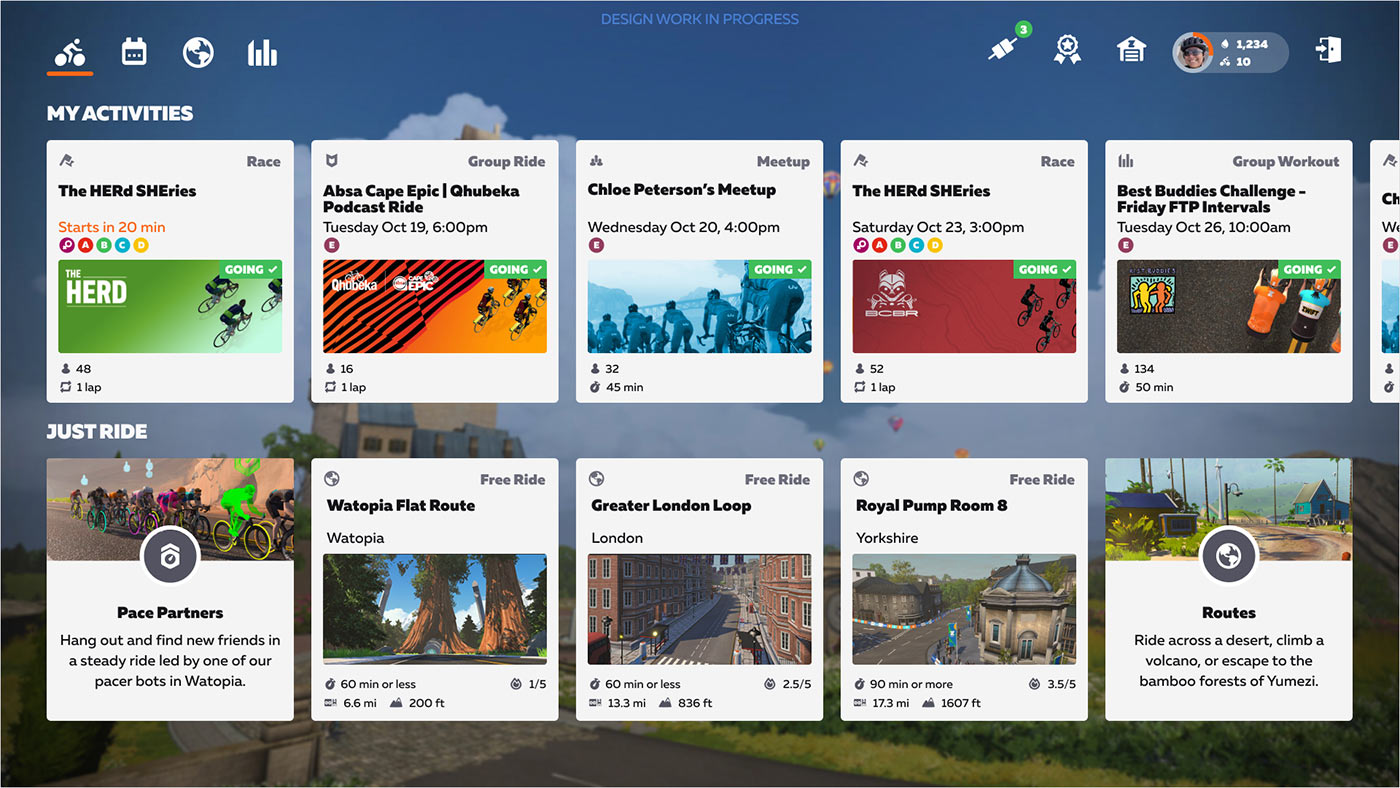 Starting with a limited rollout this winter, some users will see a new home screen that makes Zwift more personalized and easier to use. That means more social activities recommendations to help you connect to other riders and group events. 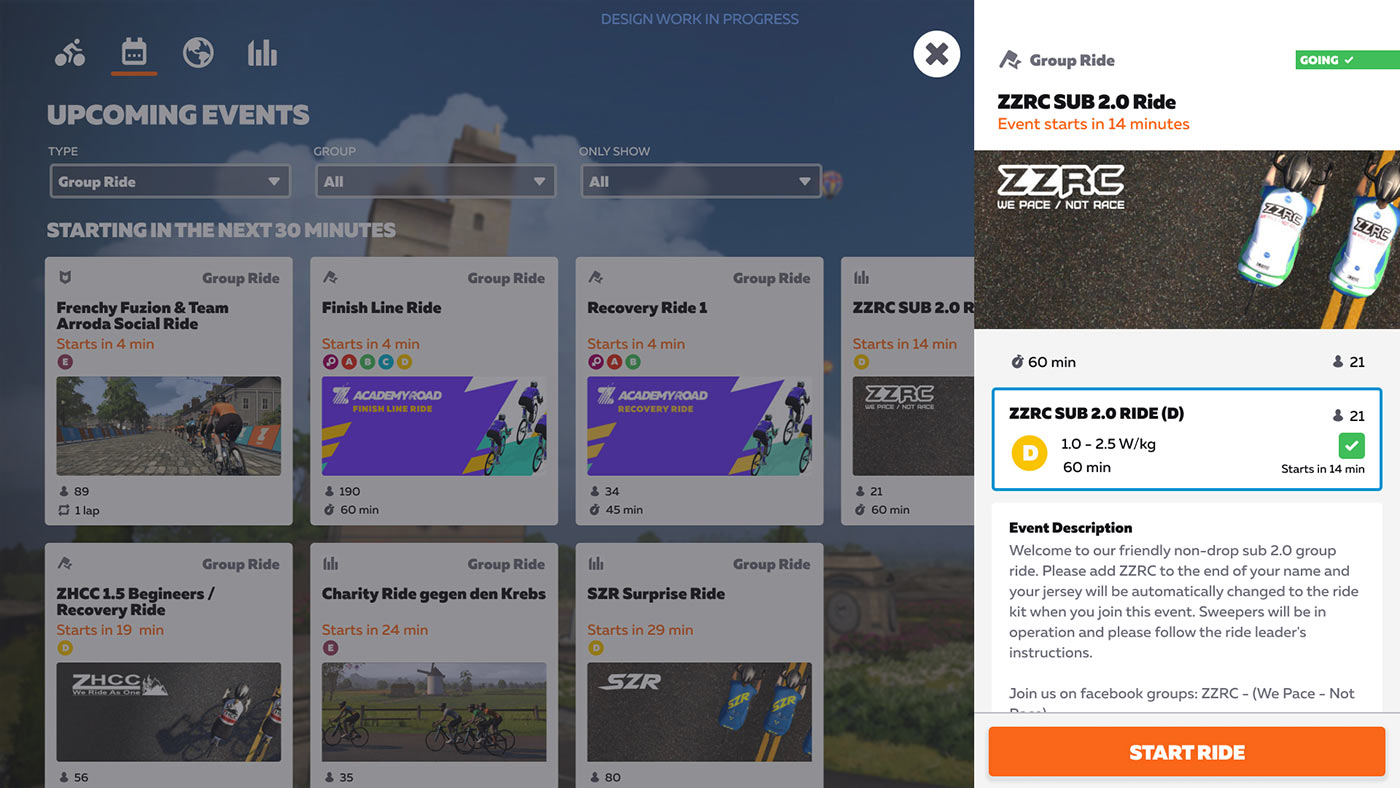 They’re also making it find activities more quickly so you can start riding faster. And the layout and UI has been improved, making navigation more intuitive. 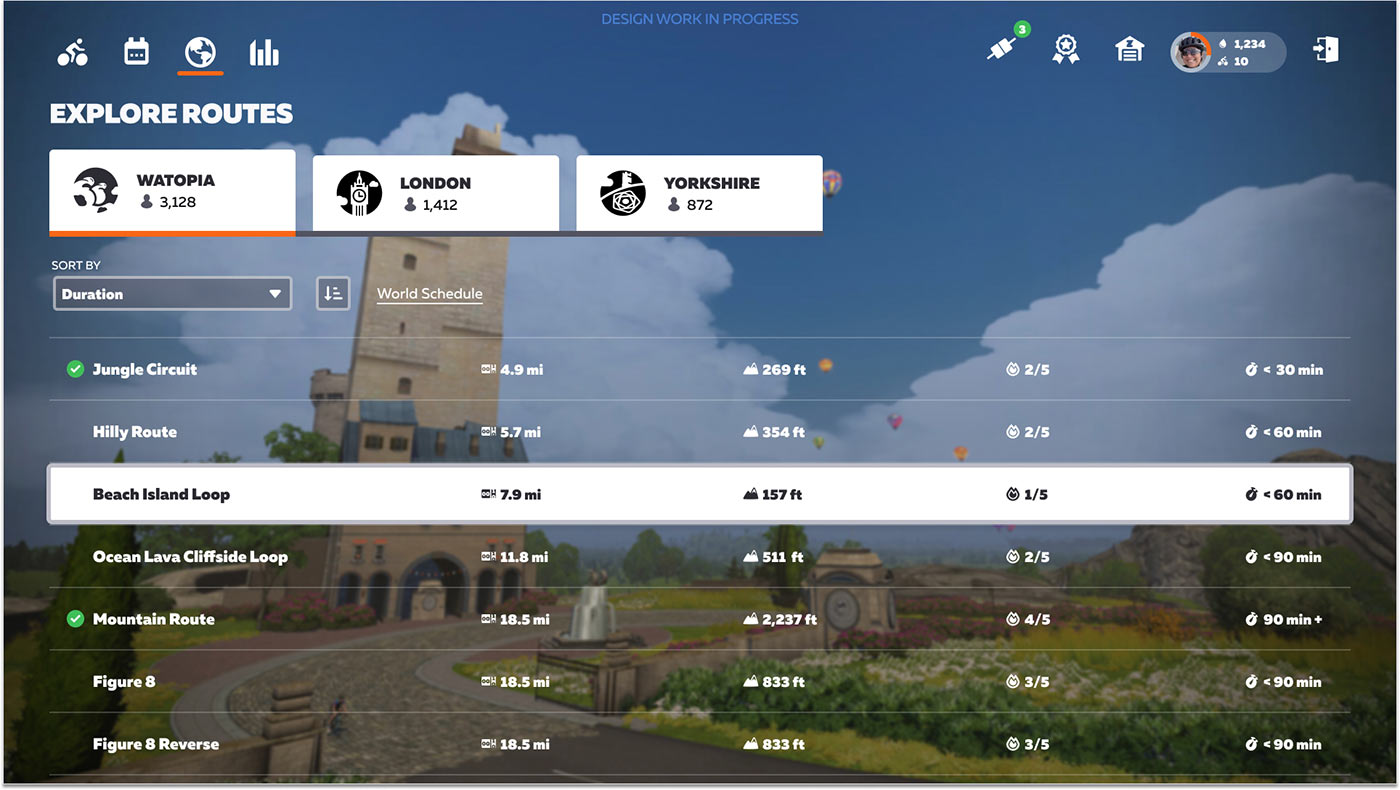 For those looking to jump on a ride that fits into their schedule, they’ve revised the estimated time to be based on the finish time for 85% of Zwifters. So, if you’re picking a 60 minute ride because you’ve got about an hour, then those rides are ones that most riders finish in an hour or less.

All of these changes will be rolled out in stages, so you may not see all of them at once. And it won’t have a full roll out to all users until early 2022.

Clubs get official…if you’ve leveled up 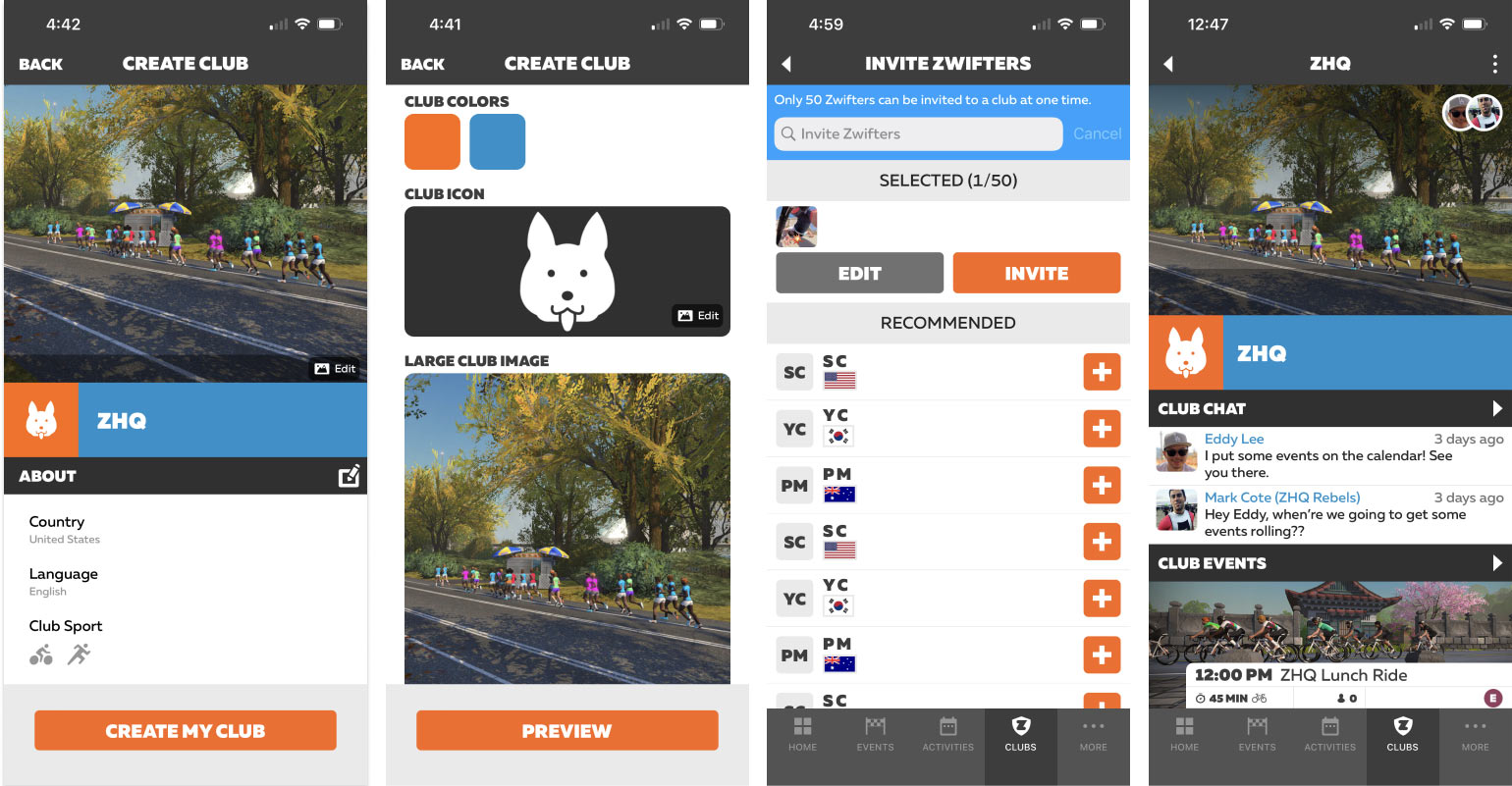 App screenshots showing the steps to create your own Zwift Club.

Clubs moves out of beta and will get a phased roll out just like the new Home Screen features, giving clubs more tools to run community events.

Launched in 2019, Clubs were meant for smaller groups of up to 50 riders and had a really small test group of about 200 clubs. Now, they’re working to expand that so that avid users can create a club. 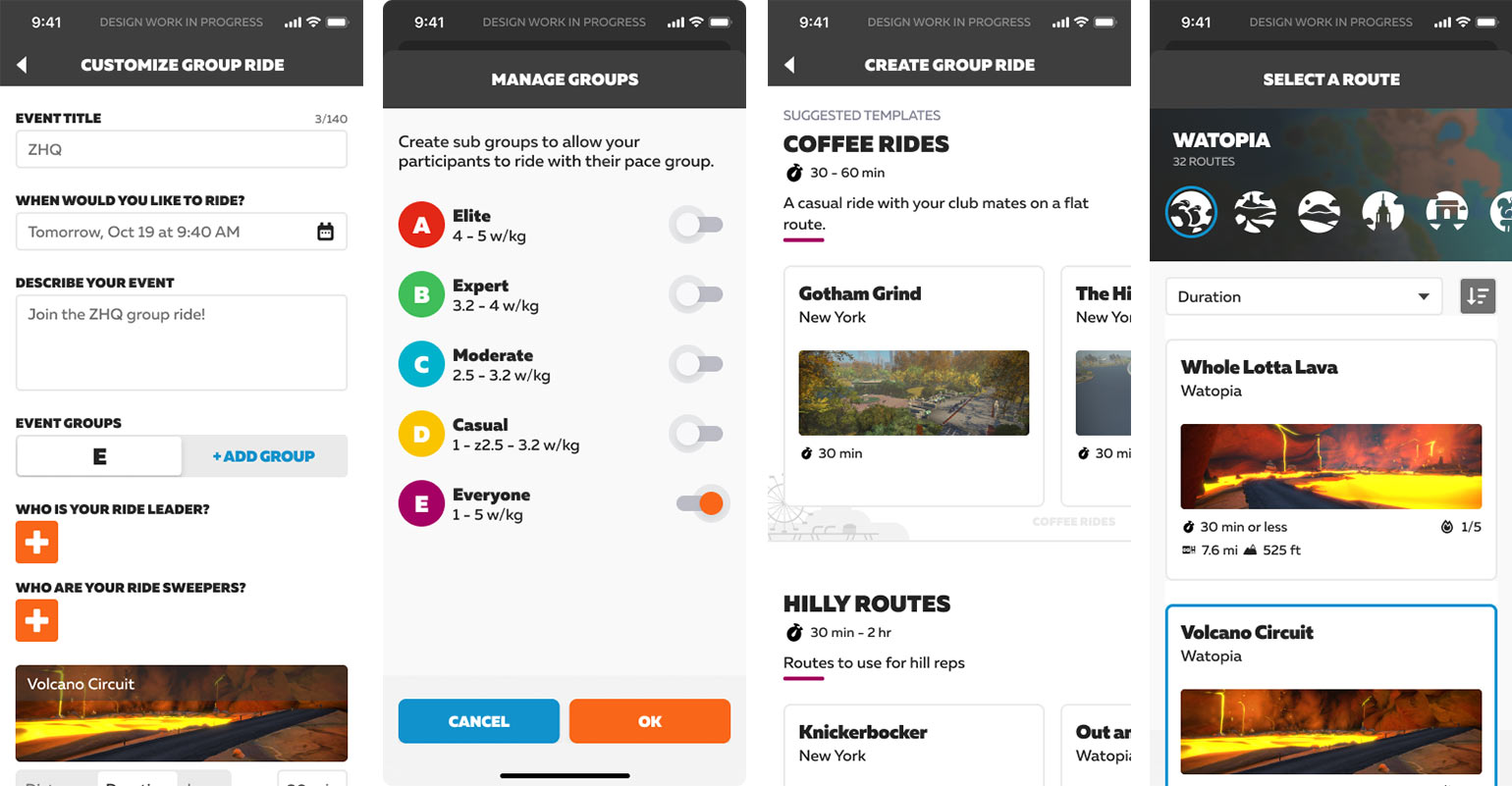 App screenshots showing how to create a Zwift Club event.

Zwift Clubs are designed to close the gap between casual Meetups and the organized Community Events. All you have to do is create a Club, pick a sport, an icon, and your colors, then invite friends. Then, you can create a Group Ride or Group Workout event, and they’ll have templates to help you create cool events even if you’ve never done it before.

Or, skip the template and make up your own from scratch. Choose the time and date, pick a ride leader and sweeper, set the course, pace groups, and a few other parameters. The only caveat? You have to be a Level 20+ rider to create a club (or a Level 10+ runner), but anyone can join a club.

Down the road, they’ll add club workouts and a discovery feature to help you find new clubs to join.

In the past 30 days, Zwift has captured some stats about when and how their members are using the platform. Here’s the recap: 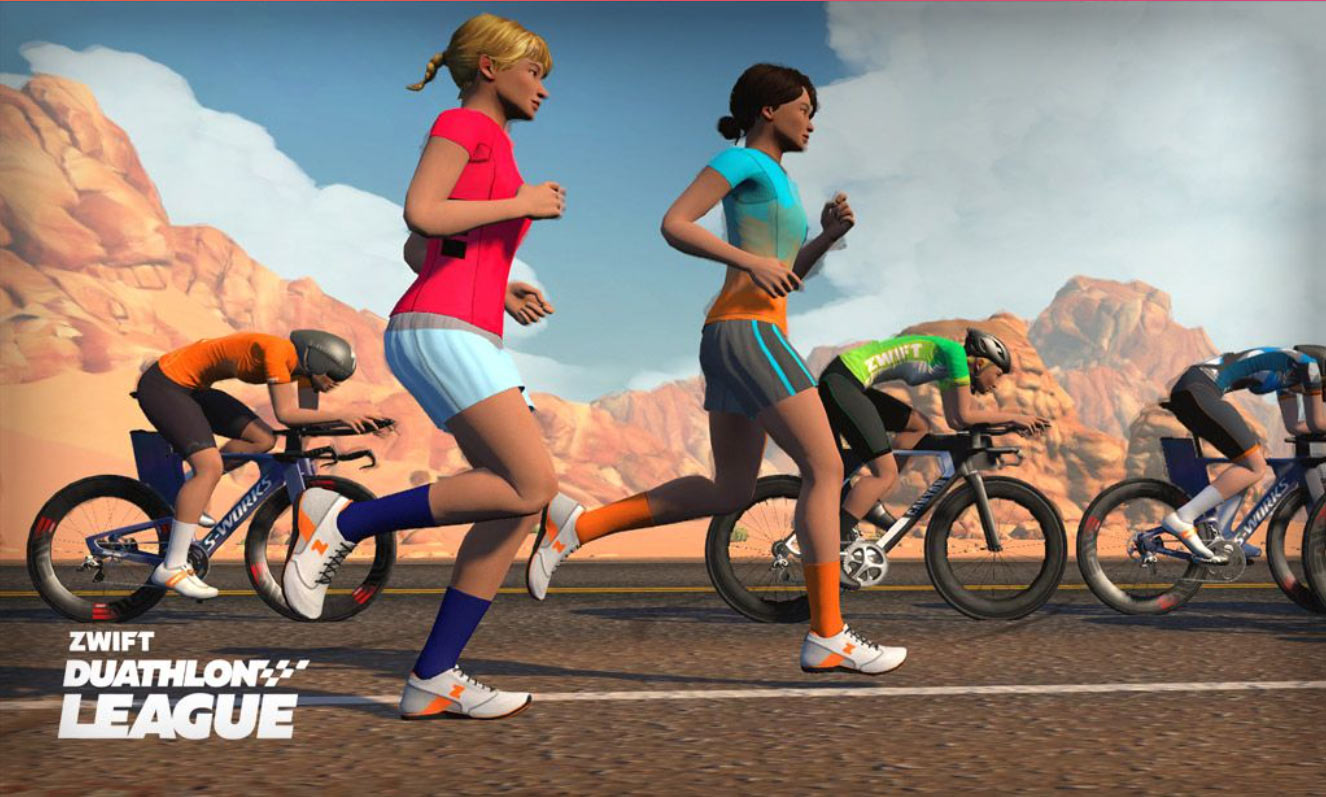 TRAINING:
There’s currently just over 160,000 participants in Zwift Academy, which provides them with a lot of data. To encourage participation, they gamify it to make it fun for you to achieve your training goals.

And they’ve managed to hide fitness tests behind the little mini games and challenges, so they’re getting better at giving you effective workouts. They’re also using that data to create new routes that create more effective workouts. 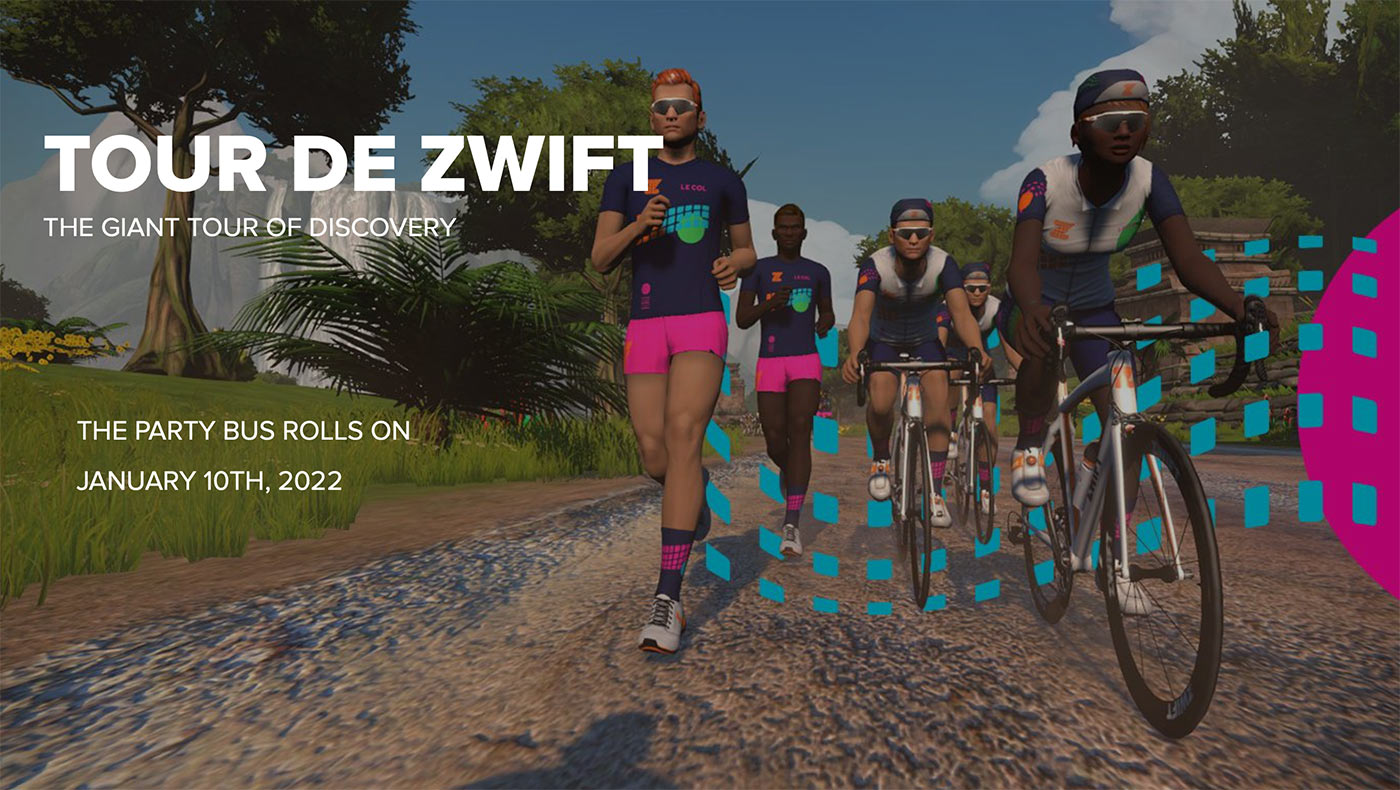 RACING:
They’re continually refining their system to make it more fair, so that anyone has a chance to win based on their fitness and strategy, not because they’ve gamed the system somehow. It’s a work in progress.

For the ZRL (Zwift Racing League), they’re working on scheduled events that will help ensure people can reliably get into a race when they want to. They’re also growing their running side, and will be adding a Multisport league with a Duathlon event that has a 35 minute TT and 15 minute run, with a 10 minute transition between them.

For hopeful pros, there are new Continental Qualifiers coming later this month for athletes who’ve race enough to get an A+ ranking. They’ll qualify 25 men and 25 women for the championships event.

Lastly, Tour de Zwift is returning with an 8-stage The Giant Tour of Discovery on January 10, 2022. And the Tour of Watopia returns in March 2022.