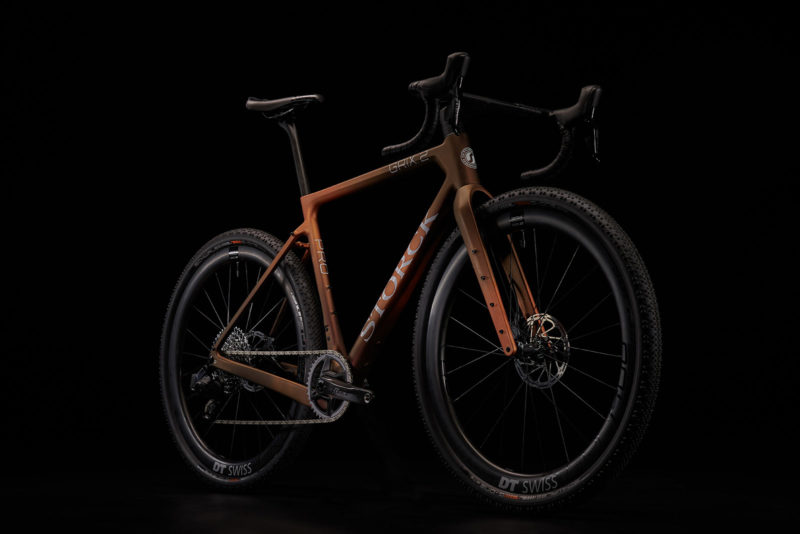 Building on the racy nature of the original GRIX, the new Storck GRIX.2 gravel bike keeps the short headtube and steeper head angle as the original, but adds all the attachment points you’d want on a performance bike. And, being a Storck, it’s rather light.

The biggest visual change is the edgier lines and shapes, complemented by full internal routing of all the cables, hoses, and wires. That comes courtesy of the new aero one-piece handlebar-stem unit first seen on the Aerfast3 road bike. 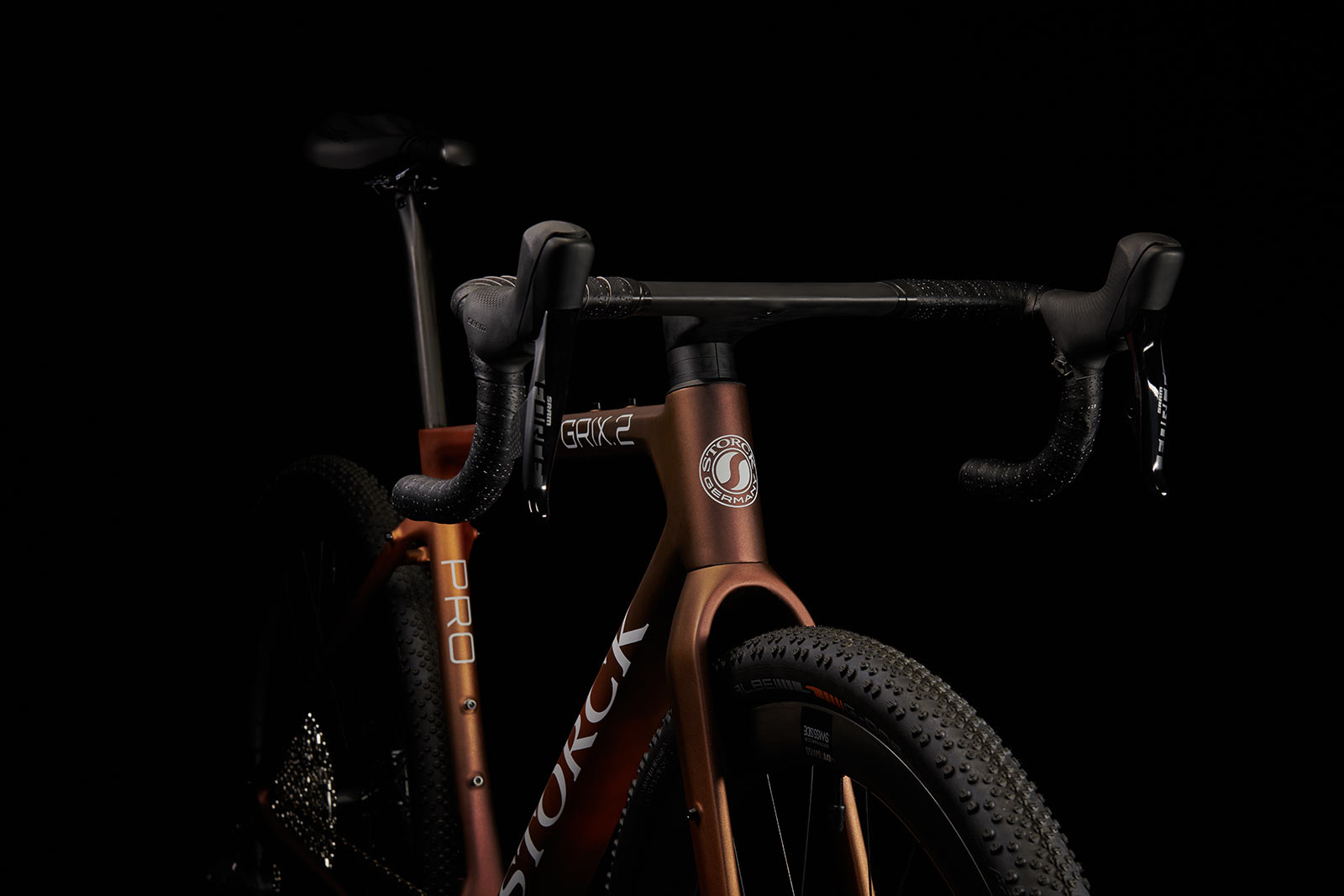 All brake lines and shift wires or cables, if there are any, run all the way through the handlebar, into the integrated stem, and straight into the headtube and frame. 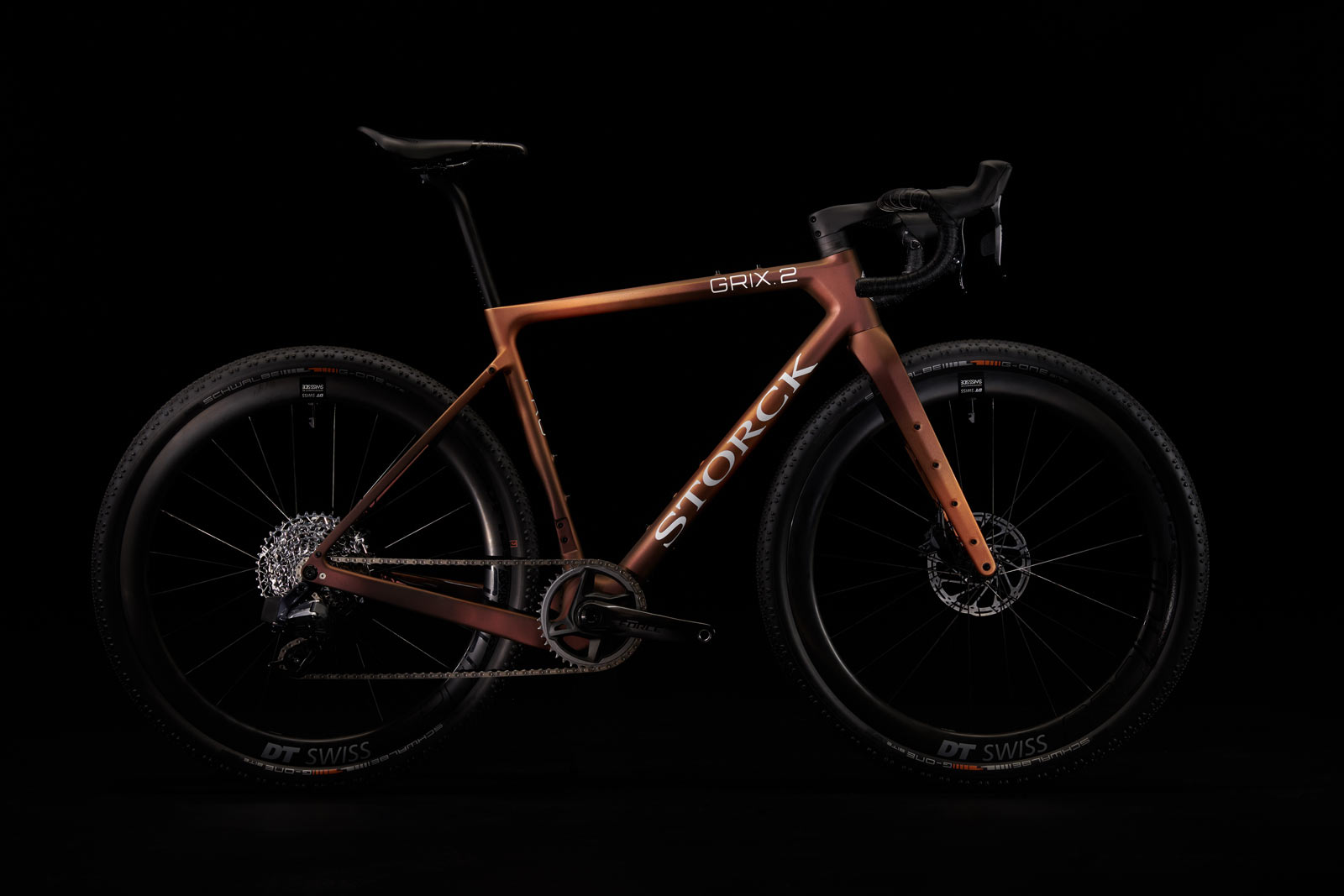 Storck says the GRIX.2 frame weight starts at just 900g thanks to “using the highest quality fibers.” Storck has always had a penchant for light weight, and this bike’s no different. 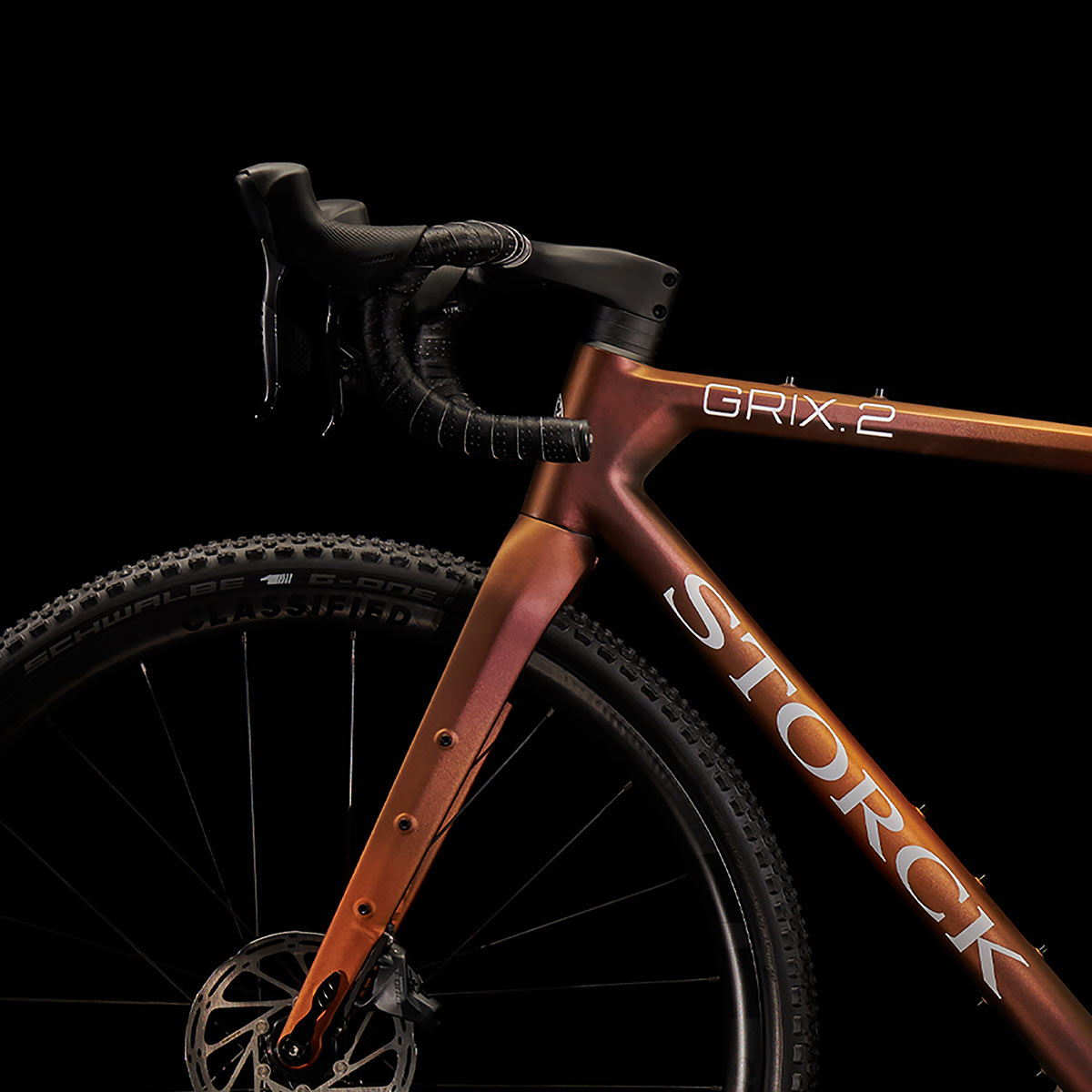 New on this model are all the mounts. With three bolts on each fork leg, top tube mounts, and a multi-position arrangement of bolts above and below the downtube, the bike’s able to carry plenty of water and gear. 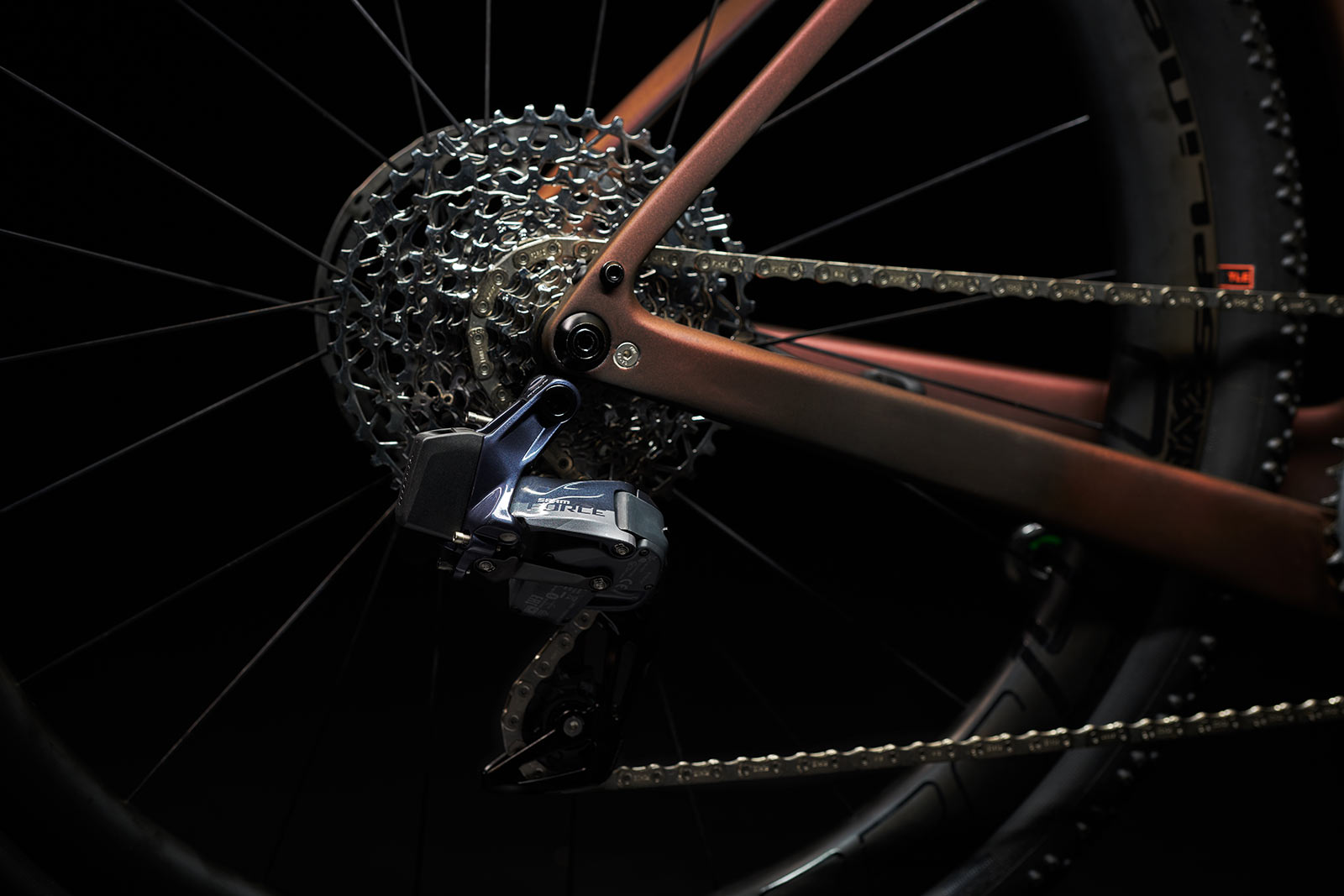 More mounts sit atop the seatstays and at the rear dropout. Bikes will come in this Vulcanic Sunset color with multiple traditional drivetrain builds available. But, the bike shown here is the… 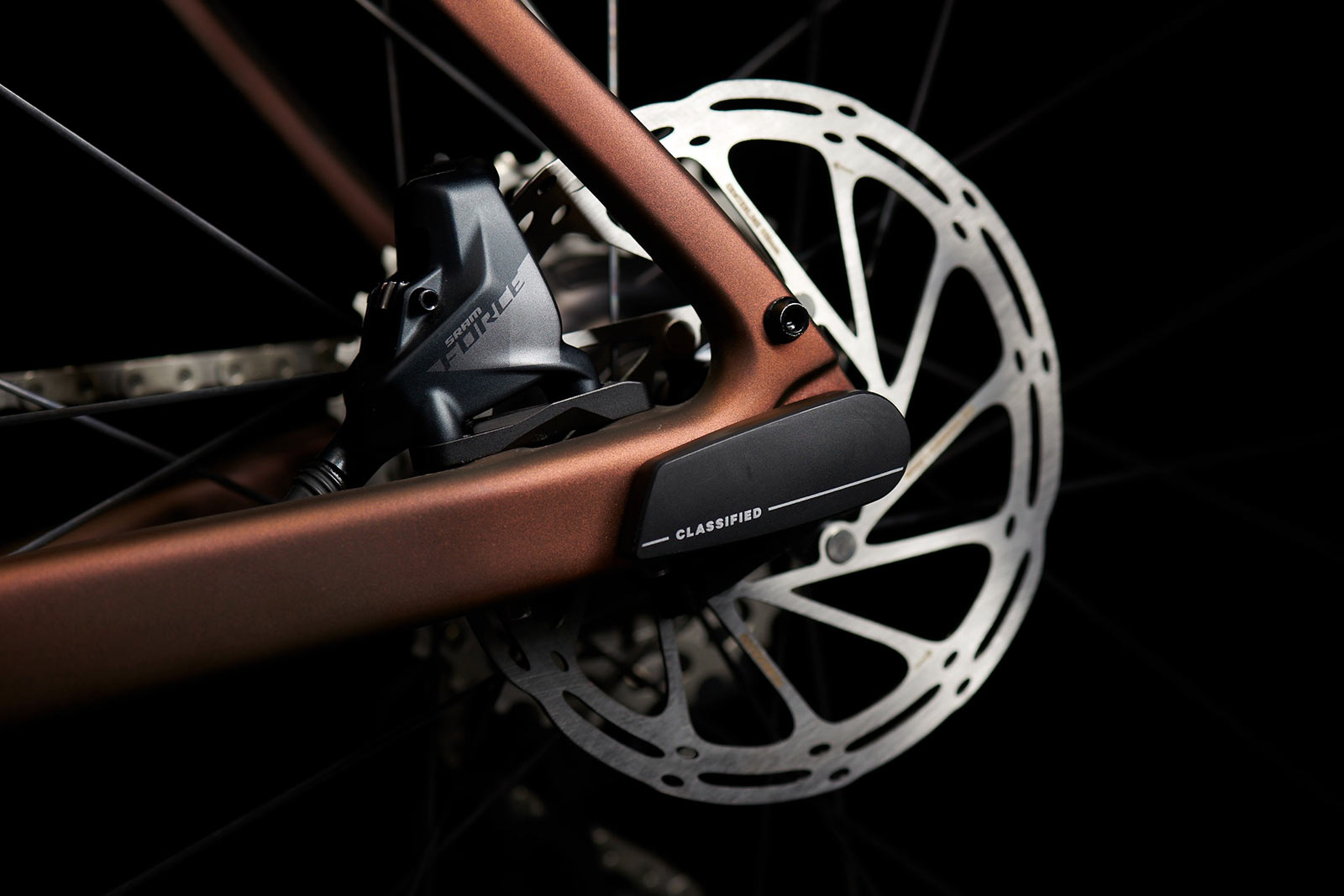 The GRIX.2 x Classified build runs €6,399 and gets a SRAM Force XPLR 1×12 group, adding Classified’s Powershift rear hub. By putting a 2-speed system inside the rear hub and giving you wireless control, the bike has all the benefits of a 2x group (potentially with even more range since cassette size is no longer a limiting factor), but with less maintenance and better aerodynamics. Check our full tech coverage on Classified here for all the details. 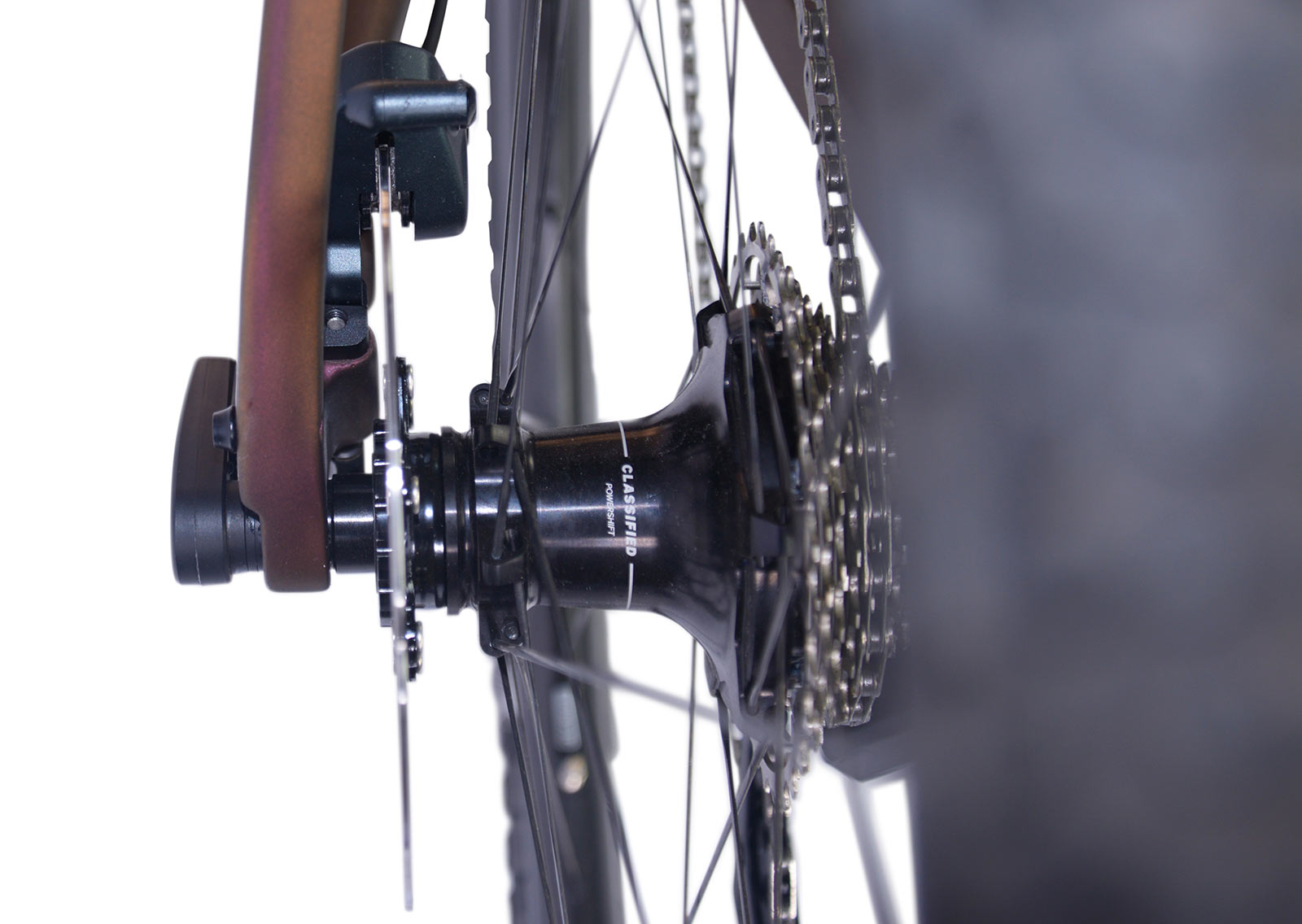 The only limitations or caveats with the Classified Powershift system is that you’re locking into their wheels for now, and you need a specially modified cassette to fit it (they offer Shimano and SRAM options for now), but they do have three different rims available. That, and when paired with SRAM AXS groups, you’ll get a separate shift button to put on your handlebar somewhere as it won’t receive signals directly from SRAM’s wireless shifters.

Good looking bike. I love that everyone is doing full integration lately. €2,200 for something a front derailleur already does, with the caveat of adding proprietary hub seems silly.