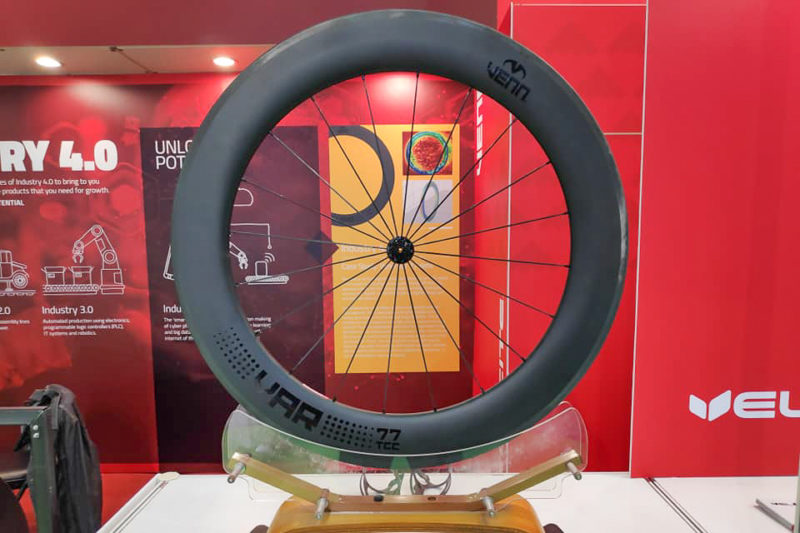 Venn manufactures a variety of different carbon rims, and they’re making a bold claim about their latest rim brake carbon clinchers: “Venn rim brake rims do not suffer from heat damage.” If that wasn’t enough, they say that their Var 77 is the first rim ever designed by autonomous artificial intelligence. Paging Elon Musk… 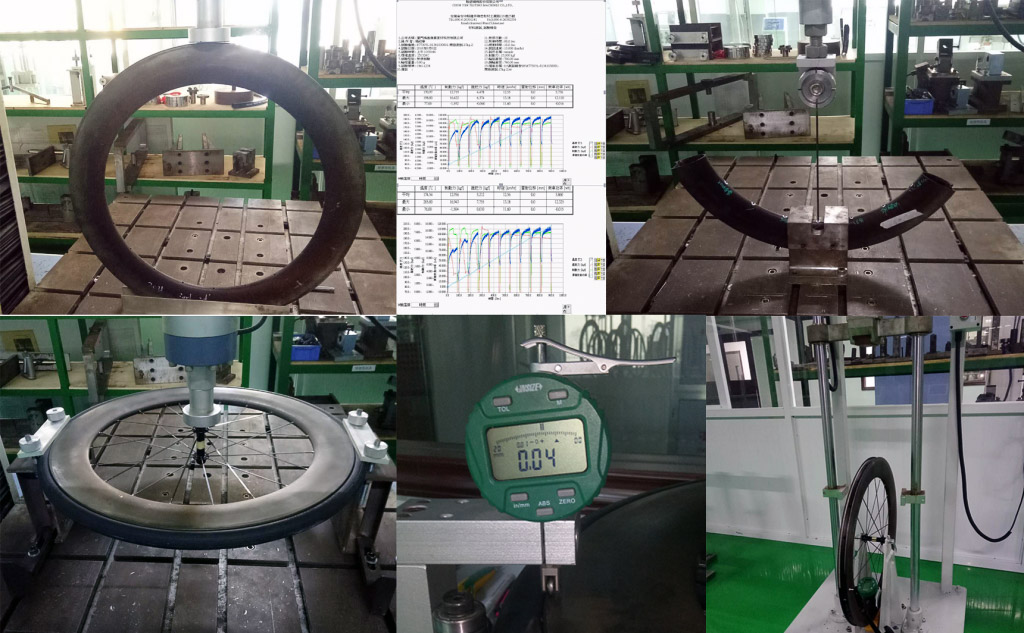 This isn’t the first we’ve seen from Venn, who tout an interesting filament wound, single strand carbon construction. However, this time it’s all about heat-resistant rim brake carbon clincher wheels – the Var TCC series. Using a high temperature resin matrix and complex 14 hour post-cure process, they say that it “almost guarantees that your rims will remain safe and functional in any real world situation when using suitable pads, well adjusted brakes, and appropriate braking technique.”

Oh, did we mention that they say that the Var 77 is the “first rim ever designed by autonomous artificial intelligence“? 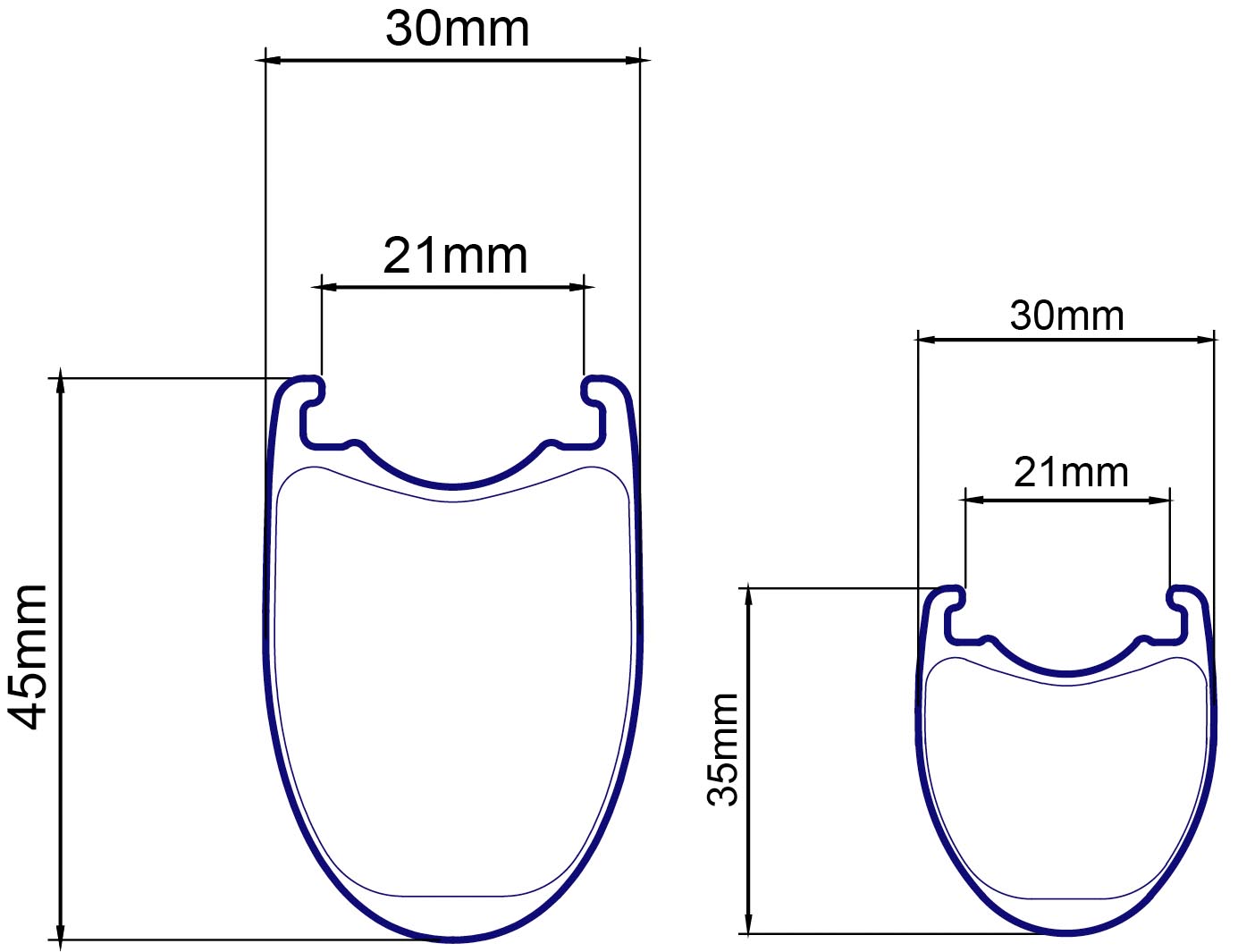 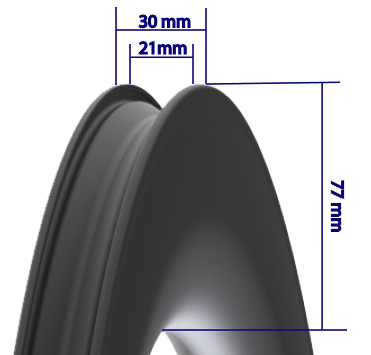 There are three depths available in the Var series – 35, 45, and 77mm. All use the same 21mm internal width, putting them on the wide end of the spectrum for rim brake wheels. 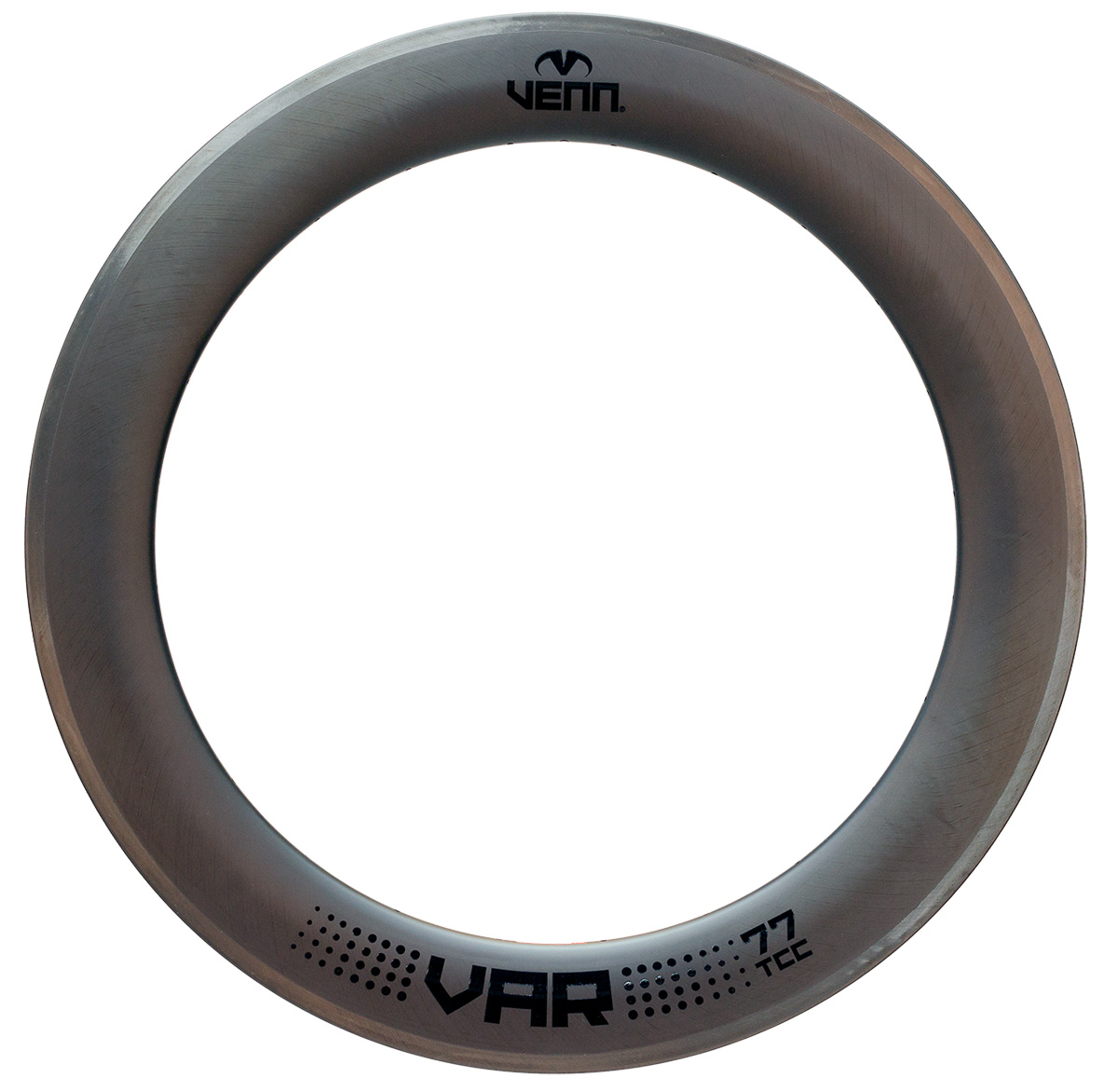 How do they go about making rims that can’t be damaged by braking heat? Here’s the download straight from Venn:

“We test our rims to failure before we release them to the market, and follow up after the rims and wheels are in use to identify any possible failure mode, and make improvements as necessary.

We are now happy to share that it is physically impossible to cause heat damage to our rims when riding your bike.

Our own efforts to melt our rims failed since in repeated attempts to do so all we managed to do is melt the inner tube and cause a tire blowout which ended the attempts.

Thus, while the rim cannot be damaged it is still important that you allow the rims to cool down sufficiently to avoid tire failure – this also applies to alloy rims.” 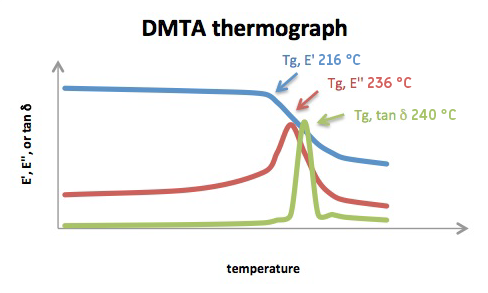 The key, according to Venn, is a high glass transition temperature, or Tg:

“Tg is the temperature at which otherwise stable epoxy resin matrix holding the carbon fibers in place effectively irreversibly degrades causing permanent damage to the carbon fiber composite material – a bicycle rim in this case. The only significant source of heat in bicycle rims is the heat generated by rim brakes.

Tg is not a single number, but a range determined via differential scanning calorimetry (DSC) and dynamic mechanical thermal analysis (DMTA)). Such a high Tg almost guarantees that your rims will remain safe and functional in any real world situation when using suitable pads, well adjusted brakes, and appropriate braking technique.”

Venn says that every Var rim has to pass a rigorous quality control test that includes inflation to 150psi, spoke tension to 130kgf, a 300kg radial compression test, and more. They also report doing batch testing using X-Ray imaging to identify any potential lamination issues before the rims are released into the wild.

The Var line is available in complete wheels or as a rim-only, starting at $374.

In the past, it seems that “outstanding resistance to heat build-up” also means “not-so-much” for the braking power. Curious to know if they’ve done anything else to actually help ensure you stop.

Also a bit annoyed that there’s no weights in the article (the rims aren’t on their site yet either to check). I like that Bikerumor gives a lot of tech articles, but that kind of reporting is usually what I look for to distinguish articles from ads.

This reminds me of the claim from Alto, and I had a set of those wheels. They were the crappiest wheels ever and I’m so glad I got rid of them. Can’t overheat them, but they also don’t stop at all. I rode them in the rain one time and actually rode through an intersection because they didn’t stop. I was so glad a car wasn’t coming.
I’d be wary of any claim that a wheel *can’t* be damaged by heat. It’s basically a teflon coated rim. Have fun stopping!

With polymers, irreversible degradation is typically understood to mean scission of molecular chains (loss in molecular weight) has occurred.

The DMTA cartoon shows an onset in the loss of storage modulus (E’ @ 1 Hz?) at 216°C (their selection/choice).

Why are they fighting so hard for rim brakes? With big brands like Trek abandoning them, I’m surprised they’re chasing the whole heat resistance issue. Disc brakes have their own issues, but they physically decouple braking from tire attachment. I suppose there is still room for room brakes, but they’ll be crowded out, at least in the mainstream marketplace. Remember 26″ wheels? You can get them, but you don’t see them on new bikes much anymore

Probably because there are still a lot of people riding with rim brakes, and there will continue to be bikes sold with rim brakes. I’m willing to bet that rim brakes will persist much longer and at a much higher market share than 26″ wheels, doubly so given how slow the road bike market is to change.

Shafts, disc brakes were all the rage in 1971 to 75. Schwinn put them on and everybody joined in. I think rim brakes will survive this marketing phase too.

So your rim doesn’t fail but your tube or tire fails due to the increase in air pressure from the heat?

Hi Venn, I’d love to check out your products and even get some rims on order but I noticed your site does not use https protocol….

“..your rims will remain safe and functional in any real world situation when using suitable pads, well adjusted brakes, and appropriate braking technique.”
That’s a lot of asterisks. I don’t know what exactly they mean by “appropriate braking technique”, (assuming it means not constantly dragging the brake down a mountain) but I’m gonna bet at least half of carbon rim owners don’t do it. Never seen a Zipp Firecrest or newer rim with heat damage. They have their suggested pads, but technically you can use any pad that isn’t Campy, you’ll just wear the rim quicker.
I haven’t seen any heat resistance / braking power correlation, but the general rule is the higher temp the resin is, the less impact resistant it is.