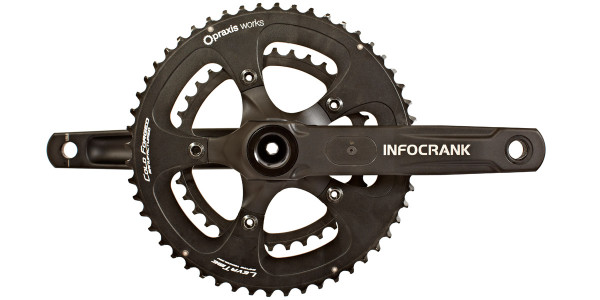 Announced as early as last spring and shown as recently as Sea Otter, Australian specialists Verve Cycling have opened up a pre-order process for their new power metering cranks. Dubbed InfoCranks, the 110BCD forged aluminum crankset offers a light weight and reasonably (or rather more) affordable way to get left-right balance power data. At a price between 30-50% less than most of its direct competitors, it certainly could make power metering a bit more accessible to the masses.

Join me after the break for release schedule, pricing and some more info… 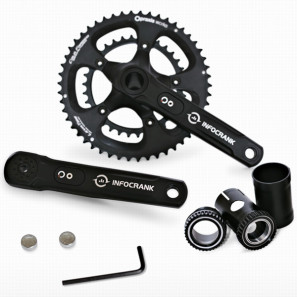 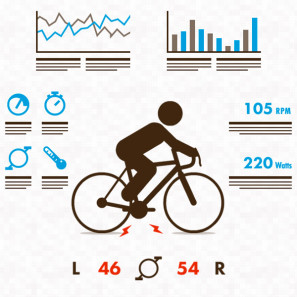 Being sold direct-to-consumer, Verve has chosen to setup a network of Affiliates worldwide who essentially are customer ambassadors for the brand that will help users get the most out of their purchase. They have partnered with such notable Lead Affiliates as former UCI President Andy Cook and former Swedish road pro Magnus Backstedt, as well as many other respected coaches, sports physicians, and event promoters. Their goal seems to be to not only bring a quality product to market, but to back it up with an unparalleled level of professional advice, support, and service to ensure you benefit from their product.

A pre-order page is up and running, giving interested customers the chance to get in on preview access to Verve’s e-shop before it comes online to the public in the next week or so. Pre-order purchases will ship to these first customers on or before May 20. And future regular orders can should expect less than 8-10 weeks from order to delivery to account for the differing crank length, rings, and BB-fitment options, as well as international distribution. Verve hopes that time can be cut shorter, but as a new public release of their first big product, they don’t want to over promise.

The power metering crankset has been developed with the Australian Institute of Sport to ensure it’s data measurement performance. They are completing some final detailed benchmarking of the accuracy and drift of the final production cranks, to highlight the InfoCrank’s unique ability to permanently calibrate the power meter in the production process, negating the need to recalibrate over time or with a change of chainrings. 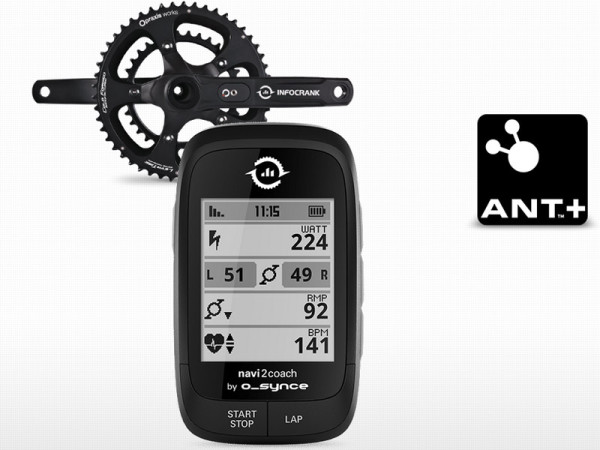 All InfoCranks will ship with a set of the well respected Praxis Works chainrings (in 50/34 or 52/36), a Praxis-made BB30/PF30 or BSA bottom bracket, and the o_synce navi2coach bike computer which they have collaborated to develop to be optimized for collecting and viewing the bilateral power data. The 694g (without rings) cranks will be available in 170, 172.5, and 175mm lengths, and communicate over ANT+. Pricing is set – including the Praxis rings and bottom bracket, and the o_synce head unit – at 1533€, 1260£, $1750 + tax, and A$1999, depending on market and excluding shipping. Also in the pipeline is a 130BCD version, possibly to be introduced near the end of the year.

We have agreed with Verve to get a sample for testing in the next month or two, so we will update you with our hands on experiences with the fit, finish, and real-world functionality.

I’d be interested if they weren’t so damn ugly…..

Can somebody tell me what a person is supposed to do/change with the information that they put out 53% vs 47% on one leg vs the other? Push harder on the other side? Really don’t see the benefit of separate left/right power numbers.

I like the looks, but the name is laughably bad. Was “Spreadsheet Type-R” already taken?

Is this a product that road cyclists would use? What’s the benefit of such a product in the first place?

@wheel addict the benefit of left right power is that first your power is much more accurate. Say you have a power meter that is accurate +/- 2% but you are merely doubling the left leg reading to get total power. that puts you at +/- 4% and that’s if you are riding perfectly balanced. once you introduce any level of imbalance you are adding to the range.

you can also see an imbalance and work long term to correct it. 47-53 isn’t a big deal but say every time you do intervals you notice your split is 60-40, you can target your training towards balance (1 leg drills ect) You can also track your balance over time as it is possible to develop an imbalance due to bike fitting issues or to track recovery from an injury.

It’s not totally necessary but if youre already investing in a power meter why not?

The numbers for left and right power balance are most useful for coaches and high level athletes, unless there’s a glaring imbalance…at which point a physical therapist might be in order. Like any other number, it’s initially a way to see where you are. What you do with it depends on where you want to go, and a good coach can help turn those numbers into actionable plans.

Power output/heart rate I s a true measure of exertion. Power to speed ratio & power to weight ratio combined with cadence can provide you with a measurement of efficiency. Having a base line measurement of efficiency enables one to track progress and fitness. One major determinant of efficiency is form (how you ride your bike), the other is fit (how well the bike fits your body). Left to right power output provides feedback on biomechanics and ultimately helps you to become a better cyclist.

infocrank |ˈinfōkraNGk|
noun
1 an eccentric person, esp. one who is obsessed by unnecessary information

Why are people picking on the fact that it delivers left/right data. Plenty of other powermeters offer this data point as well. This shouldn’t be something to pick on Infocrank for.

However, I do take issue with the claim that this is a more affordable option. This appears to be right along the same cost as comparable power meters. I see nothing special here other than just another option in the power meter market.

Victor– Only Rotor offer a L/R crank. Vector offers L7R but is not accurate and the drfit makes them pretty useless for serious trainign analysis over time. The Rotor crank alone is €1600 then you have BB and rings and a computer to make up what these guys seem to offer here. Seeems like a ground breaker for this level of equipment to me.

Someone let me know when I can get a power meter for $500 or less. Until then, I’ll keep glossing over reviews like this. I know I’m not the only one. Please, someone make an affordable (but good) power meter…. and watch the stampede of consumers come rushing in.

Surely the price/value/affordability issue is your budget. Are you better to spend €3000 on a bike and the performance that MAY give you a personal improvement in your performance. Or are you better to get a €1500 bike and pair it with a (top line) power meter for €1500 and have a €3000 system set up that will for sure improve your performance and continue doing so for as long as you develop your training. These guys are also offering access to that training and coaching back up that can only come with accurate, drift free numbers they claim to be providing.

“More Affordable”? http://bikerumor.com/2014/03/18/hands-on-pioneer-cycling-power-meter-tech-overview-first-impressions/ Less money, used by pro teams, and employs tried and true cranks. Oh, and it seems doubtful that Pioneer is going under any time soon.

The price is big. For a brand which hasn’t proved anything. The prices from power2max are way more friendly. And why offer it as a package? (beside keeping the price at a certain level) I think most people just want to have the powercrank.

Price is definitely a big concern, and I too would like to see a power metering crank get under say €600/$800. But if you figure in ~€200/$275 for the computer and €170/$230 for the rings and BB, the pricing is pretty much on par with the cheapest from either Pioneer or Power@max, plus the two-sided power.
Verve has specifically developed the software/interface of the computer, and is confident that it is worth the effort to make sure customers get the most out of the data. They have been using this technology for almost a year down under, but we will have to wait and see how the company and product develops (and the future possibility of getting a crankset by itself.) We’ll definitely be very interested to see how the whole package performs when we get it in our hands.

You’re all a bunch of cry babies.
This is a fully integrated crankset/power meter. Have you ever seen an integrated power meter before? No. Because this is the only company that has the technology to do so.
Look at the wonderfully cheap Pioneer, you zip tie it on… cheap, but is that reliable and taking into account the bend and shift of wattage through torque? No, its doing stupid radical calculations to give you an estimate. You might as well use Strava for your power outputs.
Look at the Rotor, once again, its an attachment that ONLY works on the Rotor crankset.
Stop complaining about its look or its affordability, when in reality, this small piece of metal has as much technology in it as any bike you own.
I’ve been riding with power meter technology as long as I have raced, and I can tell you, knowledge of wattage output and your ability when it comes to watts during a race is of utmost importance. And going that 4% over because of a bad power meter like PowerTap or another “affordable” brand, will cost you 9/10 races because you destroy your legs.
As for the company itself, this is a company that if you do research on you’ll realize they are employing some of the top technical and mechanical experts out of ANY field, Formula 1, cycling, technology.
This company is offering what no other company can or will offer. They are offering an INTEGRATED power meter, the only of its kind, with training and coaches and affiliates who care about how you use your power meter and how you train with it. They don’t just throw it at you and say “good luck on learning how to use power readings correctly to improve your performance,” no, they’re paired with the Australian Institute of Sport who has used the prototype version for 3 years to test the accuracy of other top brands and found InfoCrank to be the best.

pioneer ziptied parts to cranks two generations ago. look at the new ones.
pioneer is considered very, very accurate. srm, power2max, quarq as well, although without L/R split.