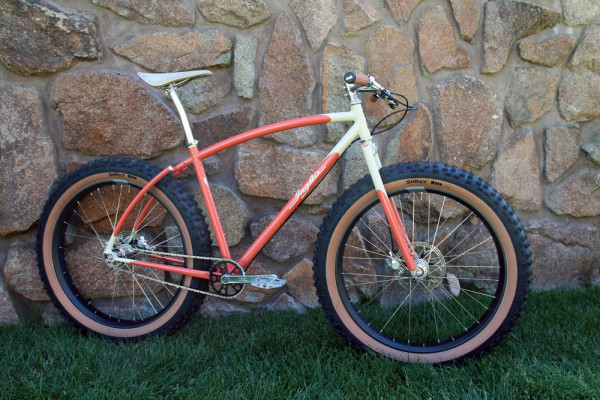 Inglis Cycles and Retrotec bikes have always caught my eye, but this Inglis fat bike is a definite show stopper. Originally built as a show bike for the 2009 North American Handmade Bike Show in Indianapolis, the bike that started out as a fairly attractive creation has received a modern makeover that brings it over the top. As one of the personal bikes of Matt Larson, the brand manager for Whisky Parts Co., the Inglis served as the perfect canvas to show off the new Whisky No. 9 Carbon fat bike rims.

A fan of single speeds with fat tires, Matt had literally just gotten back from the Single Speed World Championships in Anchorage, Alaska and had his Mukluk race bike on display as well. Details next… 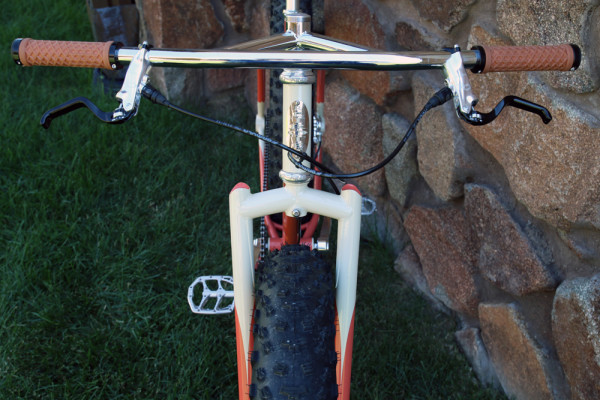 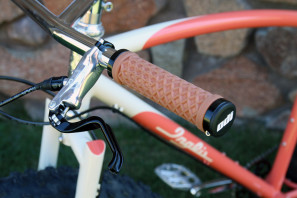 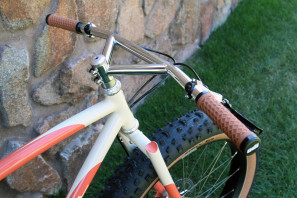 Other than the frame, fork, and cranks, most of the parts on the Inglis have been hand picked to create the perfect aesthetic. It’s hard to believe this bike was actually built in 2009 and ridden since. Other than a few touch ups, the finish is still show room quality. ODI Van’s Waffle Grips in gum sole match the Surly Nate Skinwall tires extremely well. 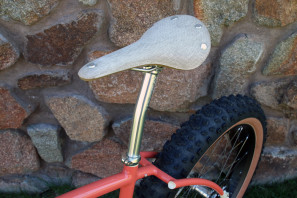 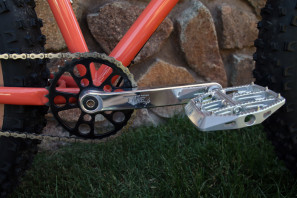 To go along with the “bull moose” (Goat Horn?) bars, Matt selected a Thomson post, Brooks Cambium saddle, and White Industries Eno Cranks for a classy but functional look. 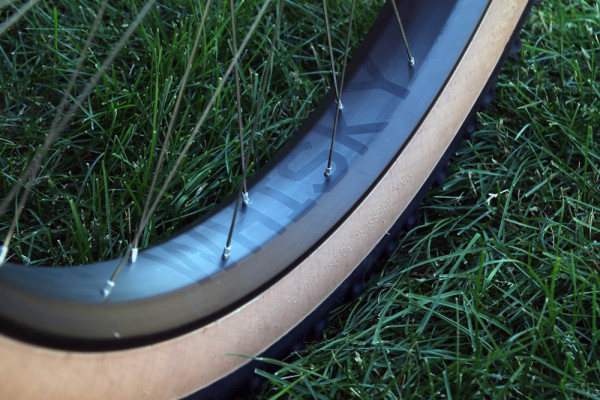 One of the most modern components on the bike, the Whisky No.9 Carbon rims manage to not look out of place. I’ve always thought the Skinwall Nates looked good, but especially here. 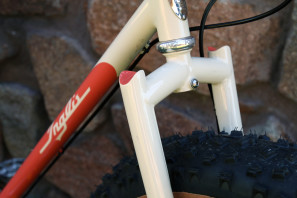 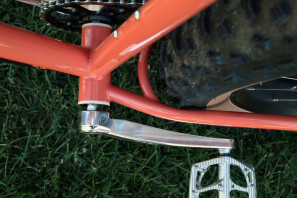 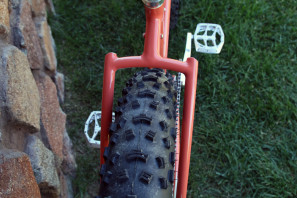 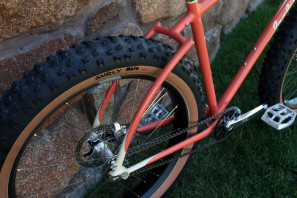 You have to remember in 2009 fat bike rim and tire options were few and far between. Considering the bike was built around Surly Endomorph tires on Surly Marge DH rims, it’s impressive the N0.9/Nate combo actually fits in the frame. It’s even more impressive when you consider the frame standards – a 135mm symmetrical rear and 100mm front hub with a 100mm bottom bracket. 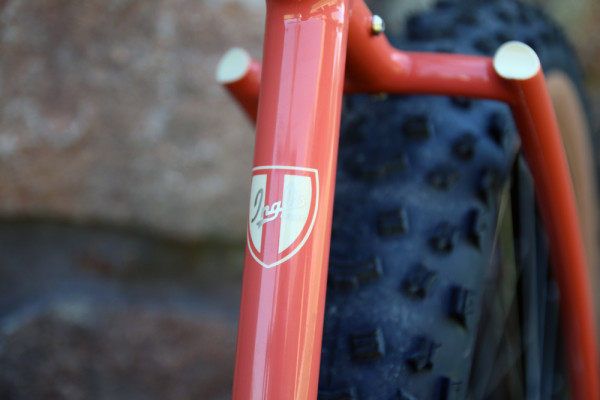 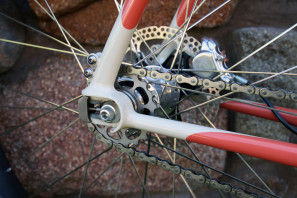 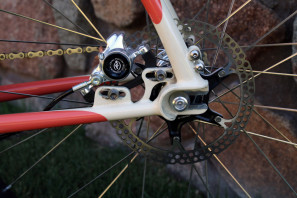 Part of making that work is running single speed with the track ends. 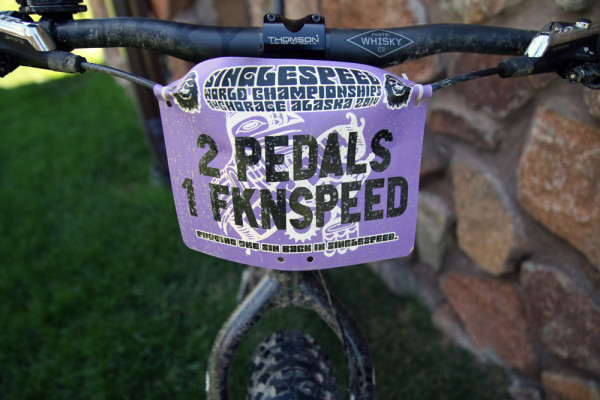 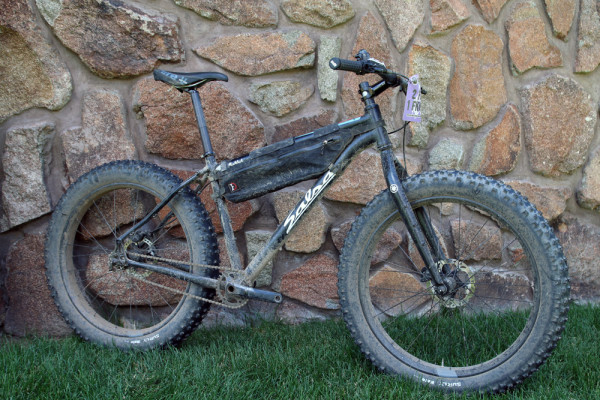 The “number plate” pretty much says it all. Single Speed World Championships were in Anchorage, Alaska this year – what better bike to bring than a fat bike? Ok, Matt didn’t win the tattoo, but he did have a lot of fun. Judging by the amount of mud and dirt on his single speed Mukluk, we can assume at least some of that fun was on a bike. 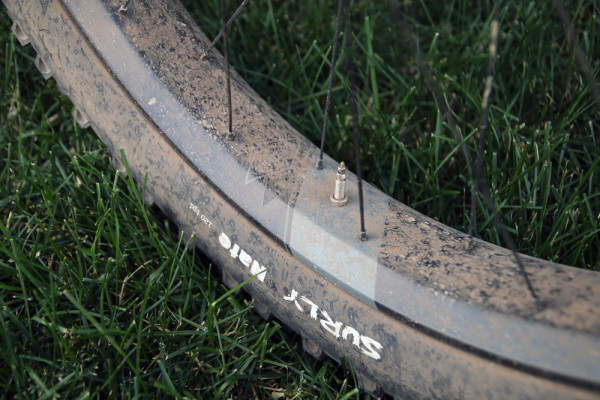 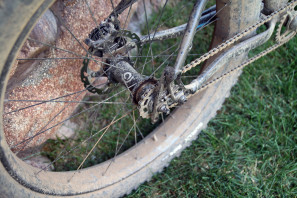 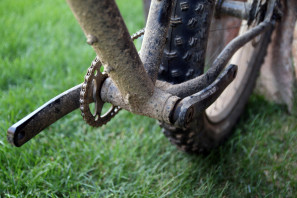 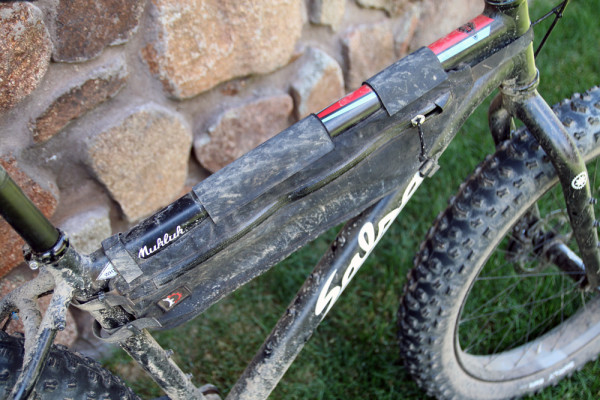 To help offset the weight of the fat bike wheels and tires, the Mukluk was shod in the new No. 9 carbon rims with Nate 3.8″ tires. When asked about his tire selection Matt said he really just wanted a tire that would be the perfect all conditions fat bike tire since he didn’t know the conditions. Built with Industry 9 hubs, Truvativ X9 cranks, Shimano XT brakes, Thomson and Whisky components, plus a bell and a compass, the Mukluk was ready for adventure. 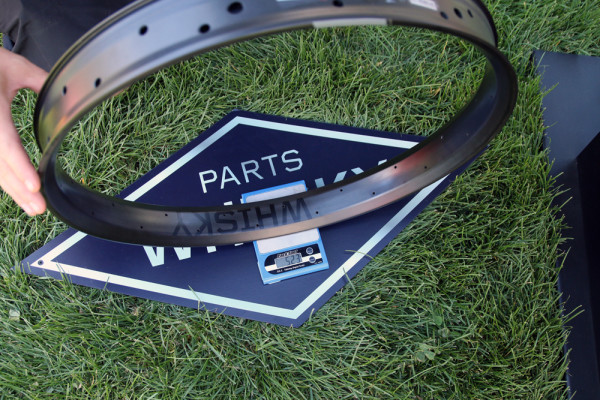 You’ve seen our first look on the No.9 rims, but we haven’t weighed the actual rim yet. We’re told this was a “light” sample, but it came in at 523g. The 70mm wide (65mm int.), 32h, carbon rim is tubeless ready and was designed in conjunction with 45NRTH and their Van Helga tubeless fat bike tire.  The rims have a 300 lb (136 kg) rider weight limit and will be available this fall.

Gorgeous bike, and not an adjective I use lightly.

I have no need for a fat bike but that is one beautiful bike. That is some slow business running a single speed fat bike… but fun non the less in the snow.

Looks like Curtis and the Quality folks put every cliché into that bike they could fit, and yet, dag. It’s fkn righteous.

Sexy a** bike there!