Personal Trainer sessions not working out? Would rather give HIIT a miss? You’re not alone, as Scottish Trials Bike legend Danny MacAskill shows us in his new film that there are other ways to make your mark in the gym. I’ve just spent the last few minutes grinning sheepishly and shaking my head in disbelief. It’s a New Year, and Danny has new tricks. This time, an old school gymnasium sets the scene for another banger production by Cut Media. While the “New Year, New Me” January gym goers are lifting iron and spinning in pools of their own sweat, Danny has other ideas for the dumbells in Gymnasium.

Danny MacAskill in the Gymnasium

Danny MacAskill says, “It’s fair to say that gyms aren’t really my natural habitat! I take my hat off to people who go every day to stay in shape, as I much prefer to hop on my bike and keep myself fit that way. We wanted this video to be a reminder to all those looking to get fit in 2020, that you don’t have to be miserable, there’s plenty of fun ways to hit your fitness goals. For me, it has and will probably always be my bike.”

Gymnasium is the latest collaboration between Danny MacAskill and Red Bull, a relationship going back 10 years that has seen other groundbreaking films such as Way Back Home, Imaginate and Wee Day Out that have clocked up hundreds of millions of views between them. 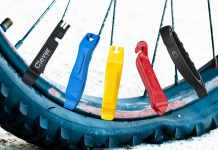 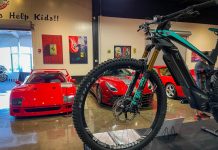 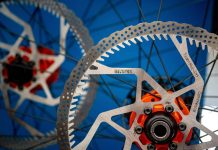 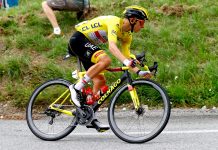