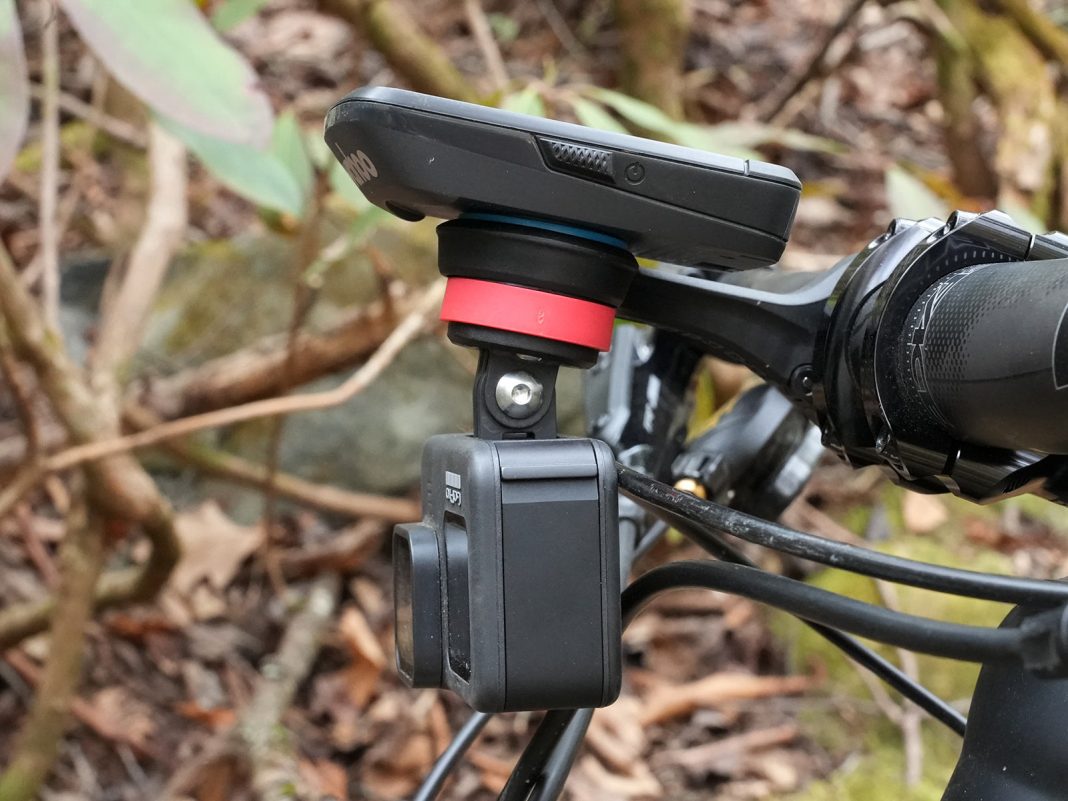 There are a lot of ways to put a GoPro on you or your bike, but most of them require a bit of a commitment. Meaning, once you’ve threaded or clicked the camera into place and adjusted it, that’s probably where you’re leaving it for a while. KOM Cycling’s latest mount makes it a bit easier to grab a couple different angles.

Even better, if you use a GoPro-style mount for your headlight, it could be the fastest, easiest way to get that light on and off your bike for charging… 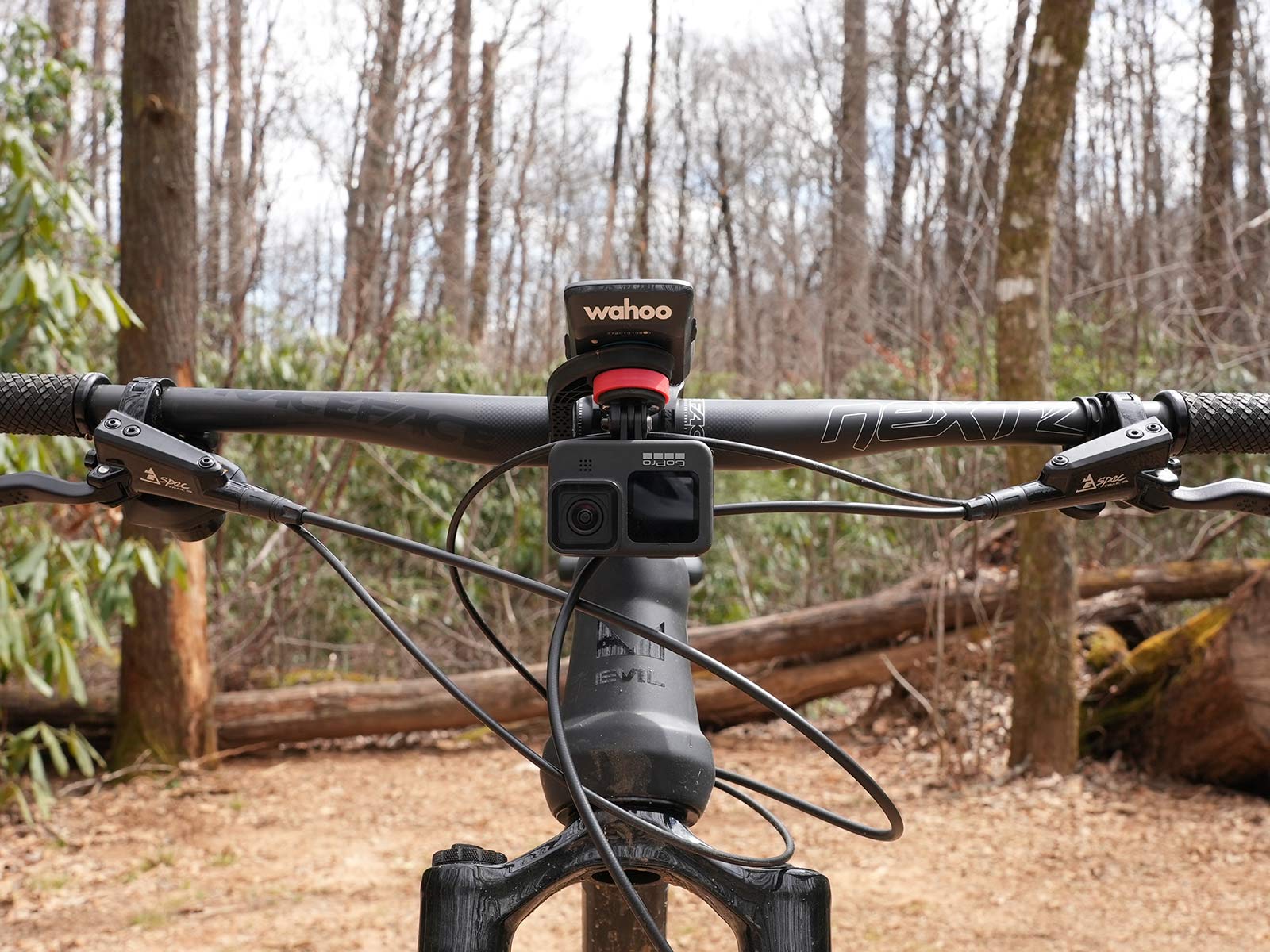 Using a familiar twist-to-mount design, they borrow the attachment method we’re used to with our GPS cycling computers and apply it to the underside of their outfront mount. The GoPro attaches to that, so you can quickly mount and unmount it between shots. 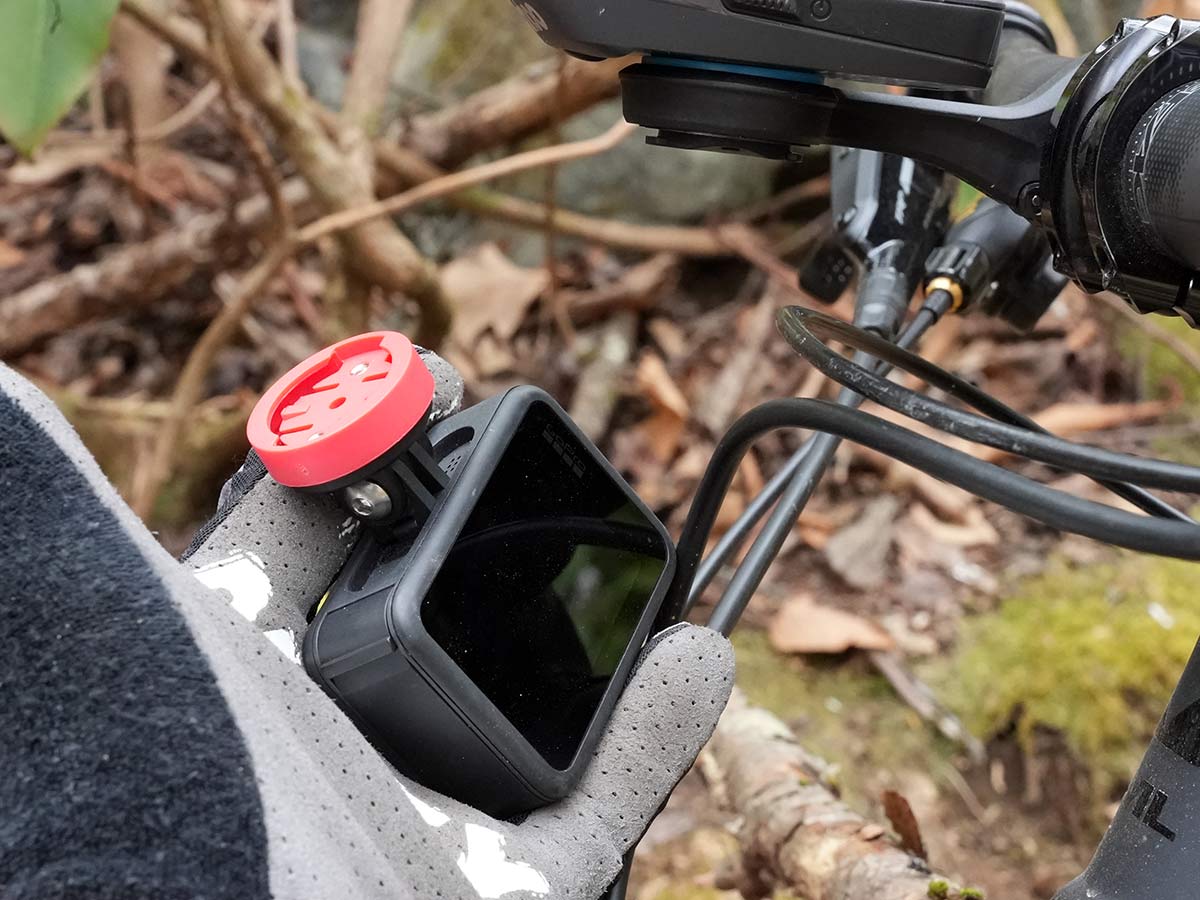 What’s the benefit? That depends on the shot you want…if we’re being honest, chest and helmet cams provide a bit better perspective for both riding and following someone. But with the latest action cameras offering incredibly good stabilization and wide angles, getting good follow-cam footage from the handlebar is entirely possible. 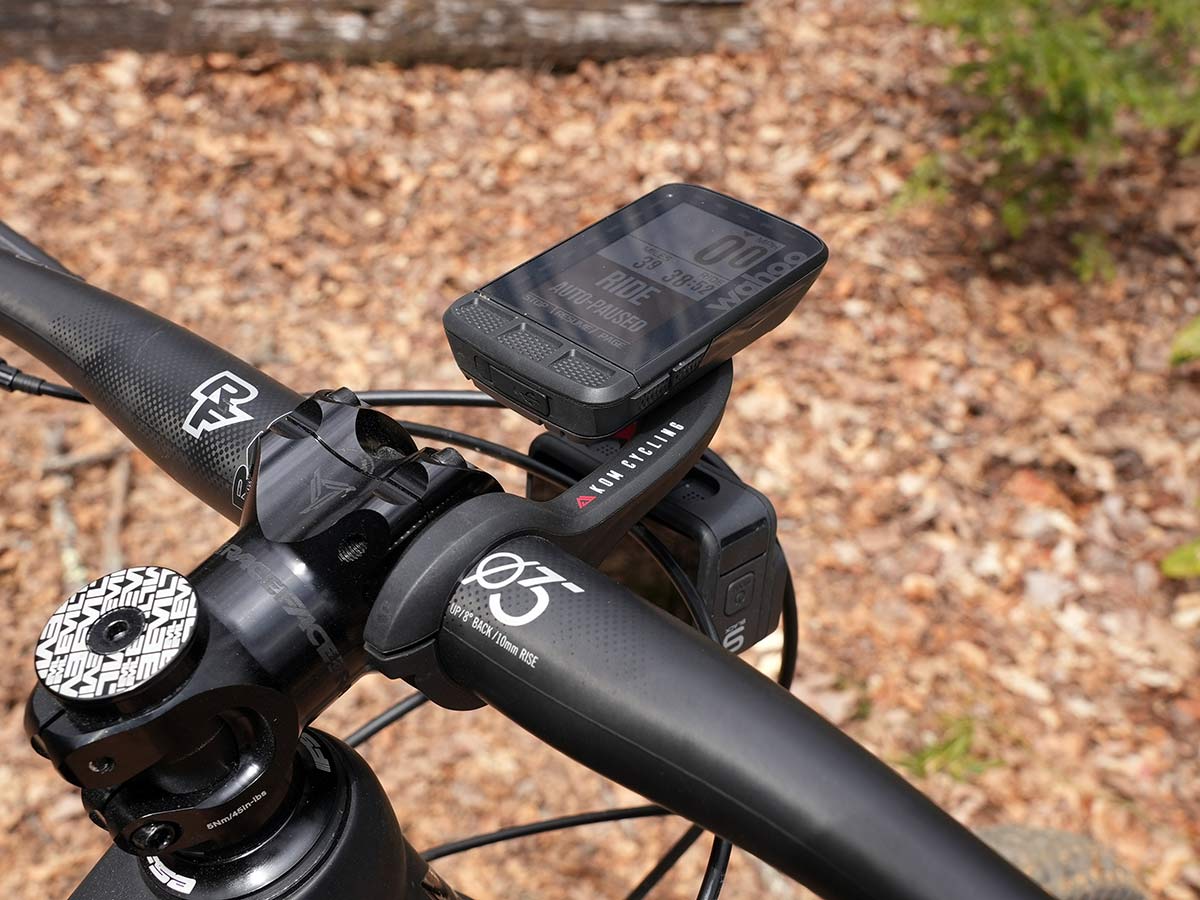 And sometimes, you only want to see the person you’re following…not your own cockpit or helmet visor. 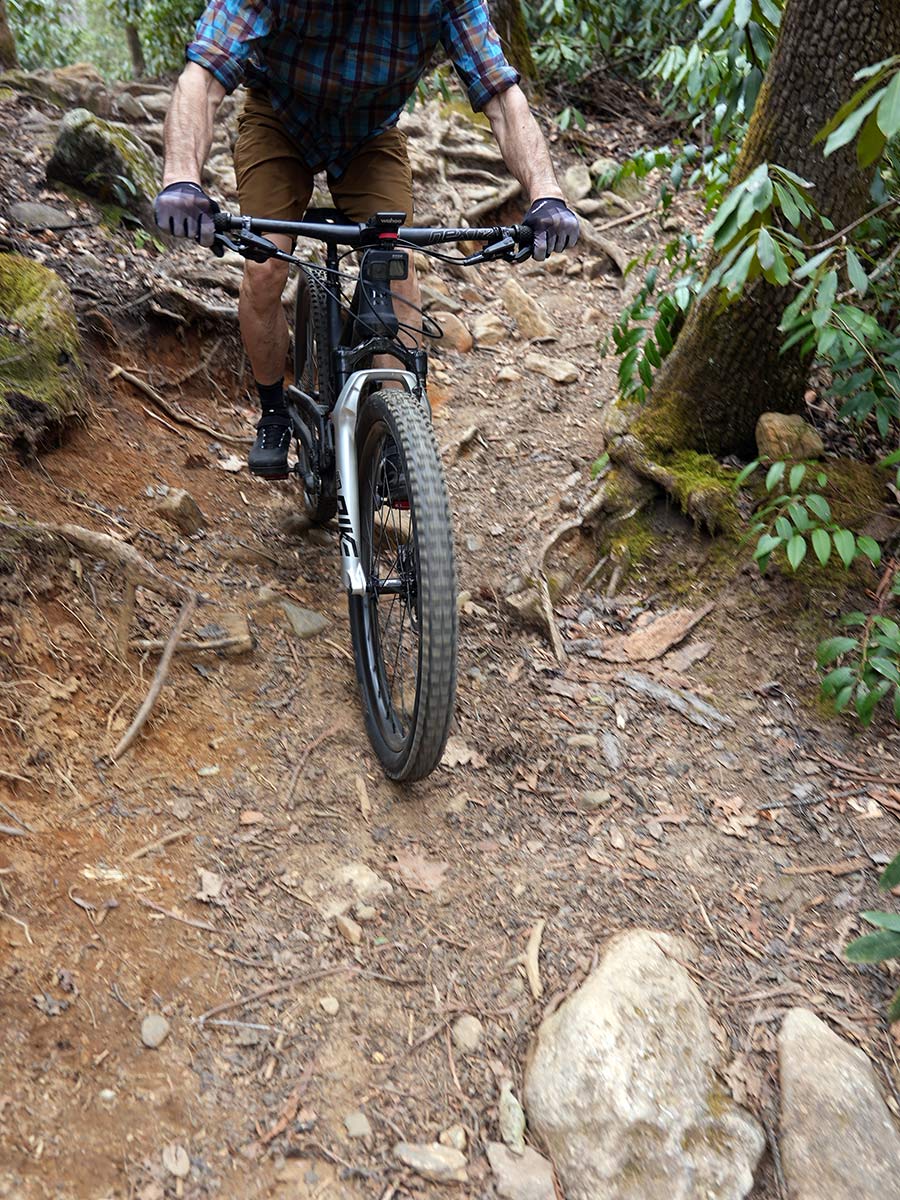 We tested on the root-and-rock-infested trails of Pisgah to ensure it would stay put, and it did. KOM’s quick-release GoPro mount held tight, and the footage turned out decent, too.

The main benefit we see for this type of mount isn’t mountain biking, though…it’s road racing or capturing your own ride footage as a safety backup against bad drivers. 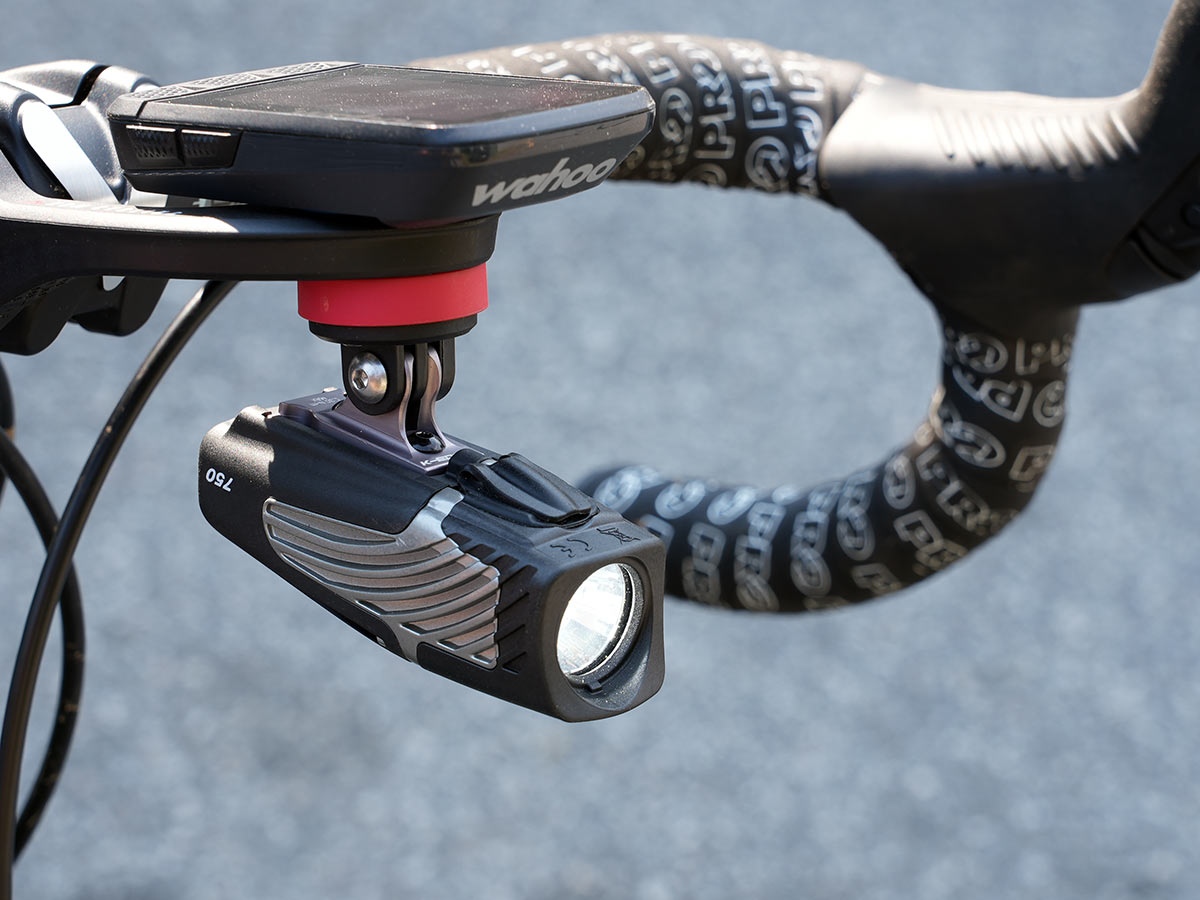 Or, take advantage of the GoPro-style mounting adapters offered for Niterider and Light & Motion lights and mount those…it will make removing the camera or light so quick and easy for charging that you’ll never want to mess with bolts again. 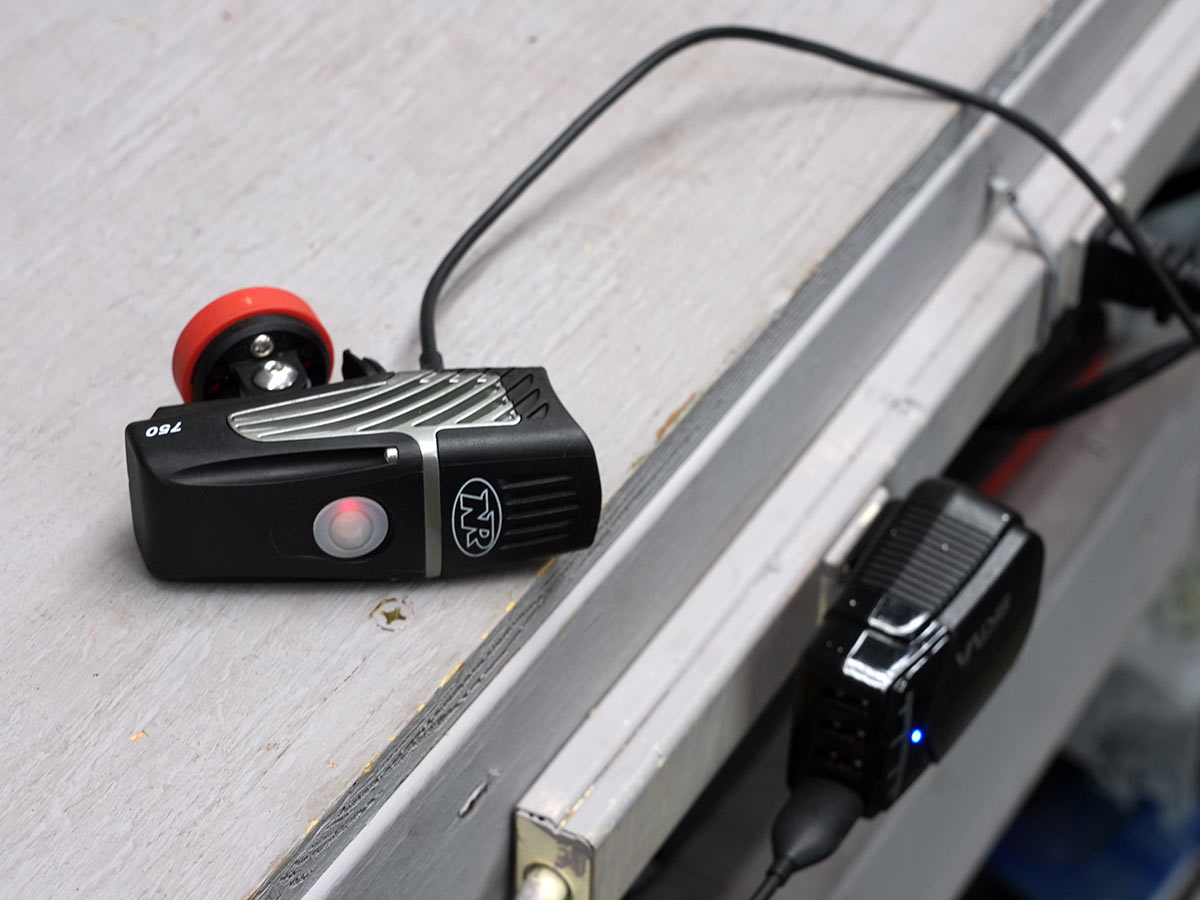 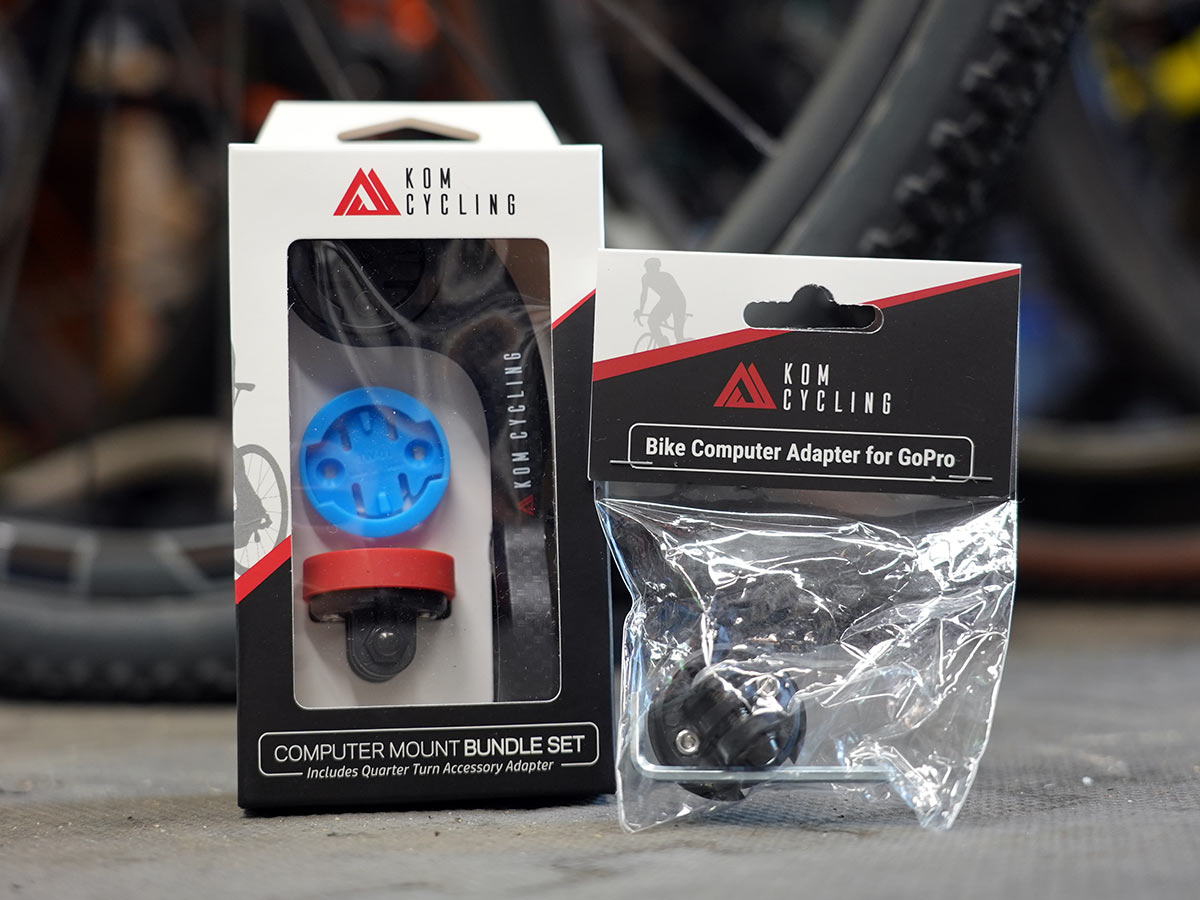 There’s actually two different GoPro mounts offered by KOM. The bundle tested and shown here is the CM06 computer mount, which is different than their other mounts in that it has the quarter-turn tabs built into the bottom of it. 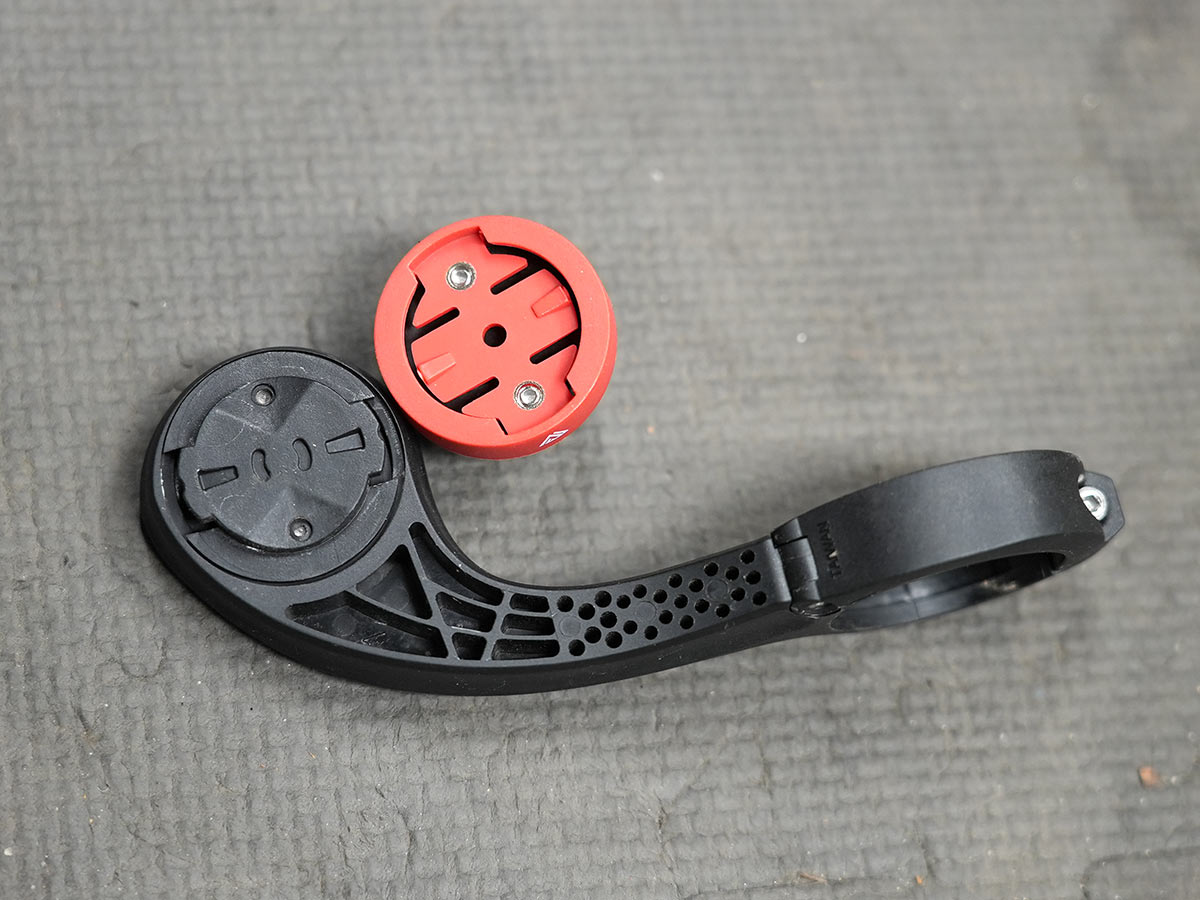 This lets you just twist the GoPro adapter directly onto it, but it means you’ll have to buy this computer mount as the bundle ($30-$35) because the adapter won’t work on their other mounts. If you want to add a computer mount to additional bikes, those are sold separately for $20-$25 depending on whether you want the black or “carbon print” finish. 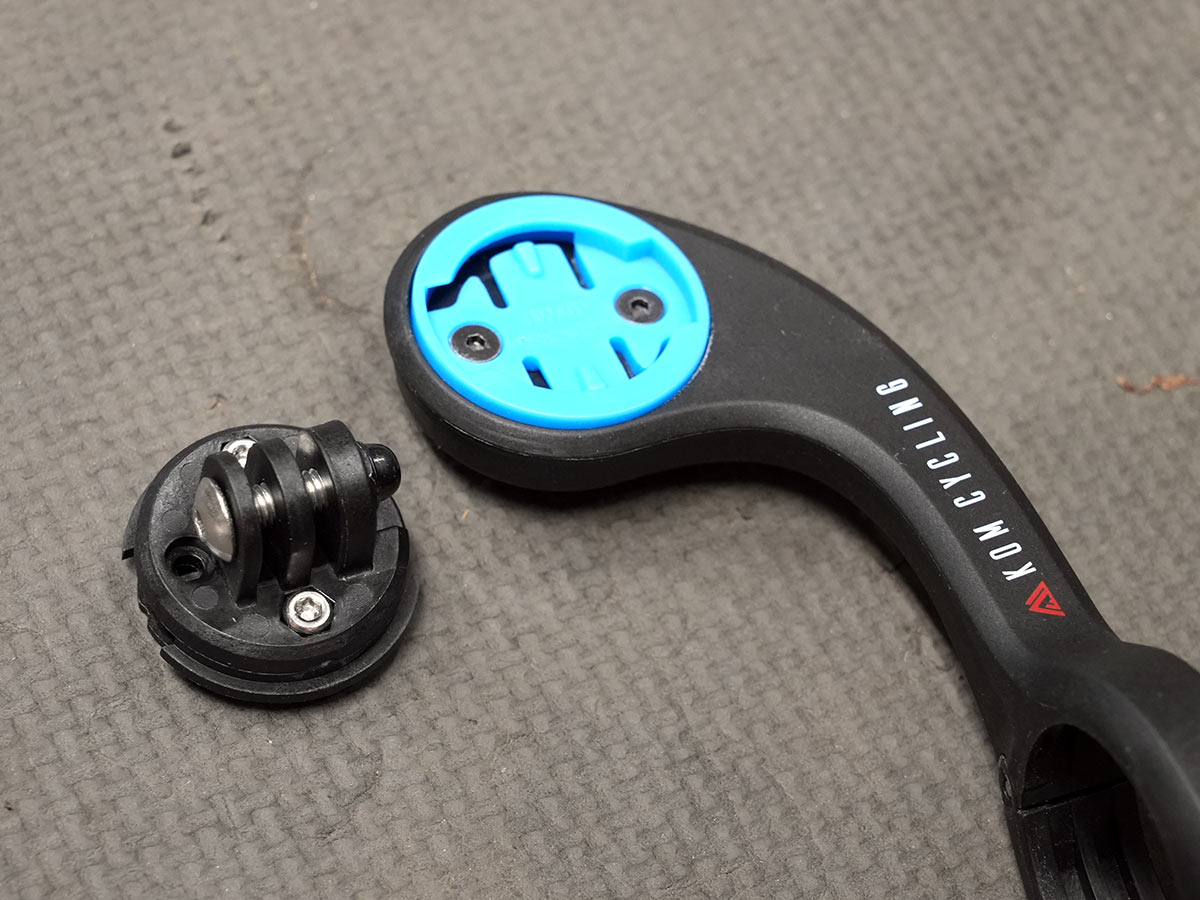 Or, you can grab their standalone Top Mount GoPro 1/4 turn adapter ($12) and stick your camera onto the top of any out-front computer mount with Garmin or Wahoo compatibility. If you’re trying to get that “selfie” footage or talk to the camera while riding, this makes it super easy.

This one also works with any compatible headlight, making it an easy way to add (and remove) a light if you’re not running a cycling computer.

KOM Cycling’s mounts are both affordable, and lightweight. Our Wahoo mount came in at just 43g, and both GoPro adapter mounts weighed just 14g each. Some of us have run their mounts for quite some time and they’ve proven reliable, so the added versatility of these new adapters makes them all the more useful.

Both the CM06 Bundle Kit or Top Mount Adapter are available on Amazon now.