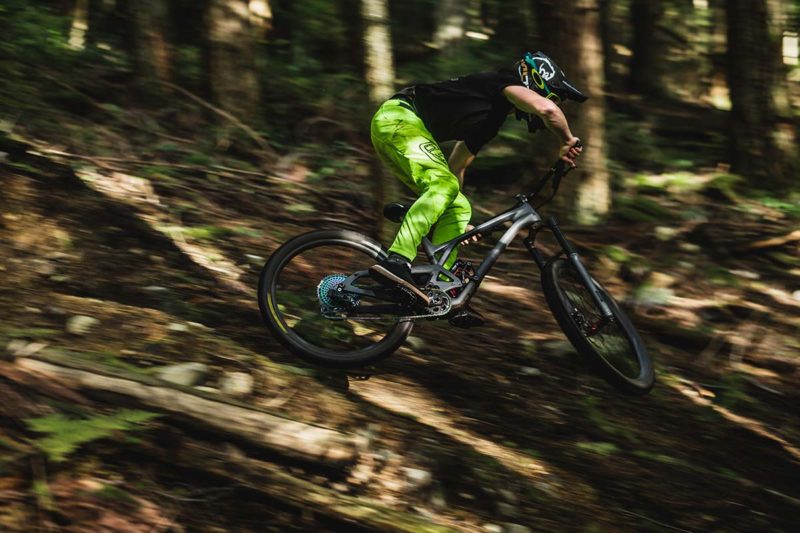 For 2021, Evil have launched not one but two Insurgent mountain bikes to choose from. With mullets popping up on many brand menus this year, it is no surprise to see the Evil Insurgent MX released beside the more recognizable 27.5″ Insurgent. The former is pitted for bike park and freeride, while the latter is the preferred weapon for slaying steep enduro trails. Here’s everything you need to know about the 2021 Evil Insurgent bikes. 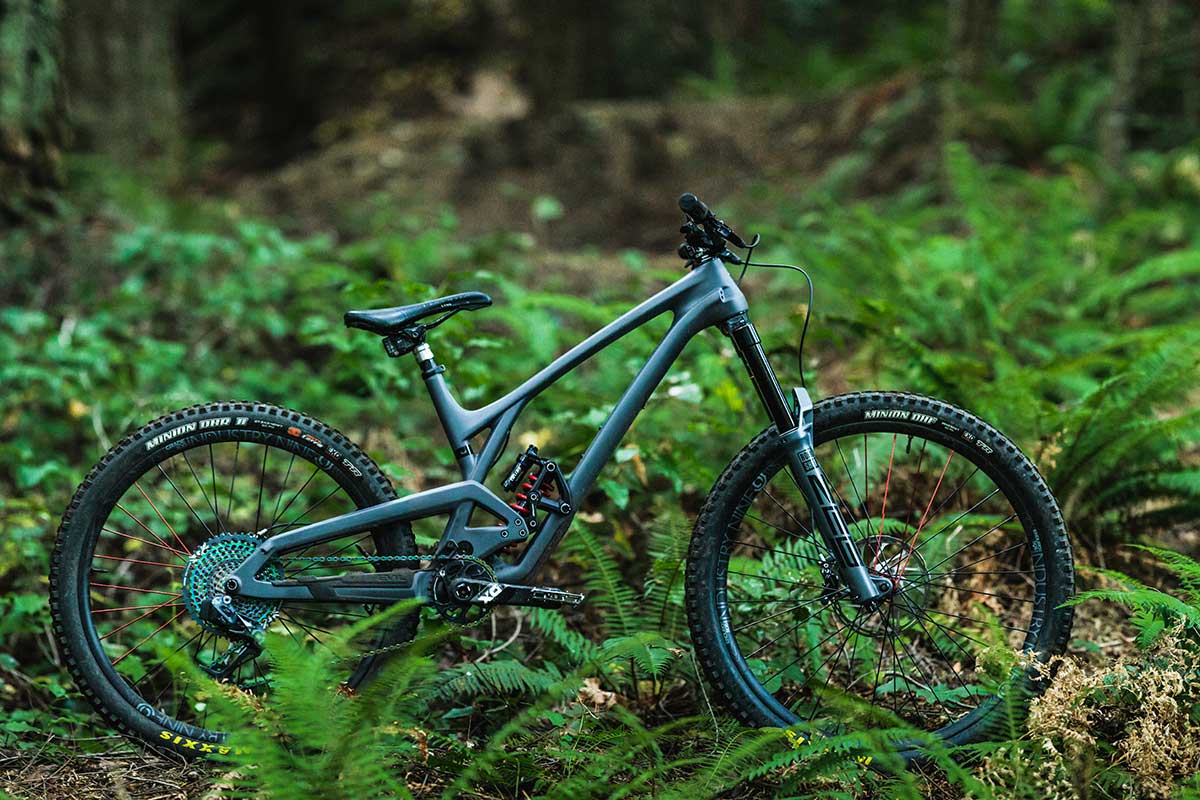 The 2021 Evil Insurgent gets a massive increase in rear wheel travel from 151mm to 168mm, true for both the 27.5″ and MX option. That’s still delivered by Evil’s easily-recognizable Delta suspension platform, though the swingarm is now wider, stiffer, and can accommodate wider tires with the upgrade to Super Boost. Let’s dive into the numbers. 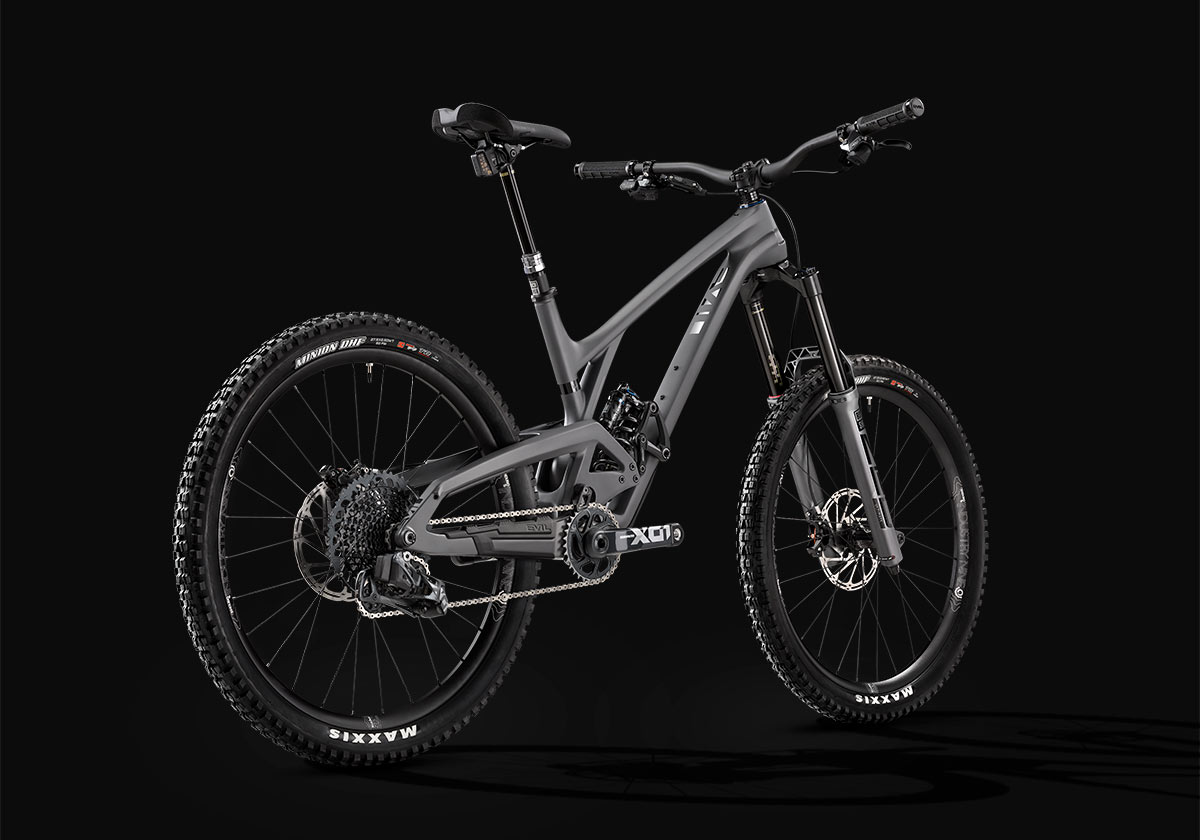 This is how the Insurgent began its life on the trails, as a 27.5″ bike that was clearly far more about having fun than it was about winning enduro races. Evil is keeping it in the lineup with 168mm rear wheel travel paired with a 180mm fork. They present it as the best option for bike park shredders and those with freeride ambitions.

Not only does it see a huge travel upgrade, the geometry is overhauled too. And, as with most single-crown full suspension bikes on the market today, geometry is adjustable via a flip-chip. Altering geometry requires the removal of the upper and lower bone link bolts and then removal of three flip-chip bolts, replacing them at 180° relative to their former orientation. 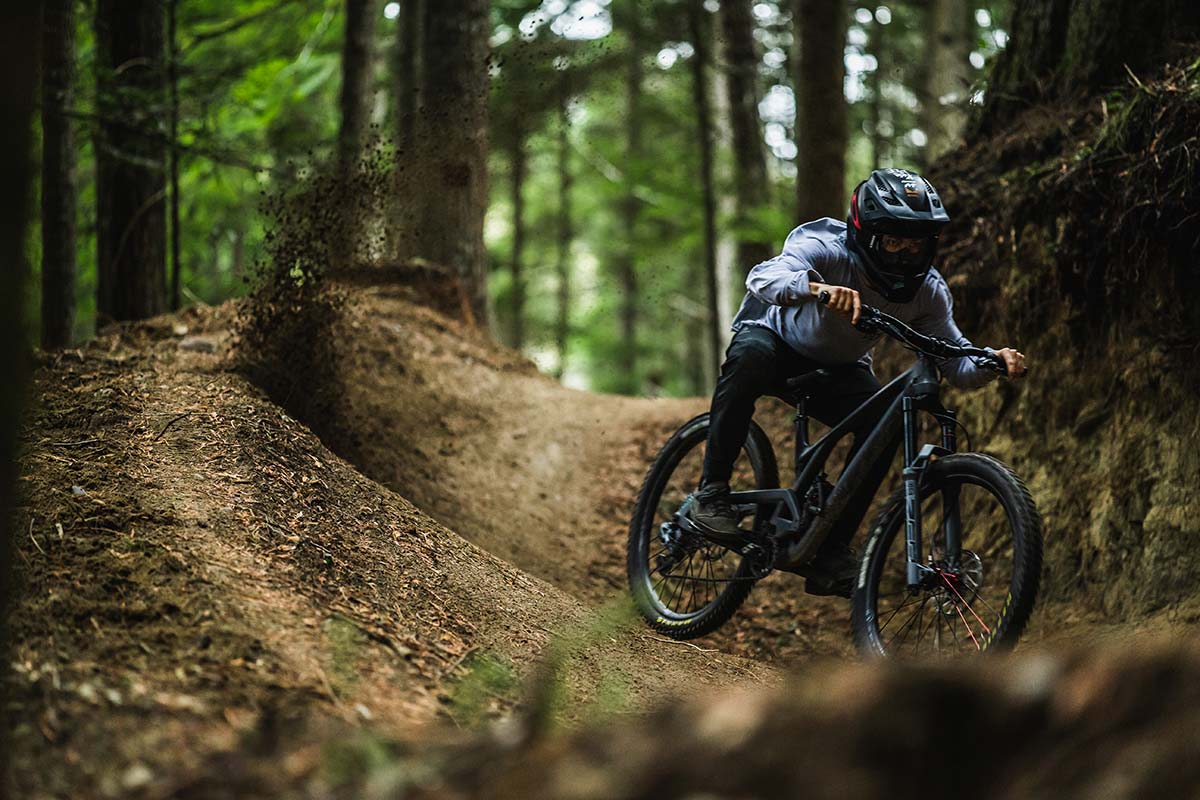 Notably, in comparison with the V1 Insurgent of 2017, the seat tube angle virtually sits bolt upright. It’s moved from a laid-back 74.4° straight to 78.2°. This should make the joy of pedaling a 168mm travel bike up hills a lot more joyful.

The head angle is slacker, too. In the low position, it sits at 65.3°, slackening off to 64.7° in the extra low position. The new Insurgent frames come with a Works Components 1° ZS44/ZS62 Integrated Angle Headset, increasing scope for further geometry adjustments. 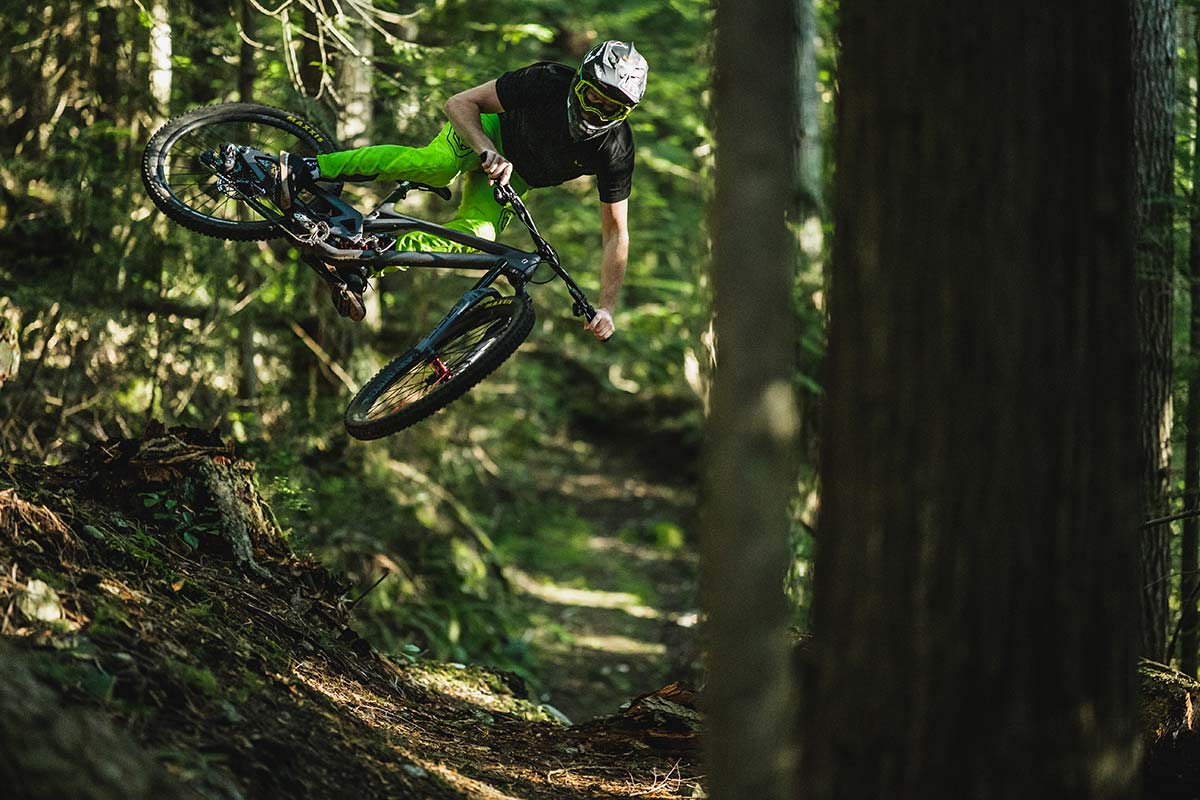 Changing the orientation of the flip-chip affects the seat tube angle too, dropping it to 77.5°. It also affects the bottom bracket height, reducing it by 8mm, reach,es and (less so) the effective rear centre length.

While most brands are increasing reach figures by 5-10mm, Evil have been a little more ambitious in stretching out the Insurgent. For context; the 2017 Insurgent XL frame had a reach of 468mm. Now, in 2021, the medium frame has a longer reach than that, coming in at 473mm. That puts reach for the XL frame at a whopping 512mm in the low geometry position, and 506mm in the extra low position. 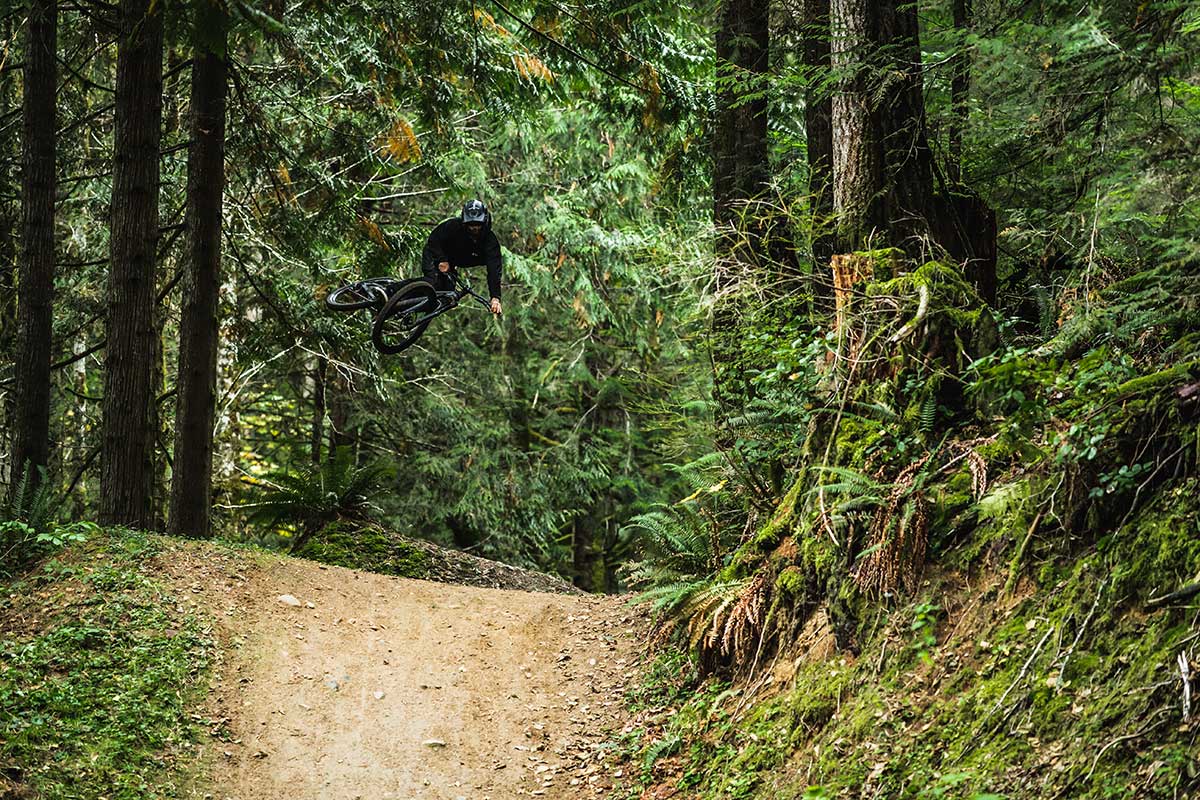 Though the stock bikes come with single crown forks only, Evil do approve use of 180mm+ travel dual-crown forks too

As you might imagine, the 2021 Evil Insurgent is significantly longer than the original, thanks to that slacker head angle and longer reach, though they’ve kept chainstays short at 430mm. The wheelbase of a medium frame is now 1233mm, an increase of 55mm. While a longer bike will be a good thing for most, the changes may well leave shorter riders behind. The original small Insurgent serviced riders down to 5′ 3″, but the new reach of 449mm will surely be a stretch for them. That said, the MX version may offer an alternative. 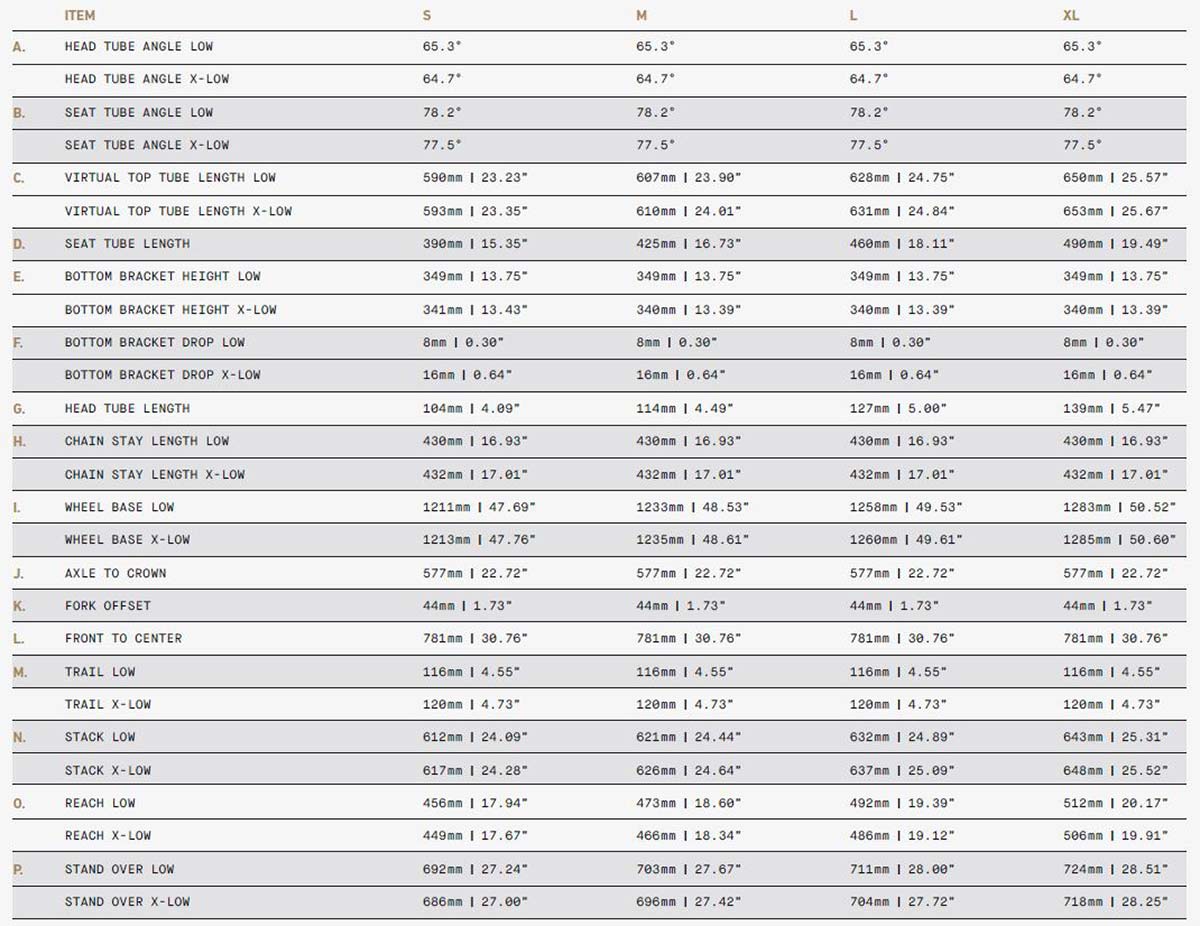 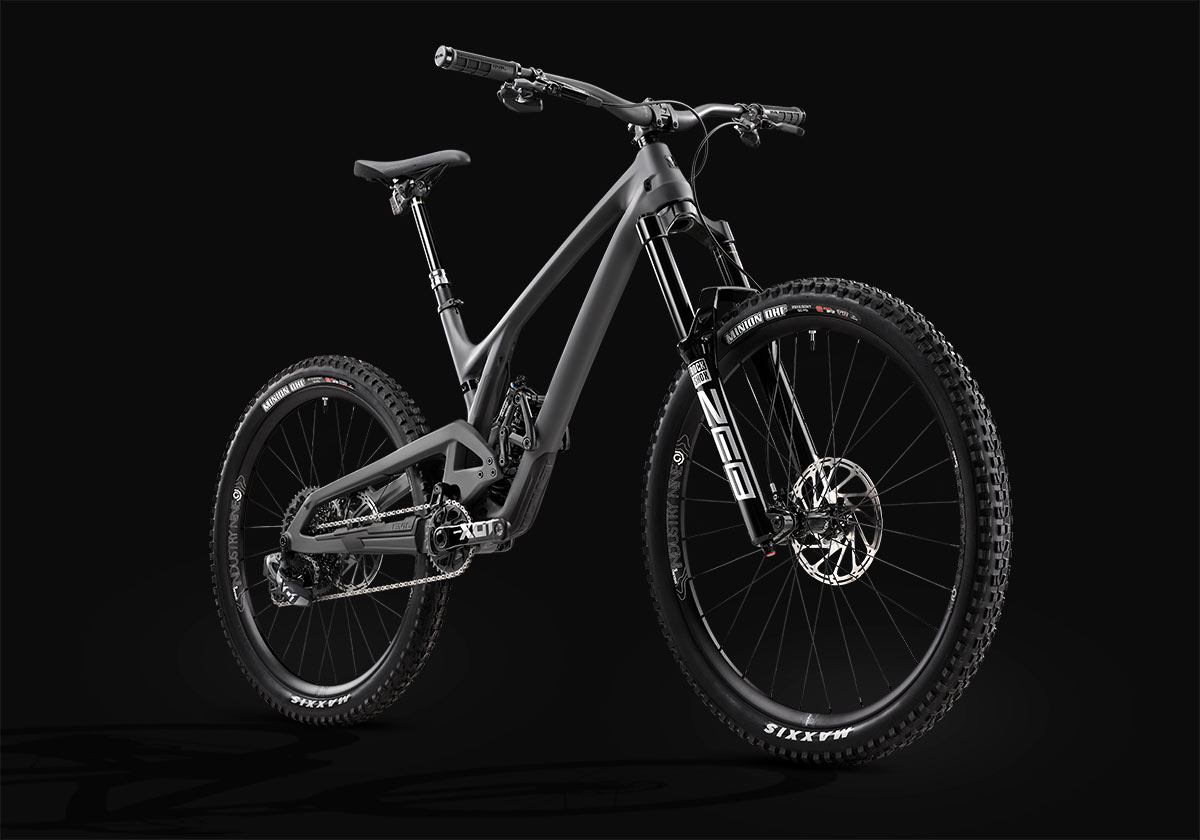 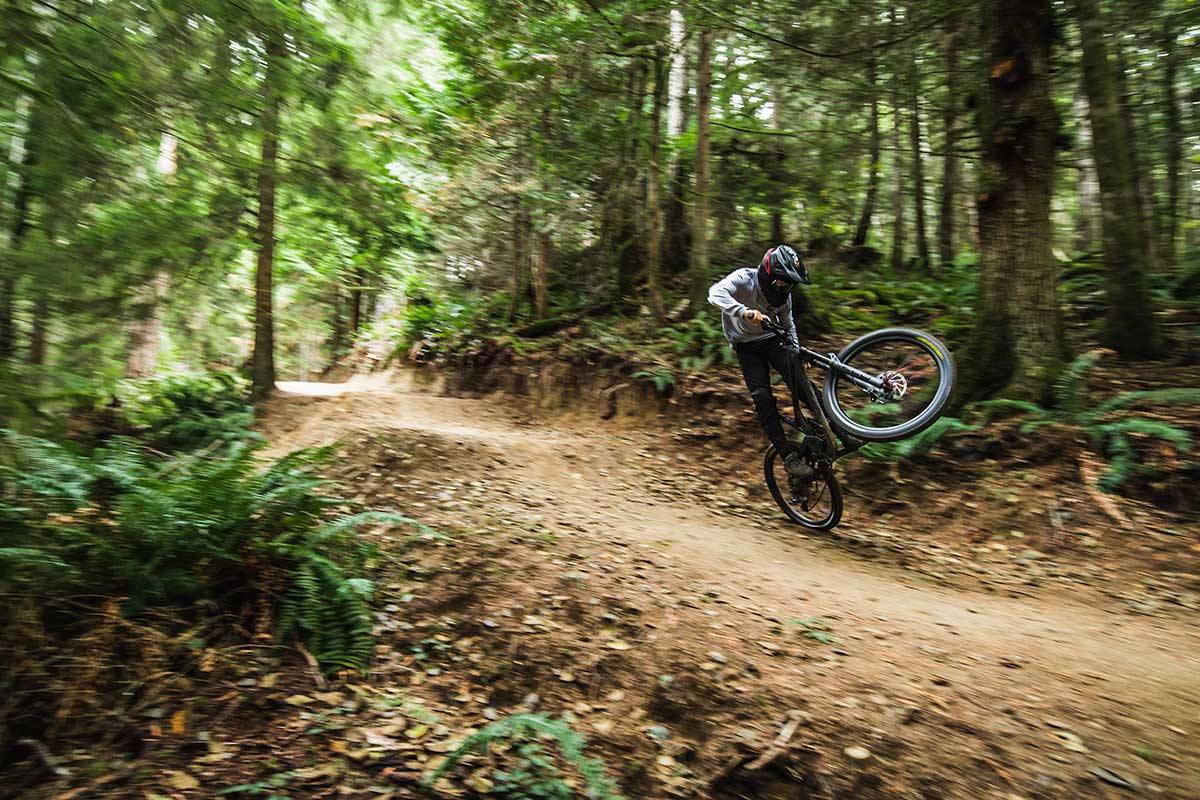 The seat angle sees a similar change, sitting at 76.9° in the low position. Of course, the bottom bracket sits higher, too, at 358mm. Reach figures span a 443mm to 500mm across the S-XL frame size range, making this the better option for riders at the shorter end of the spectrum. 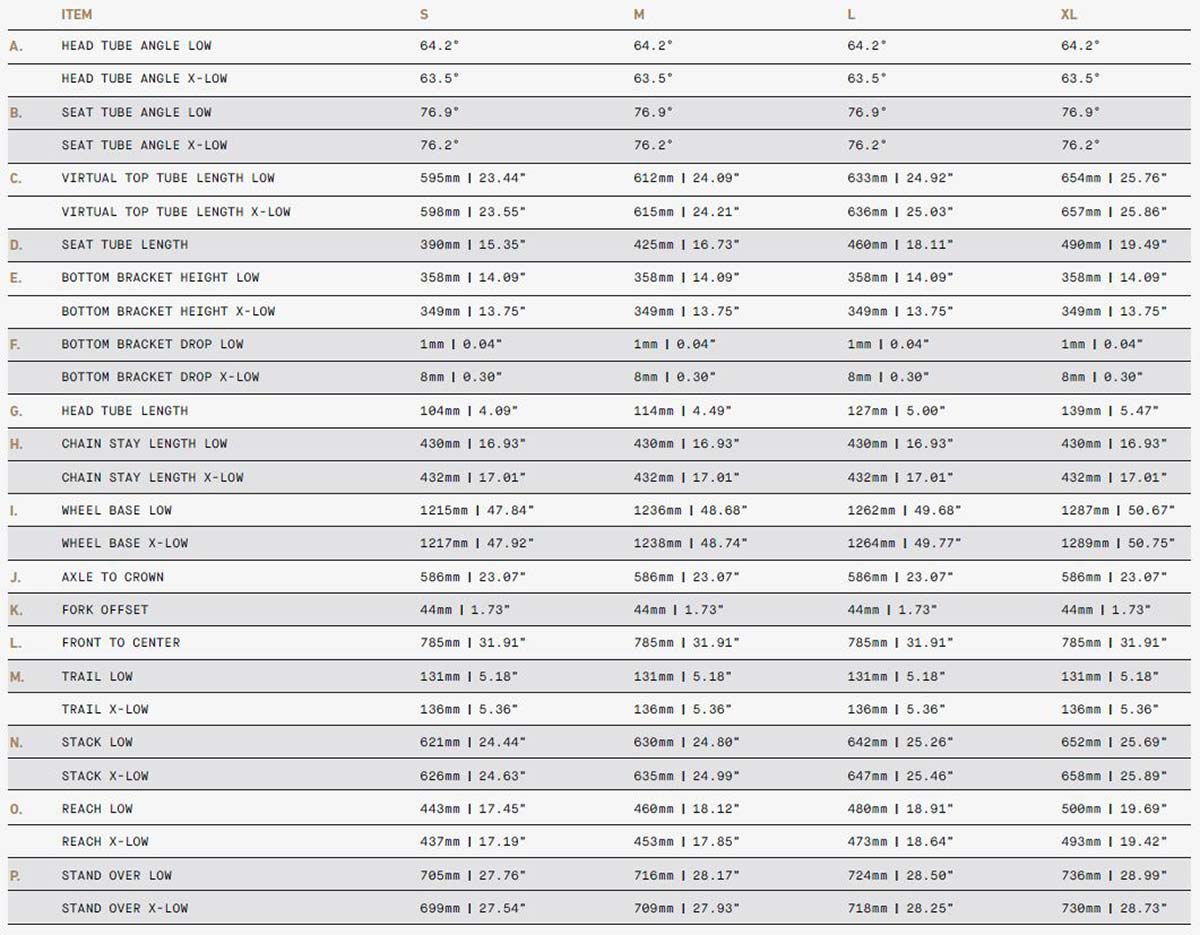 The Evil Insurgent gets Super Boost spacing for 2021, now permitting clearance for a 2.6″ wide tire on the 27.5″ rear wheel. This change has allowed Evil to widen the main pivot hardware, increasing stiffness and strength. 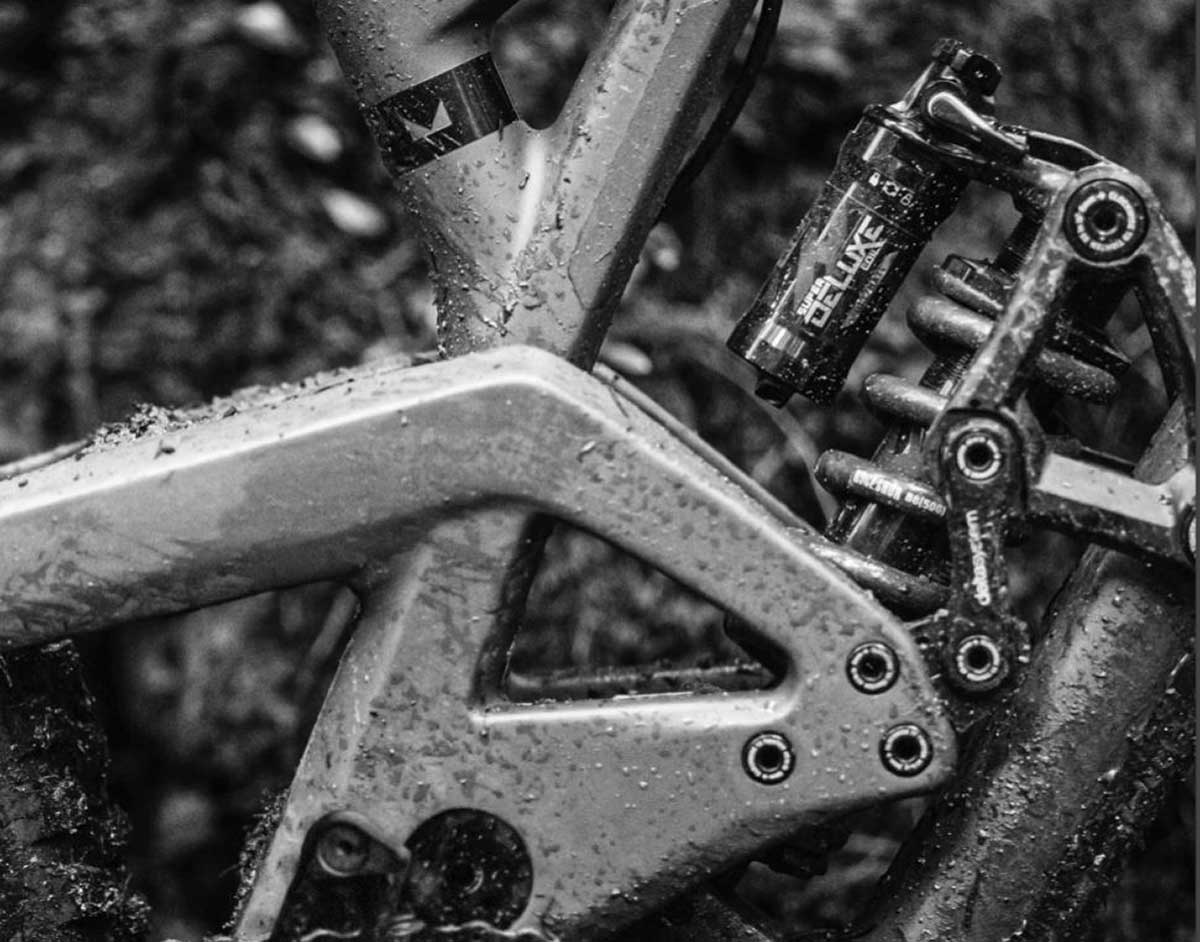 The Insurgent’s Delta System runs a Trunnion mount shock, meaning dual row angular contact bearings (instead of bushings) actuate the shock for what is said to be buttery smooth suspension.

The carbon frame makes use of a threaded bottom bracket. Above the chainring sits an integrated chain guide, adjustable for 30T-36T chain rings. It features built-in silencing rubber to keep it quiet on the trail. Cable routing is internal and fully guided throughout. Lastly, the Insurgent frame is finished off with molded rubber downtube and driveside swingarm protectors.

The 2021 Evil Insurgent is available frame only from $3,190 USD with a RockShox Super Deluxe Ultimate Coil shock, though you can spend more by upgrading to a FOX X2 or Push ELEVENSIX.

For full details on pricing and availability, head to the Evil Bikes website.