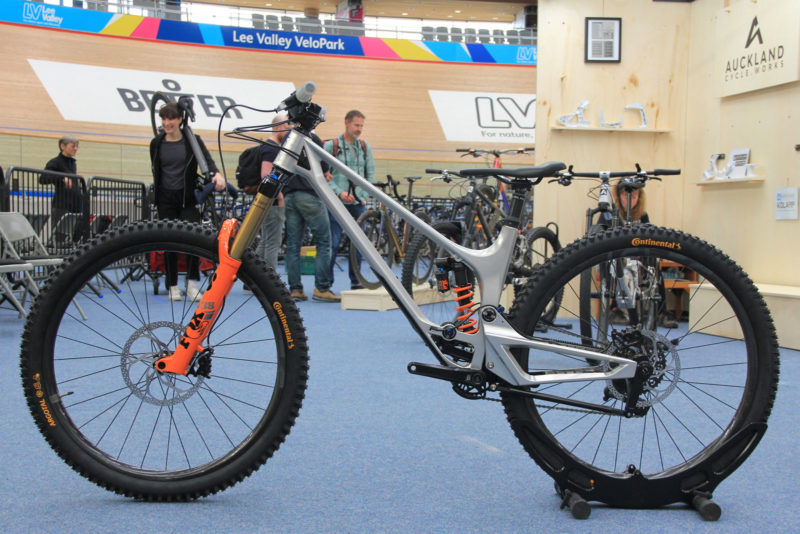 Simon Metzner of Actofive is showing his latest CNC machined creation at Bespoked 2022; the P-Train 165. It is the German brand’s long-travel bike built specifically for enduro racing. It features the same high-pivot linkage as the P-Train 145, thus delivering a rearward axle path that necessitates the use of an idler pulley, but the new bike benefits from the addition of a floating brake arm that helps to isolate suspension movement from rear wheel braking forces. 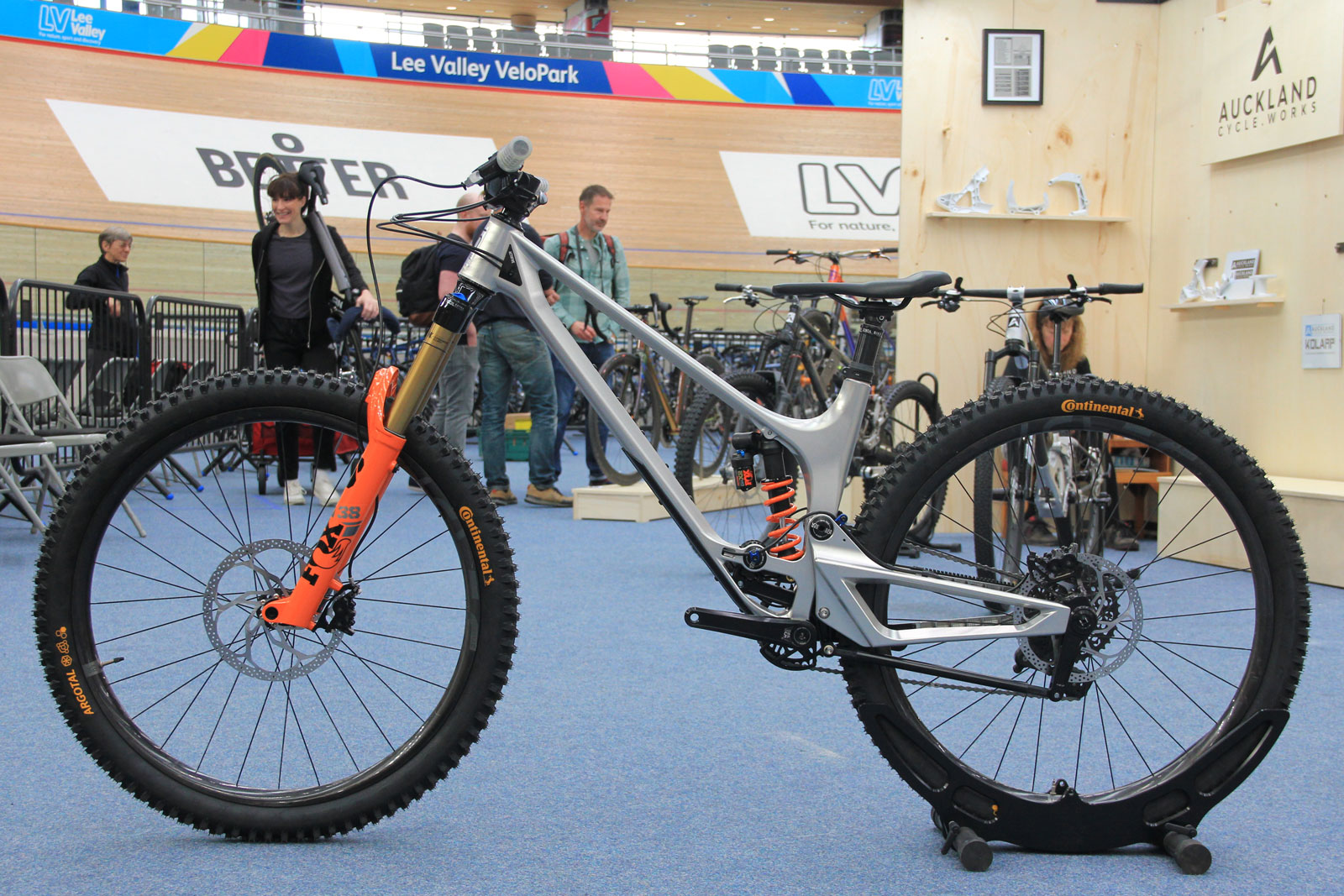 The latest Actofive P-Train is a modular platform that can run 145mm, 155mm, 165mm or 175mm rear wheel travel, dependent on the combination of link and shock. It replaces the original P-Train that was limited to just 135mm or 145mm travel, beefing up to meet the demands of EWS Racing.

High-pivot bikes and their rearward axle paths deliver an incredibly stable ride feel, but they do necessitate some additional hardware to manage the growing rear-center length. The idler pulley routes the chain closer to the main pivot to deal with chain growth and its undesirable consequence, pedal kickback. On the new P-Train Enduro Bike shown at Bespoked, there are two possible positions for that idler pulley. 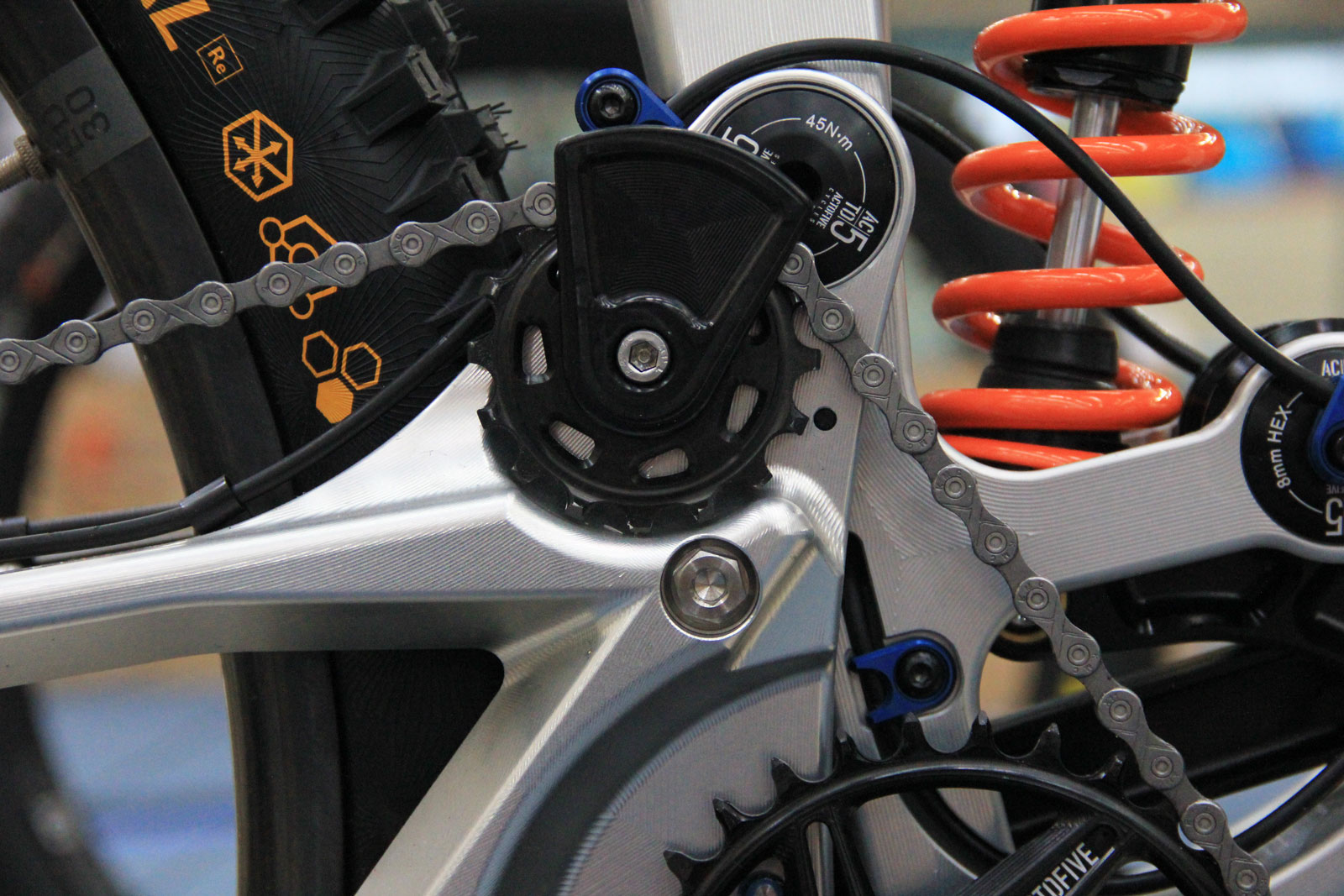 Shown here in the lower of the two positions, the idler is located in the better position for pedaling. The higher position, that puts the chain closer to the main pivot, is better for descending as it reduces pedal kickback further. 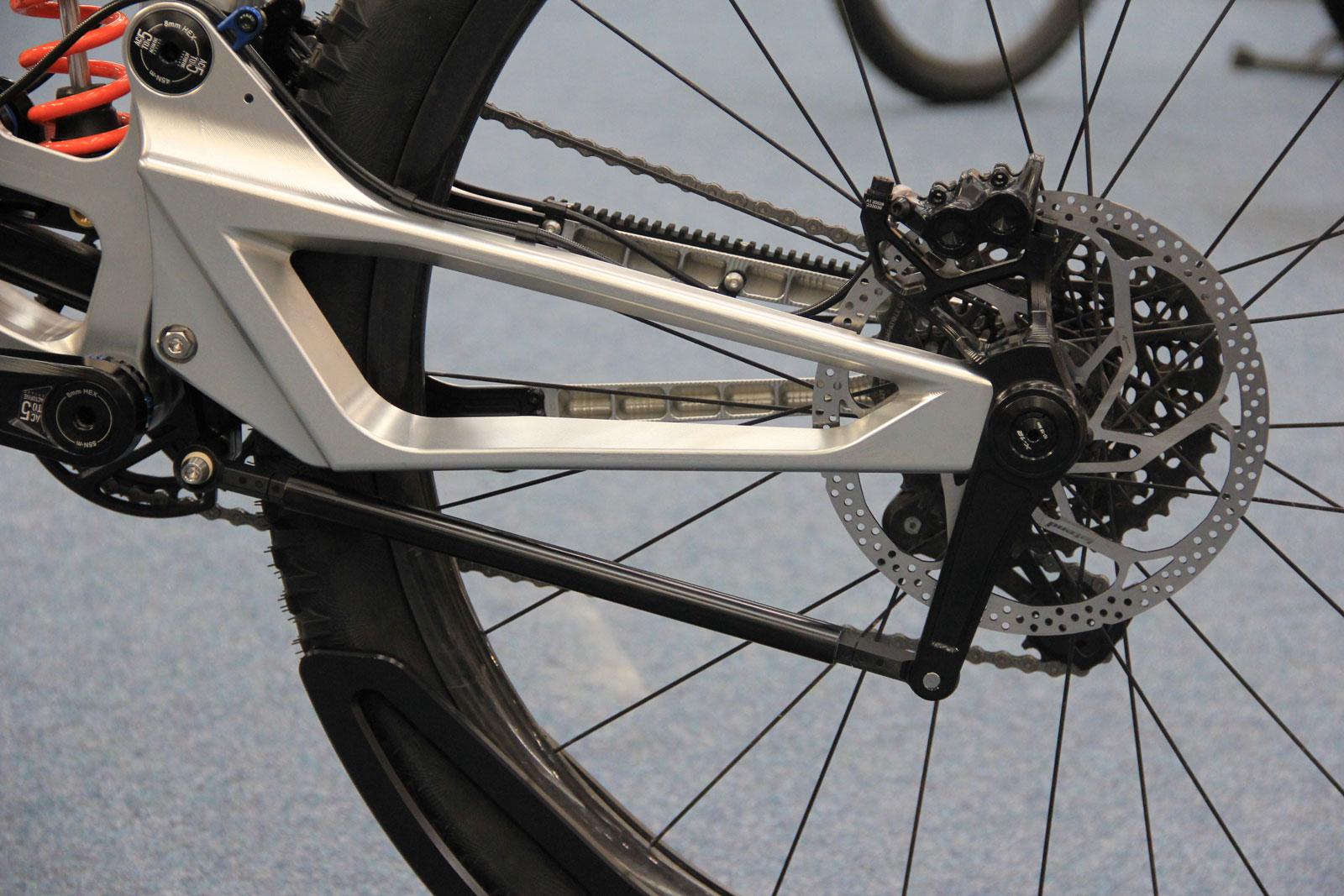 Vojtěch Bláha is Actofive’s EWS Racer, and his feedback proved useful to designer, Simon Metzner, in the development of the new longer-travel platform. He commented that the P-Train’s suspension had a tendency to stiffen up under braking, something that is simply a consequence of the anti-rise characteristics of the linkage design. Thus, a key update to the P-Train is the addition of a floating brake arm, or the Brake Torque Support, as Actofive call it.

The arm extends from the rotating link to the dropouts, with an outboard bearing allowing the brake mount to pivot about the rear axle. This isolates some of the braking forces from suspension movement. Its subtle, but in the above video you can angle between the brake mount and the swingarm getting larger as Simon pushes the P-Train 165 through the initial 50% of its rear wheel travel. 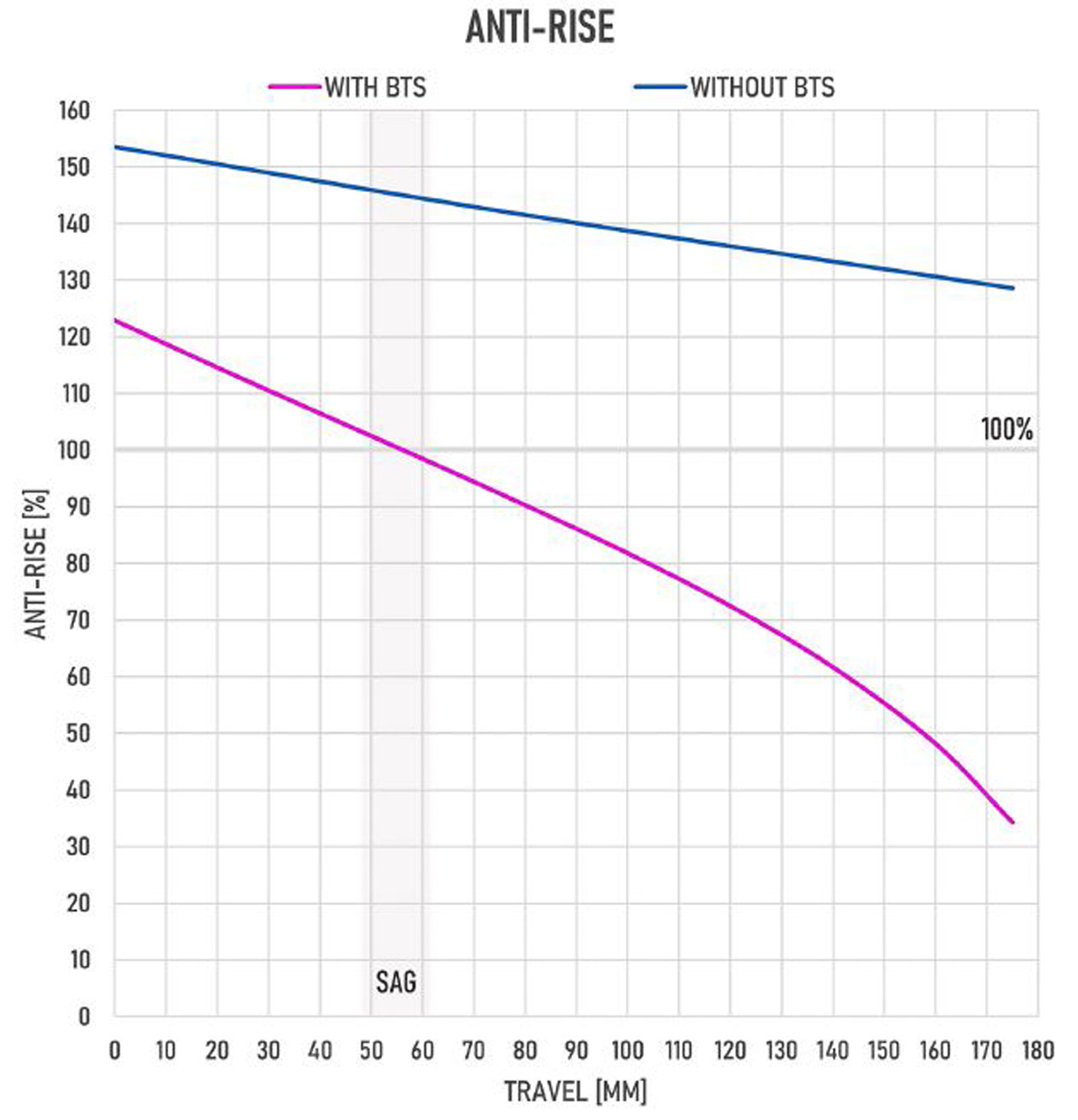 The above graph shows how the presence of the Braking Torque Support affects the anti-rise properties of the P-Train’s suspension platform. 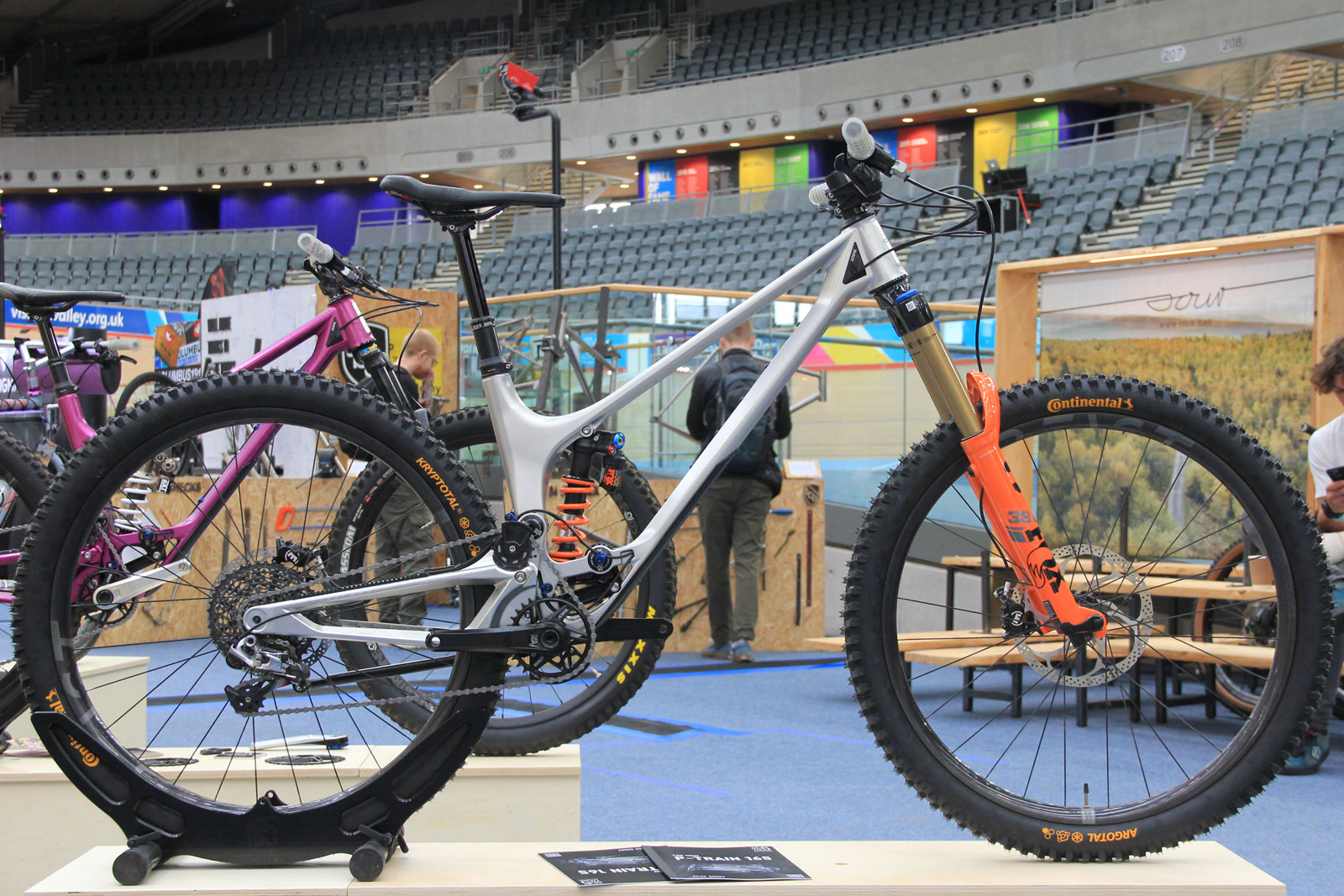 A 210mm x 55mm shock delivers 145mm or 155mm of rear wheel travel, while the 230mm x 65mm shock bumps travel up to a possible 165mm or 175mm. The frame is designed to run a fork between 160mm and 190mm travel. The P-Train 165 can be set up as a complete 29er, or with a mixed-wheel configuration. Geometry is adjustable to account for the change in bottom bracket height. Head angle is adjustable too with the use of a 1° angleset; the slackest configuration delivers a 63° head angle. 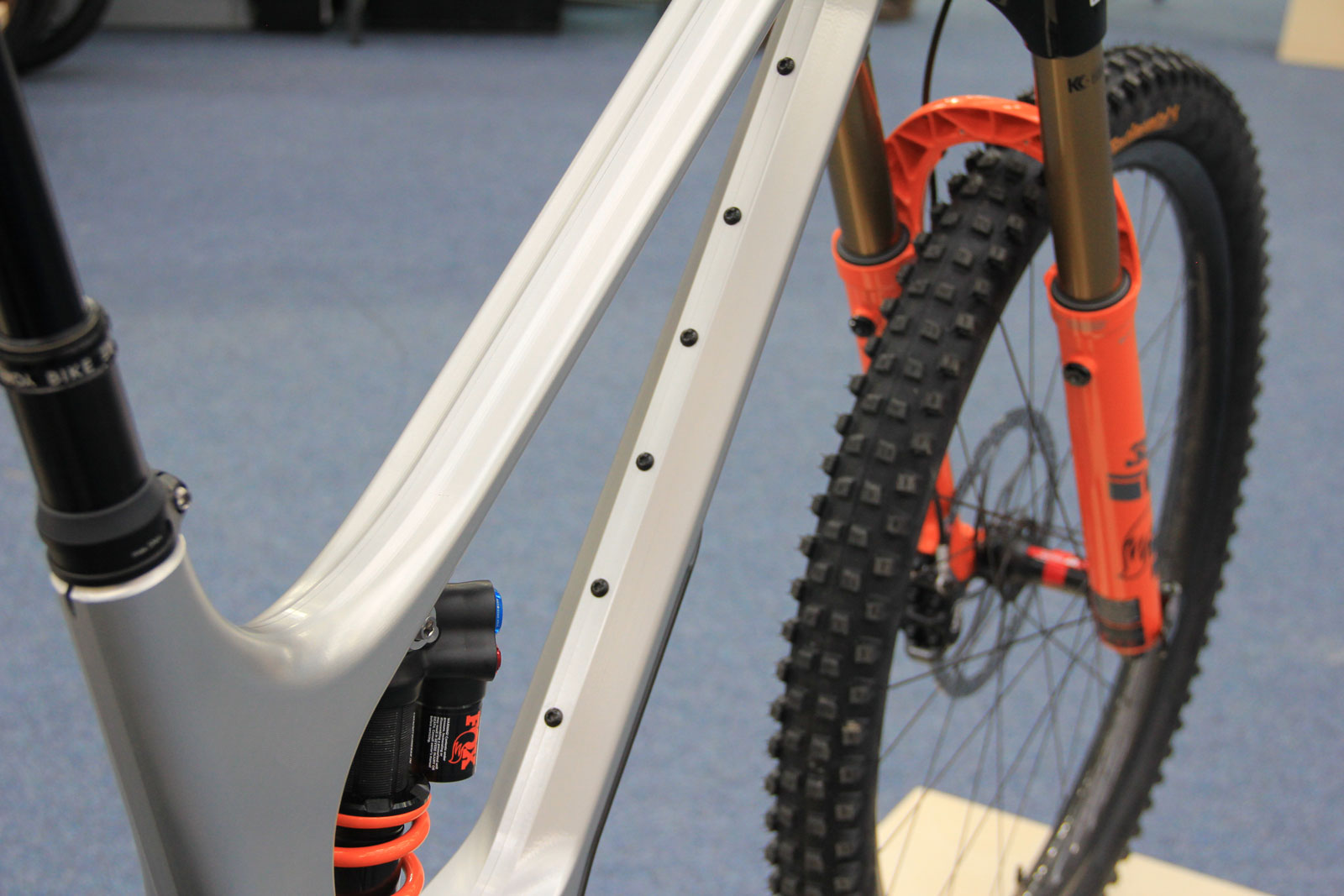 The Actofive P-Train 165 is composed of two thin walled CNC machined halves of 7075 Aluminum, bonded together with a special adhesive 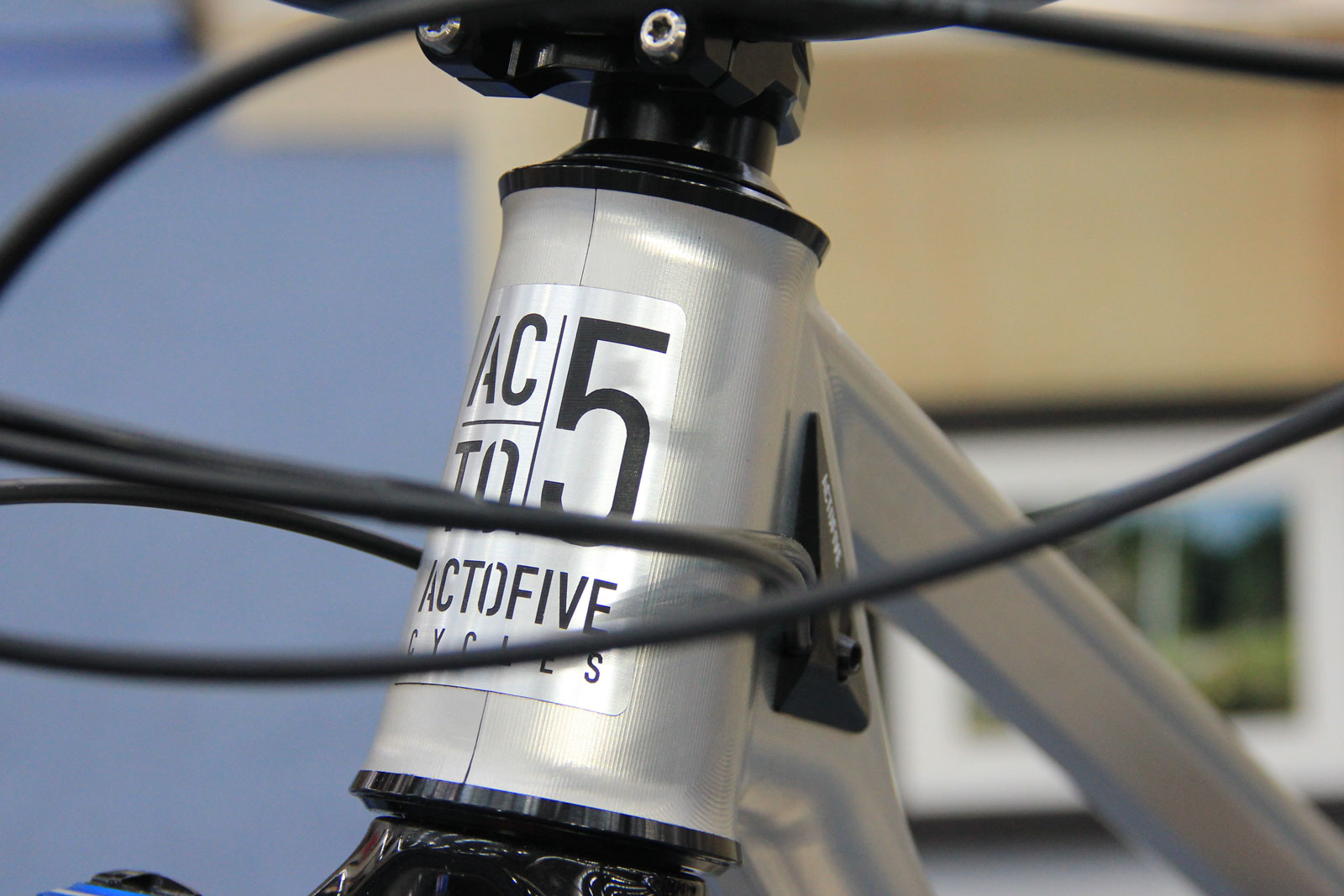 Cable routing is internal, but there is the option to run it externally along the downtube thanks to the multitude of bosses 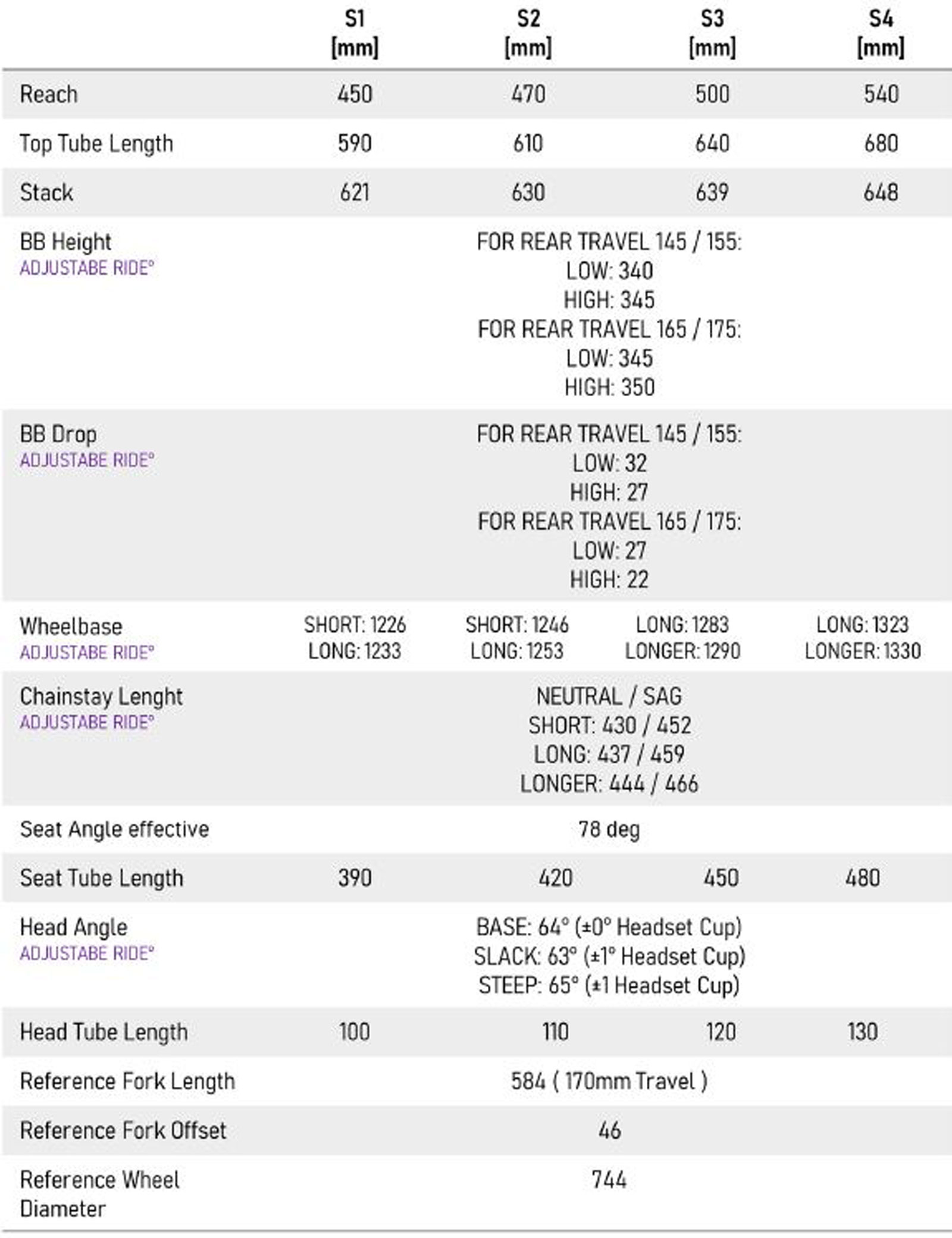 Also on display was Actofive’s CNC Machined Hollow crankset that weighs a claimed 515g. Check out Cory’s detailed coverage of the crankset here. 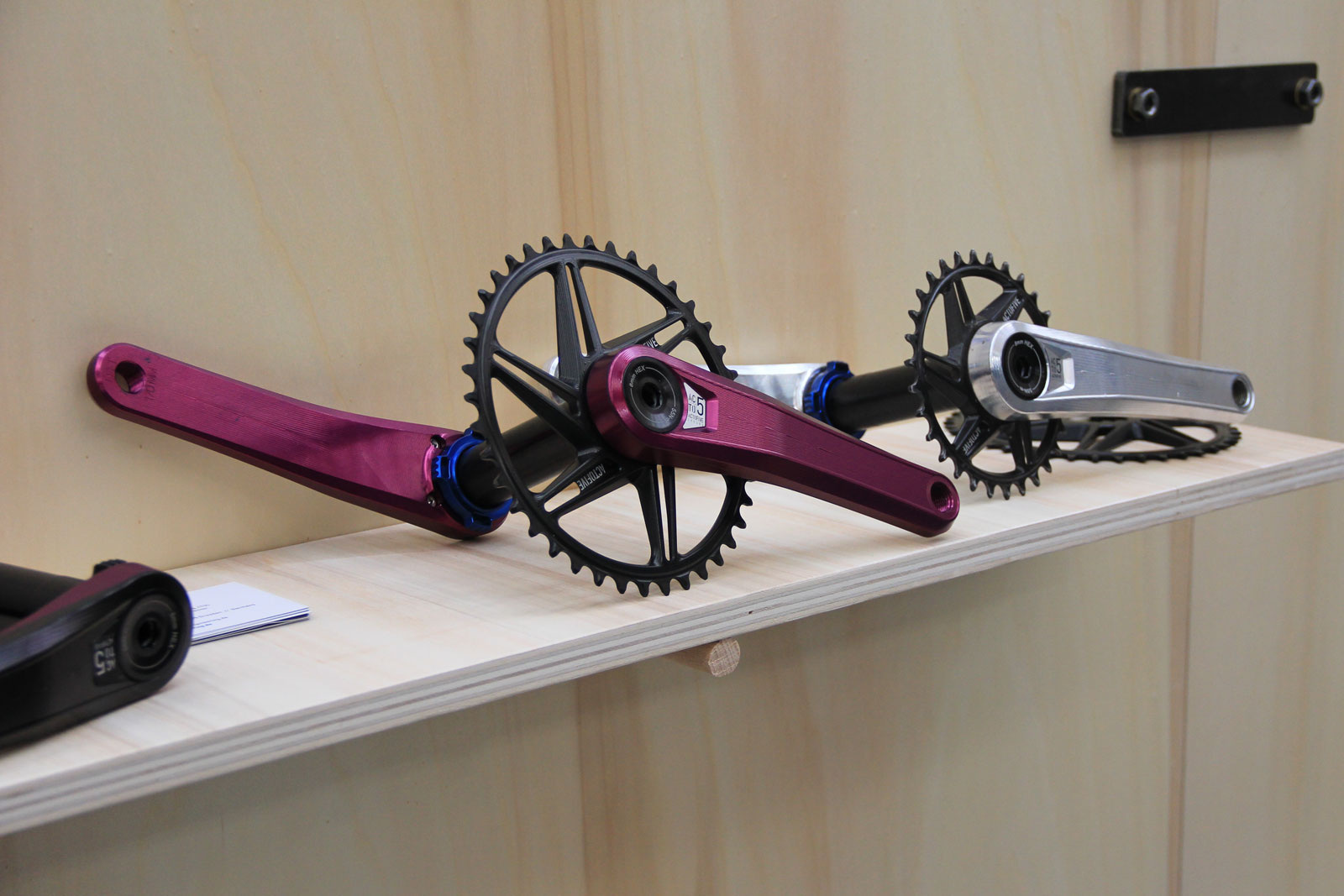 That’s a marvel of a machine! I love the adjustability of this bike . It can be firstly dialed for the riders preference. But it also can be dialed for track to track as raced on the World Cup circuit . Adding the floating break is a cool old school trick I haven’t seen since the long travel single pivot days .
This bike is absolutely beautiful in its design and quality.

The future is bright!

Wow such a cool machine. I’ve always wondered why floating brake systems like this mostly went away. Seems like a really smart idea. Maybe folks decided the benefits were not worth the extra weight, cost, and complexity.