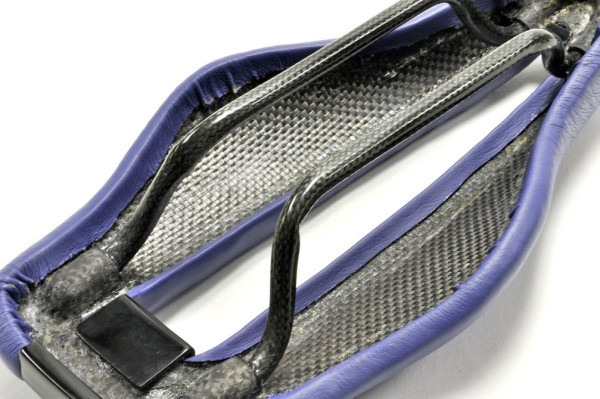 After testing Dash Cycle’s Strike 9 unique noseless full carbon saddle about two years ago, I rode away impressed with the comfort and amazing 111g weight. It was one of their standard offerings, which is to say it’s basically full custom. And extremely expensive. Retail was $465, but it was hand made and one of a kind.

Now, Dash Cycles is kicking off a crowd funding campaign to turn the Strike’s radical design into a production-level offering.

The key difference between these models and their more expensive custom counterparts is the use of premade parts so they can be made in batches. Of course, all of those parts are still made in Dash’s Denver, Colorado, factory, and the saddles are still lighter than most…

The Strike is more of a road bike saddle, offering a wider base to support the hips as you roll back into a more upright position on the top of the handlebars. Think climbing or endurance riding. The Stage is more of a TT saddle without that support, making it better suited to being in the aero tuck.

The Strike comes in at 175g, a couple ounces heavier than the custom ones, but retail price will be $229 and come in black. These are prototypes shown here with the blue-ish cover. Underneath the leather is a multi density padding for a bit of comfort. It measures 250x135mm and uses 7mm round carbon-and-kevlar rails. Rider weight limit is 95kg (209lb).

The Stage’s narrower profile gets a slightly deeper nose section. It, too, uses the same round rails and has the same basic specs but measures 245x115mm. Both are designed so you sit on the front half of the saddle, there’s no real “nose” to speak of. The extra length in the back is to help it meet UCI regulations and give it enough room to run standard length rails, offering 75mm-90mm of clampable length depending on model. 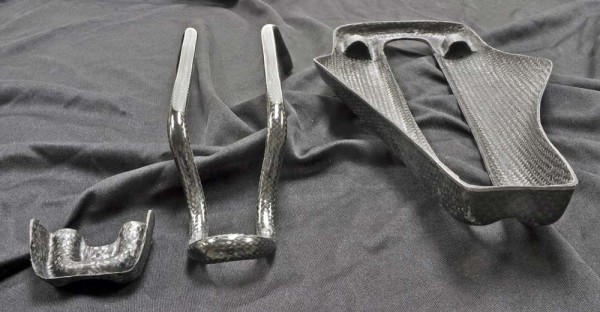 The original saddles are made as one piece, allowing them to customize the fit, rail position and more to your liking. These “stock” versions are multi-piece designs and will all be identical.

Check out the IndieGoGo campaign and nab one for as little as $190, or $200 if you want it delivered by year’s end.

I have become addicted to adamo breakaway saddle. It’s quite similar to the strike, but it looka like the strike has less room to move fore and aft and a longer tail that won’t get used. Been through 24,000 pain free miles in two years on two adamos. The attack was too narrow. If you ride long ride and races you need that wide section to sit up. This style is the future of saddles though, Even the old school italian brands are going that direction.

Pit, only for Tri and TTs. They’re still not common at all on road bikes

That saddle looks good from a distance, but after sitting on the fence, yet still looks repulsive.

+1 for Adamo saddles. They let me keep riding. I really like the Peak for any bike. Totally eliminates the dreaded dead leg syndrome. If you’re having any kind of leg or crotch issues, you should try an Adamo. I have them on all my bikes. And not a Tri or TT in the stable.

Thanks for the comments guys, those were respectful while providing individual insight.

I gained from your interaction, and would now be willing to try this striking lightweight saddle.

Which end is the front of the saddle?