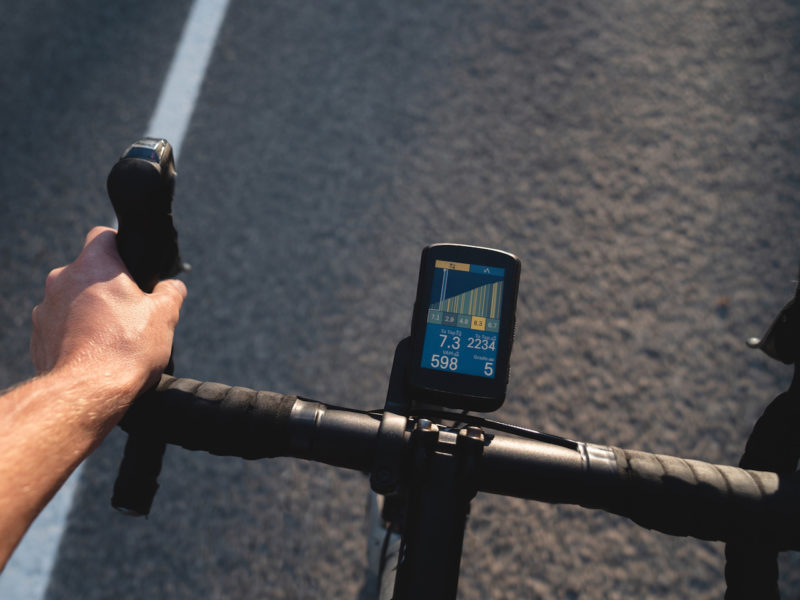 Not that long ago it was announced that SRAM has acquired the cycling computer company, Hammerhead. With SRAM focusing on more electronic functionality in everything from shifters to suspension, the move made sense to provide a SRAM-owned head unit to the mix. However, a recent announcement by Hammerhead suggests that a certain competitor might have issue with the acquisition.

According to Hammerhead, Shimano has requested that they end support for certain Di2 features on the Karoo 2. Starting next Thursday with the latest software update on June, 2nd, riders will lose the on-screen battery status and shifter mode data, front and rear derailleur indications, and Karoo screen control via the Di2 hood buttons on Shimano Di2 drivetrains.

Hammerhead points out that all other Karoo 2 functionality will continue for Shimano users, but in terms of the Di2 specific features, it looks like that will be on pause until “Hammerhead is able to forge a new agreement.”

It’s not clear if you might be able to just not update your head unit and retain those features, but if you’re a Di2 user it might be worth a shot. Of course, then you’d lose out on the frequent over-the-air product updates that Hammerhead has been pushing out, so it may not be worth it.

Indeed, Garmin took the number one tool they had to keep riders in their own ecosystem and made it an open standard for the general good of riders. Yes, it opened the door for them to sell Varia Radar units to people who don’t have a Garmin head unit. But it also opened the door to people who already have a Varia to migrate to another brand of computer.

I hope Hammerhead and Shimano get their shit in order and renegotiate whatever is needed to continue with the integration been both products.

The real pity here is an attempt to hurt SRAM, what Shimano ended up doing is hurting so many loyal di2 owner who bought a computer that then just happened to be bought by Shimano’s biggest competitor. It would be one thing if SRAM owned it and Shimano decided not to support it. But that wasn’t the case.

Well to be honest, hammerhead is a very niche player and has a very small market share. I am pretty sure that all the armchair CEO’s on the inter webs don’t know as much as the actual people running shimano.

Because large companies like Shimano never miscalculate how their actions will be perceived by the buying public?

Today I learned that Di2 ANT+ data is not an open standard, and that Shimano is not afraid to pull the license and retroactively make ANY cycling computer head unit incompatible if they get their panties in a bunch. This time it was Hammerhead. Next time it might be Lezyne or Wahoo or maybe even Garmin.

Trust is hard won and easily lost. Shimano lost some with this d*ck-move.

Also SRAM does now own it and Shimano decided not to support it any more. Shimano provides a unique key to read the communication from DI2 to Hammerhead and they decided to no longer provide that since they are now providing it to SRAM. So are you cool with that cause it is “one thing” or no?

for the record I would never buy AXS or DI2 so I don’t care either way but this can’t really be shock to people. Lots of tech companies restrict access to their IP to competition

This is very unlike Shimano. I have a feeling there’s more to it, and that functionality will return.
OR, it was something initiated by Hammerhead/SRAM?

This is very Shimano move.

Another recent anti competitive move was a few years ago when they sue Sram to stop having adjustable rear derailleur clutch on mtb/gravel rear derailleur as it infringe one of their broadly written patent.

Sram end up having to stop making RD Type 2. Release clutch 2.1 which is nothing more than clutch 2.0 with adjuster blocked off as a stop gap. Then properly release a newly designed rear derailleur with clutch 3 which is concealed and not adjustable.

Basically, Shimano want their competitor’s rear derailleur clutch to be inferior. So that everyone buy Shimano.

I guess you didn’t follow the microspline saga. They wouldn’t allow many hub companies to use their license if they didn’t have a strong presence in the OEM range. Thus companies like Hope could not use microspline. https://www.pinkbike.com/news/hope-questions-lack-of-parity-in-micro-spline-licensing.html

Hope has MicroSpline. This type of stuff usually has to do with licensing issues (length of license, willingness of a small company to re-up money wise for a small # of perceived needs). And of course the $$ amount of the actual license.

Yes, they have microspline now, but for nearly a year, Hope and Stans were left standing on the sideline because they were not allowed to manufacture the freehub body. The owners of Hope were very vocal that they wanted to but were not allowed to have a license. Here is an article that has input from both Hope and Stans: https://singletrackworld.com/2019/06/stans-hope-respond-to-shimano-micro-spline-licensing-frustrations/

I suspect Shimano have just pulled the pin preemptively before SRAM “helpfully” tweaked the software so it would only work with AXS, to manage people’s expectations going forward.

This is clearly extra effort Sram made to their website and app to accommodate Shimano di2 users.

Why would they support Di2 on AXS website/app but stop supporting it on a bije computer?

Thanks for pointing this out – I was just about to end my long standing boycott of Di2 to replace my dead 6700 STI – mainly because I can control the Bike computer and see gear indication like on the “Shimano Flight Deck” I had back then in the 9 speed era. Di2 Battery indication mitigates the biggest problem with Di2 somewhat.

With that move Di2 makes no sense to me. I will then convert my last remaining Shimano bike to campy, at least their ergos are not wear parts like all Shimano STI.

This sucks of course for Hammerhead users, but let’s be real, this is to be expected of companies. Example- beloved small company Microshift gave its Advent shifter and rear derailleur a proprietary cable pull that prevents you from replacing either part with Shimano or SRAM. I asked why they did it and their rep Gus gave some BS answer about how it was necessary. If a company has the clout to do this kind of stuff, it will.

sram can use the karoo to collect data from di2…

The Axs app already can do that.
I sync my Garmin on Di2 bike to Axs website.
The Axs website has very nice gear ratio usage analysis. It help me decide on appropriate chainring size, see correlation between gear ratio/cadence and power to the heart rate, etc.
That’s something Shimano never bother to offer. Wahoo kinda show these data a bit. Garmin doesn’t to the user at all. While Sram Axs website analyze it for you.

The bike industry it’s in desperate need for open standards.

I just cancelled an order for a Di2. I didn’t even realize that Shimano had its own, proprietary protocol for the shift information (SRAM and Campa use an open variant).

Out of principle, I’m paying ~800USD extra now for the SRAM Force AXS, because this kind of behavior can’t be tolerated (even though I dislike the huge box).