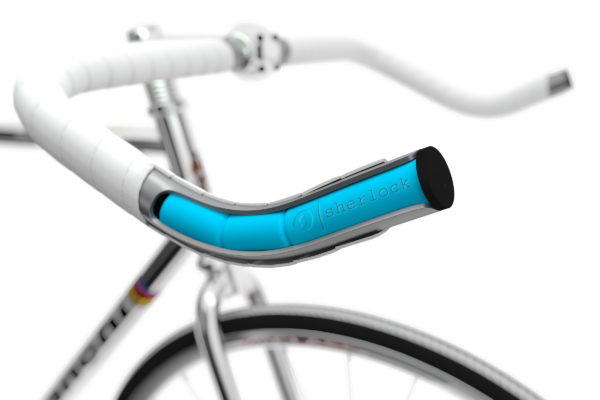 The Sherlock GPS tracker is another new option on the horizon to follow your bike and hunt it down if it happens to get stolen. While it is no bomb that will deter thieves, it works by passively hiding in your bike and reporting back. Hidden (or stealthy) GPS trackers aren’t exactly a new idea, we’ve seen GPS-enabled lights, steerer-hidden devices, e-bike trackers, and combo tracker and alarm systems before (among others), but Sherlock aims to be different by stealthily sliding inside your handlebar, and providing user-friendly real-time tracking when paired with its mobile app. The Sherlock is being crowdfunded over at Indiegogo now, so roll past the break to see how it will work when it makes the leap into production.

Sherlock is promoting itself on four basic ideas: it can provide accurate tracking of your bike through its GPS locator and on-board GSM/GPRS mobile data connection; its compact and hidden design means that thieves are not likely to notice it; the unique ID between tracker and the mobile app can demonstrate to the police bike ownership to aid recovery; and it provides an easy to use all-in-one solution. Its developers have made it through their working prototype stage, but are using crowdfunding to finalize the design, and in-use testing so that they are ready to put the first devices into production.

To use the tracking features, just activate the GPS locator when you park the bike via the Bluetooth-connected mobile app (iOS or Android). Then whenever the bike moves, Sherlock will send an immediate alert, and let you live track the bike to precisely locate it within 5m/16ft. 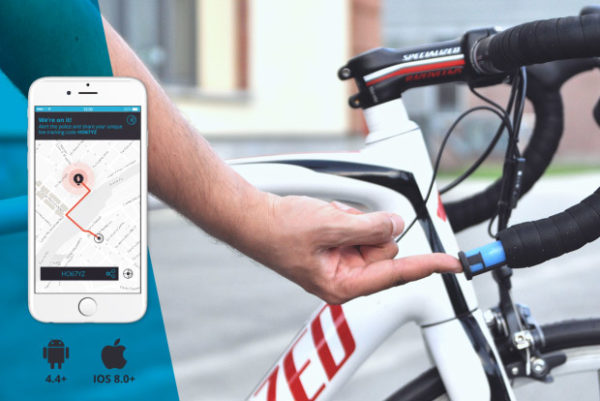 Early bird support levels have already sold out on Indiegogo, but you can still pre-order one for 130€, with delivery expected not until January of 2017. Besides the hardware, to track your bike you will need a mobile data plan to log into the web-based tracking service (4€ per month), although some of the crowdfunding reward plans already bundle in mobile data.

The Sherlock GPS tracker itself isn’t all that cheap, but does get secured into the handlebar by means of a special keyed lock on the bar plug. Once it is installed in the bar it is pretty much invisible, looking just like a  locking bar plug. The idea is that thieves won’t know it is there to start with, so as long as your handlebar stays on the bike and the bar plugs don’t get pulled out, you should be able to track your ride down. 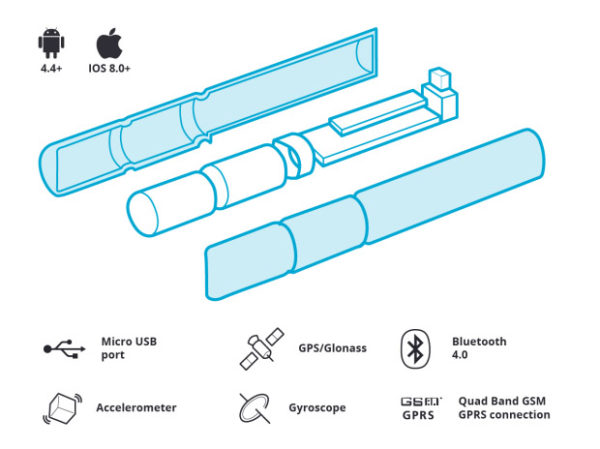 The 132mm/5.2″ long Sherlock is designed to be flexible enough that it should fit inside most bars, whether straight or curved. At just 50g it does just slide in to replace a standard plug, so it should be easy to use. Battery life is claimed at 1 week, and is to be regularly recharged via a microUSB port when you pull it out of the bike. And with a keyed locking mechanism that you’ll already be using to keep it charged, it’ll probably be easy to swap the Sherlock between bikes quickly to protect whatever you are riding.