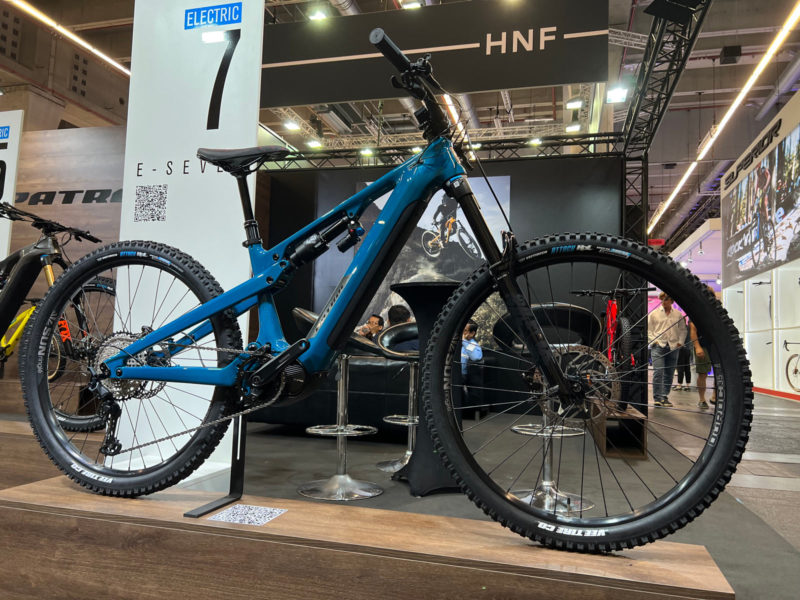 Not only is the Patrol e-Seven an all-new model, it’s their first-ever full carbon eMTB, too. With a monstrous 170mm travel and stout SuperBoost rear end, it looks like an absolute trail crusher, with a few clever features that help it stand out… 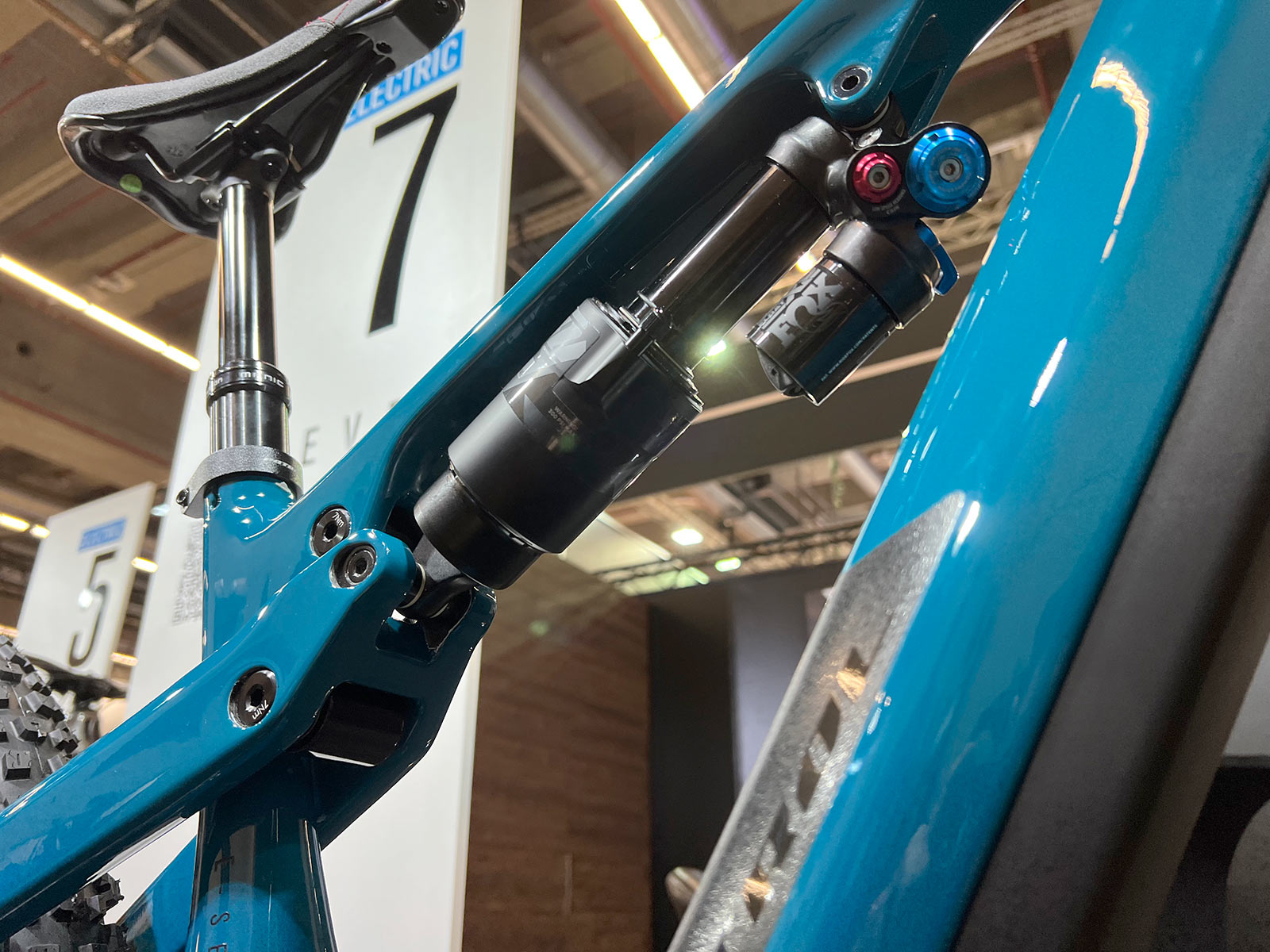 Patrol’s other e-mountain bikes use an alloy rear triangle, but the e-Seven upgrades to a full carbon frame. They’ve also reworked the upper linkage, hiding it behind the shock and seatstays for a very clean look.

The rear end gets 170mm of travel, paired with a 180mm fork, and they’re using a 12×157 SuperBoost rear thru axle standard to maximize stiffness. 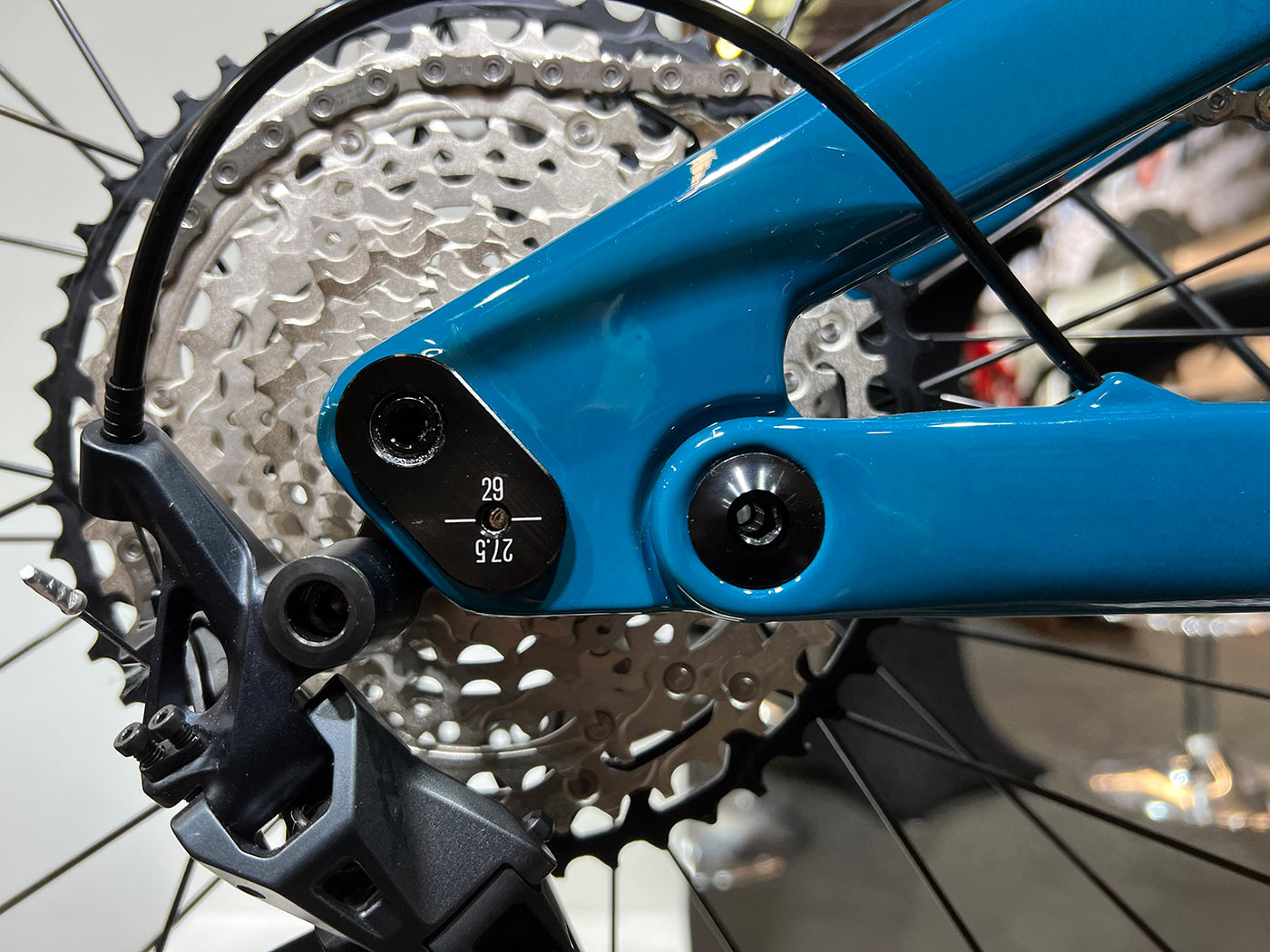 The bikes will ship with 29er wheels and tires, but you can flip the dropout to run 27.5″ wheels/tires without changing the geometry too much. 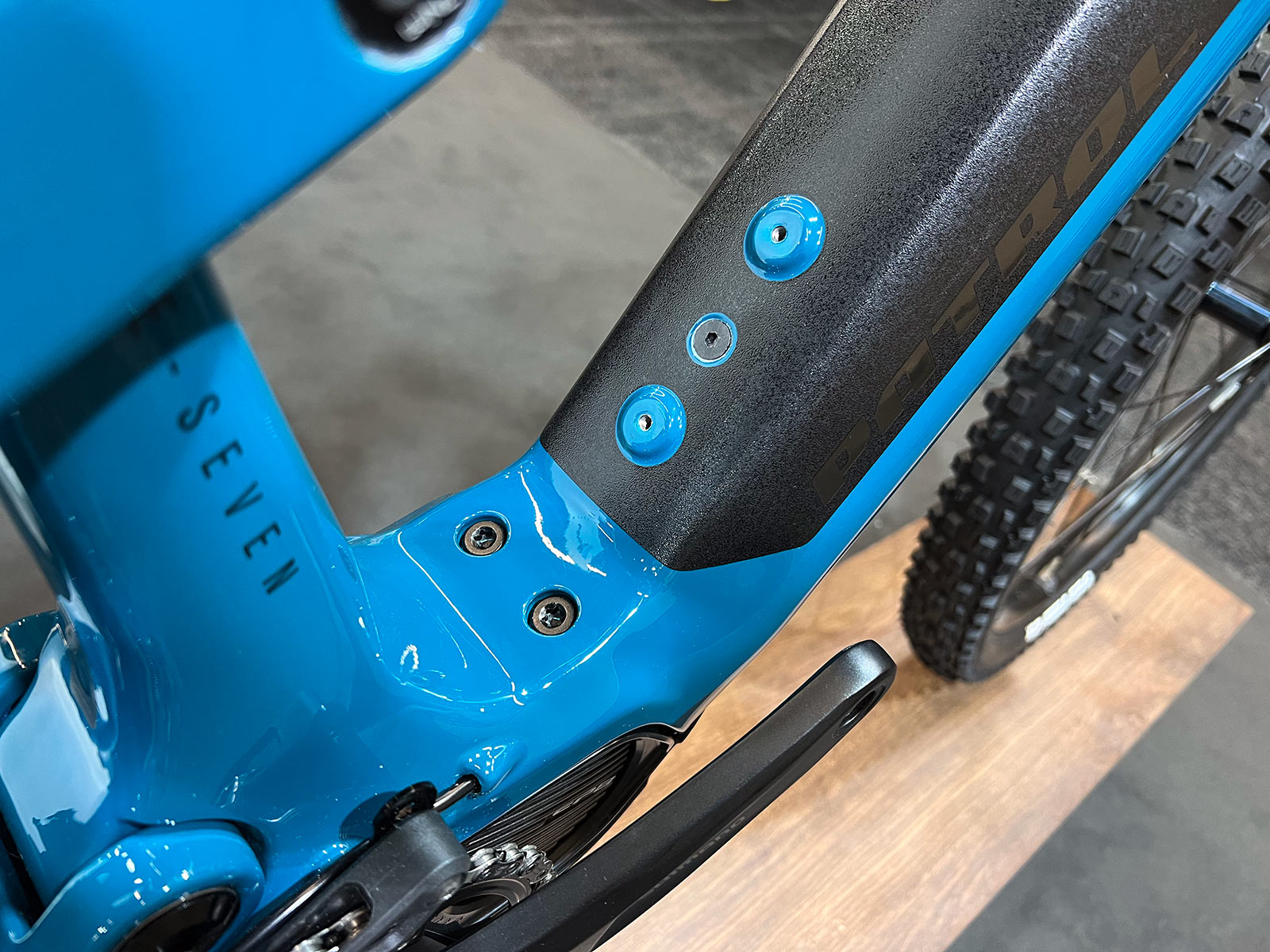 Built around the new Shimano EP801 drive unit, Patrol made a custom mount that, at the front, bolts into the top of the motor.

They say this provides a sturdier connection when combined with the side-mounted bolts further back. The result? Less chance the motor could come loose, and less overall stress on the system with a stronger attachment. 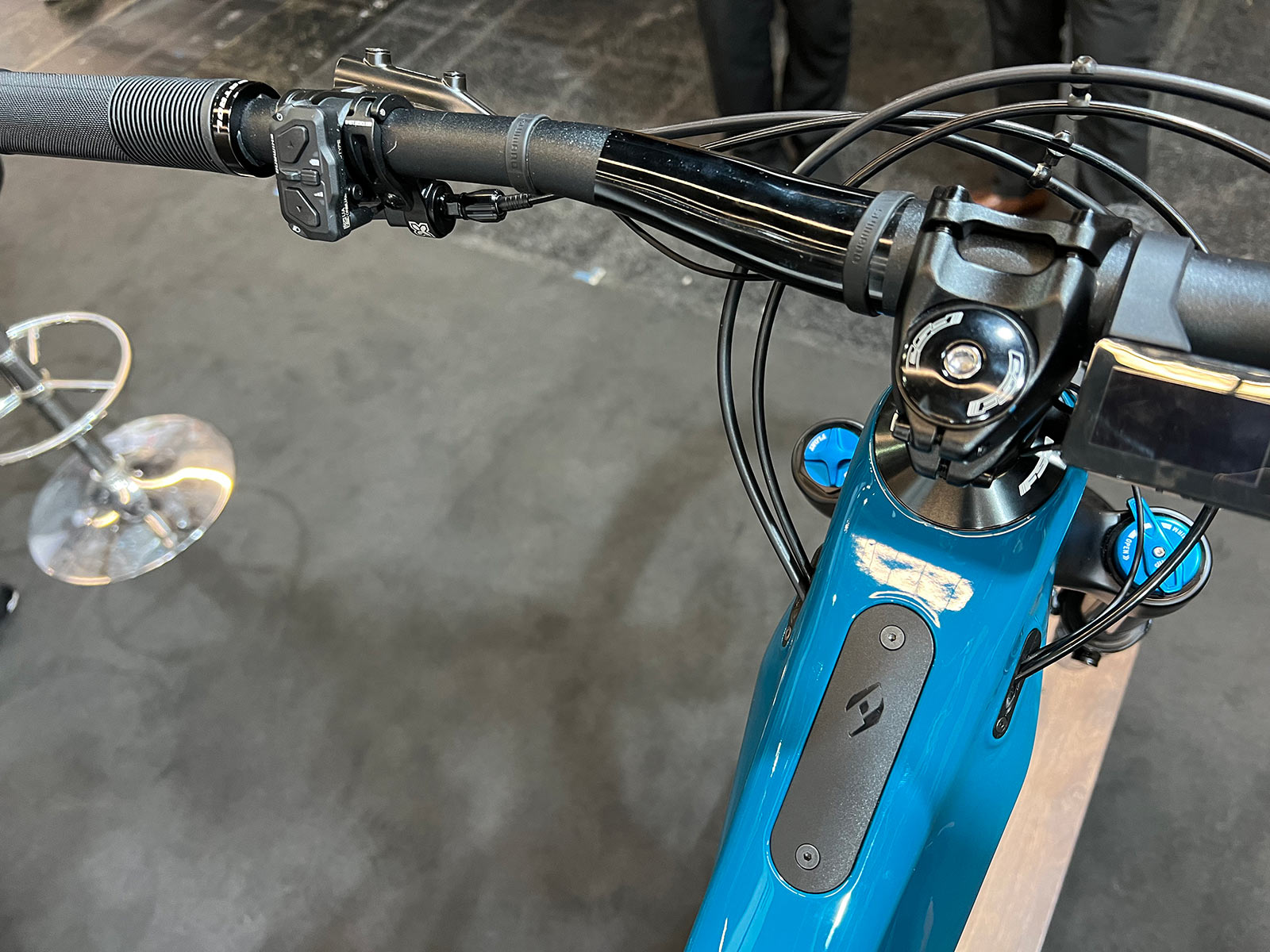 Another advantage of the new EP801 is that you can remove the display for a stealthier, simpler cockpit. The new remote has LEDs to indicate mode and battery life so you’re not left in the dark.

Beyond these numbers, it’s worth noting the straight seat tube with relatively low standover, giving you plenty of wiggle room and the ability to run a long dropper post.

The bike will ship in Pearl Carbon, Pearl White, Dark Teal and Dark Olive…this blue was just for the Eurobike show.

Two builds are offered, with the key difference being Fox Factory-level suspension on the top model with XT, and Performance fork and shock with SLX on the standard model. We’ve inquired as to pricing and availability and will update when we get that info.

What no Linkglide spec? Availability must be non existent.