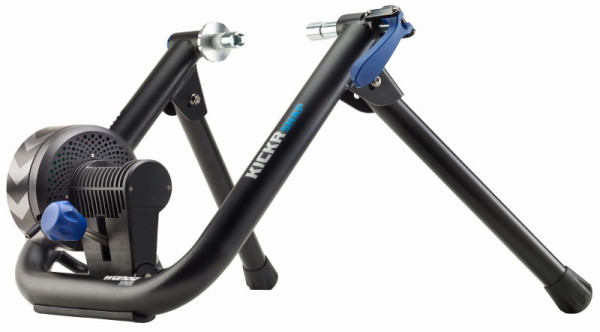 Training indoors is a bummer. So when Wahoo Fitness brought to market their trainer called the KICKR, it was designed to best replicate the inertial experience of pedaling outside. The Trainer included the development of a thoroughly engineered flywheel and was one of the first such trainers to be powered by an iPhone for seamless control and interactive possibilities galore through compatible apps. Wahoo’s development paid off within two years of the release when Team Sky selected KICKR for their off-season training platform.

Today, Wahoo announces the release of their new entry level smart trainer called KICKR SNAP – a foldable, tire based version of KICKR. It has the smart functionality and strives for a similarly high level of riding experience and feedback, but in an easy to use, smaller, more affordable package. SNAP into this smart new equipment after the jump… 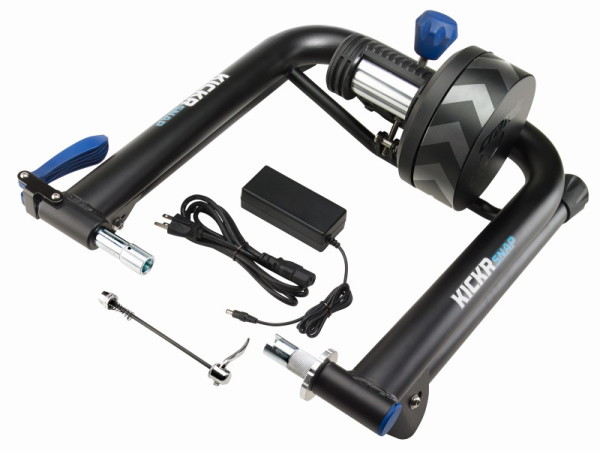 Like the original model, SNAP uses ANT+ and Bluetooth 4.0 to connect wirelessly to Windows, Android, and Apple platforms in addition to Wahoo’s sensors and devices. It’s also designed to work with a variety of training platforms and apps that enable you to interact directly with your coach or viciously compete against friends and foes on virtual courses. 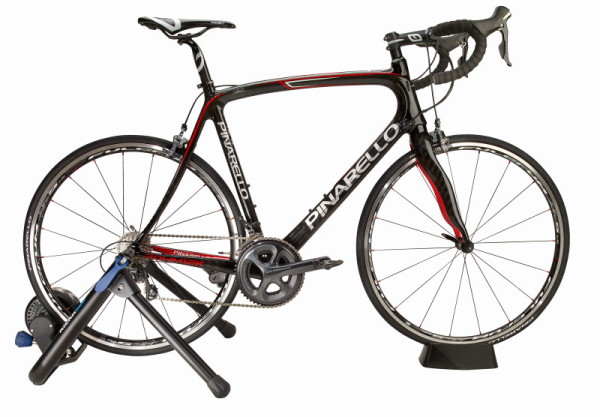 Other advantages of this system include the ability to connect bikes of a variety of drivetrains simply, without having to purchase a second or change over your existing cassette. Also, it has lost some weight over the original, coming in at 38lbs (compared to 46lbs of KICKR), and easily folds for transport or storage. From Chip Hawkins, Wahoo Fitness CEO, “The KICKR SNAP is a descendent of our gold standard KICKR, and provides similar features but is easier to use, so users of all abilities can stay fit year round.”

You can get your own KICKR SNAP in August 2015 for $849.99 MSRP from Wahoo Fitness dealers or direct through their website.

Entry level $849? I thought the regular kickr was $999. Anyway, for that kind of loot why not get a power meter and a dumb trainer.

^Right?? LOL That’s absurd. I was expecting to see $500-600. $850 haha. If I’m going to spend that kind of money I’ll just buy a Stages and keep using my KKRM – or if I really really wanted a smart trainer for the winter, I’d spend the small amount of extra money to get the regular Kickr and not have to mess with trainer tires/pressure issues.

@rico – electronically controlled resistance changes to better integrate with services like Zwift. The Kickr is also $1100.

But, I do think the Snap is overpriced for what it is. Other companies are coming out with or already have wheel-on smart trainers for less money.

@Ck – What companies or more specifically, trainers, are you referring to??? I agree I would have loved to see this come in a little cheaper. At $850, I would choose to spend $1,100 on the Kickr every time.

Tacx has similar trainers for the $550 range with the Vortex Smart. I still would buy a direct drive anytime over a traditional trainer. With Zwift being just the beginning of engaging online training I see more time on the trainer than ever before.