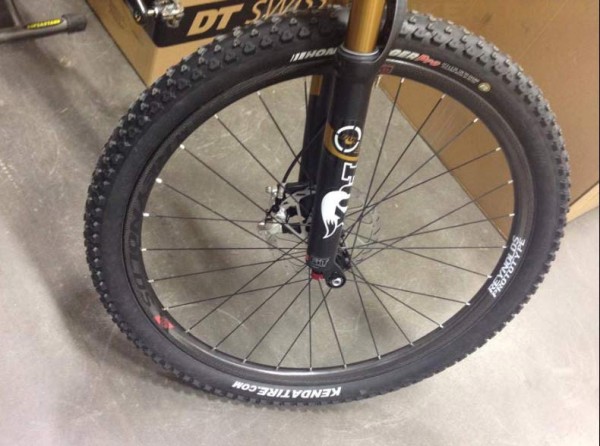 This image of a prototype Reynolds Black Label DH 650b mountain bike wheel just dropped in. They were spotted while on a certain team’s tour of Pivot’s facility, so you can put two and two together for an idea of what’s coming up.

We checked our sources and learned (unofficially, of course) that they are indeed headed for production but will see some changes before Reynolds’ engineers and product managers sign off on ’em. The rims will be a new downhill specific layup. Other than that, details are sparse, as is the actual production date.

Reynolds introduced their Black Label series in January, bringing slimmer and lighter weight graphics to the rims and DT Swiss hubs to the build. And only with 27.5″ and 29″ options. That’s also where they announced their sponsorship of the Pivot Factory Downhill Team. Aaaaah yes, it’s all coming together.

A DH wheel with a 15 mm through axle? Ok I guess the hub is convertible right?