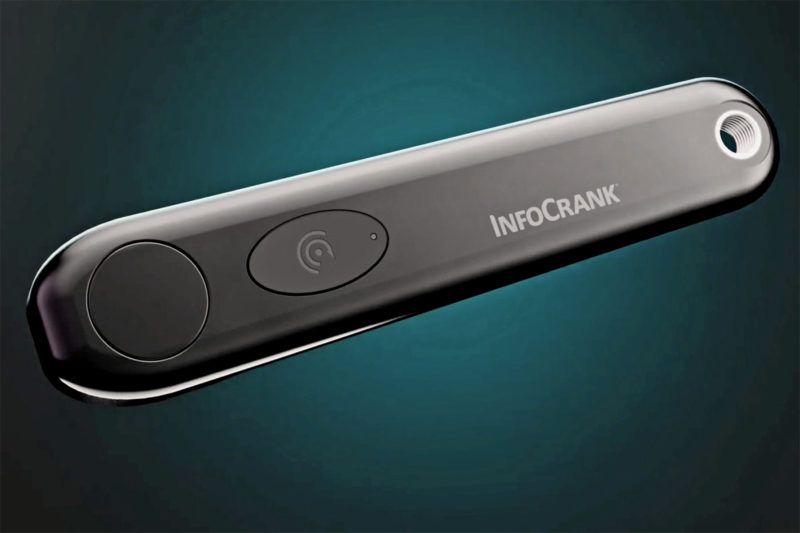 When Verve introduced the pre-order for their completely updated alloy InfoCrank IC2 power meter crankset, they touted its modular construction but only offered a 2x road spider. Now, the IC2 pre-order adds four 1x options to include mountain bike, gravel, road, or track-specific spiders and it appears, direct-mount chainring compatibility…

The new InfoCrank IC2 carries on Verve’s reputation for benchmark accuracy and non-nonsense, no-calibration reliability thanks to their in-line strain gauge design, where the cranks are designed around the power measurement sensors not retrofitted into an existing crank arm, spider, or BB spindle. But really the big selling point in this latest design are the improved sleek aesthetics, presumed lighter weight, and new modularity. 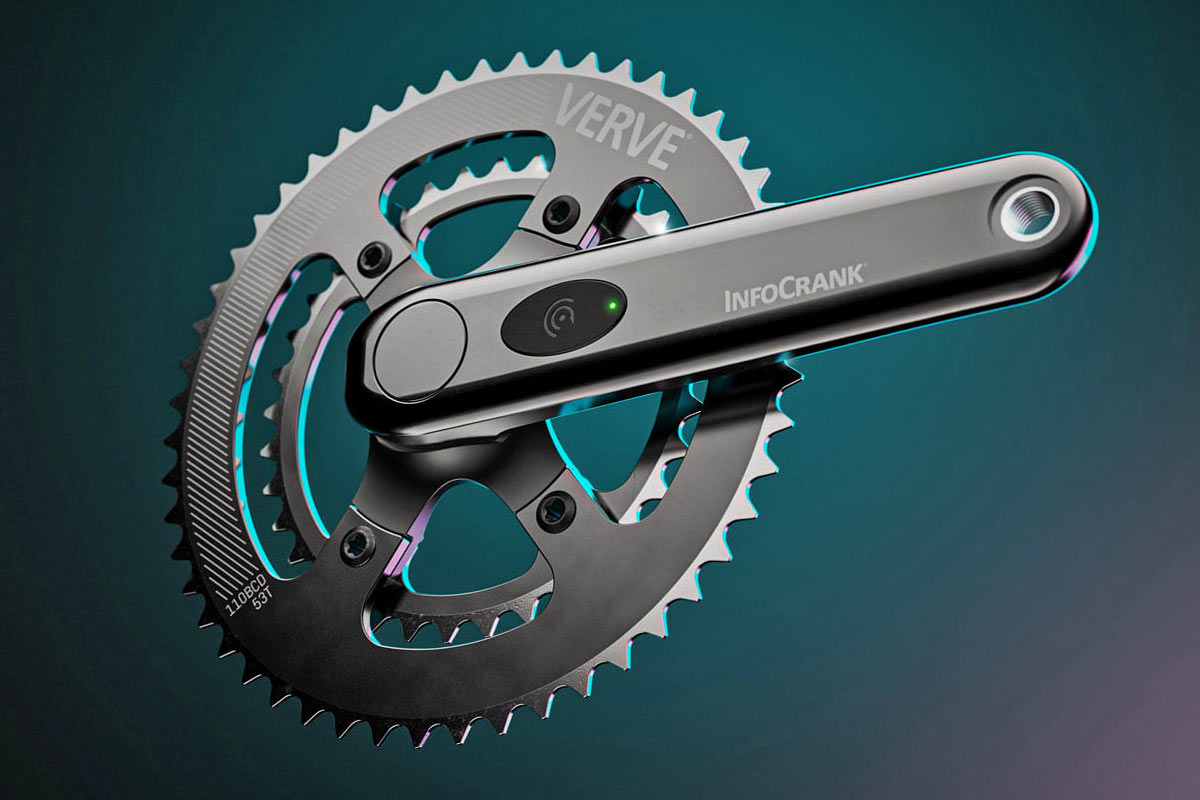 Yet up to now, all of the images released of the new InfoCrank IC2 (which are all still renderings-only) still showed just a conventional 2x road setup, albeit with an obviously separate modern 4x110mm road double spider. Verve said that 1x options were coming, but still only said that the first power meters coming in December 2022 would include the 2x spider.

Now, Verve claims these first 100 InfoCrank IC2 power meters that will actually be delivered before the end of this years can be ordered with either the 2x spider OR a 1x spider for road, gravel, track, or mountain bikes. They still haven’t specified what bolt patterns will be used for each or confirmed chainline/offsets, but the presale cranks won’t automatically come with the 2x road spider that some buyers would not want.

What we also now see with the back of the driveside crankarm is possibly standardized direct mount chainring compatibility? 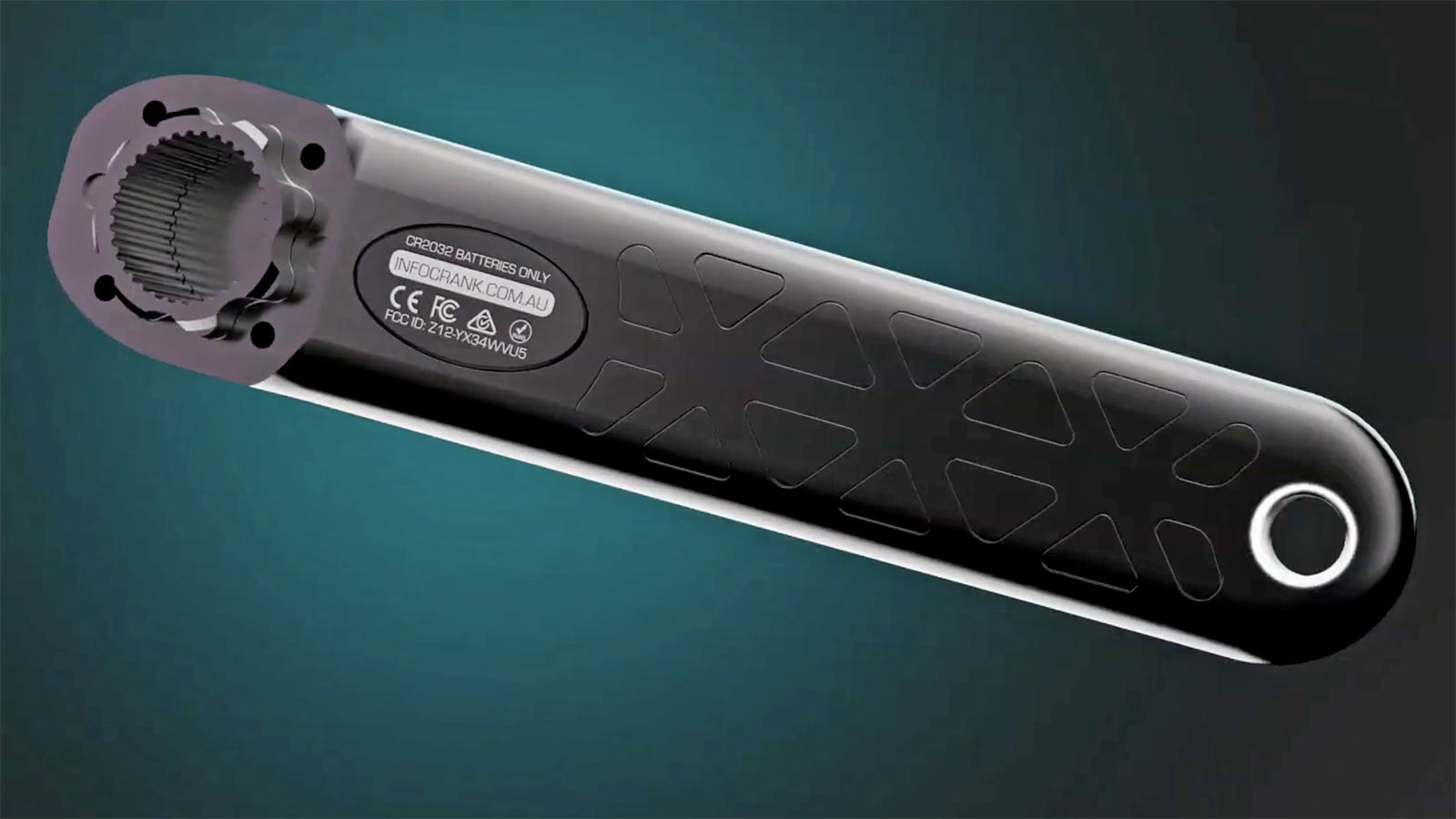 So far Verve has said that the pre-order cranks will NOT include chainrings in their discounted pricing, but chainrings will be added as an option before they begin shipping out.

In the meantime though, this looks a lot like SRAM’s most recent 8-bolt spider/chainring interface that has been on Quarq power meters for years and now added to recent SRAM AXS cranksets – albeit with only 4 bolt holes. That would be great, as it would mean plenty of aftermarket direct mount 1x chainrings from the likes of Wolf Tooth or Garbaruk for example, and of course SRAM… 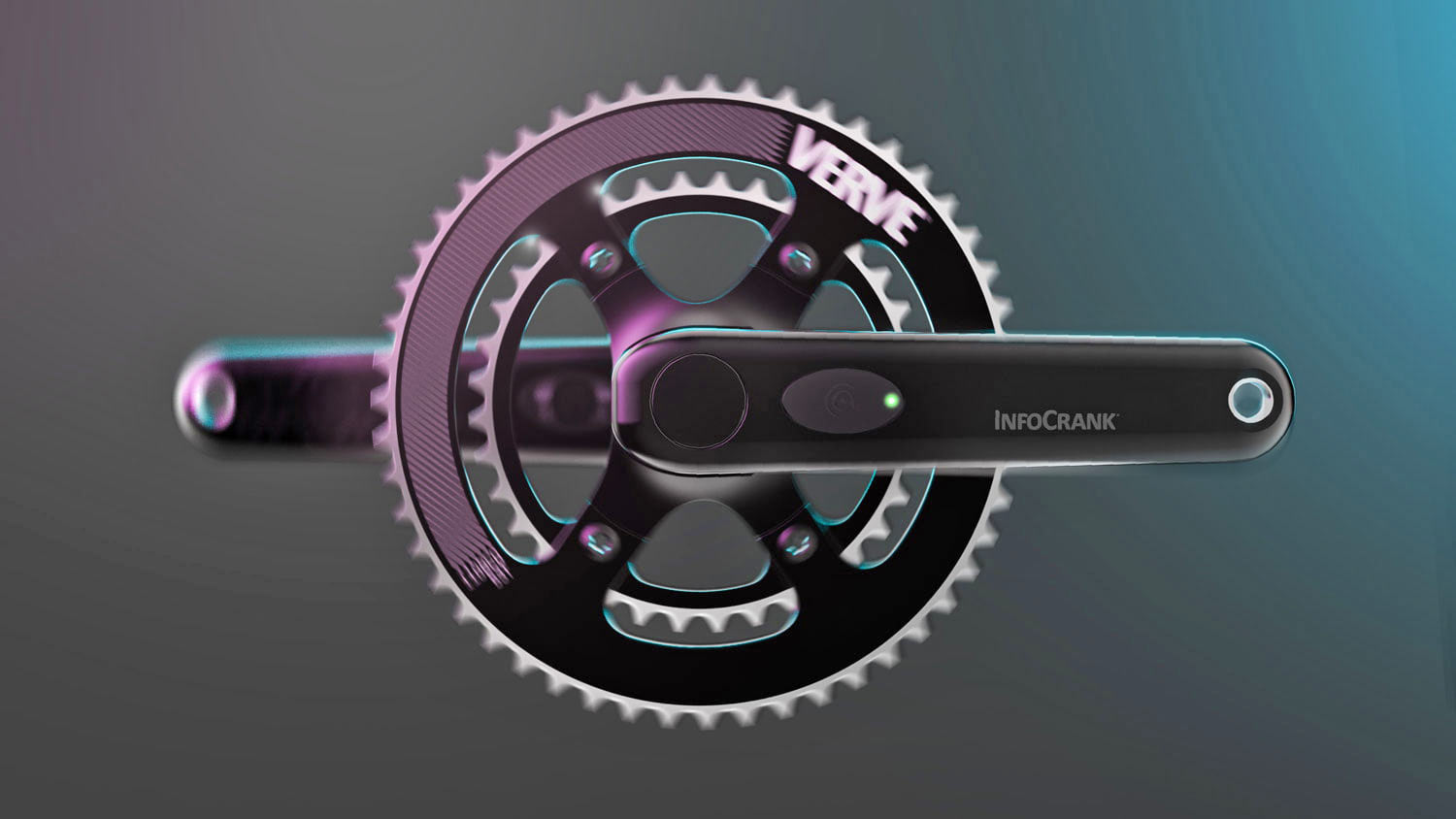 Other than 1x/2x/Direct-Mount options, the rest of the modular InfoCrank IC2 presale is unchanged, and still on track for December 2022 deliveries of the first 100 power meters that sell at a 15% discount off retail. Read our reveal article for all the tech details.

It looks nothing like the SRAM 8 bolt interface. I don’t recognize it, and I’ve seen most of not all of them. Let’s hope the interface in the rendering is just a placeholder