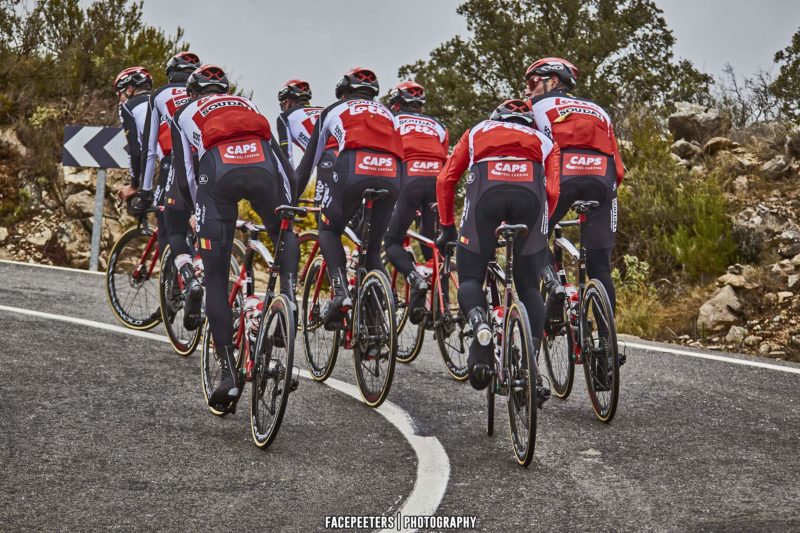 Every year, we know there are lots of new bikes in the pipeline. And we try keep our eyes peeled for glimpses of pro cyclists training or racing on these next gen bikes. But the last years of supply shortages have muddled up much of the traditional prototype racing and new bike launch cycles, so we’ve been trying to look elsewhere. And what we’ve found are hints of 10 new road bikes and time trial bikes that will launch in 2022, from 7 big bike companies…

What do we know? What do we expect? And what new skinny tire bikes are coming soon in 2022? 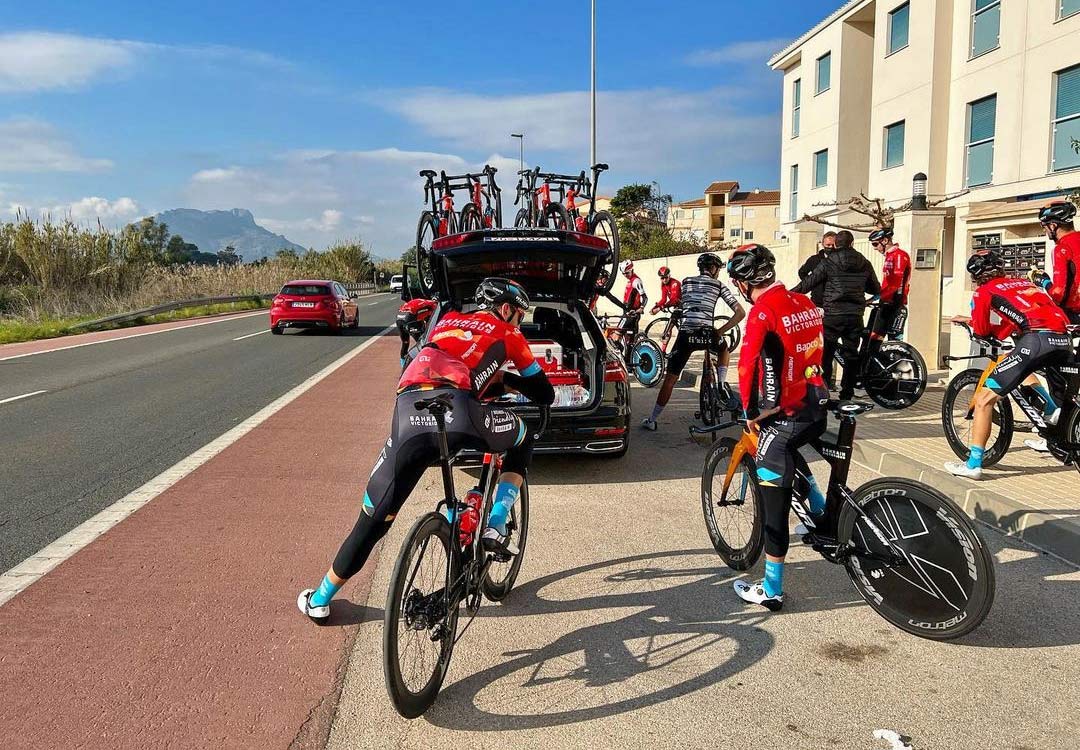 One place to get an overview of the latest road bikes on the market is the UCI’s sporadically updated List of Approved Models of Framesets. But usually, we know about these bikes long before they pop up there publicly. In fact, the UCI Approved list isn’t updated all that regularly, and bike companies have typically managed to launch new models before the UCI publishes its latest updates.

But the chaos of the last year of new groupsets not being ready in sufficient numbers, abbreviated & reshuffled pro racing schedules, reduced tradeshow events, and the ongoing difficulty of simply getting the framesets themselves produced & delivered… all seem to have created a perfect storm to delay many bike launches…

So, what we uncovered in the UCI’s Jan 3rd update are MANY new bikes from big manufacturers that officially received approval to race already in mid-to-late 2021, yet still haven’t really seen the light of day…

Of note: The most recently approved bikes in this list were still OK’d back in the last weeks of November 2021. 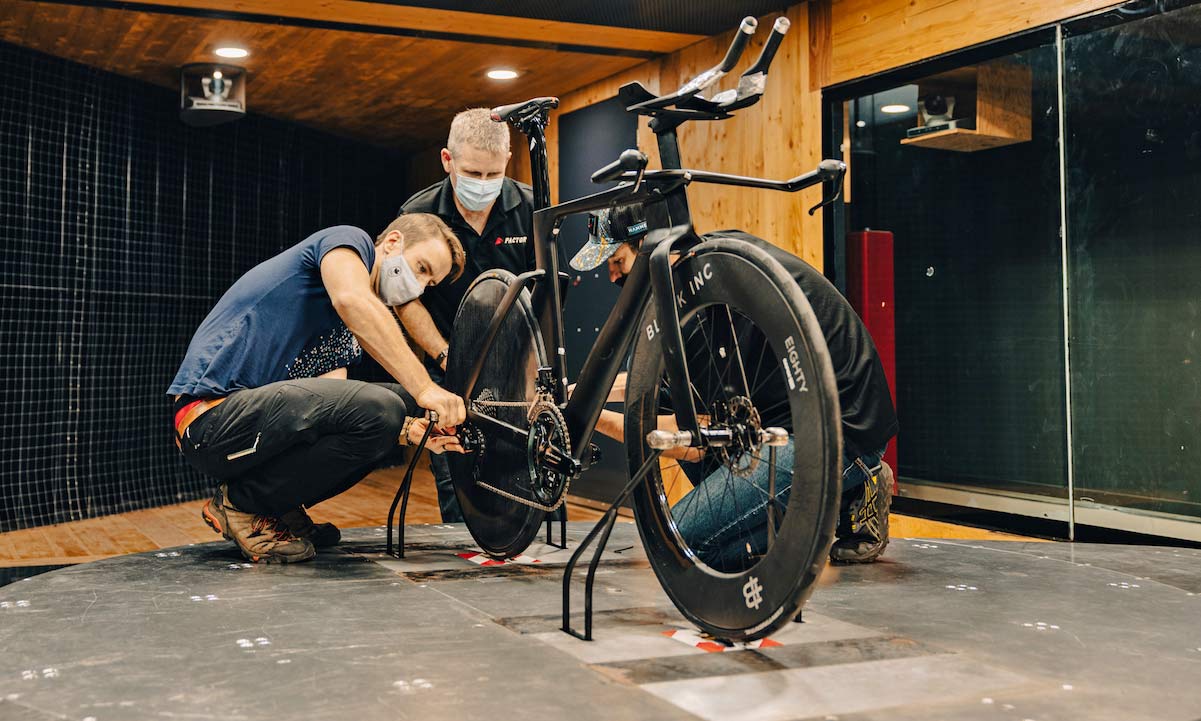 Interestingly, it was this new Factor Hanzo TT bike that made us dig a bit deeper into the newest UCI update. Because the Israel Start-Up Nation team has already been racing the new bike, but it’s still not yet on the UCI list. Factor says the new bike has been approved and is coming soon to consumers. And Factor’s latest photos do show it with a UCI-Approved sticker. 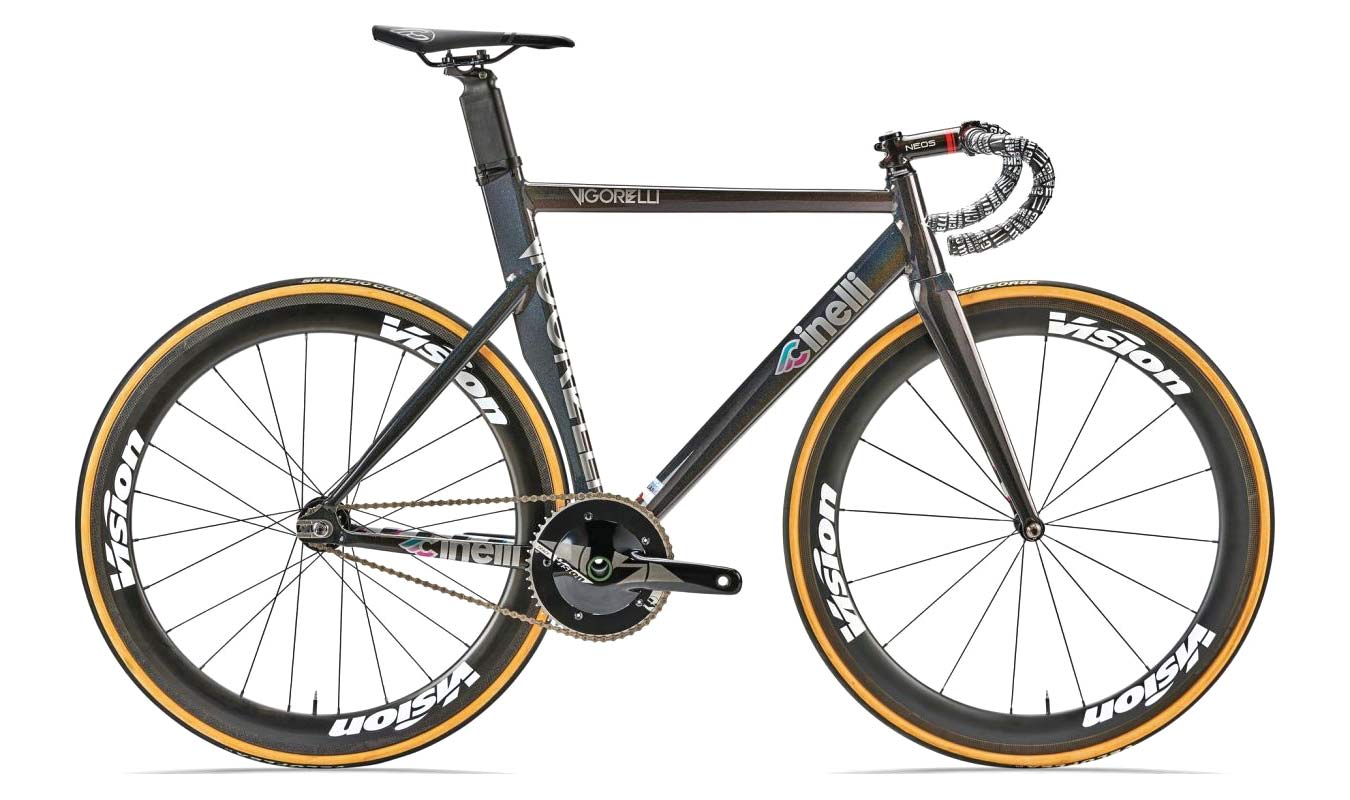 This sparkling new aluminum 2022 Cinelli Vigorelli track bike is a welcome counterpoint to the often complex and expensive carbon bikes we see most in our development stories. But it is surprisingly modern & aerodynamic, plus since it’s a fixed gear, there are still no cables to be seen.

Technically, it has been launched and you should be able to pick up an all-new Vigorelli frameset for around 900€ sometime around mid-summer 2022. Cinelli.it 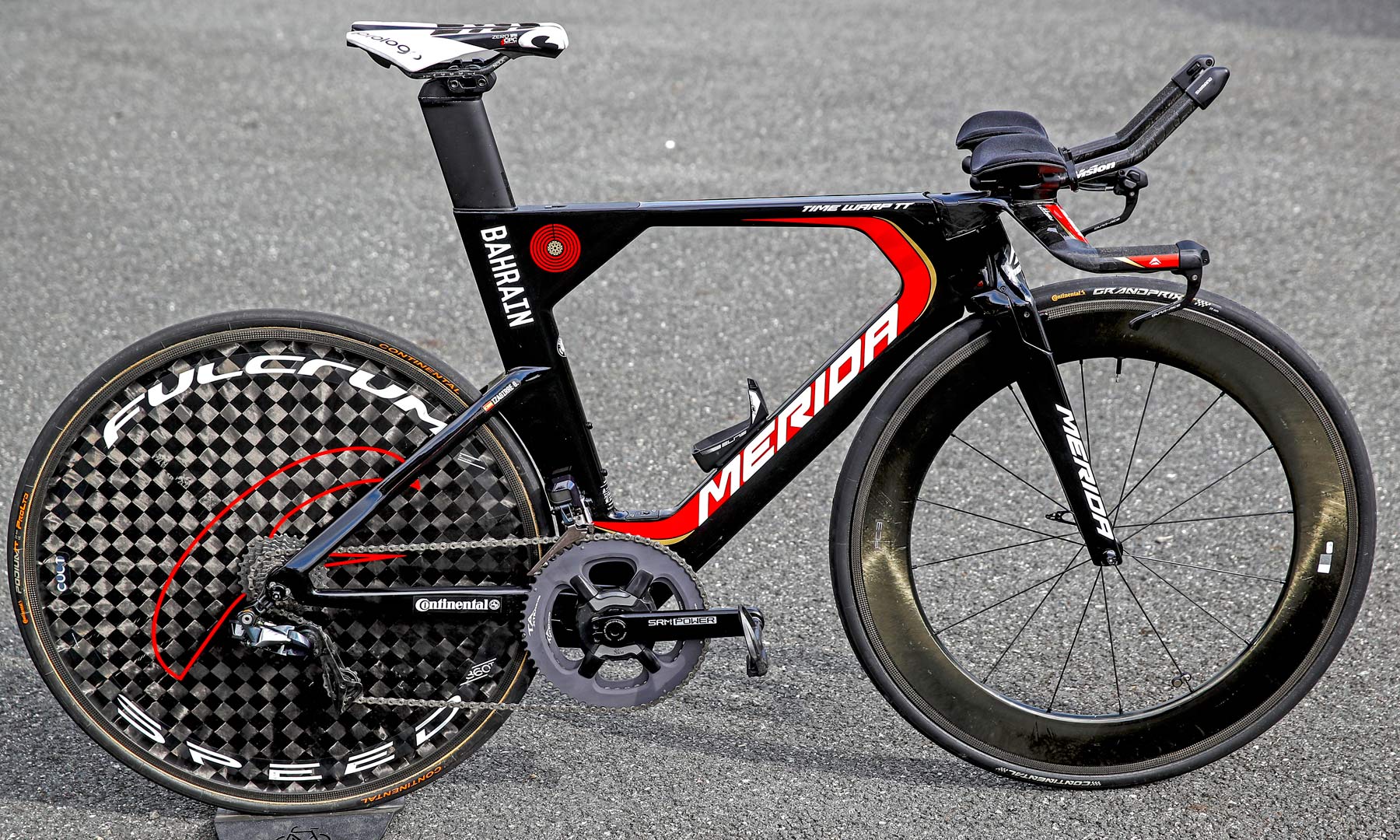 We know much less about most of the remaining bikes on this list, as we’ve only spotted them on the UCI approval for the most part. But can make some assumptions based on previous models.

The current Merida Time Warp TT bike was last refreshed in the summer of 2018, debuted at that year’s Tour de France where Merida moved its rim brakes & cables out of sight.

Already approved since the middle of last June, the upcoming 2022 Time Warp 4 doesn’t seem to have been raced at all yet. Merida’s sponsored Bahrain Victorious team were still racing the old model at 2021 TT National & World championships, and still training on the rim brake bike in December outside of Alicante, Spain. 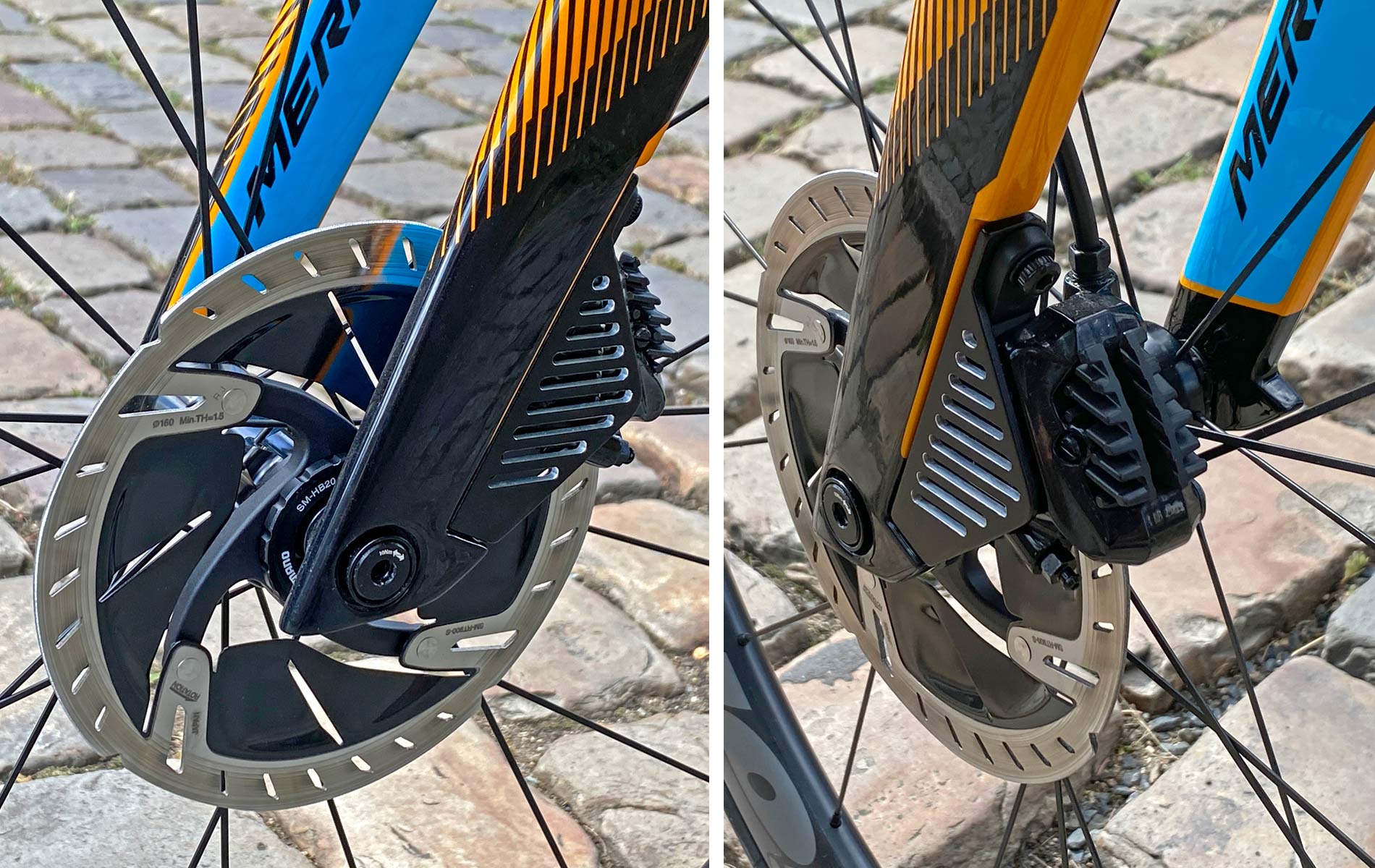 disc coolers & fork flaps on the MY2021 Reacto

What we expect in 2022 is a long-awaited shift to flat mount disc brakes & thru-axles, like their latest Scultura Team. The Time Warp has already been cleanly integrated with fully-internal cable routing and a sleek front end. But now I think we’ll see bigger tire clearance and likely a more aero & more integrated version of Merida’s disc cooler tech & fork flaps.

Merida has officially launched their last three road bikes – the aero Reacto, Scultura Endurance & Scultura Team 7-12 months after UCI approval – so look for the new Time Warp anytime between now and June, likely to pop up at the first stage race of the season. 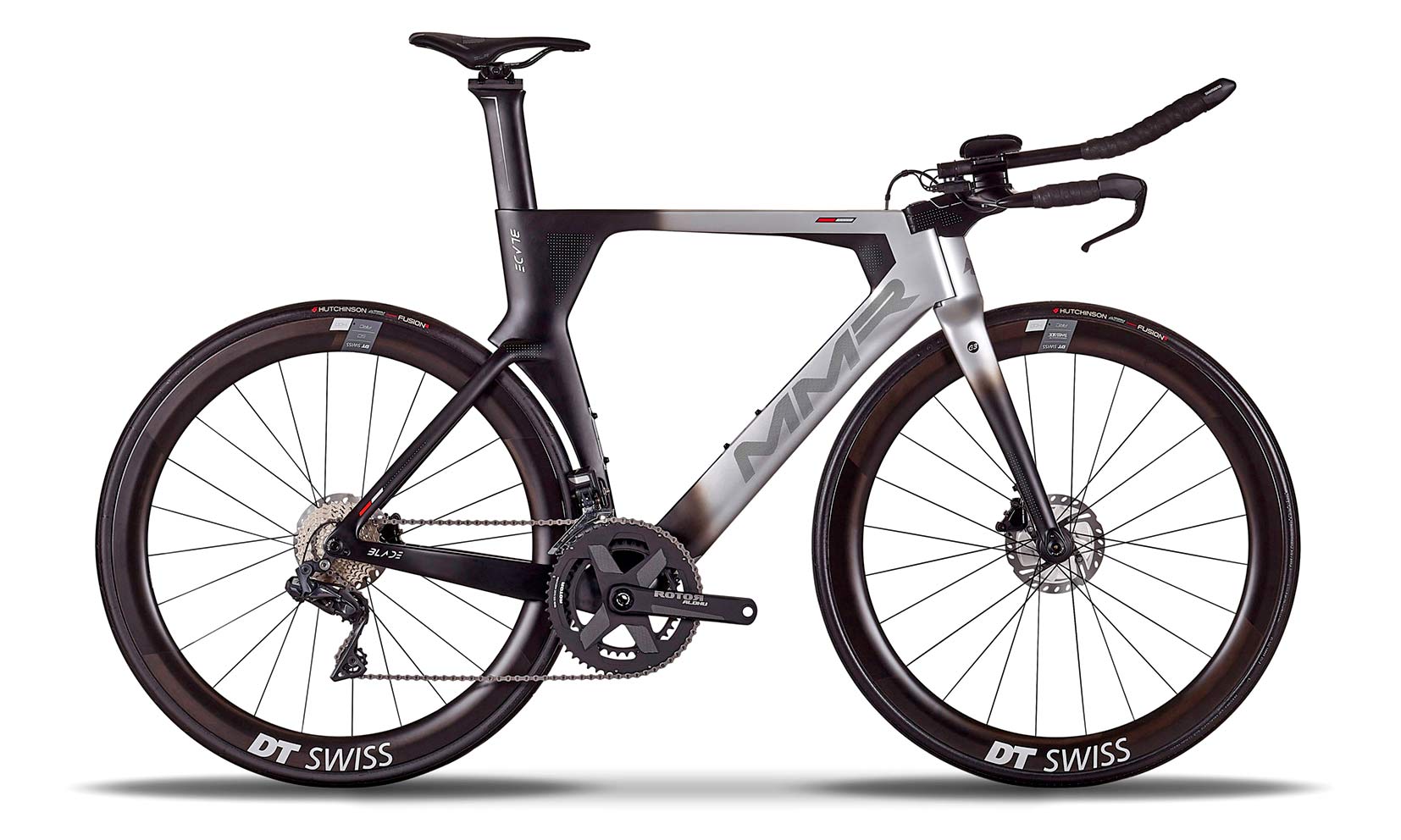 This TT bike is a bit more uncertain… Just back last December, Spanish bikemaker MMR unveiled a much sleeker Adrenaline Aero road bike update. But it seems they may an even faster bike in the works – a revamped Blade? Their current time trial bike was recently updated in October of 2020 with the move to disc brakes. But then the next summer, a new Blade showed up in the UCI Approved list. Is it an all new bike, or just late authorization to race it?

The current Blade TT bike doesn’t have nearly the tidy cable integration of the latest Adrenaline Aero, so maybe the Blade is set for a quick update in 2022? 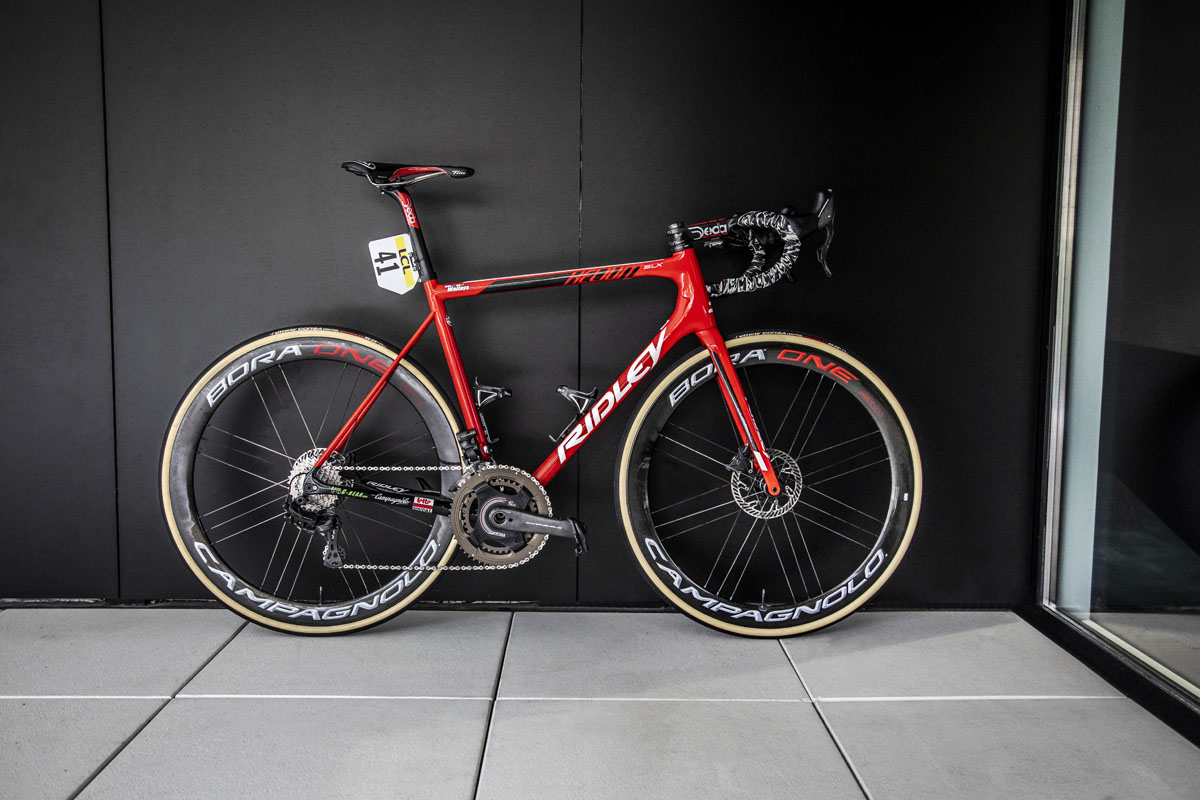 The most recent lightweight Ridley road bike was the October 2019 introduction of their Helium SLX Disc, five months after UCI approval, and half a season after it had already been raced to a win at Paris-Tours. The light & stiff Helium has retained its mostly traditional outlines, only really getting aero with the inclusion of integrated internal routing and more subtle tube profiles.

What’s next for a new Helium Disc? 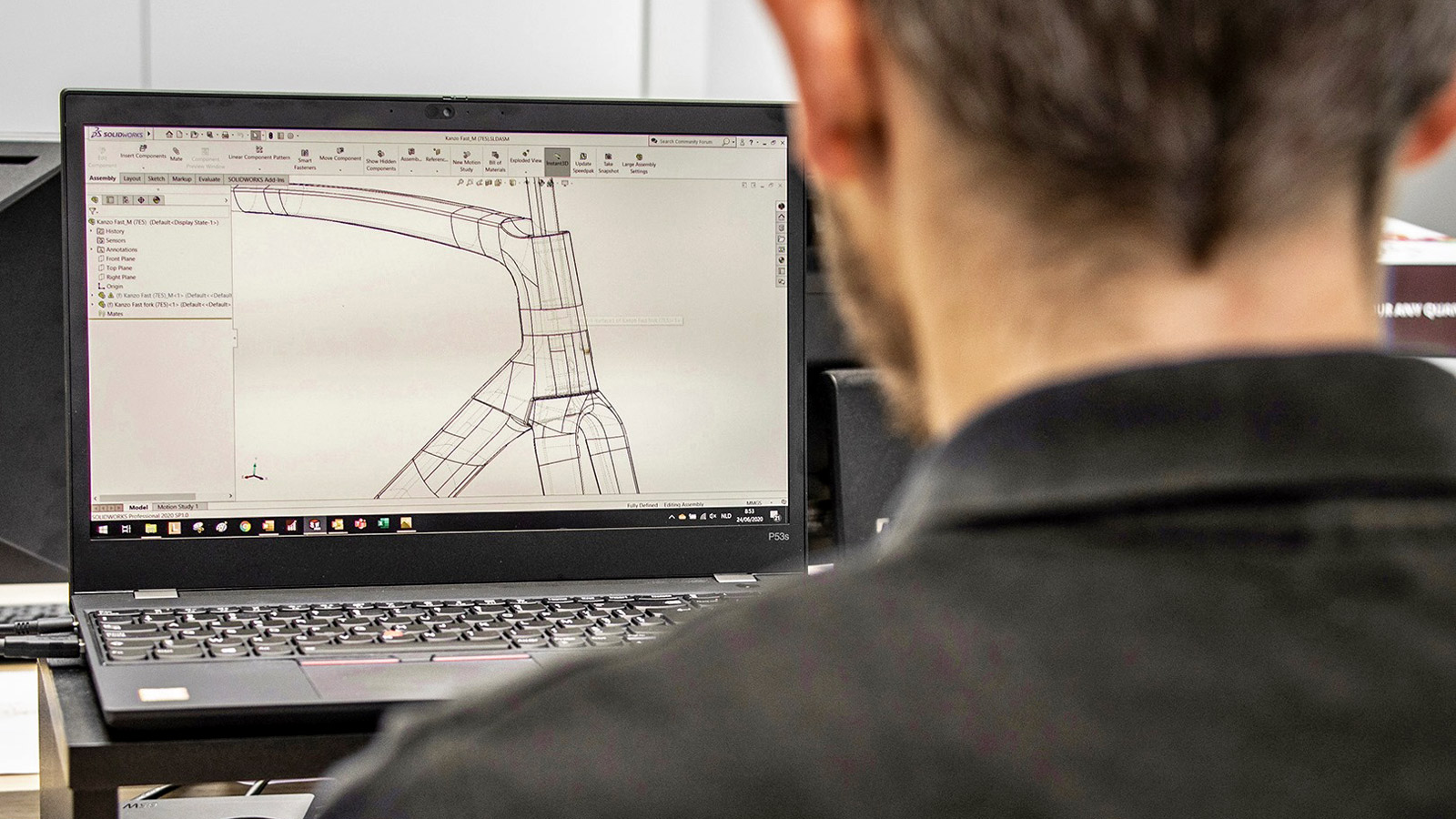 We can only imagine that Ridley will try to whittle down more from the 820g frame, which no longer exactly classifies as superlight. And they’ll probably add more aero features, too – like a more integrated headtube, headset, and cockpit?

A minimum of 30-32mm tire clearance would be a nice update for this versatile race bike, too. Ridley has already shown that they can combine big tires, aerodynamics, stiffness & rider comfort with their latest Kanzo Fast gravel bike. But can they do all of that AND make it ultralightweight at the same time? 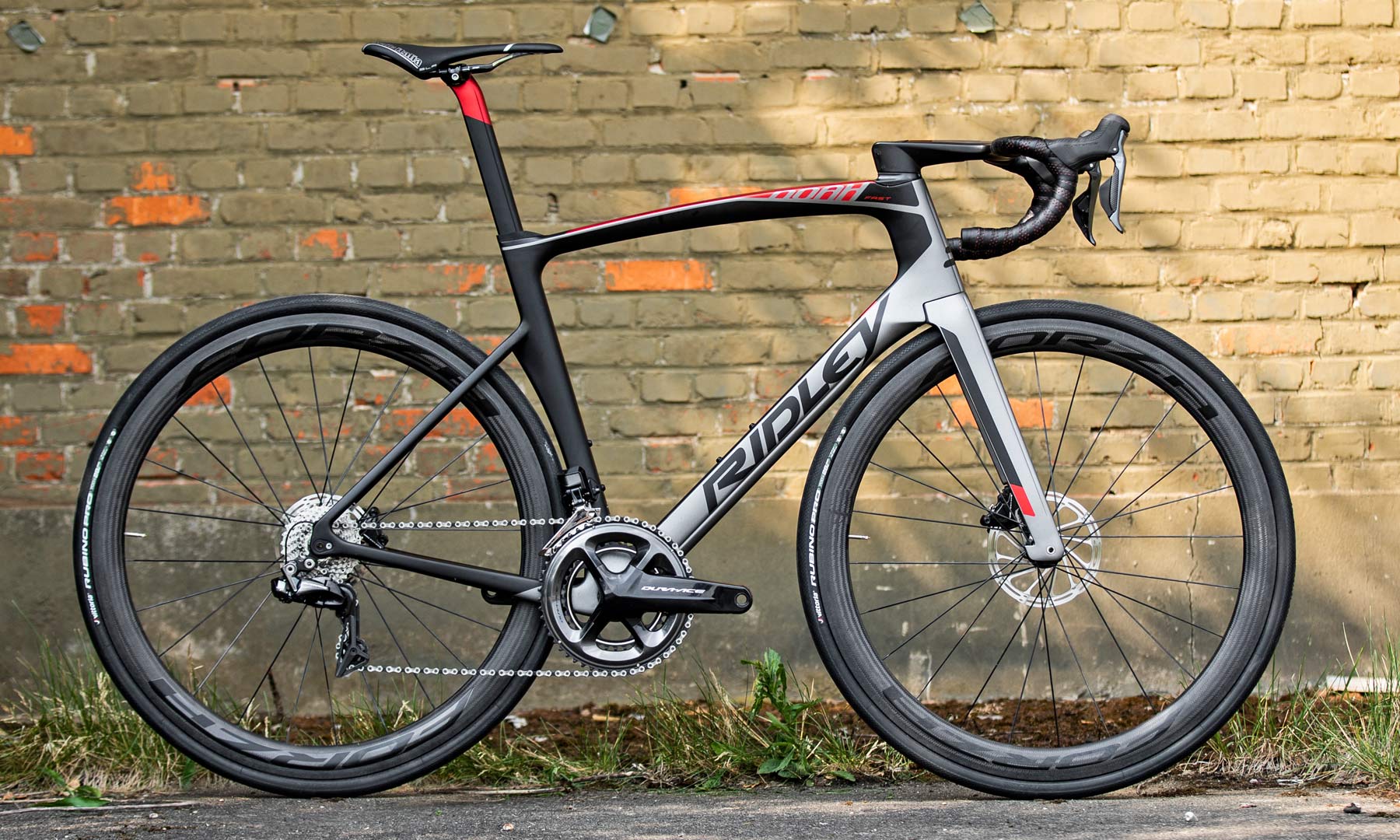 The disc brake Noah aero road bike has seen a few design iterations in the last five years, taking up the latest Noah Fast moniker back at the 2018 Tour de France (less than 3 months after UCI approval) – with both rim brake & disc brake versions on offer.

Going forward, it looks like the Noah aero road bike may drop Fast from its name, and becomes disc-brake-only. It’ll still be fast, and will likely keep its signature F-Surface grooves that claim to smooth airflow over the fork, downtube & seatpost by introducing up boundary layer turbulence. Ridley says that Lotto Soudal raced “modified Noah Fast Discs” developed just for Paris-Roubaix last October. So, maybe extra tire clearance and more vibration damping should be expected in the next version?

Both the new Helium and new Noah were approved already back in July 2021, so these new models could also pop up any day now! 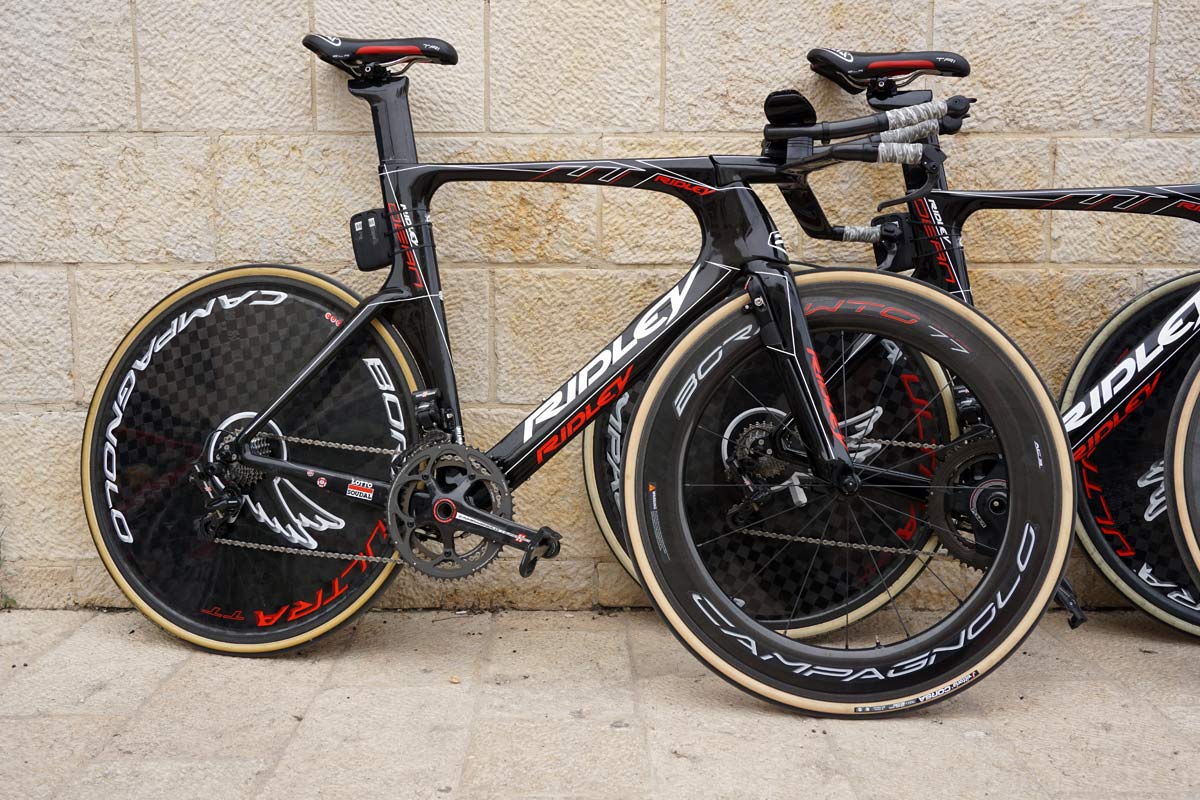 Not yet on the new UCI-Approved list, Ridley told us in late October that the Lotto Soudal team will not only be racing the Noah Fast Disc and Helium SLX Disc in 2022, they’ll also have a “new Dean Fast Disc time trial bike” at their disposal, as well.

Their current split-fork-leg, rim-brake-only TT bike hasn’t really seen a major redesign since 2013. So a modern disc brake overhaul wouldn’t be a big surprise, and quite long overdue.

Maybe with rim brakes out of the way, its front end will look more like this Ridley Arena TT track bike ridden by Victor Campenaerts to the current Hour Record back in 2019? 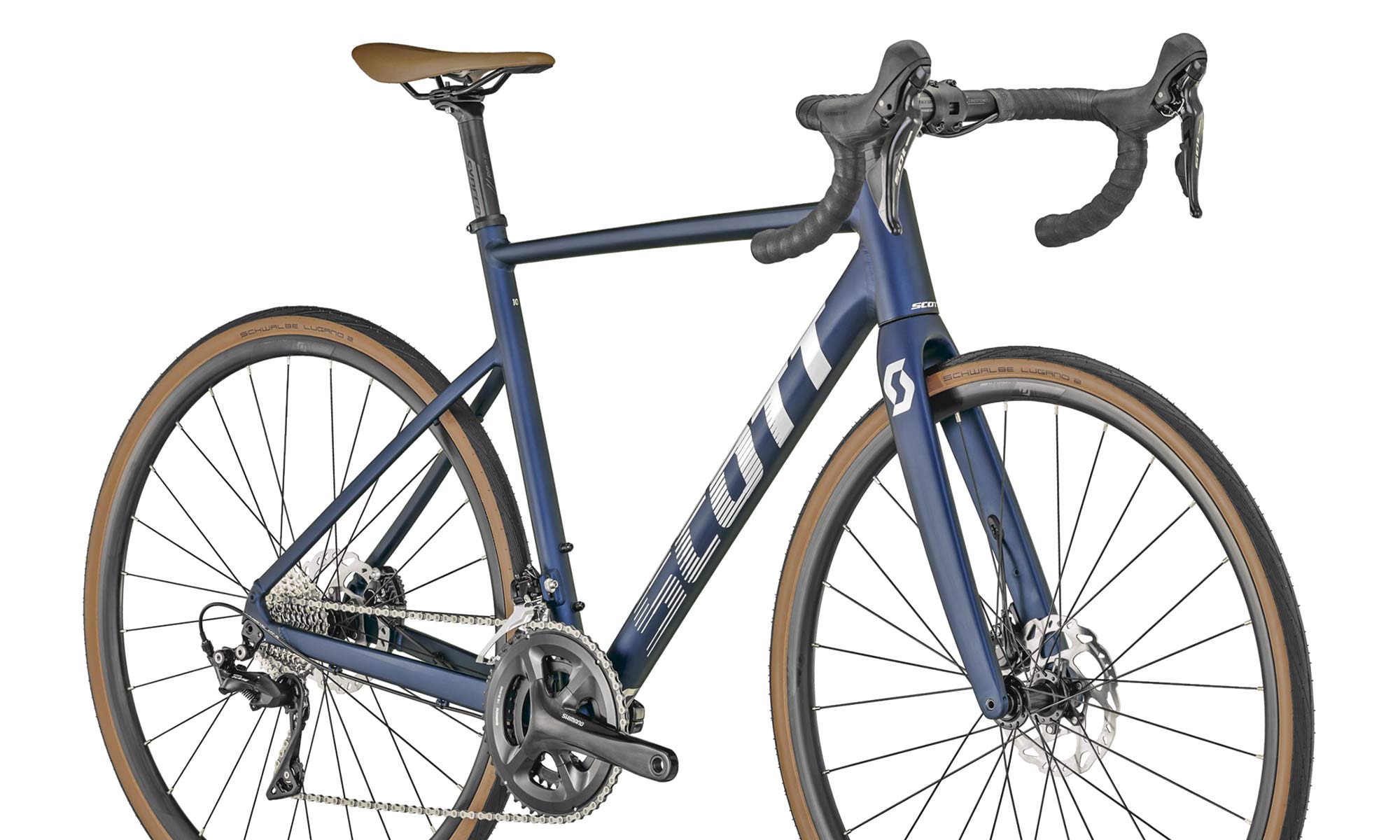 These two new Scott Speedsters are a couple more interesting additions here. Because, like the Cinelli, they’re not wildly expensive carbon superbikes. And because we have more complete details on them – now offered in 6061 double-butted alloy road & gravel variants. The Speedster line has long been Scott’s mid-tier aluminum road bikes, mixing a bit of race-ready Addict tech with much more affordable pricing and endurance comfort. 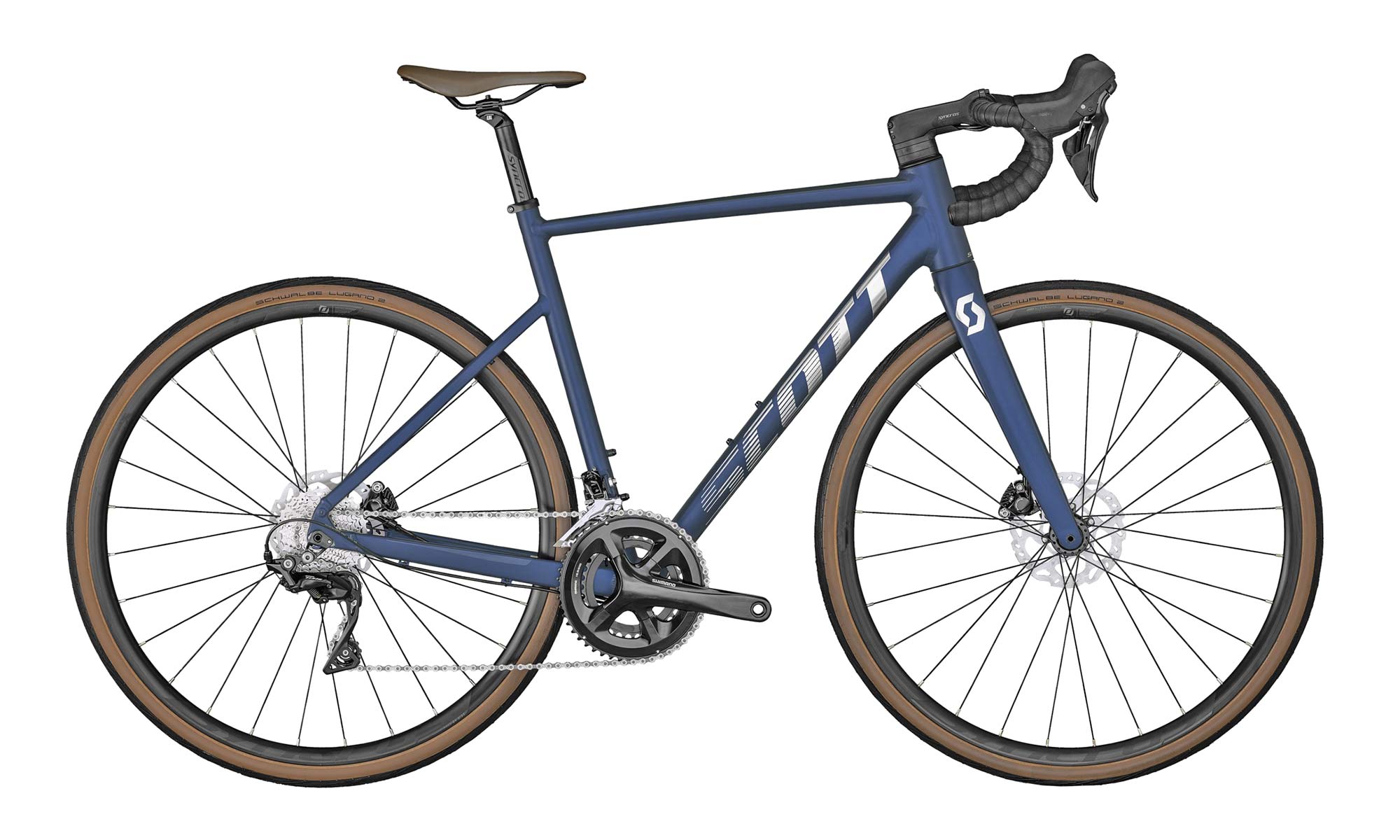 The latest Speedster Disc is the endurance road bike version, with up to 35mm tire clearance from 420mm chainstays and relatively long, stable geometry – in a wide seven-size range (47-61cm). The affordable alloy bikes are disc brake only, get internal cable routing hidden from headset to the bottom bracket, and neatly hidden full-coverage fender mounts. They have 27.2mm seatposts with external clamps, 12mm thru-axles, but BB86 press-fit bottom brackets. 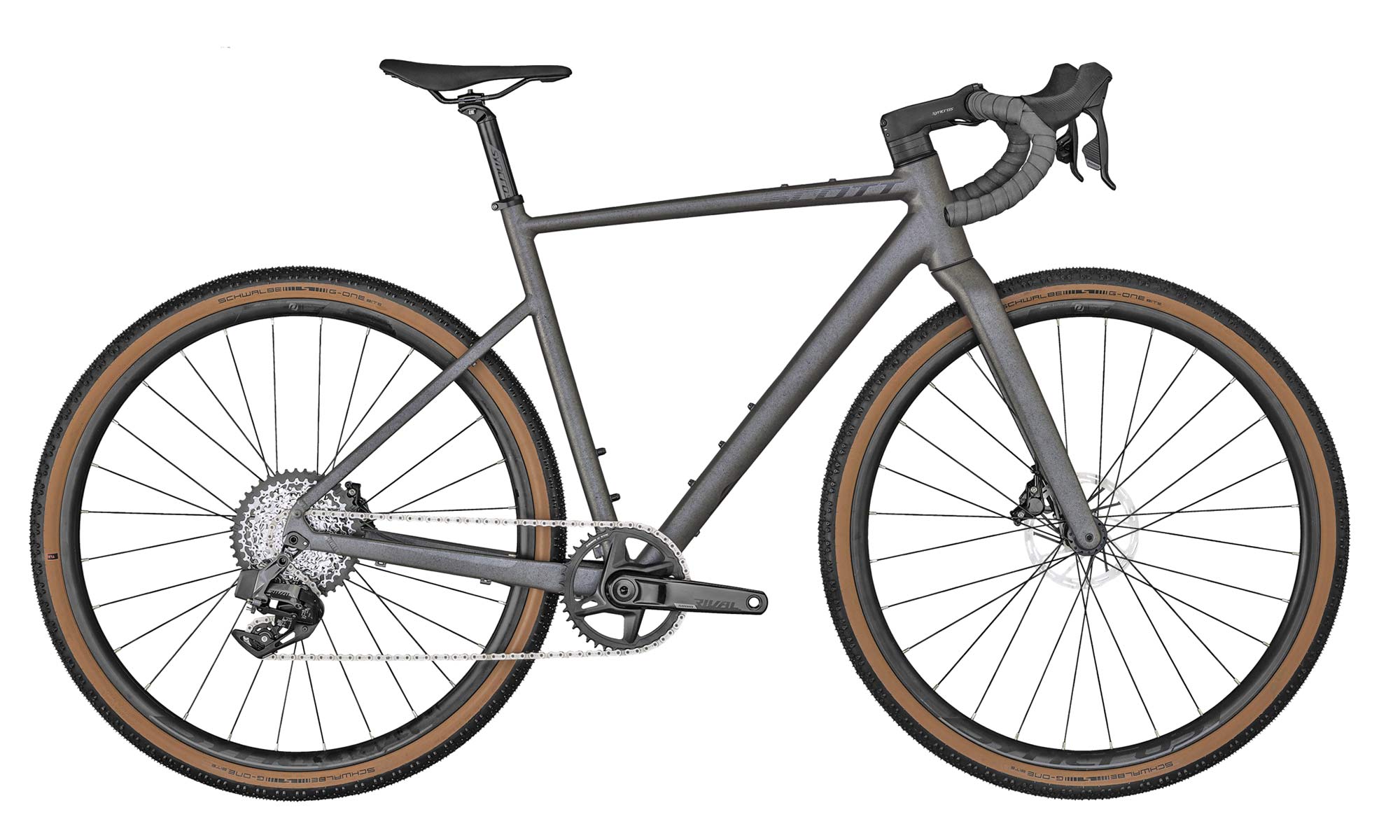 The Scott Speedster Gravel appears to be essentially the same frame, just with tweaked geometry, longer 435mm chainstays, and a bigger carbon fork to accommodate up to 45mm tires. The gravel bike variant also gets more mounting options with a 3-pack anything cage mount inside the main triangle, toptube bag bosses & a cage mount under the downtube.

While plenty of details are available now, it’ll still be until March 2022 before these are broadly available to buy. Check with your local Scott dealer for more detail: Scott-Sports.com 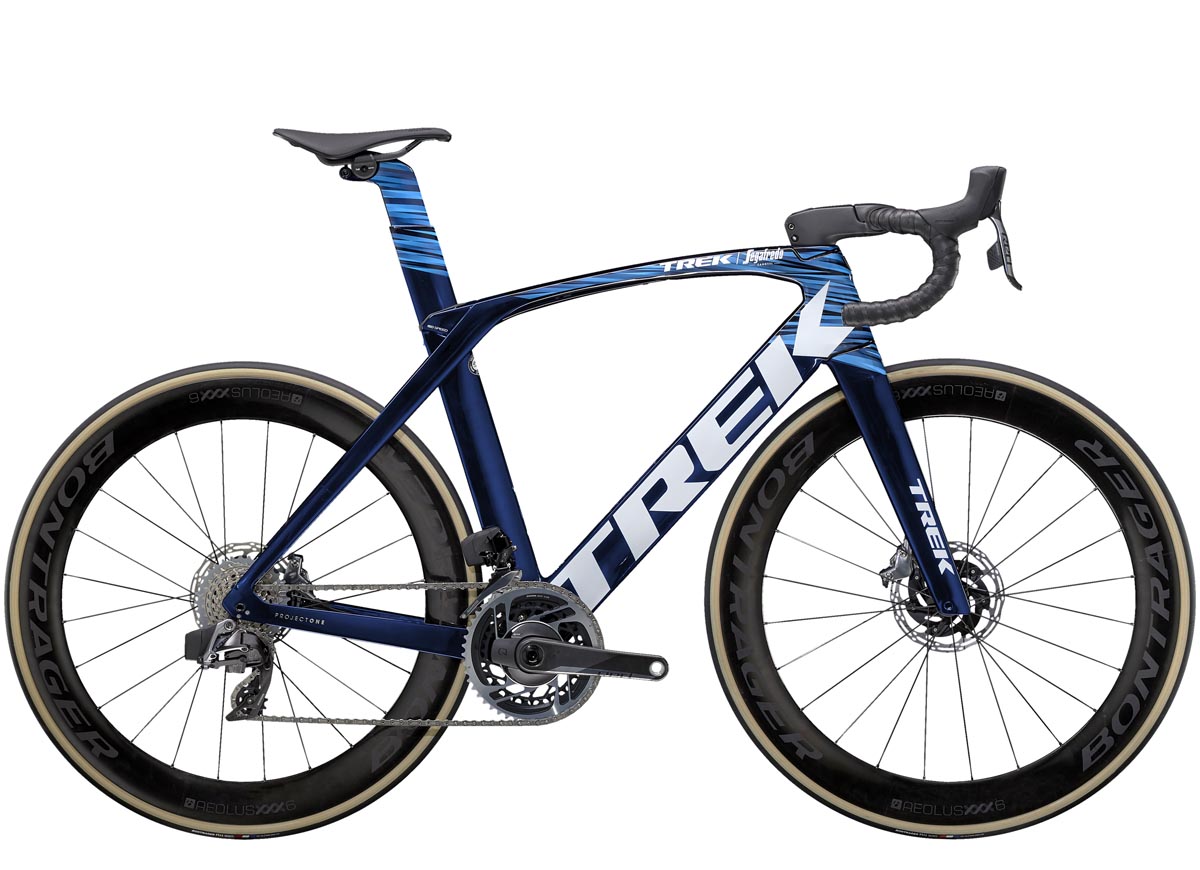 Back in November Trek unveiled a new pair of more aerodynamic Speed Concepts – TT & SLR. But now their popular aero road Madone looks set to get its own refresh. The current top-tier Madone SLR isn’t very old, adding the lighter SLR carbon version in mid-2020, but the Madone platform itself had its last complete redesign two years earlier.

What’s next for this full-integrated, IsoSpeed comfortable, disc brake aero road bike? The SLR update already made it lighter & stronger in a move to OCLV 800 carbon. The next iteration will almost surely make improved aerodynamic claims, maybe it’ll be even lighter, too?

The next gen Trek Madone received UCI approval all the way back in March of 2021 (two months after the Speed Concepts.)  It could drop anytime now! 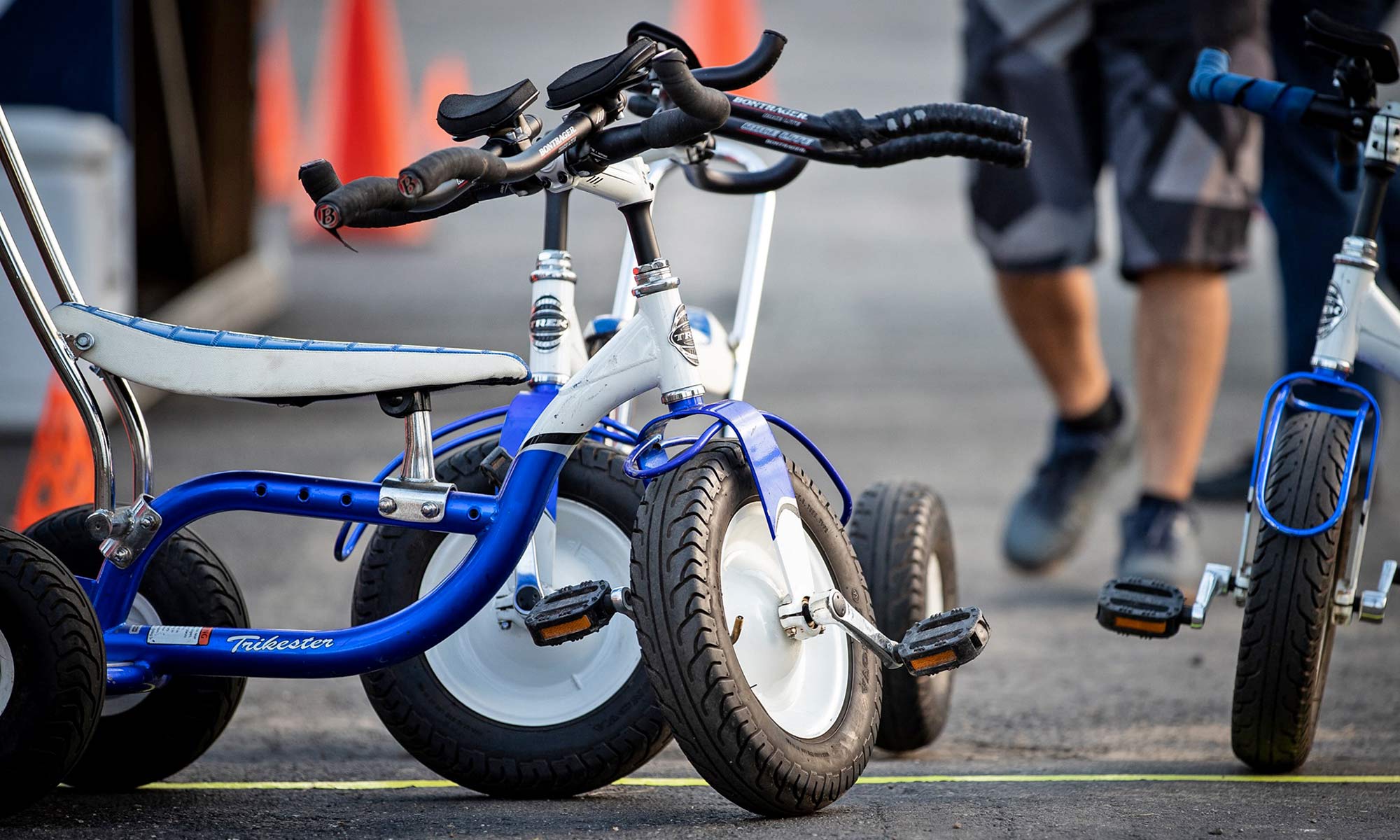 Let us know in the comments below, what features would you like to see added to the next generation of road & time trial bikes in 2022?

Ridley, looks like they haven’t done any design work it eons, things must be rough at HQ

The Trek Madone on the list is just the updated OCLV 800 / T47 update.

@Eugene, but the new MY22 UCI approval came 9 months after that MY21 Madone SLR became available?

There is a new Madone coming that’s lighter, more like the popular SL7

Timeframe on that new madone? Was going to pull the trigger on a current one.

“The next gen Trek Madone received UCI approval all the way back in March of 2021 (two months after the Speed Concepts.)”

This timing indicates that this is a new update, not the T47/800 OCLV update (which I have, fantastic bike..).

The UCI code for the “new” Madone listing is Trek-063. That code is on the stickers of current Madones.