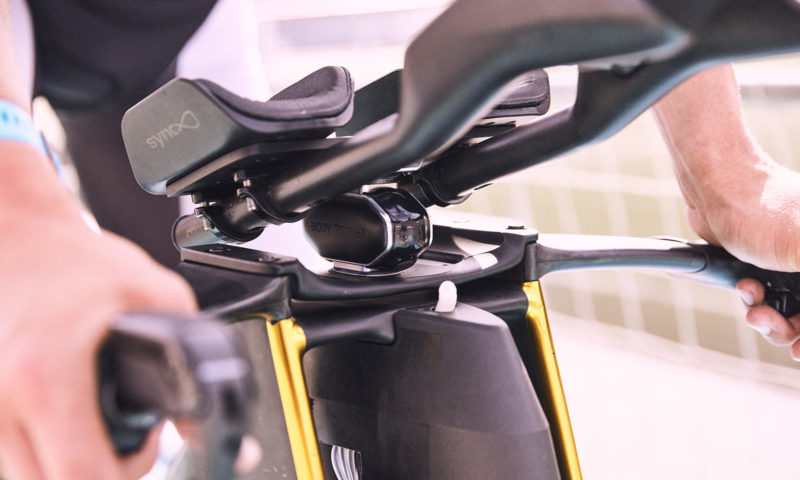 The Body Rocket is a new sensor kit that’s designed to measure drag in real-time, helping you achieve optimal positioning on your bike in any situation. By combining sensors at the seatpost, handlebar, and pedals, it measures speed, weight, power output, and more to give you a live CdA figure right on your Garmin cycling computer, letting you see instant feedback on your position.

The system is seeking investment in the U.S. and just closed a €439k European funding round. Former hour record holder Alex Dowsett is among their advisers and investors, and they’re working with several top road and triathlon pros and coaches. Here’s the details…

How does Body Rocket measure drag?

The difference between Body Rocket and other systems that we’ve seen  is that it’s using multiple components to measure a wide variety of forces. To date, on-bike drag measurement has come from a clip-on air pressure sensor with piton sticking off the front (see Notio, SwissSide, AeroPod and Velosense).

Those systems measure the system drag of the rider + bike, giving you a total CdA number that combines drag created by your body and the bike itself. Body Rocket says that makes it difficult to isolate the impact your body is making versus a component swap, where you may simultaneously change your riding position slightly. 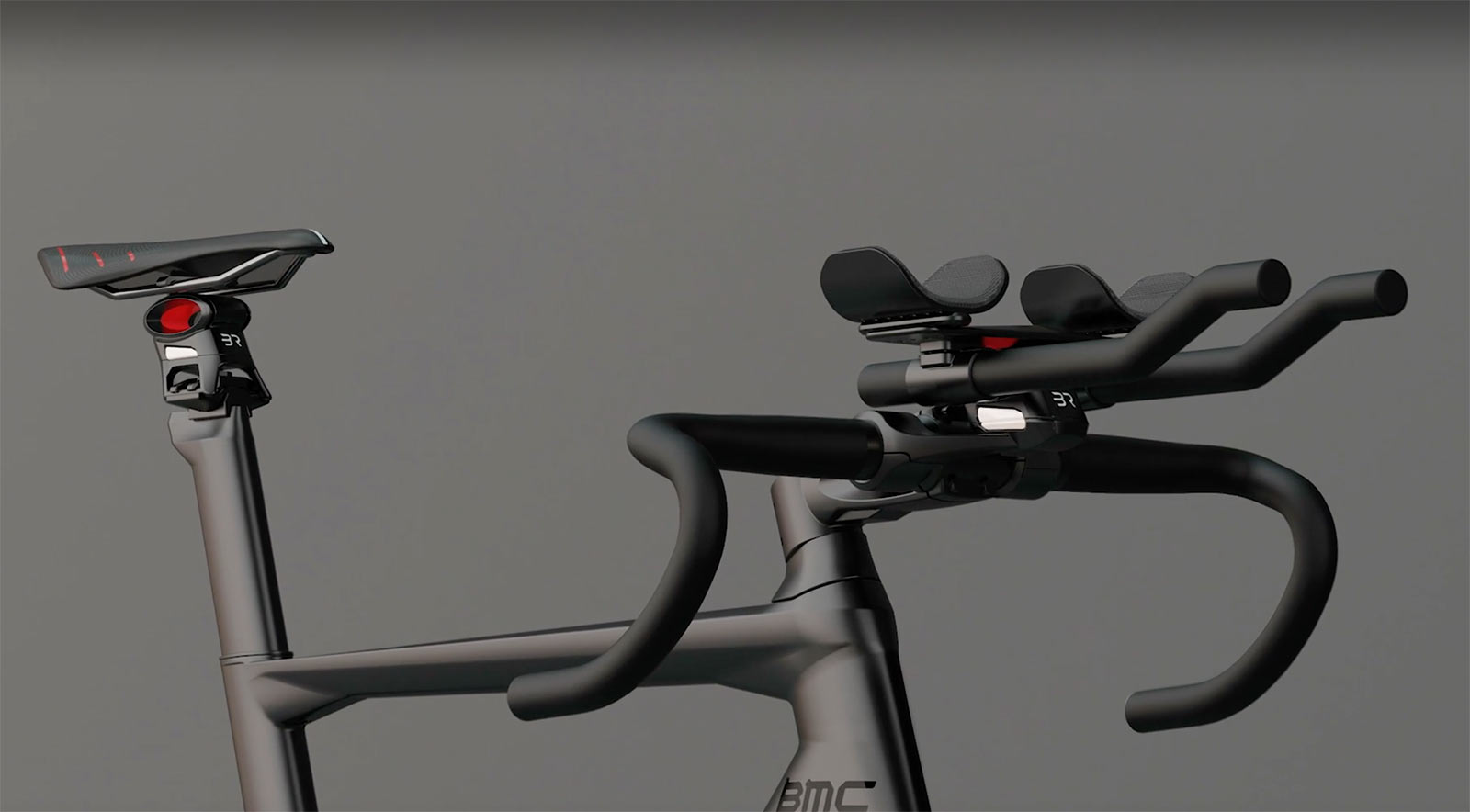 Instead, Body Rocket places (at least) three sensors on the bike, one each under the saddle, handlebar, and pedals. This isolates the rider from the bike and adds other metrics to the data.

Body weight is one of them, as is downward force. This lets them see how your changes in weight (sweat loss) over long-distance events change your CdA number. It also shows them how you change your body position and weight balance between saddle and handlebar…not just micro adjustments to stay comfortable, but how you may favor one leg or another, weight the bar on attacks, climbs & descents, etc.

They also measure horizontal forces, telling it how much the wind is pushing (or drag is pulling) you backward in relation to the bike. 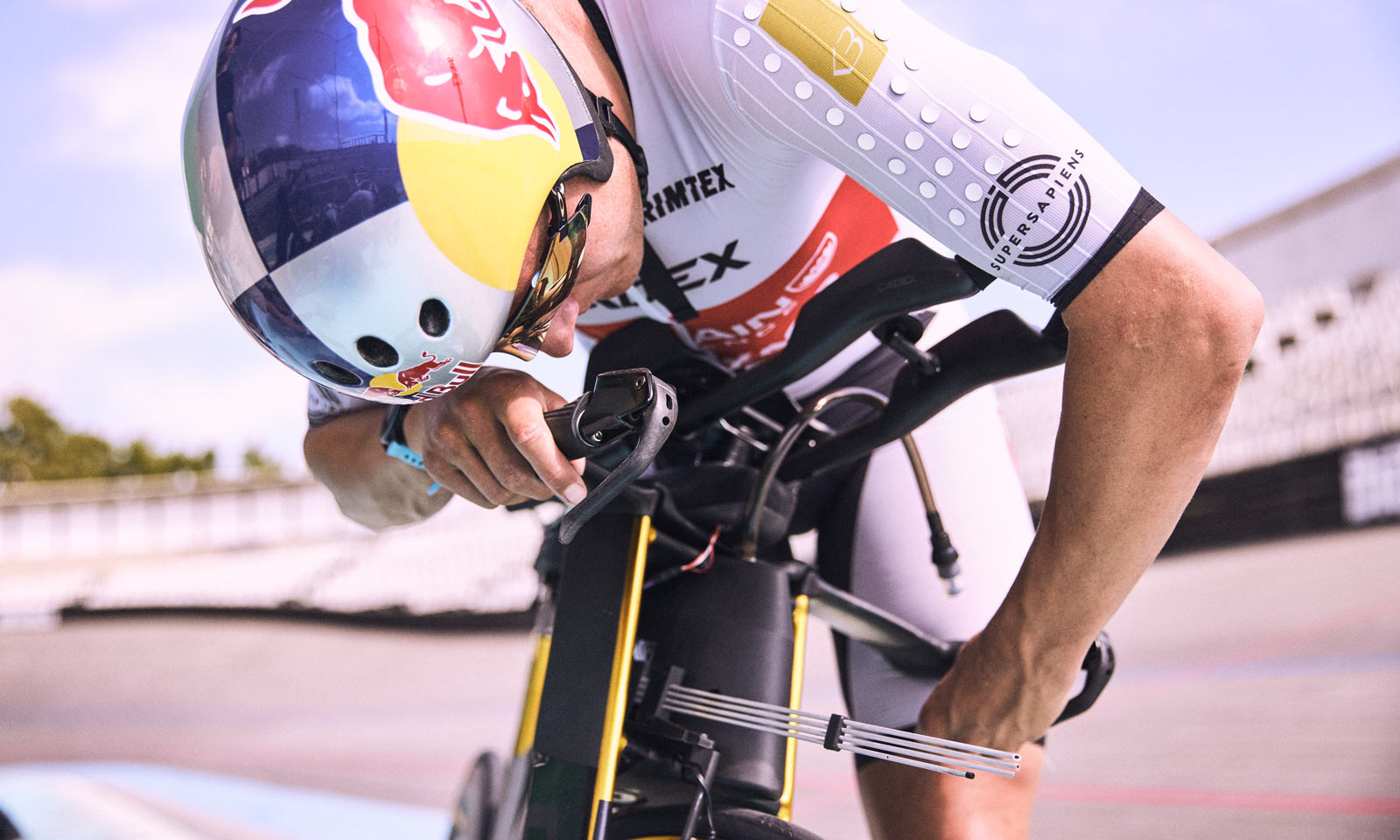 And, hiding in there somewhere are air pressure and wind speed sensors, but they say they’re going to be refined and slimmed down (and might be an additional part that’s added to the bike, which is what you see on some of their test bikes. 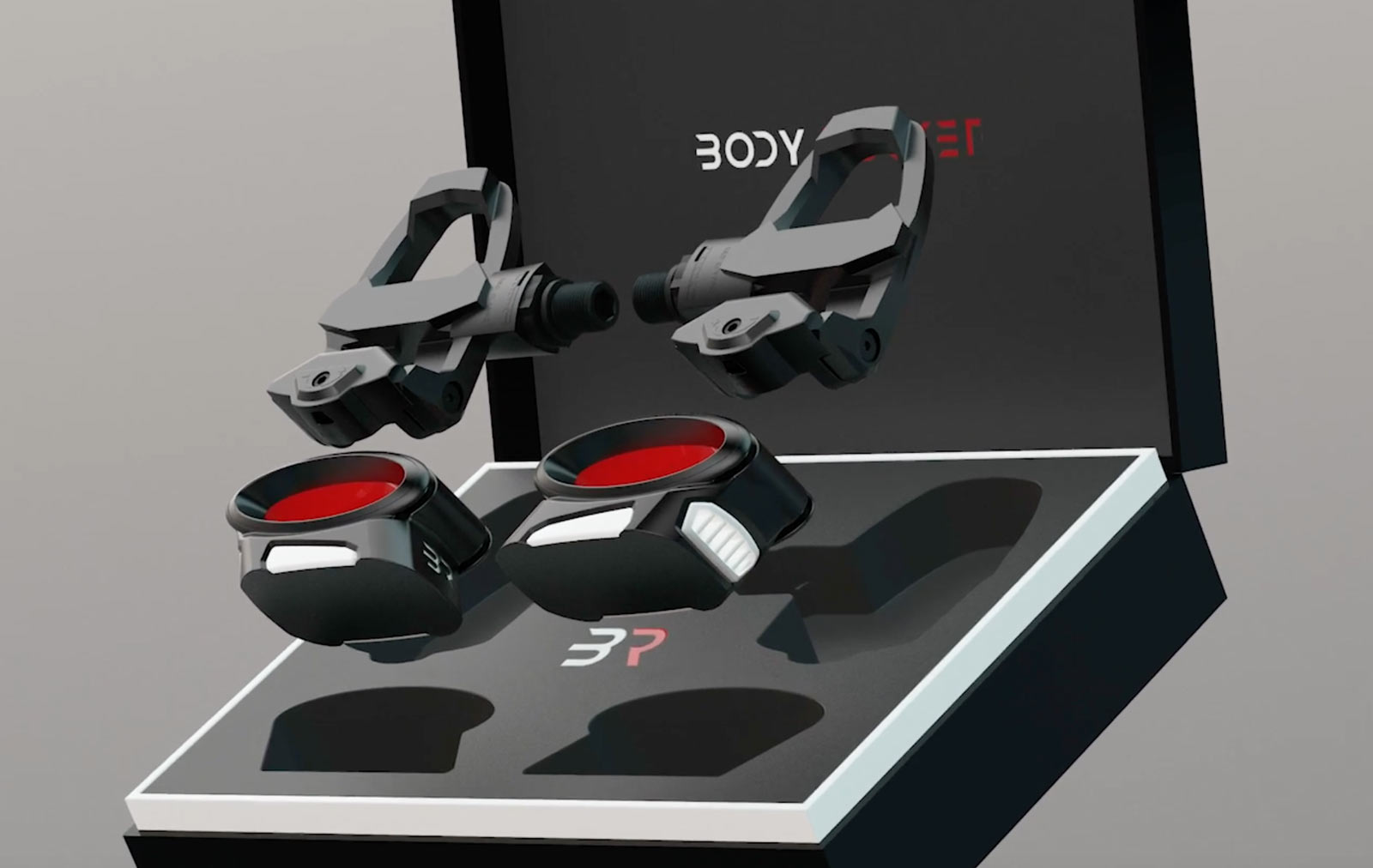 The system is still in development, so these images are renderings and the look and feel may change…and there’s no current explanation for how these pedal inserts (platforms?) work other than that no, they don’t add stack height, and “the pedal sensors are actually built into our proprietary pedal system which forms part of the complete system”.

So, no, you can’t use your own pedals, but their system will have a built in power meter, so you don’t need to add one to your bike just to use this. They’ll be compatible with Look cleats initially.

They say there are two different stem or handlebar options planned, but initially it’ll be focused on aero extensions for TT, track, and triathlon applications. 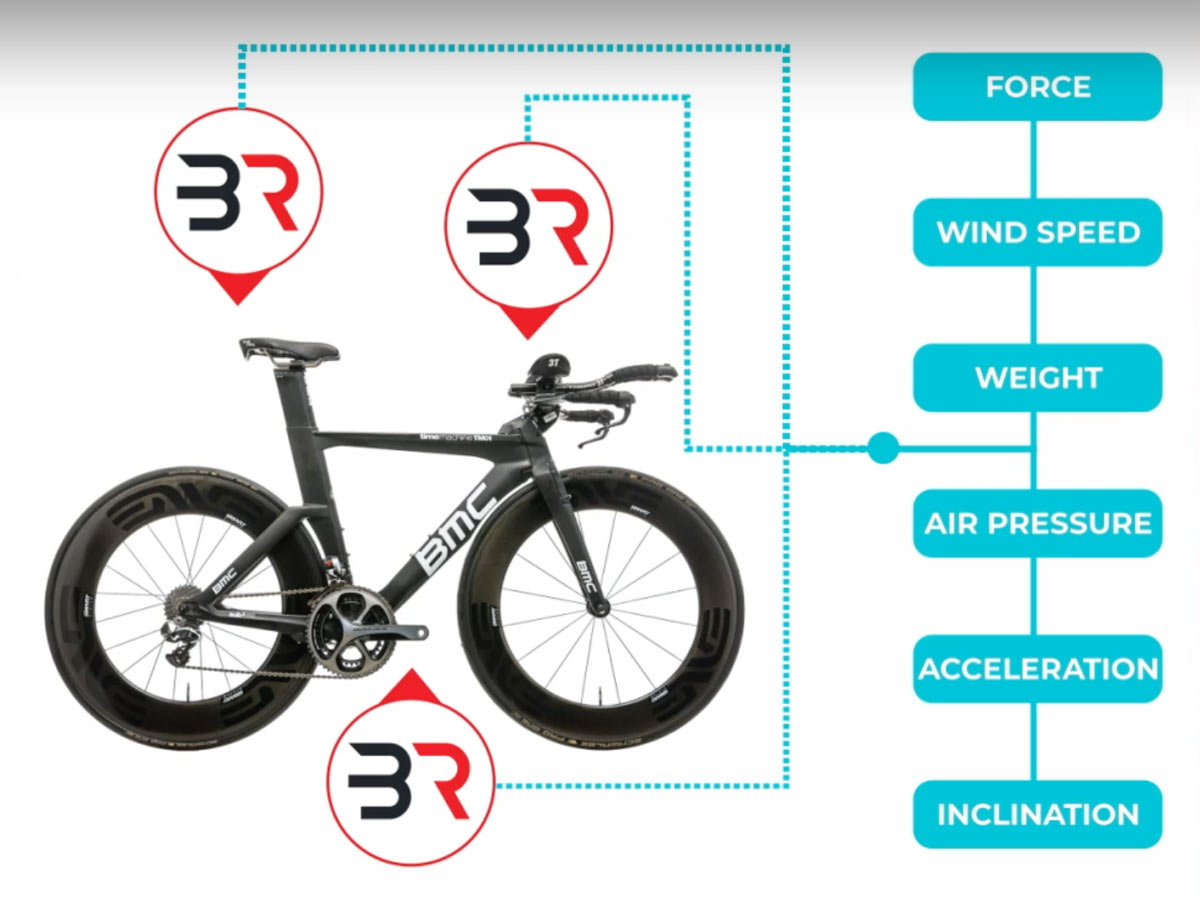 Target price range is between €1,500 to €2,000, with a goal to release it in mid to late 2023. For now, they’re inviting interested parties to contact them directly for investment opportunities.

“This lets them see how your changes in weight (sweat loss) over long-distance events change your CdA number.”

That’s some accuracy if correct.
How does it separate tyre rolling resistance from air drag?

How are their numbers being validated? Is there a standard wind tunnel they can compare to? I would like to see a Bland-Altman Analysis to see accuracy.