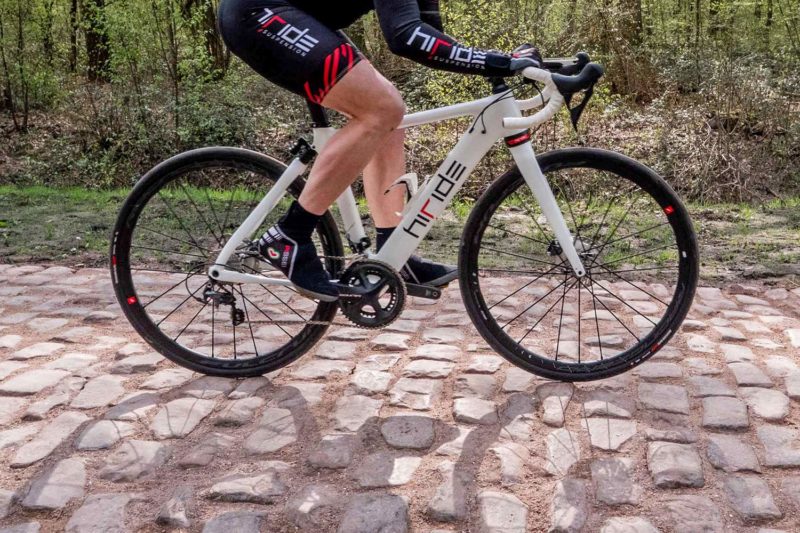 Two weeks ago we saw Pinarello’s full-suspension Dogma FS road bike race Paris-Roubaix using Italian engineering firm HiRide’s electronically-actuated front & rear shocks. Well, even though Team Sky didn’t opt for discs, HiRide themselves were out hammering the same cobbles on their own full-suspension disc brake road bike, and this one isn’t a Pinarello… 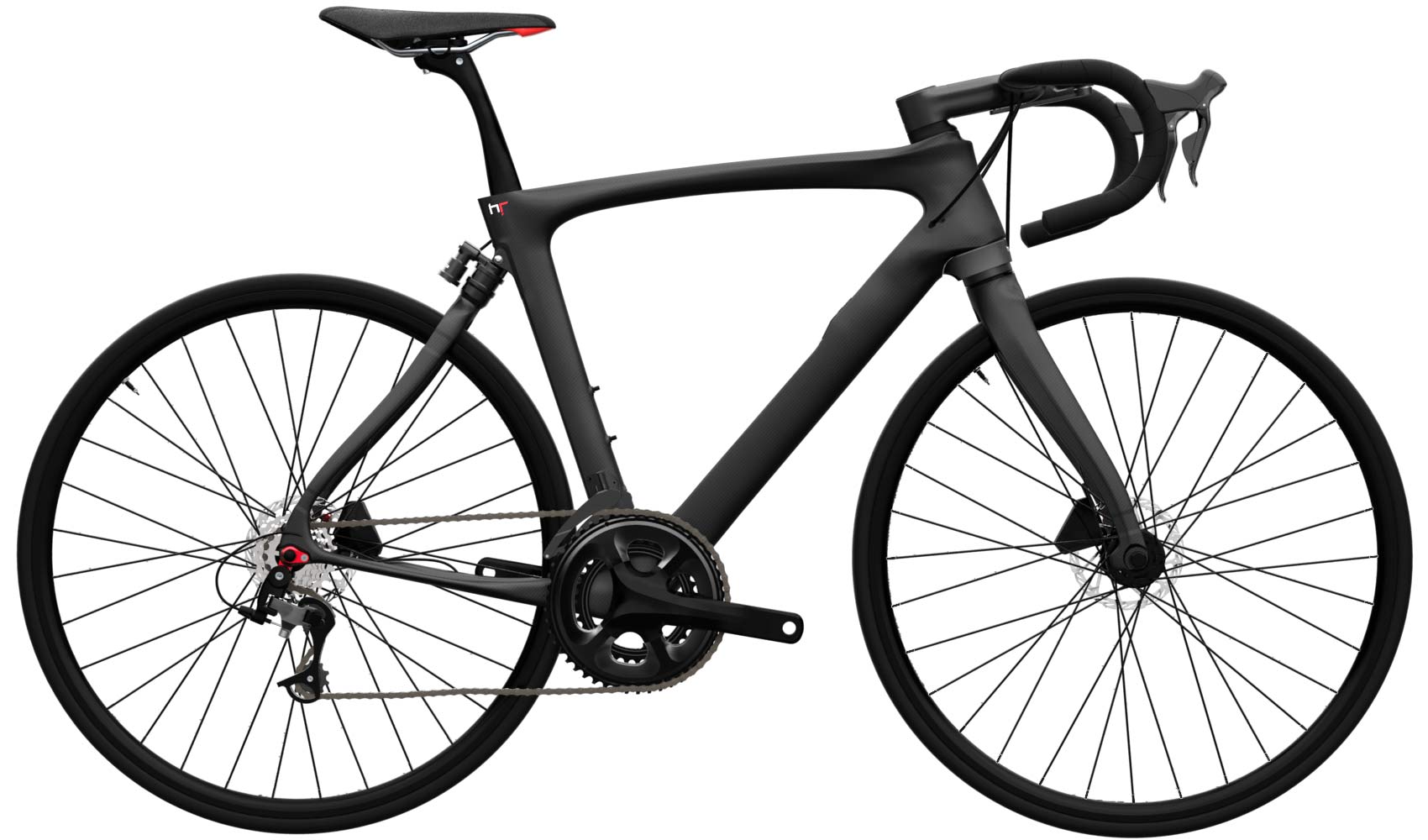 All we saw at the time was a 3D rendering of a full-suspension road bike with disc brakes, obviously borrowing the swoopy lines of the Pinarello Dogma K10S Disc that they co-developed with its rear shock. 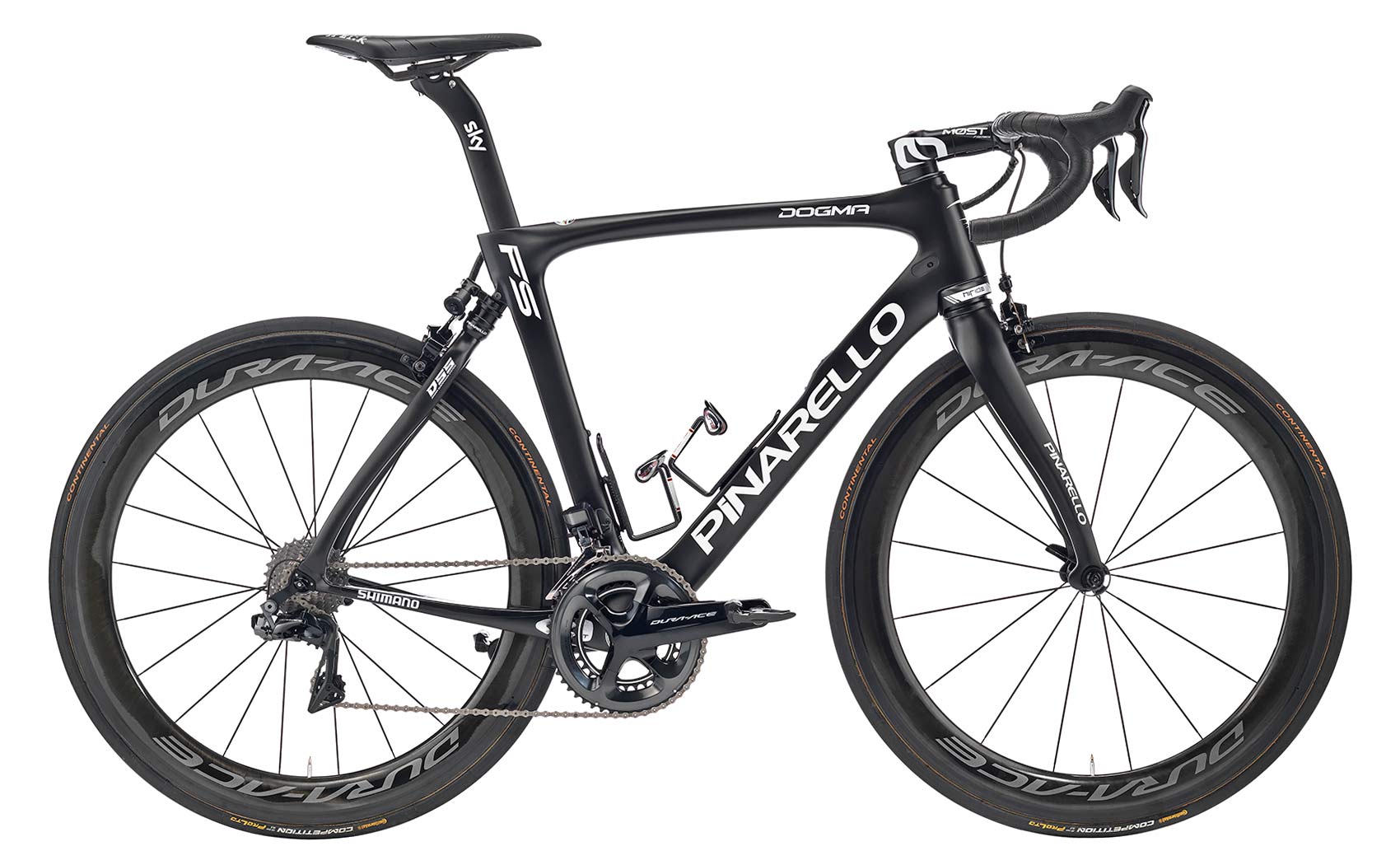 In the year since, Pinarello went on to fully develop the full-suspension Dogma FS sticking with rim brakes, but apparently HiRide saw fit to develop their own disc brake version independently. 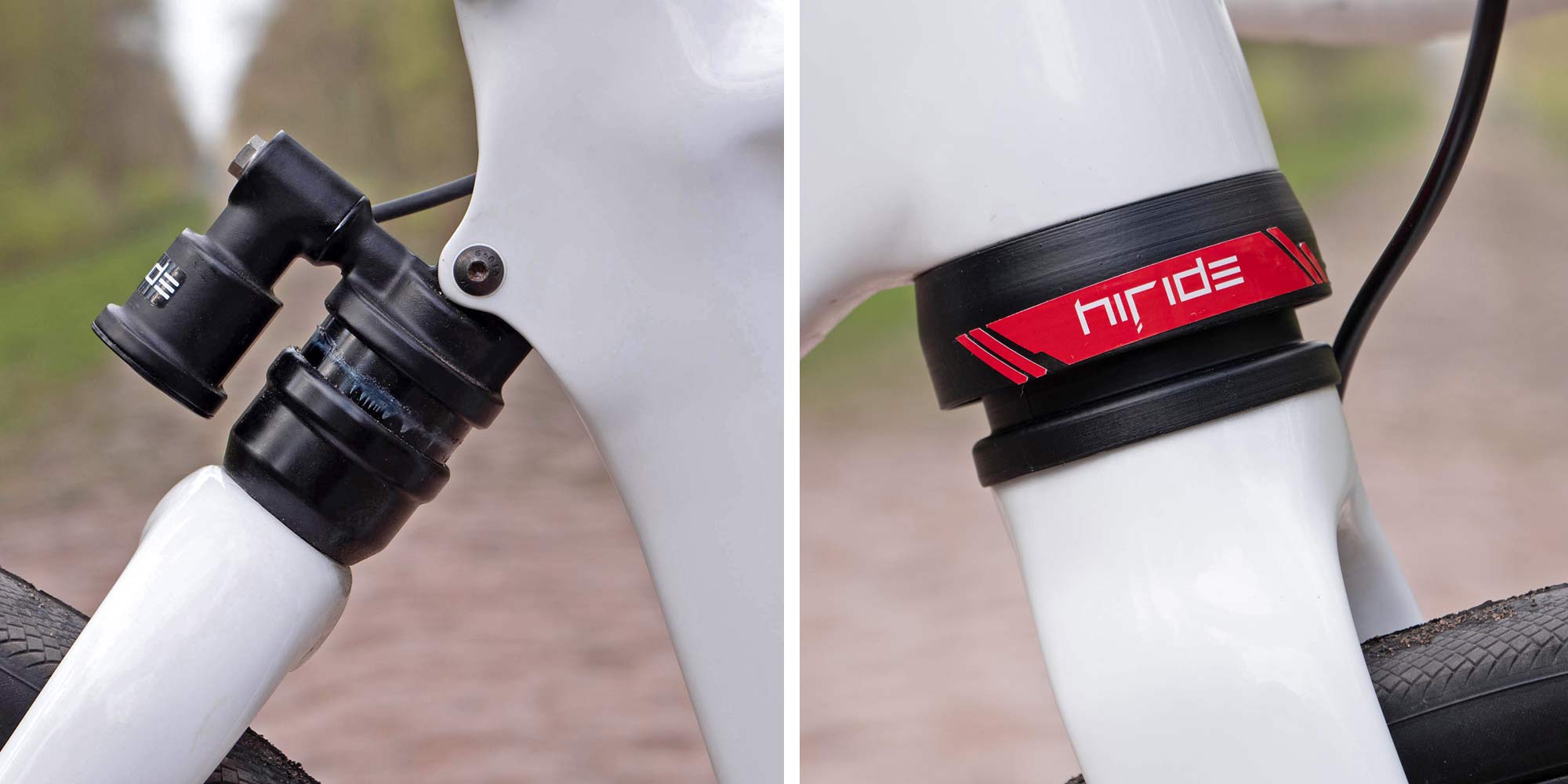 all other photos c. HiRide

Both bikes share the same eSAS suspension tech (Endurance Smart Adaptive Suspension) the world’s first electronically-actuated and automatically controlled front & rear suspension for premium road race bikes. The rim brake Dogma FS looks set to be the first production bike to use the eSAS tech (it does have a UCI-approved sticker), but HiRide’s version suggests that more versions are in the works. 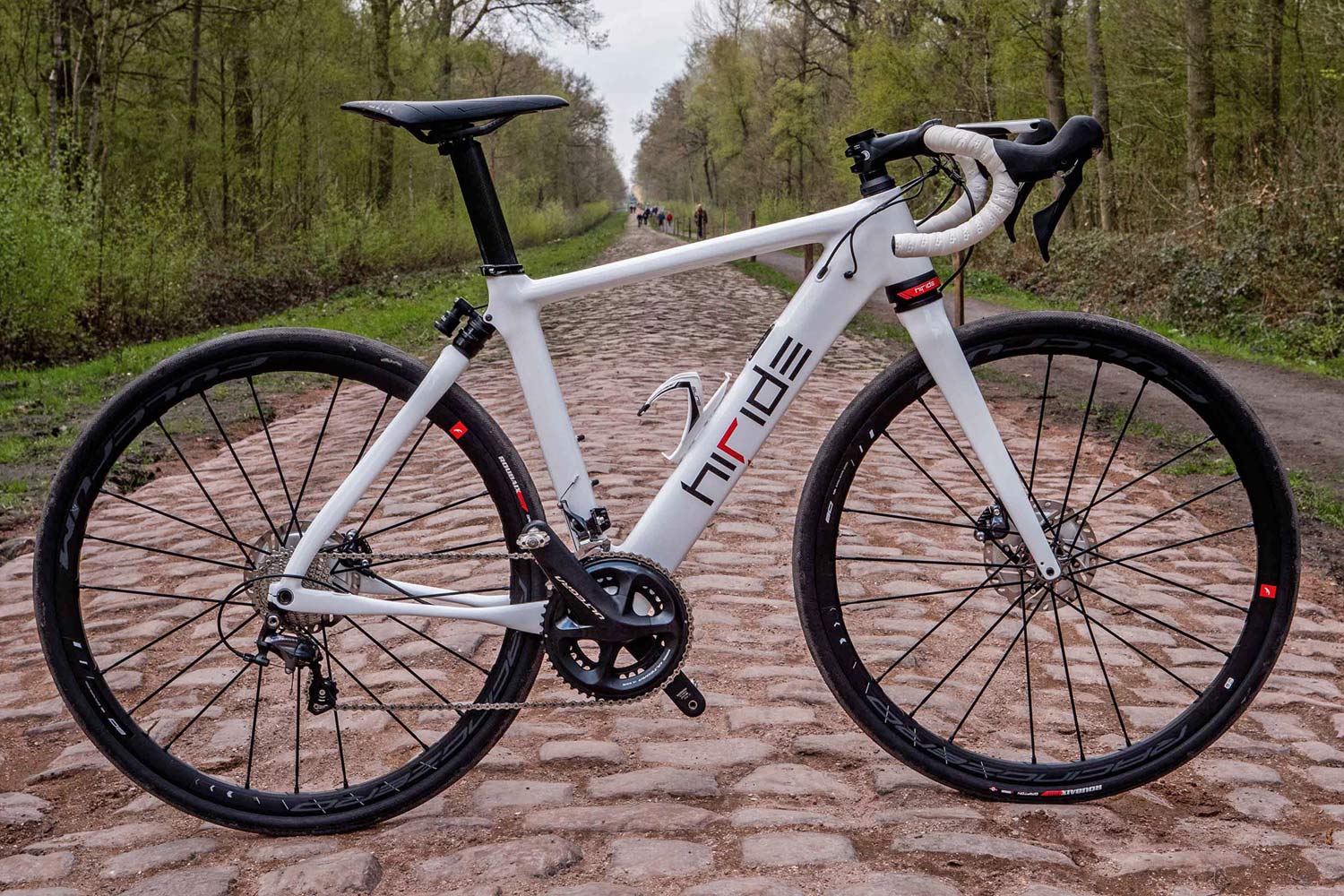 What do we know about HiRide’s own full-suspension, disc brake road bike? It uses the same relatively basic core suspension as the Dogma FS… Up front, a non-adjustable coil spring inside the telescoping steerer tube giving 20mm of travel between the fork crown and the lower headset cup of the frame. In the back, an elastomer sprung shock that relies on chainstay flex to deliver 11mm of rear wheel travel. While the springs are basic, the controls are sophisticated. 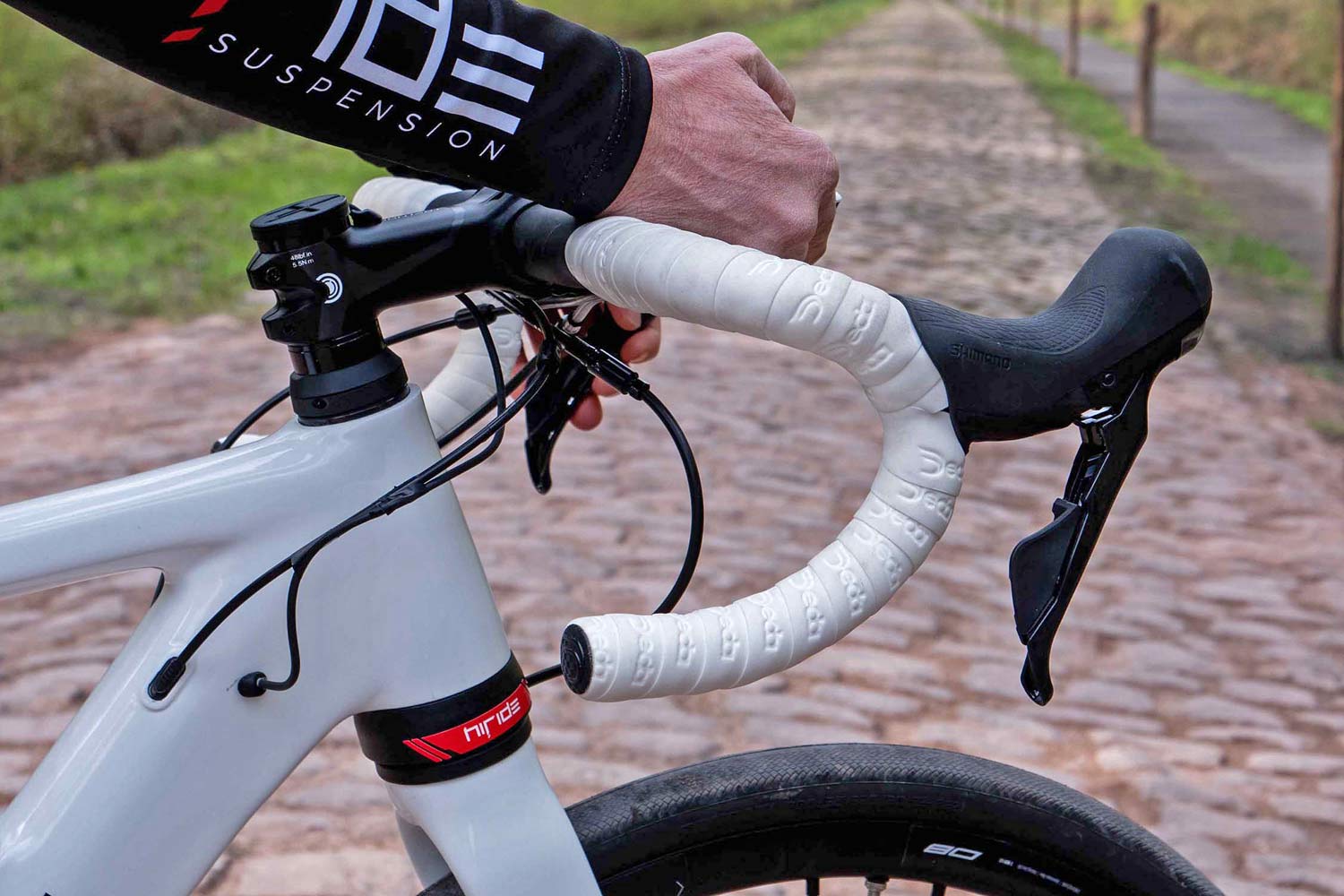 Both front & rear use electronic hydraulic lockouts that are controlled by the central eSAS system. A series of onboard accelerometers & gyroscopes detect bumps, isolate out separate rider input (like bouncing & bobbing), and in realtime lock out the front, rear, or both together. You get a completely locked-out, stiff & rigid road bike feel on smooth tarmac, and almost instantaneous (0.1sec claimed response) open micro-suspension when bumps are detected. 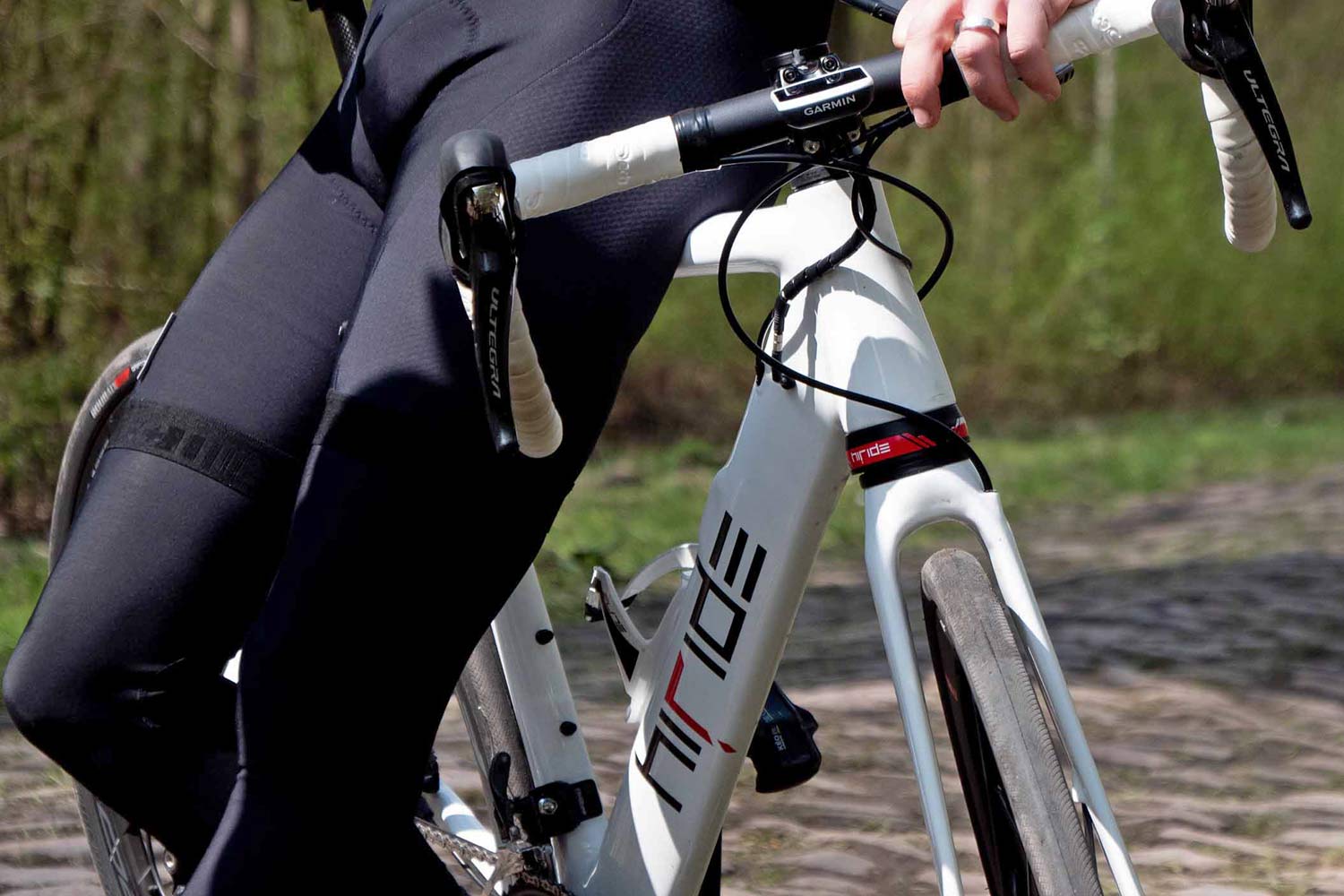 Everything is totally automatic and can be configured for a plush comfortable ride or a stiffer race-focused feel. The system also has a physical button (located on the downtube of this & the Pinarellos) that lets you override and lock out the suspension too. And it also communicates via Bluetooth & ANT+ to offer control and system monitoring on your standard GPS cycling computer or smartphone. 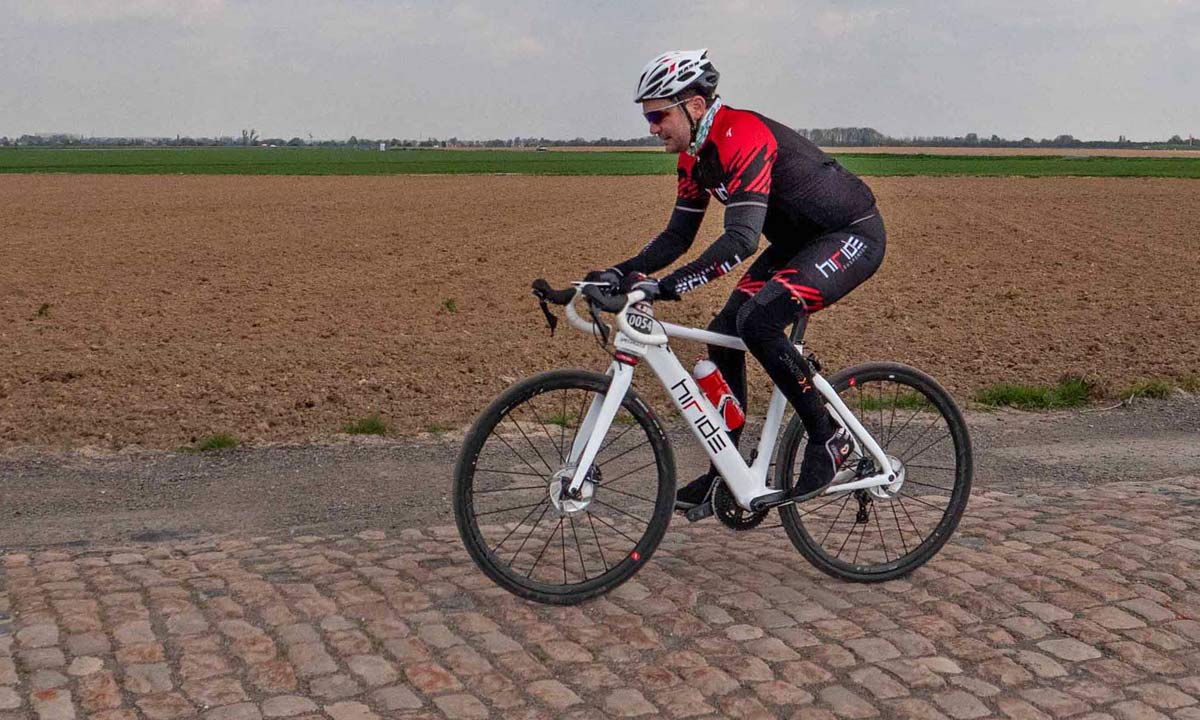 These HiRide branded all-road bikes seem to simply be proof-of-concept, rideable prototypes, not something you can buy. HiRide is a technology company as is working with several companies to try to bring their eSAS tech to market on a number of road, all-road and gravel bikes.

HiRide’s Technology Chief Domenico Borgese sees it as an additional comfort & control solution “that will definitely become a must for any amateur cyclists that clock up thousands of kilometers every year”. We look forward to seeing what bike companies jump on the concept.

The road market is rediculously resistant to change but I would be interested in trying something like this on pavement and even more interested in a mixed surface version. Just like fat bikes taught us on the dirt, squishy tires aren’t the same as proper suspension.